I very much think that what a park's flagship attraction is will vary depending on the market you are targeting. If we take Alton as an example, for the thrill-seekers the flagship ride will be Nemesis or The Smiler, whilst for young families it will be CBeebies Land. People who haven't visited the park before will currently see Glactica as the flagship attraction with that being the new addition for this year and the attraction which is being heavily marketed.

Whilst many people do see a flume as a core part of any theme park, I think that as long as a park had a decent range of rides then the absence of a flume shouldn't be an issue. I suspect the reason the possible absence of a flume attraction may be such a discussion point currently will be partly down to the ride closures which are in place at the park - once the rides which are currently closed for TLC are open, plus with hopefully another addition next year (something which is of course yet to be confirmed), by the time SW8 comes along in 2018 we should have a reasonable range of attractions again.

Owen wrote:
Let's not forget that Heide Park (another Merlin park in a country with a very similar climate) removed their flume for Flug Der Damonen - I don't see many saying "oh I wish we had the flume back" now!

Owen wrote:
Let's not forget that Heide Park (another Merlin park in a country with a very similar climate) removed their flume for Flug Der Damonen - I don't see many saying "oh I wish we had the flume back" now!

True, but SW8 is, in my opinion, highly unlikely to be a disappointment. If Alton announced that SW8 would be an SLC I think there'd be a boycott

I think what Owen was saying was that based on past additions by the company in question, SW8 will probably something spectacular, far better than a flume ride. This is a more accurate comparison as it actually looks at the company who will be designing SW8 as opposed to a random amusement park who wanted a cheap new ride.

And BPB have Valhalla, stop complaining

Infusion is hardly a good comparison, firstly it's a second hand attraction, secondly BPB isn't part of a major franchise and thirdly, we know that Merlin wouldn't drop to that standard as they have the money to put amazing attractions in.

How deep is the lake? Can definitely seeing parts of this ride being in dug up parts
Top

scruffy_ wrote:
How deep is the lake? Can definitely seeing parts of this ride being in dug up parts

It's not that deep, I'd say maybe up to an average waist. I'm not sure. Seen as they drain it every year it can't be that deep as to drain a deep lake would cost money and there's nothing Merlin hate more than spending money

I suppose there is point waiting for the day when Merlin pull their ego out of their back side and stop obsessing with this "worlds first" culture. They are perfectly capable of just making a good coaster. Dollywood were getting the first launched woodie but that's been delayed.

I suppose the phrase "a new concept" is still open to just meaning Alton.

It's a shame because right now I think a Rocky Mountain Hybrid coaster is the right thing at the right time. Not sure if they've got the room in mind for something like this mind.

Hell, I'd be happy with a floorless sitdown B&M.
Top

Vladimir Bobinski wrote:
Hell, I'd be happy with a floorless sitdown B&M.

Me too tbh, but I highly doubt it as the gp would see it too similar to the smiler I think.
Top

The Secret weapon and world's first is what brings guests back from all around the world to try this new coaster. It what draws new guests and old back to the park.
Top

Nemesis was an SW but not a world first. I would say it has quite successfully drawn guests new and old back for a while now! Look at Maverick at Cedar Point. It's not the longest, fastest, tallest or a world first, yet it provides one of the most exhilarating steel coaster experiences in the world.
Top

People from TATA steel have been spotted on site. 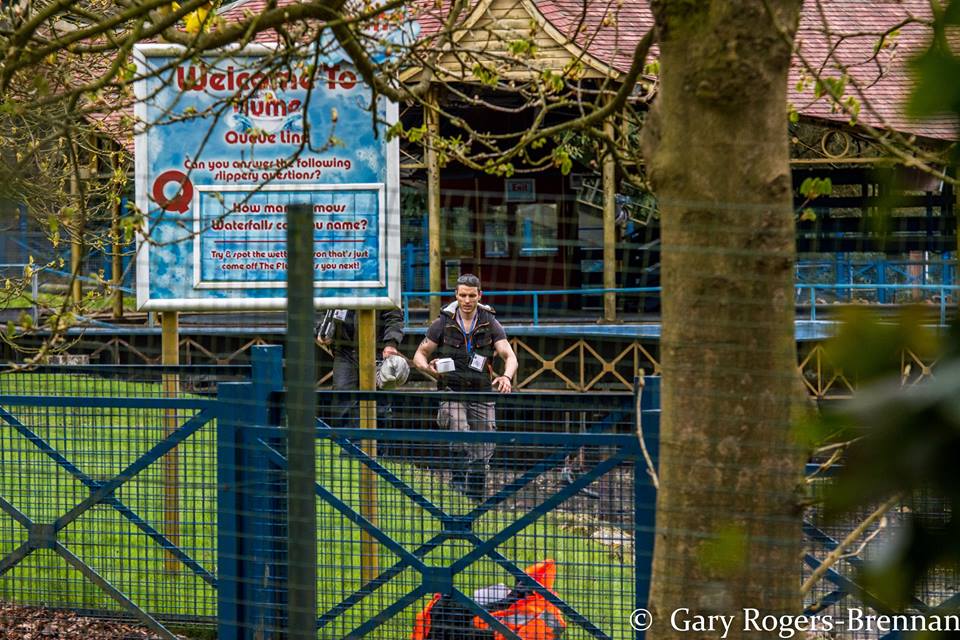 Liam.W wrote:
People from TATA steel have been spotted on site.

"I wonder if that duck will invest in our steel works"

Maybe Towers will get the steel for the coaster (if it is steel) from them for PR stuff? Sounds like something Morwenna Angove would do!
Top

Ok geeks, which manufacturers use TATA steel!?
SeaWorld has rescued over 35,000 animals in need![/i]
Top

it might not be for SW8 itself, they are probably there about scrap metal from the flume

This information might be useful to those who know about the construction/deconstruction of rides and building in general.

Here is the caption they put with the photo:

Theme Park Photography wrote:
There is currently a lot of people million about the old flume station and new ‪#‎sw8‬ site, one of these appears to be from Tata Steel. ‪#‎altontowers‬ ‪#‎newride‬ #sw8

And here is something they put in the comments:

Theme Park Photography wrote:
It was ground work surveying, looking more like building from the places samples of soil were removed

COASTERGUY246 wrote:
it might not be for SW8 itself, they are probably there about scrap metal from the flume

I'm surprised there not started clearing the site yet.
Top

COASTERGUY246 wrote:
it might not be for SW8 itself, they are probably there about scrap metal from the flume

I'm surprised there not started clearing the site yet.

I'm guessing it's due to the complexity of the flume itself. I imagine going exploring the park in 10 years after dark, and finding the giant duck in the tunnel in working order

Users browsing this forum: No registered users and 260 guests
×