Dom wrote:
With regards to The Welcoming, i'm not excited one bit yet. The name is underwhelming and I just have this feeling that its going to fall flat. I think they are trying to redo what they did with The Sanctuary and I feel that they are going to mess it up. I hope i'm proved wrong though!

So its not just me!

Since CoS used to open at 1pm unhindered in 2014. I can only assume that The Welcoming will either be a mostly outdoor maze, or otherwise have one of its main scenes, outdoors.

I personally think it will be either largely show-based, (like HoM) or be some form of scare-show rather than a maze.

Ask for location. Surely, it would have to be within 5min of the other mazes, which rules out haunted hollow and FV. Given that Altonville Mine Tours, Uncover The Legend of The Skin Snatchers's entrance is in X Sector, I think that the old location for Scary tales, is a very lightly candidate for The Welcoming's location.

This begs the question. Where will Freakshow be?
Top

Freak Show is already confirmed on the Scarefest Website as being "near Spinball Whizzer" so it will be in the same location as last year. This means that it is impossible that The Welcoming will take the former Scary Tales route as this will be required for the safe route around the scare zone.

Perhaps it will be in the area where Zombies! Scarezone was. That's close enough to the Towers, surely?

But the noise from Rita/DF entrance speakers would be a major issue there!
Top

Perhaps The Welcoming could use the Hospitality Suite near Spinball. This would work if it wasn't quite a proper maze attraction but if it is a bit more like The Sanctuary... having taken into account some of the information about the maze and the details we have on SW8, I would personally have to say that Haunted Hollow is still a more likely location.

Tom170499 wrote:
Perhaps it will be in the area where Zombies! Scarezone was. That's close enough to the Towers, surely?

This area is used more as a staff area now. The gate was open the other day and it is currently not fit for a maze or scare zone. Also, the path is very short and area is very small for them to turn it into a maze of the same quality as the other three!

Robert W wrote:
Perhaps The Welcoming could use the Hospitality Suite near Spinball. This would work if it wasn't quite a proper maze attraction but if it is a bit more like The Sanctuary... having taken into account some of the information about the maze and the details we have on SW8, I would personally have to say that Haunted Hollow is still a more likely location.

I originally thought about this as a location before the maze was announced, but now it has been confirmed as 'The Welcoming' then I strongly believe it will utilise the Haunted Hollows pathway. It may even deviate from the pathway slightly into the woods. This pathway is also close to the SW8 site and is quite contained.

Looking around, the other suggestion for the maze is the Courtyard Tavern as this has now been closed off. It may be related to the planning application, but it is an interesting development. I'm still expecting The Haunted Hollows to be used, but it opens up another possibility.

Was on park yesterday, got a few pictures of Scarefest construction. Nothing overly exciting has happened, but seeing the construction in person has gotten me so much more excited.

ToTT could possibly be entering through an entrance at the front of the ruins, which would then lead up a staircase, round Her Ladyship's Garden and then into the conservatory. 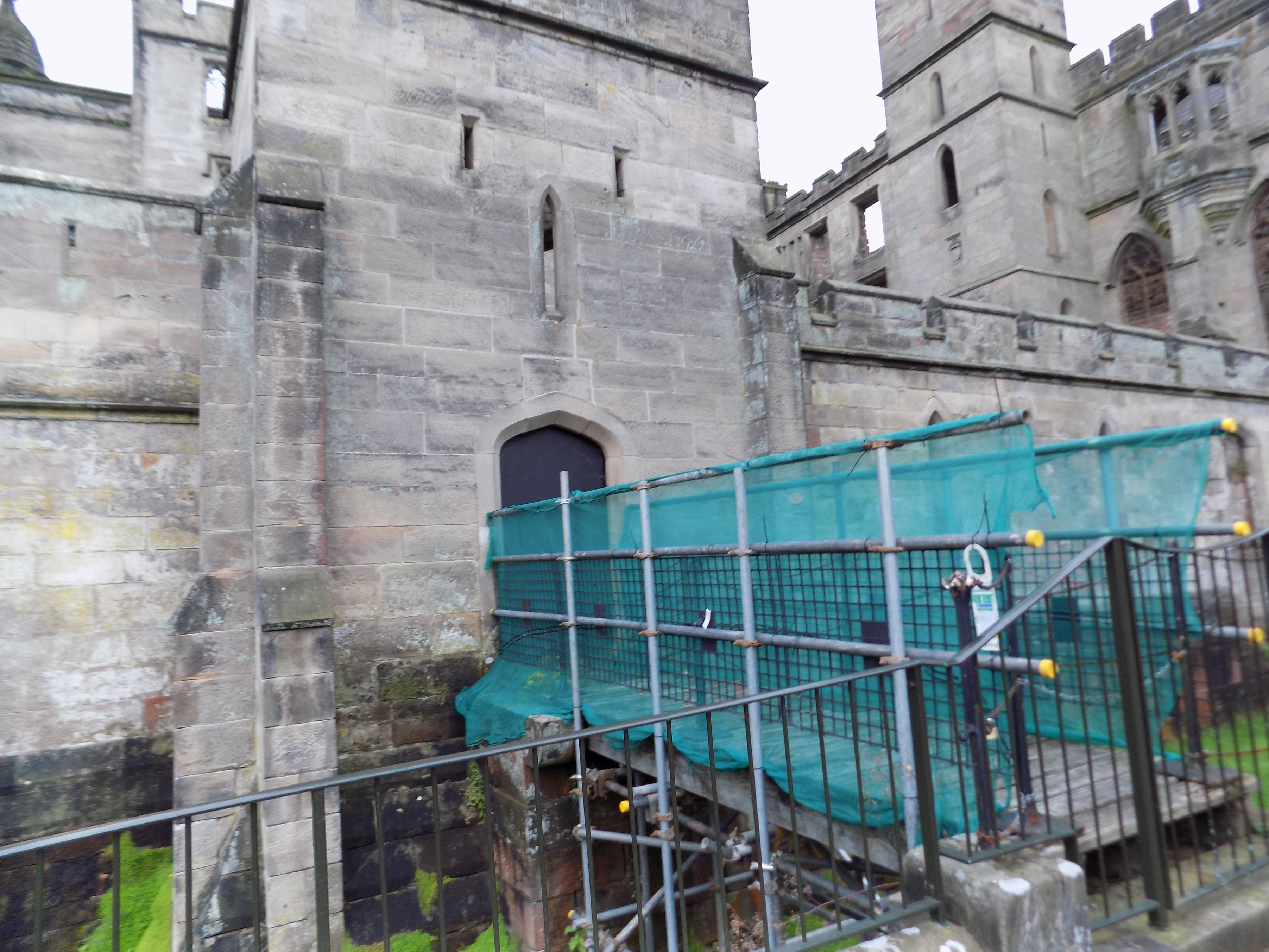 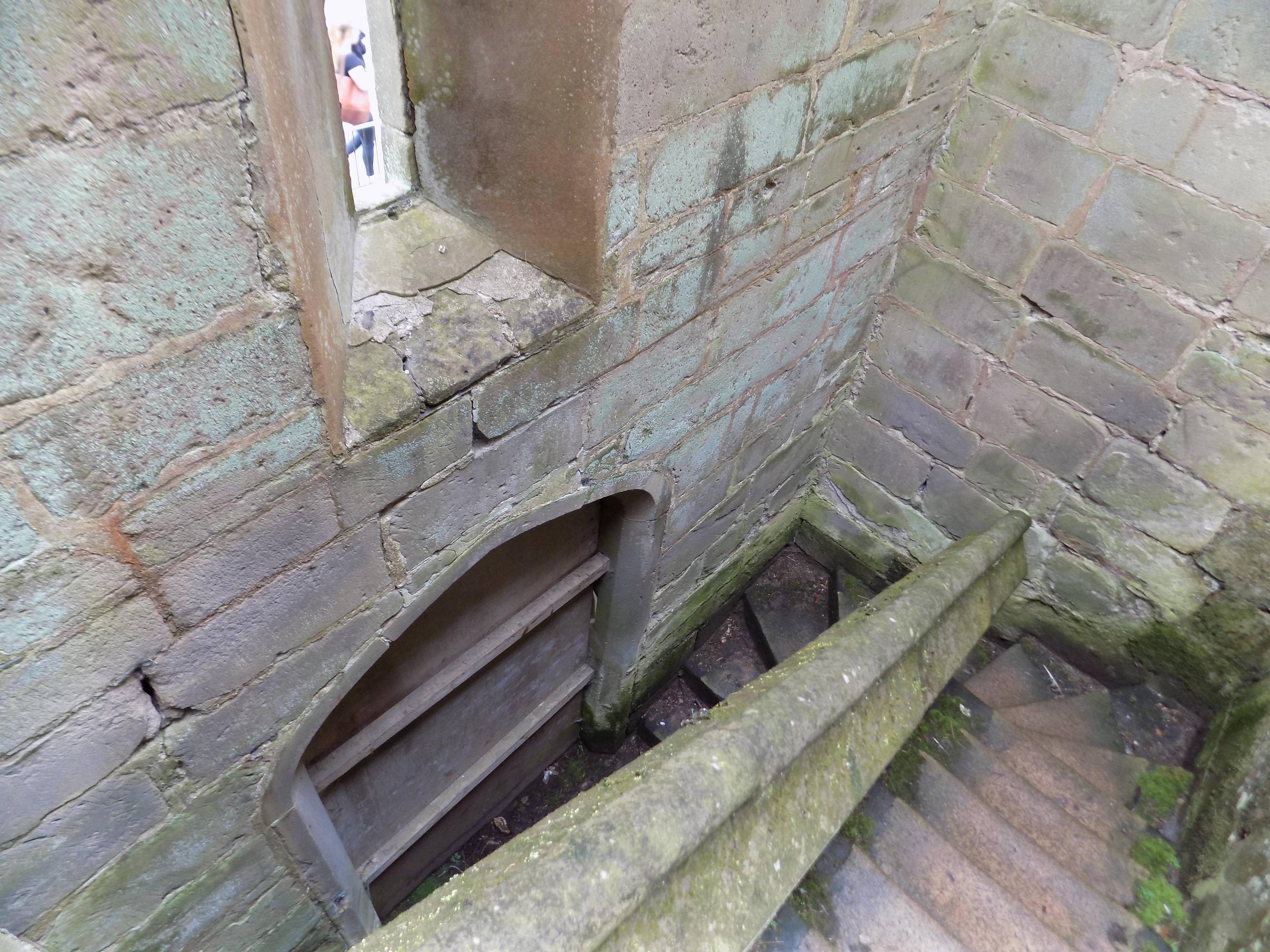 The exit has been covered by a long piece of black felt, presumably so natural light doesn't get in. 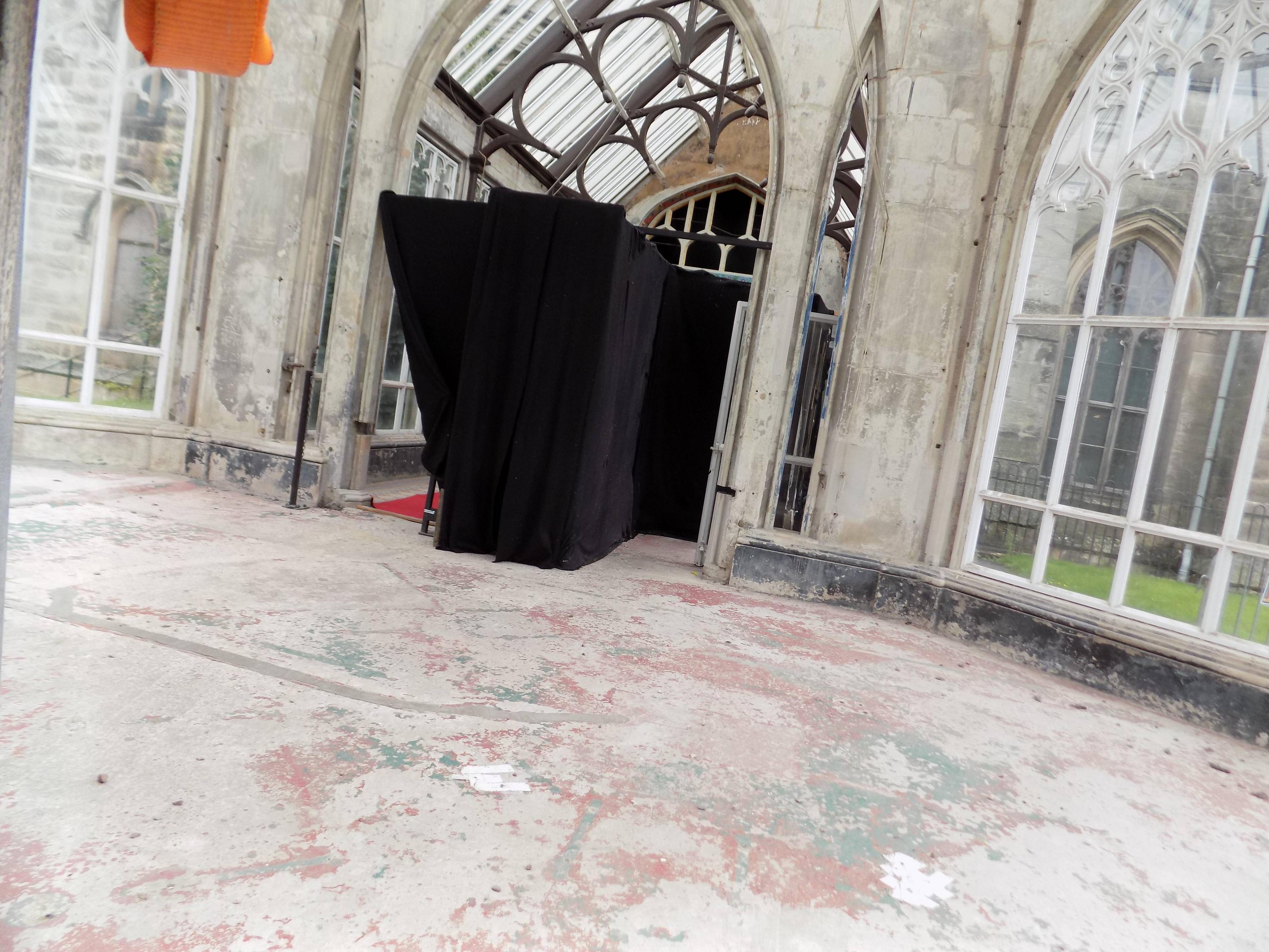 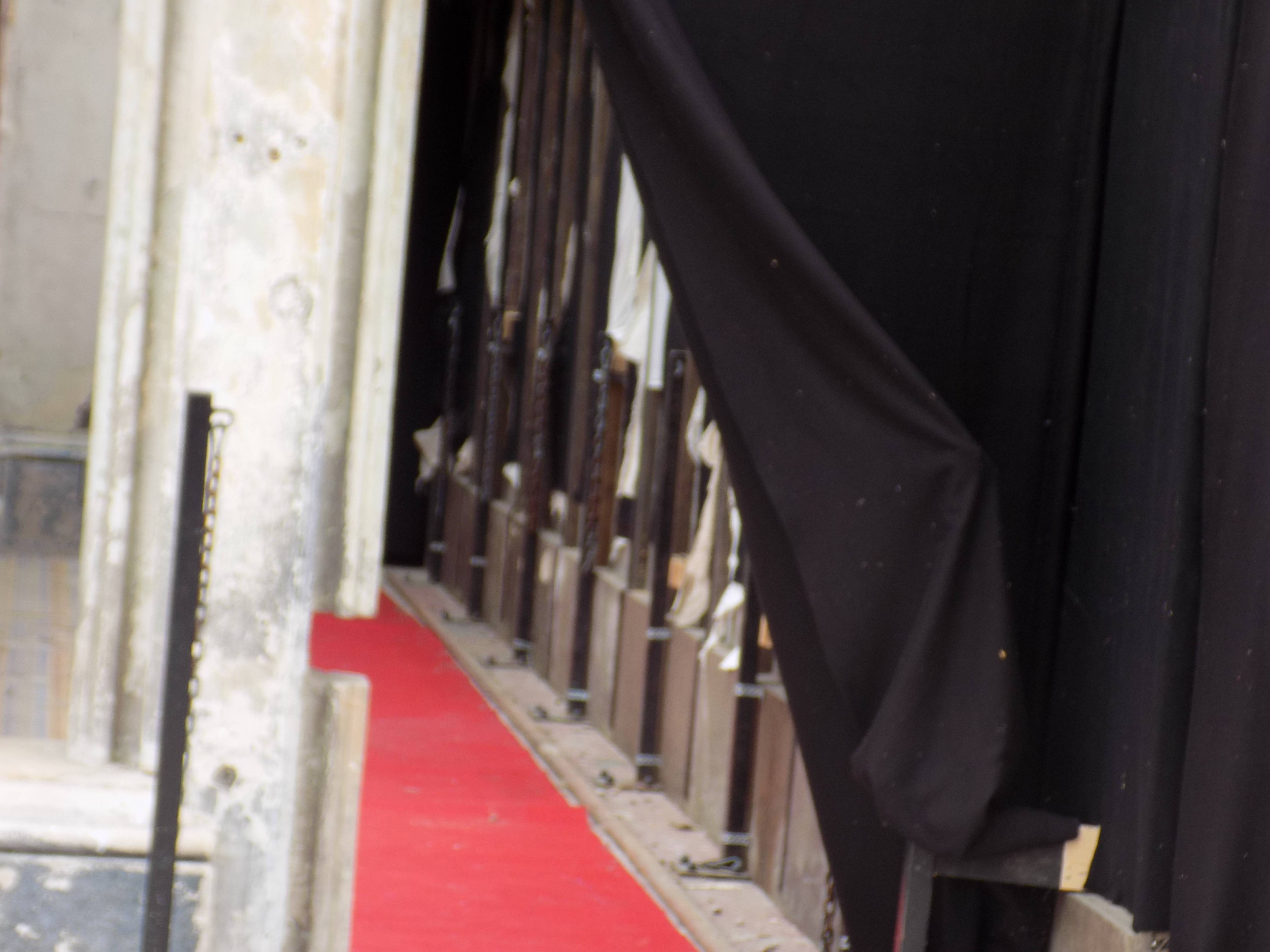 Round the back of the Chapel is a restriction board for the three mazes that are hosted within the ruins. 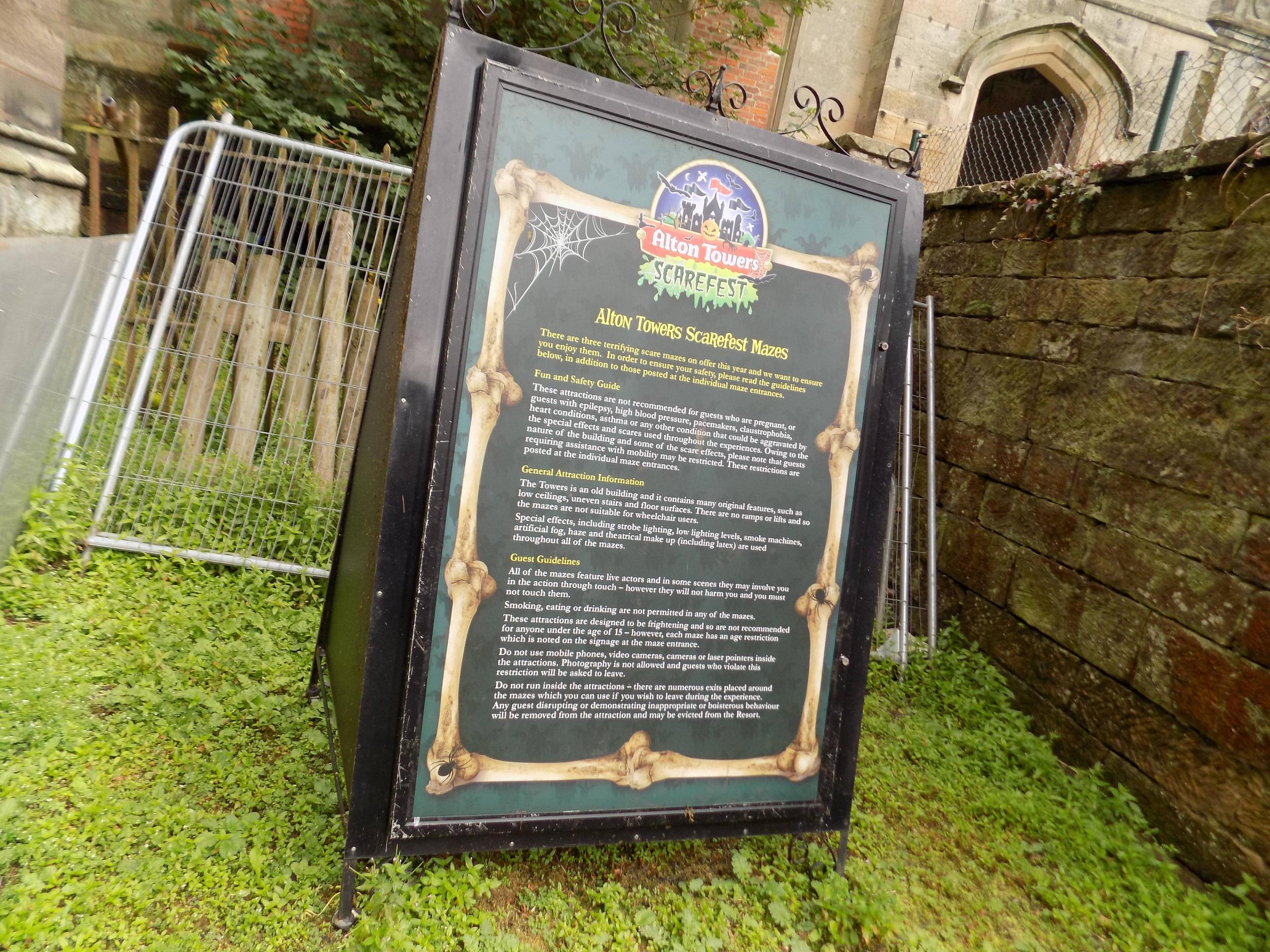 Behind these metal fences are some barrels for Sub, and a chain link for AMTs queue (you can see it much clearer from the top of Smiler). 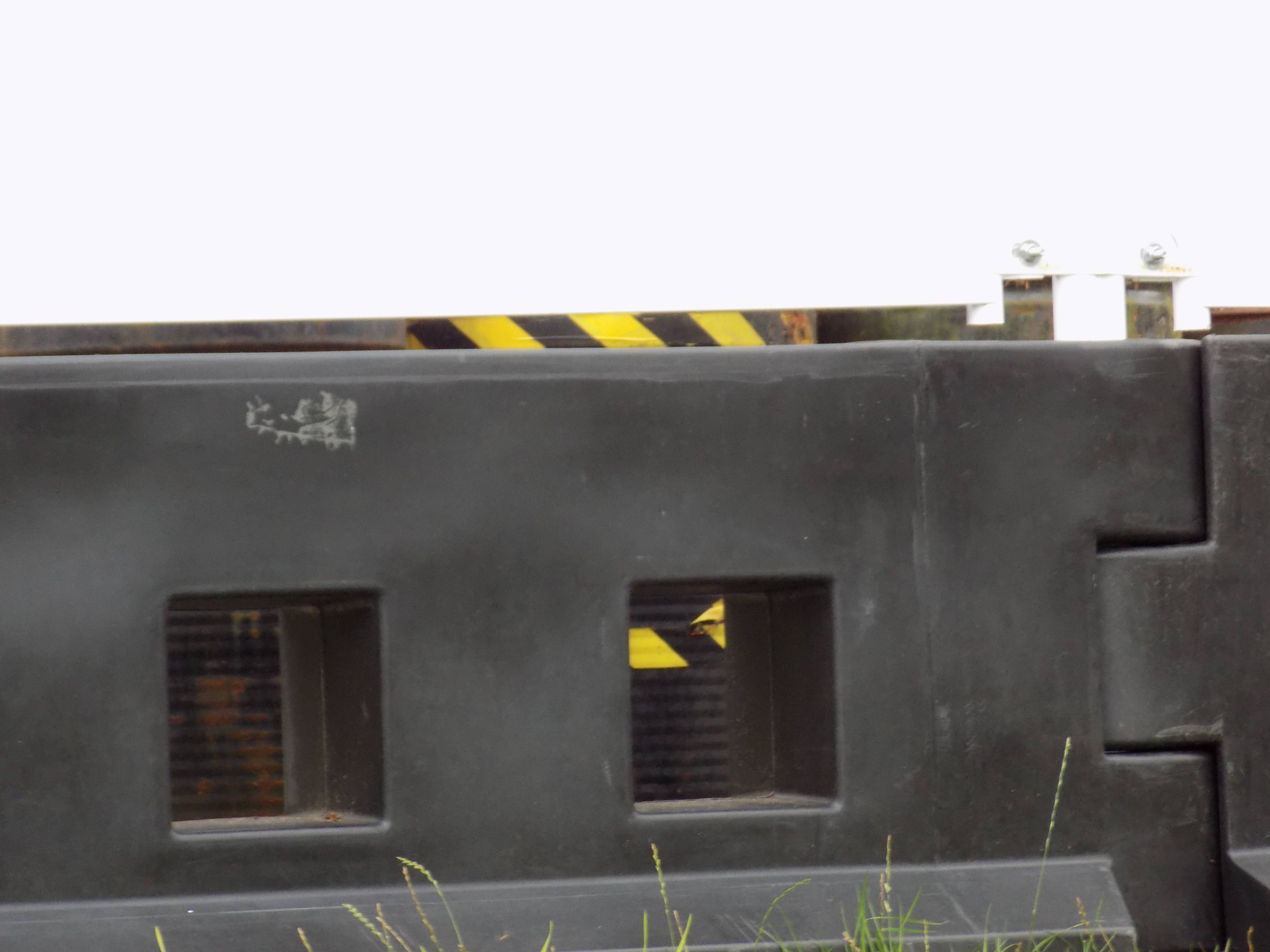 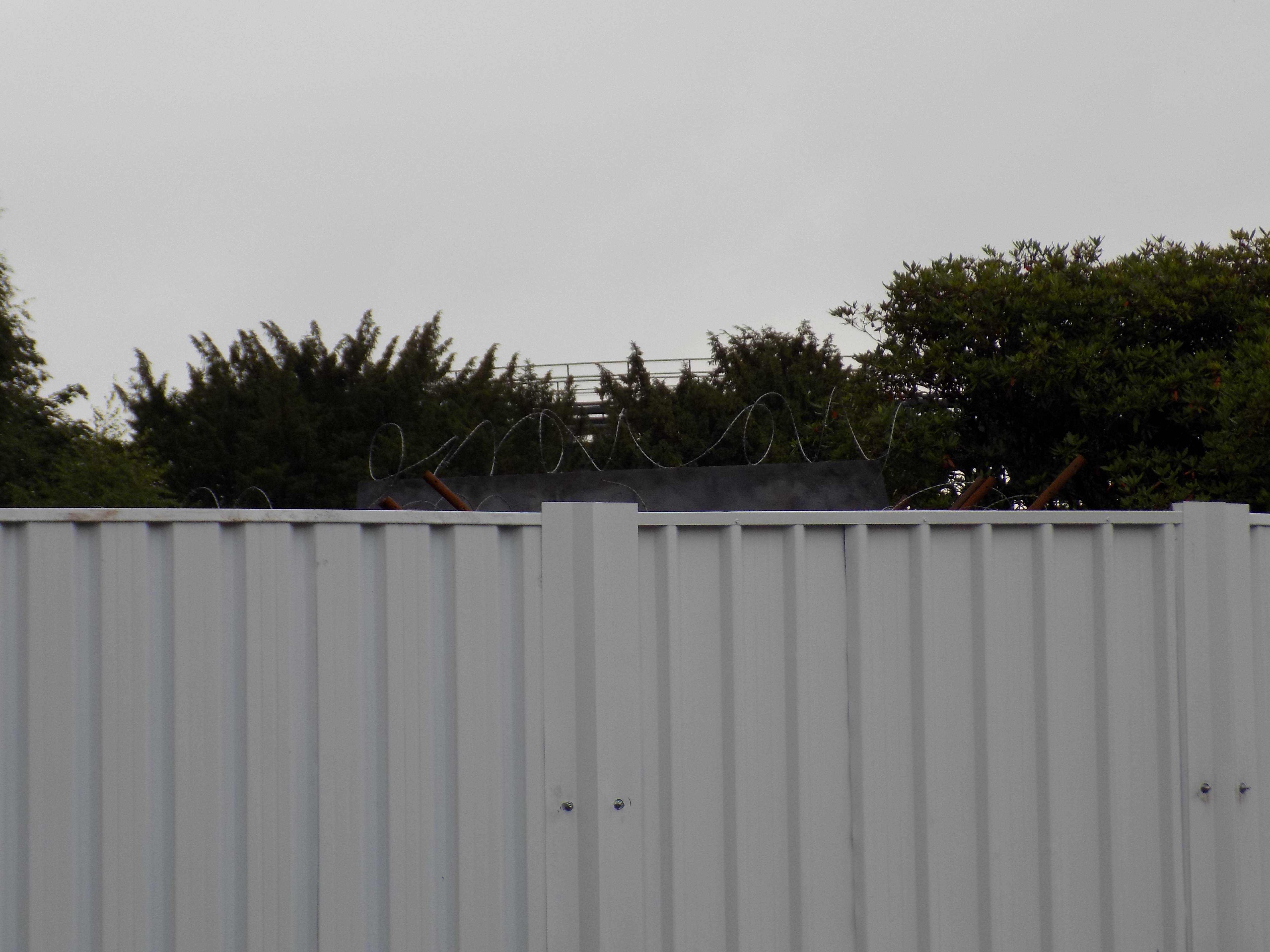 Great photos, Morgan!
I thought that the front entrance would be used originally, but no doubt they will stick to last years entrances and exits. The only thing which throws me a little though is the corridor for what we expect will be ToTT as it doesn't exit out of the side door. The only suggestion I have for this is that there will be a photo booth within the conservatory for guests to buy their photos, this would be similar to what was seen in 2015.

Here are a few I took last week...

I've had a little think about the rumoured ToTT entrance and thought- could it be used for The Welcoming? If you were to turn left at the top of the staircase you could then go through the Barbican and into the woods that way?
I'm also thinking it could get a name change, given how AMT was originally Skin Snatchers to help establish the general theme.

I've had a little think about the rumoured ToTT entrance and thought- could it be used for The Welcoming? If you were to turn left at the top of the staircase you could then go through the Barbican and into the woods that way?
I'm also thinking it could get a name change, given how AMT was originally Skin Snatchers to help establish the general theme.

I can't see how that would work?!

There's a gate that could be opened allowing you to go through- only issue is I'm not sure what's on the other side, pretty sure it's a steep hill!

The description of The Welcoming has been slightly changed:

The woods surrounding the village of Alton harbor a mysterious group, which until recent sightings were unseen by the modern world. Whispers around the village say that the group are angered by people abusing the world’s natural resources and the rapid advance of technology. Every year the secluded group host a festival to celebrate their own interpretation of Halloween – paying homage to the earth and celebrating the crossover between the living world and the dead. The group have recently infiltrated the Alton Towers Resort and for the first time are allowing outsiders to celebrate with them. But what part will you (‘the outsiders’) play in this ritual? Is this really an initiation?

I have also posted this in SW8 Speculation and Discussion, so please make any comments related to what this may mean for SW8 there and keep the discussion here focused on Scarefest and the maze itself.

Well, it certainly looks like the pagan ritual has been confirmed! I think the only reason the group have allowed the public in is to sacrifice then to their gods.
Top

Could it be that it will in fact use Courtyard Tavern and the entrance will be to the side?

this is intresting, but where exactly will it go? surely not on the cbeebies land side of towers street as obviously cbeebies is for children and freak show is just down the path. So that leaves the mutiny bay side, however I worry about foot traffic, hopefully they don't block the main pathways to the towers.

Just a thought, maybe the maze will use the old pathway up to Kantanga canyon that was closed for SW8 construction? Leading through mutiny bay or round the back of the mutiny bay buildings. The maze could utilise the KC pathway as it's a secluded pathway that isn't overlooked (apart from the rapids, but that's below the pathway). It also leads past the SW8 site and we know that this maze is linked to SW8. Just a thought, don't know what you guys think?
Top

I believe that that path way is currently being used as part of the access route to the SW8 site, so its unlikely it would be that
Top

Dom is correct, the path is an access to SW8, however what a sorry sight it is to see the state of Katanga Canyon when looking over the fence!

I was thinking Haunted Hollows as it lends itself well to the theme, although the only thing is this is an access path for pushchairs and wheelchairs.

I have a scared of nothing almost 12 year old daughter and I was wondering if the age restrictions on the mazes are strictly enforced, or like some movies, its a guide. I suspect the former but would like feedback from anyone who is familiar with the mazes. Thanks in advance
Top
Post Reply

Users browsing this forum: No registered users and 229 guests
×