ladyofthelake wrote:
More work in Dark Forest with many of the facades being repainted. It does make me wonder though if the intention is for some of those units to remain closed if attention is being paid to how the shutters look when they're down. I was thinking exactly that Lakey.

Why would they bother painting the shutters if the units would be open? It's almost like they're saying "look how pretty all of our closed outlets are"

Good point Lakey. I think you could be right, I think Towers will have a smaller selection of food outlets open this season. Hopefully in 2017 everything will be back open!

ladyofthelake wrote:
More work in Dark Forest with many of the facades being repainted. It does make me wonder though if the intention is for some of those units to remain closed if attention is being paid to how the shutters look when they're down.

Isn't that the cable room for Rita?

Yes it is - you can even see hydraulic oil stains on the block paving by the double doors into the launch plant room.

That said, I agree with the above comments. I think Alton Towers are going to play the 2016 season very softly-softly. There will initially be notably less staff around - as evidenced by the 190 permanent redundancies later on last season, plus the ride & F&B closures announced / hinted at for this season. I would expect the rides to run on slightly reduced staffing levels too (you can lose one host per big ride relatively easily). This would also explain the demise of the SRQ's on all rides but The Smiler.

If the season picks up well, it is fairly easy for Alton Towers to hire more staff (especially for the July / August period when students are off Uni) so some of the cutbacks could be reversed if the park is doing well and customer service is suffering. Time will tell though - certainly the bean counters at Merlin HQ in Poole will be keeping a very close eye on things.

I am not surprised at all by the midweek closures in very low-season. Alton Towers has been the only Merlin (or indeed Tussauds back in the day) park that remained open every day of the season. The two Southern parks always had midweek closures on very off-peak slow days - this decision makes good commercial sense.

The fireworks cutback to just two shows does surprise me though, as these days must make a huge amount of money. I know they are restricted to just 3 firework displays a year - personally I would have done the Saturday, miss the following Sunday, then do the final Saturday & Sunday of season - attendance is always higher on the Saturdays.

As above, Alton Towers need to play this season very carefully. Constant price hikes, with reduced offerings will be noticed by guests (even if those reduced offerings are F&B which cost extra). You can only cut so much back before people decide to vote with their feet - as they clearly did after June 2nd last season, albeit for differing reasons.
Top

Kraken wrote:
This would also explain the demise of the SRQ's on all rides but The Smiler.

As far as I'm aware this hasn't been confirmed. Sonic Spinball, Th13teen and Oblivion all had single rider queues last season and they haven't been announced as leaving. Please correct me if I'm wrong though

Fair point MakoMania - is has not specifically been confirmed that Spinball, Th13teen & Oblivion SRQ's are to go - but many of us on here can see the way things are going. Dump the SRQ and it makes it that bit easier to run the ride platform with one less host.

Alton Towers also need to put some TLC into their website - I've just looked at the FAQ's page and the section on "How restrictive are the restraints on the rides?". Ripsaws' restraints are classed as "Restrictive, please speak to a member of staff". No joke there given that the ride has gone!

Also look at the Useful Info / Directions page. It gives the postcode to use for SatNav then describes the local roads as "the roads can be very thin in places". Thin roads? That is a new one for me, narrow yes, thin no.

For a company that claims to be second only to Disney Corporation in their entertainment offering, the individual park websites are littered with errors. The above two took under 5mins to find, so how many more are out there?
Top

I can see Oblivion's SRQ going maybe, but Th13teen & Spinball need them operationally.
SeaWorld has rescued over 35,000 animals in need![/i]
Top

We have another update 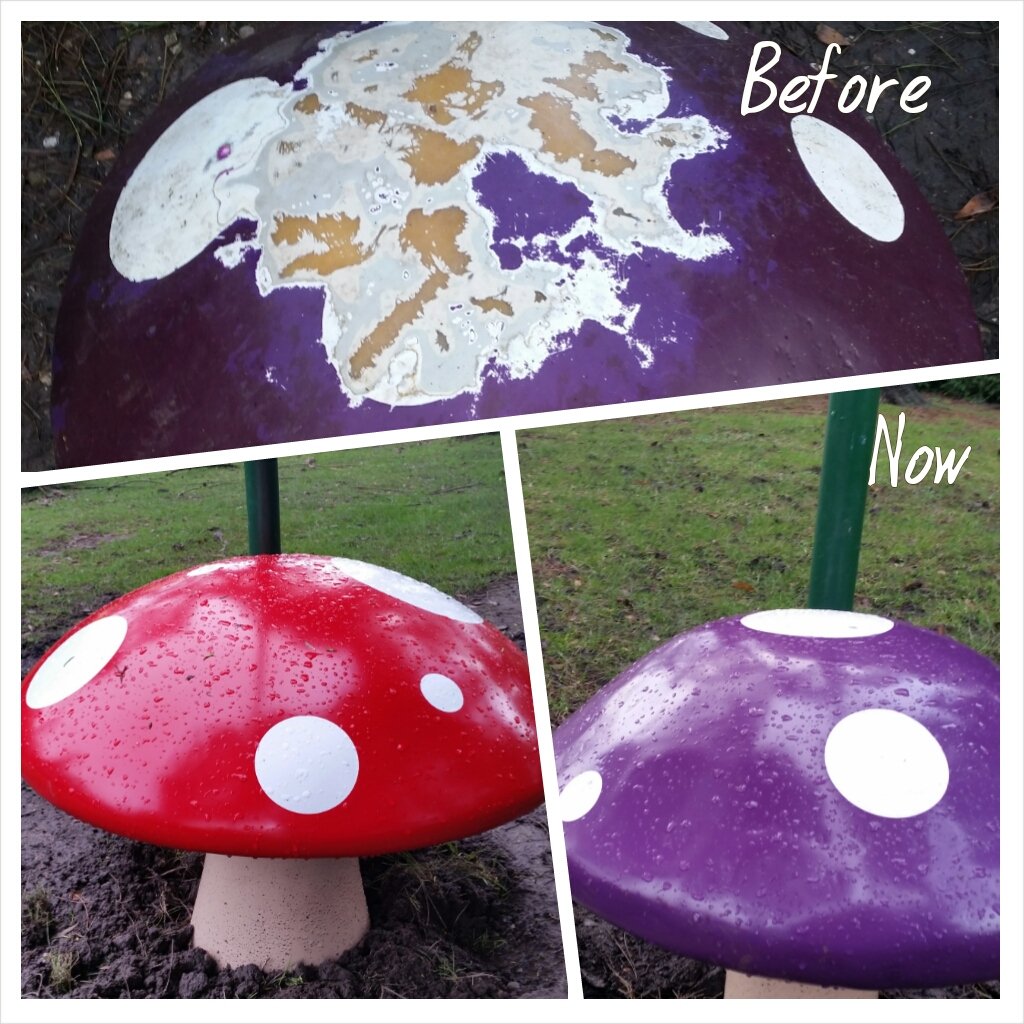 Whoa, that's better
Life is a roller coaster. You can either scream every time you hit a bump or you can throw your hands up in the air and enjoy it.
Top

Towers Loving Care wrote:
Talking of mushrooms, the Twirling Toadstool ride will be getting a repaint in April/May during a midweek park closure day.

I'm so pleased that they've started working on the CCL theming, that shabby paintwork bothered me so much more than it should have for the last couple off seasons

Honestly think Merlin could be trying to turn around their legacy of leaving the parks to rot while building new rides. Really promising with the whole TLC project, well done to Towers

I'm kicking myself that I didn't put down monkey on Twirling Toadstool receiving TLC. Saying that this was one attraction that needs it, so goes without saying!

Also pleased to see TLC continuing throughout the year and not just the closed season.

I have an amazing image of a lone monkey sitting in a seat on twirling toadstools, kicking his heels looking bored while the painters work magic around him.
Top 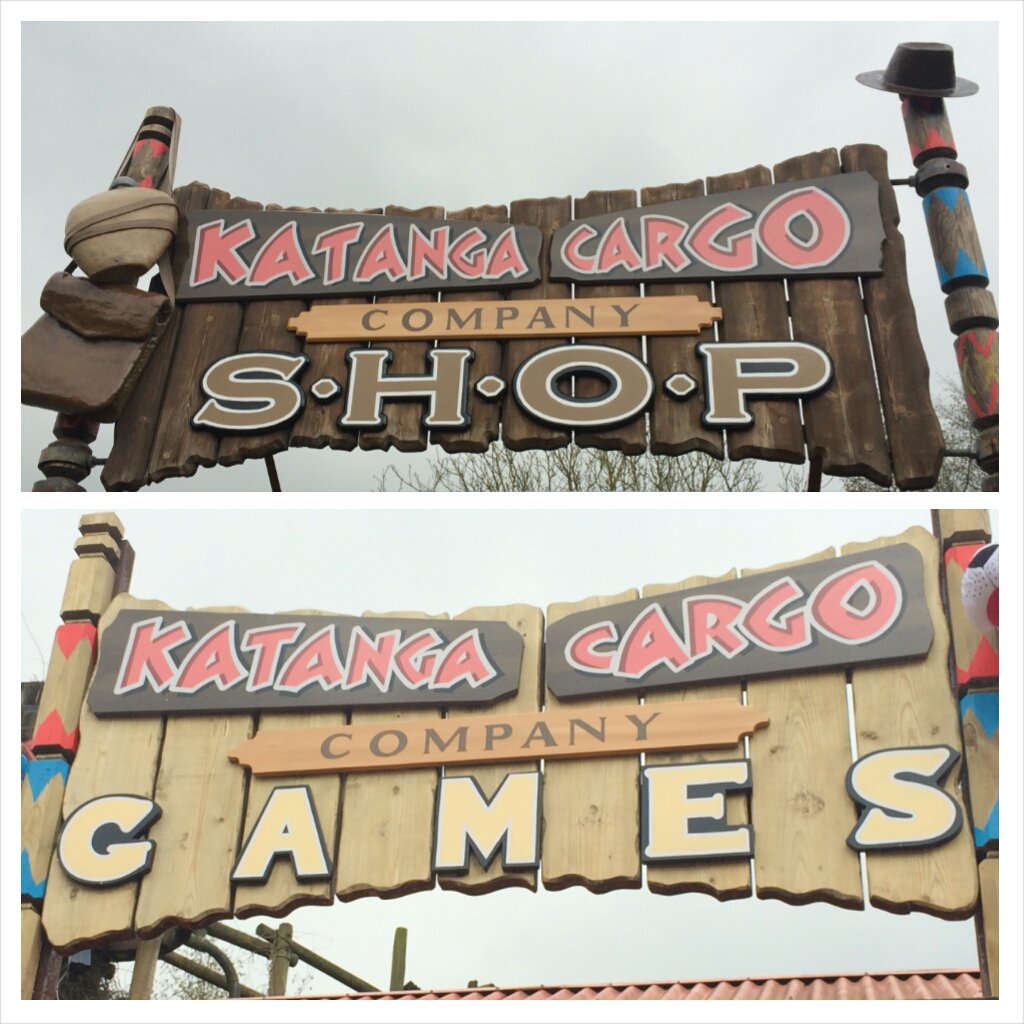 5 minutes after their last update... 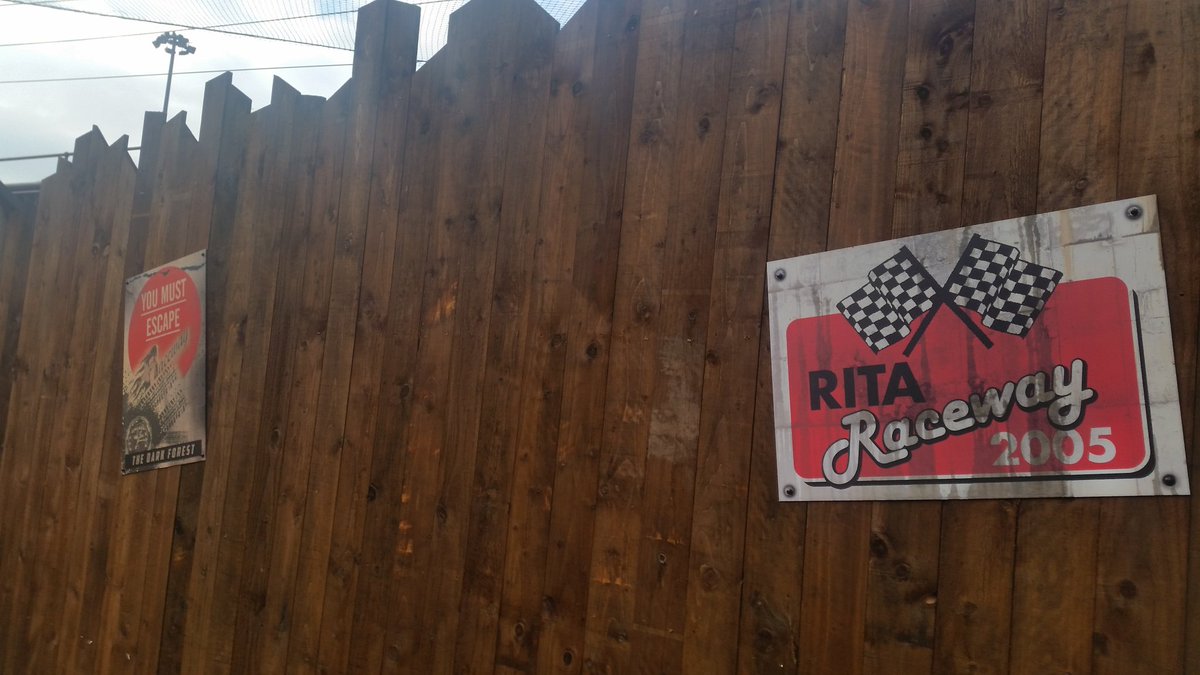 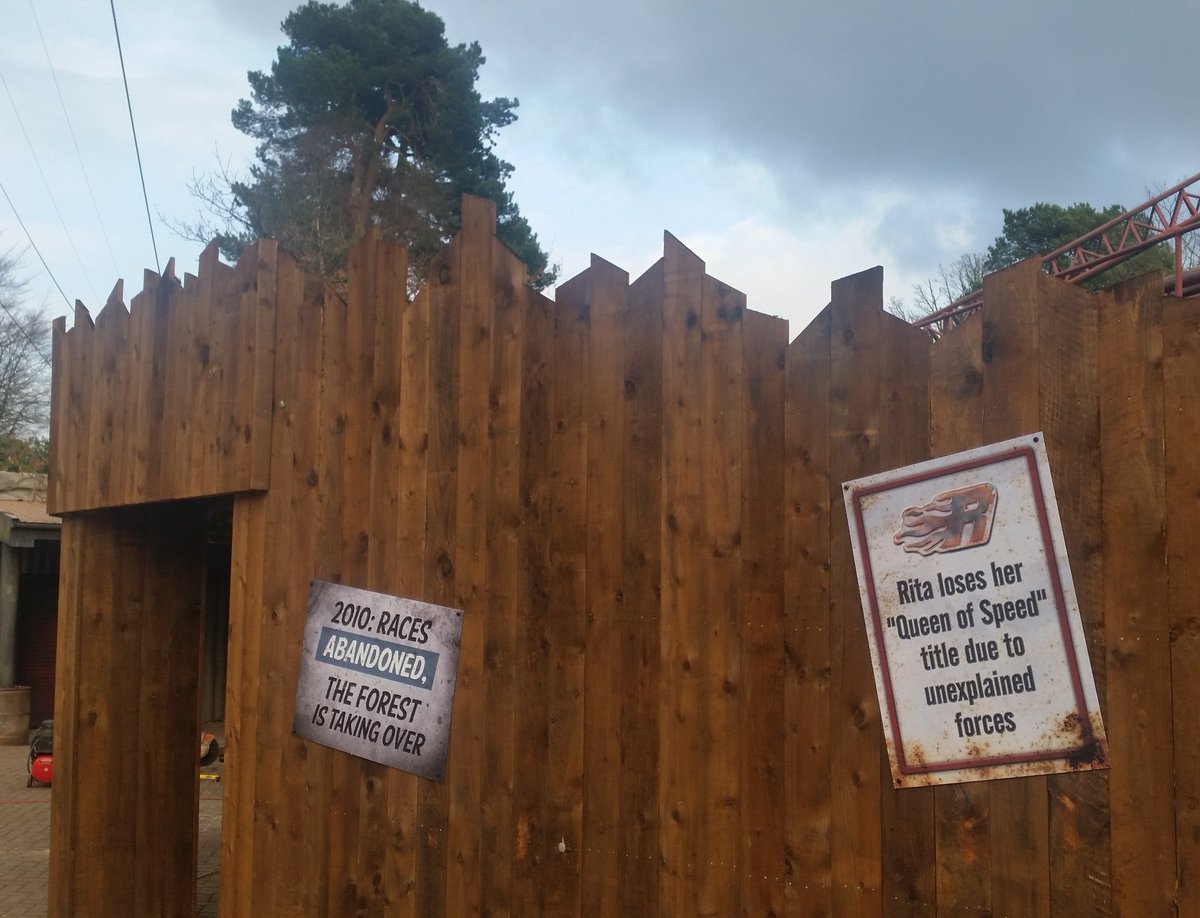 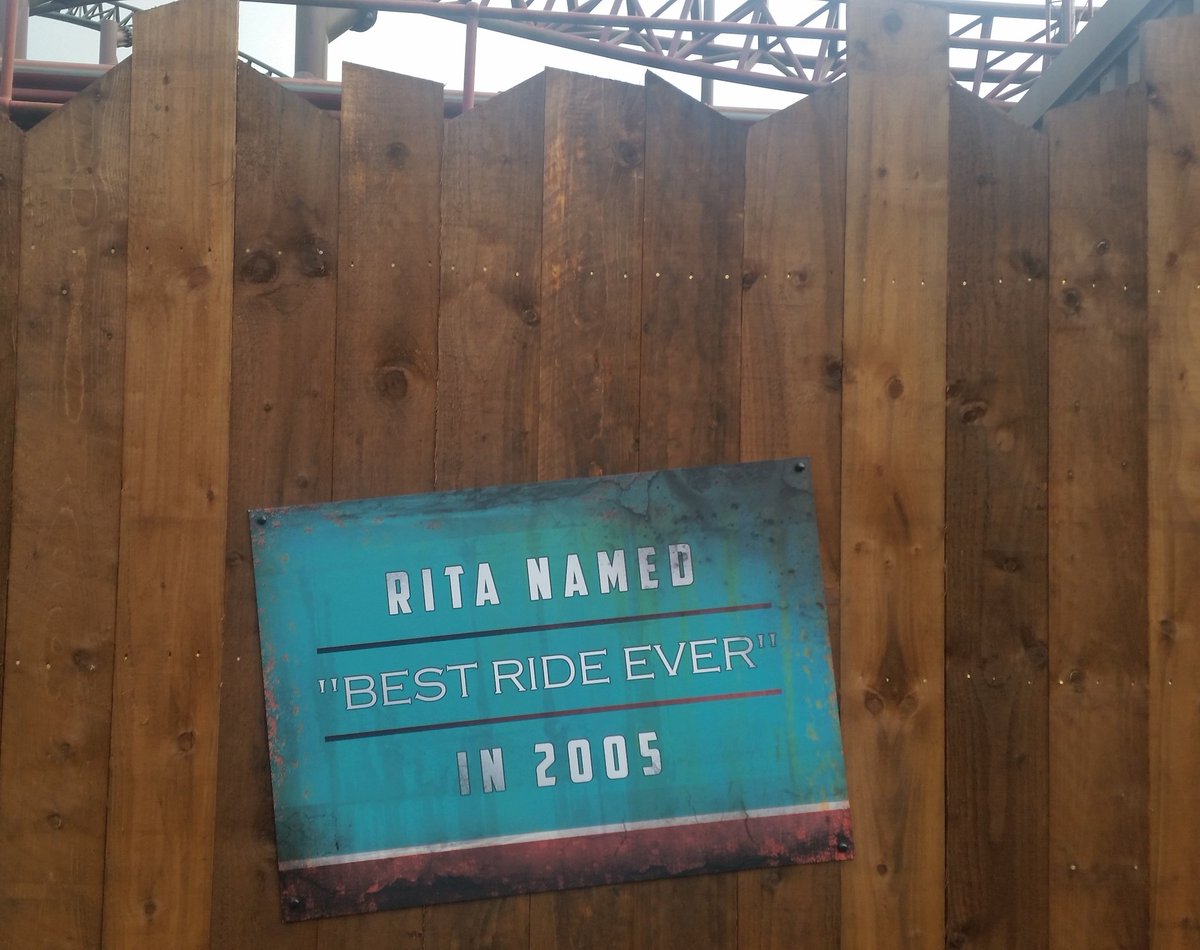 Although the posters are only small touches I quite like how they acknowledge the former raceway theme and how the area has been taken over by the forest.

I love the fact that they are solidifying the theme of Rita more. Her theme and the fence make so much more sense now. The fence looks like it's closing off an area now and actually looks themed. I hope they make it look like the forest is taking over the fence too

Ooh, I quite like them.. That's the first I've heard of the raceway since 2010! Didn't even know that was still in the theme, just thought it was escaping the dark forest!
Top
Post Reply

Users browsing this forum: No registered users and 246 guests
×