Yesterday, i was told by somebody who lives in the town of chessington that ramases revenge has been sold to another park and that 2006 will be its last season at CWOA.

Can anyone confirm whether or not this is true. It was the first I've heard of it.
I really hope it is'nt true. I love the ride and find it alot more thrilling than Ripsaw and unlike ripsaw it still uses water.
Could it be that he was just confusing ramases with another one of chessington's rides which is being sold? Anyone know anything about this?
Top

Its a load of lies, it has not been sold and its not planned to be removed anytime in the near future. :)
Top

Thats what I heard which is why it came as such a shock to me to hear it was being sold. Like I say, I really hope it isn't true.
Does anyone know if any other CWOA rides have been sold? Perhaps he was getting it confused with another ride
Top

Possibly Rodeo? Did that ever actually leave the park or is it still in storage?
Edwardo..... move me!
Top

Isn't it still in its original location. I was told that might be operational again next season
Top

So the rumour about a HUSS Topple Tower ride that was meant to be going there soon is out of the picture.

:lol: We would've of seen something happening there by now!!

I was reading up on Wikipedia, i know its not the most reliable source but they suggest that the topple tower would maybe come around 2008.
Rob.

Surely we won't be seeing any new Huss Rides untill they come out of bankrupcy?
Top

Rameses wont be moving I dont think. Even though its been stuck on the same setting for weeks... :roll:
Top

It only has the one setting doesn't it? Probably why most of the time they give you 2 goes as it is so short
Top

I wouldn't actually be suprised if the rodeo did return next season. It isn't in storage. It's actually just sitting on it's old site in pieces but with a wooden fence around the runaway train side of it. You can still see it from the ramases exit path. All the queue line and the entrance sign still remain exactly as they were 2 years ago.
Top

Bring back a Breakdance to the UK and it'll bolster my reasons for going to Chessington next year, even if it is tamer. 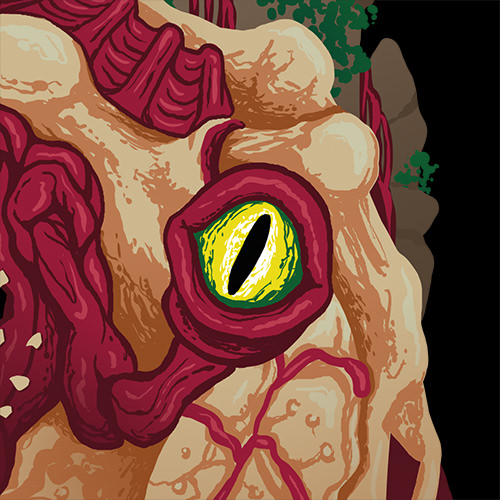 Breakdance is the only fair ride i actually like, so i'm really pished about Rodeo.

As for Ramases. I jokingly had a go at a ride op once to put the setting up and she yelled back somthing along the lines of "you come fix it then!"

Ramases Revenge did have some problems, as did Ripsaw, in 05-06 but i don't think Ramases would get replaced even if it was completely ruined. I think you'll find that Chessington would leave it sitting there for some years whilst they decided what to replace it with - no doubt shops and stalls.

So, whatever the problem is i guess it can't run to it's full intensity anymore. Maybe it's a similar problem to what Samurai had. Though i find those cliams hard to believe again. Suposedly Mondail told Tussauds that the reason there was a fault with Samurai was because it was being run at a settling too high for too long and it was damaging it, suposedly. Then with MS telling tussauds to tone it down with Rattlesnake, Dragon's Fury and Spinball Whizzer? Either Tussauds don's read the mannuals, of there's somthign fishy goin' on.

It's rumours like this one that make infromation from staff very unreliable. Any rumour like this, in my eyes, is good though. It gets people talking and keeps us awear of possible changes. It makes the fandom interesting.
Top

"HAJiME" wrote:
Then with MS telling tussauds to tone it down with Rattlesnake, Dragon's Fury and Spinball Whizzer? Either Tussauds don's read the mannuals, of there's somthign fishy goin' on.

How can you tone down a rollercoaster? when its run by force of gravity?
Top

"NickAndrews" wrote:
I think he meant when the ride manufacturer Mauer Sohne placed some restrictions on their rides regarding how many adults could be seated in one car and putting a maximum weight on each car after an incident on Dragons Fury

These have, as most people probably know, been lifed. Spinball was operating with fully loaded cars towards the end of the 2006 season.
Top

Were the restrictions lifted on fury too? Presumably fury needed them more than spinball did, as it was fury that had all the problems.

Having spaces in the cars is good in a way, as it makes the ride better (more spin!). However it messes up the thoughput, which is bad enough already on spinball.
Top