Chessington has had many rides with iconic sets and features, but over the years, many have disappeared and been forgotten about. I thought I'd tell you a few things about where some of these items are now, or what has happened to them.

Terror Tomb
The majority of the sets are still in place in today's Tomb Blaster, but without the character Abdab. For many years, the Abdab animations, the Mummy rock-band, the spike rack and various snakes where kept in a cupboard to the right of a Mummy cranking a wheel. Some ten years passed before some of the Abdabs where cloaked and put into Vampire's queue. These have since been disposed. In 2013, the rack returned to a scene. It was only a few months ago that the cupboard was emptied, with two Abdabs being saved by a fan of the park. Graham Smart, the composer of the rides music, has released a medley of the ride and the finale music. 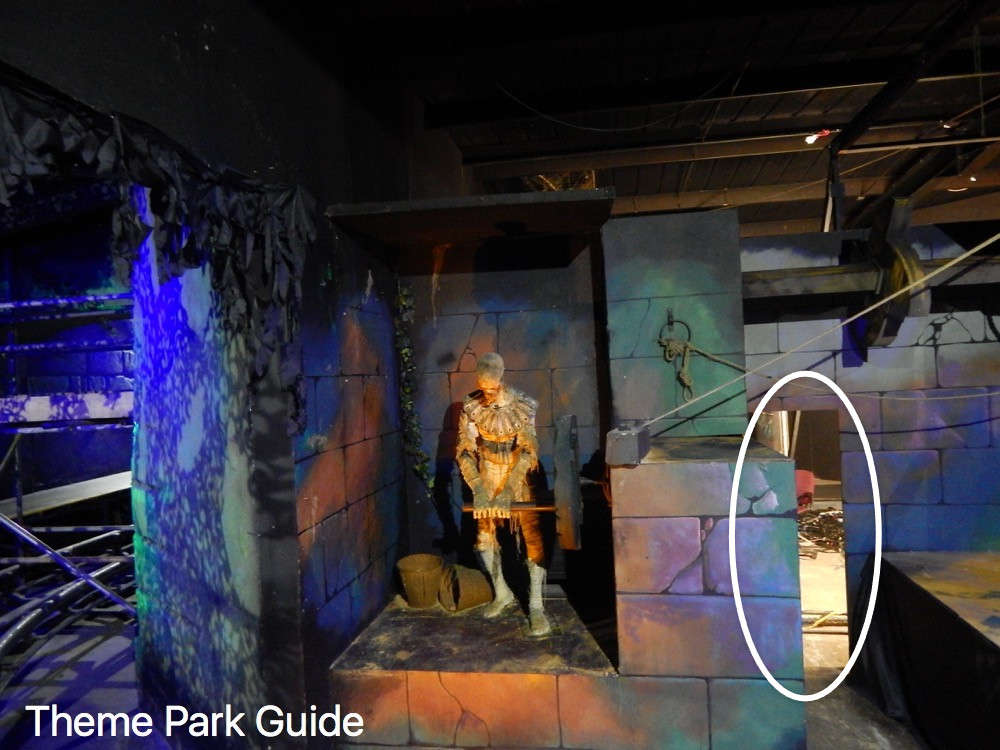 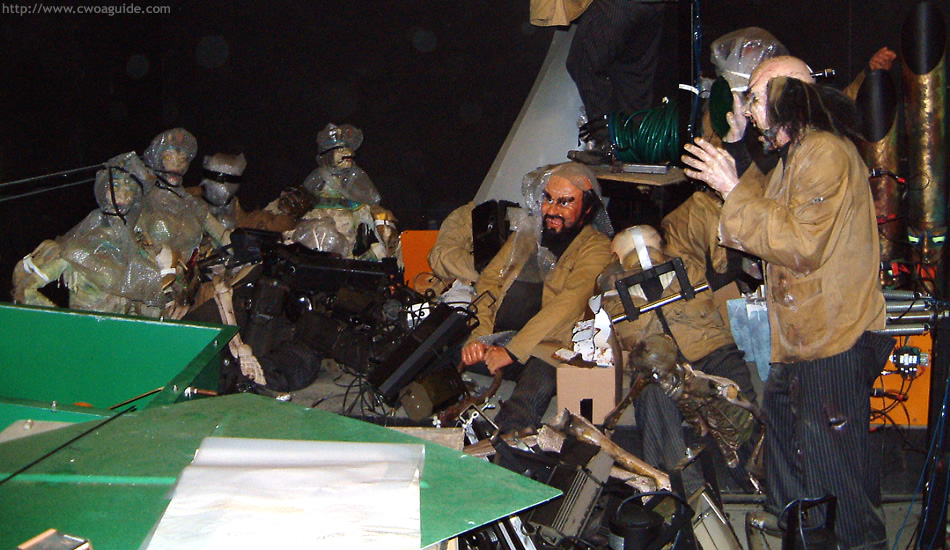 Rodeo
Rodeo started off as Juggler in Circus World (what is now Wild Asia), before being moved to Calamity Canyon (later to become Mexicana). I'm not sure what happened to the ride itself, but the large cowboy model has since moved to Transylvania. 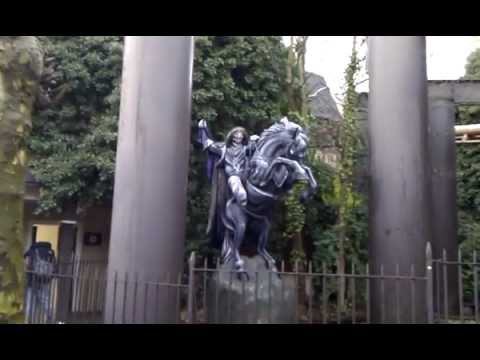 Bubbleworks
Just before the ride was due to be rethemed, many enthusiasts managed to salvage bottles, bouncing teacups and some of the Burp models themselves. The majority of the rides audio is still used, with many tracks being in different places than originally intended. To this day, you can still hear Professor Burp say "Hard work!" just before the lift.

Vampire
In 2002, the old Arrow trains where replaced with floorless ones from Vekoma. The old ones where binned. The chandeliers sit by the switch track; it is unknown when these will return to the station. The rides soundtrack, is in fact, not intended for the station. It is assumed to be a version released on tape. Graham Smart has released the original soundtrack, and is available to purchase online.

Pegleg Pete
Pegleg Pete was an animation who lived in Pirates Cove. You would "wake him up" by shaking his leg and he would tell you about his adventures across the seven seas. He was removed in 2009/10 after his shelter broke due to heavy snow. He has since been removed, possibly thrown away.

There are still plenty of unknown things about what happened to some old parts of the park. If you know any more, or wish to expand on what has been said, feel free to post and speculate below!

With thanks to British Dark-Rides Project, Sculpture Studios, Chessington Buzz and Graham Smart for releasing several articles and helping out with my research .
Last edited by Morgan on Sun Feb 21, 2016 8:15 pm, edited 2 times in total.

This post reminded me of things I already knew as well as fascinating me with new knowledge. Wonderful thread, thank you for sharing!
Burniel | Great at theme park knowledge, not so great at designing signatures.
Top

Rodeo is now travelling in Europe and has appeared as part of many fairs. I encountered it a few years ago at Tilburg Fair in Holland and was very good

Morgan wrote:
Vampire
In 2002, the old Arrow trains where replaced with floorless ones from Vekoma. The old ones where binned. The chandeliers sit by the switch track; it is unknown when these will return to the station. The ride's soundtrack, is in fact, not intended for the station. It is assumed to be a version released on tape. Graham Smart has released the original soundtrack, and is available to purchase online.

Not for long... Mwheeehee
Top

I've had this image for a while and thought I'd share it with you (I can not remember where I found it). It's of Ray Barratt during Vampire's construction. I can't remember exactly what he did, but it was important. 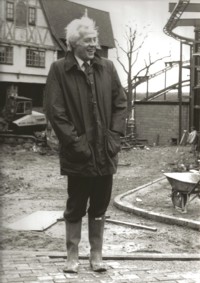 I'm sure you're all aware about the changes made to Tomb Blaster. Under current lighting conditions, it is easy to locate the cupboard where the Abdabs once lived.

I've kept it quiet, but Bubbleworks has had lots of the original audio restored. You can now hear a number of original lines as well:
"We must be sensible and serious!"
"Professor! Come quickly!"
"It's out of this world! Ahahaha"

Safari Skyway
If you didn't already know, Skyway's old train is sat in the drop-off point by the Explorer Gate. I believe it was a bit too heavy to put in a skip (so was Peeking Heights old theming which had corroded- this is directly next to the train). 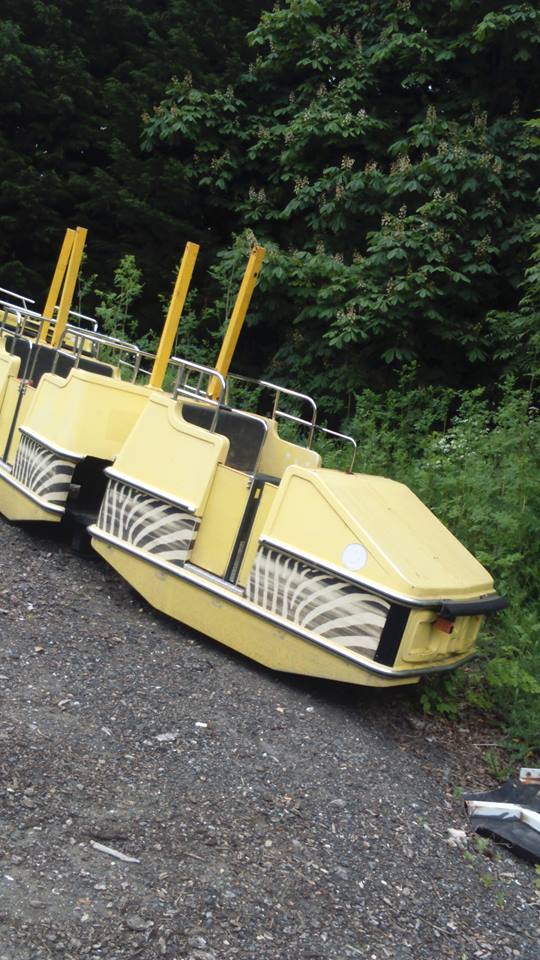 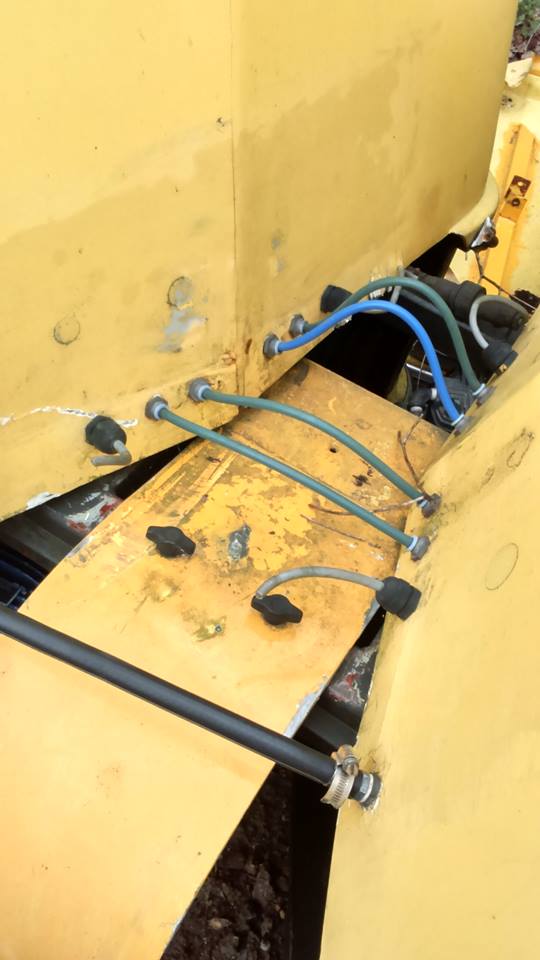 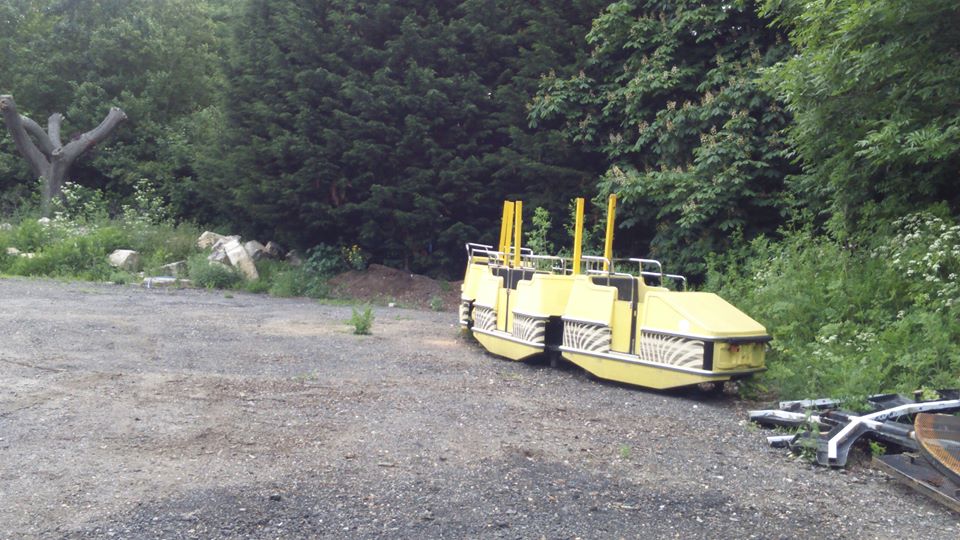 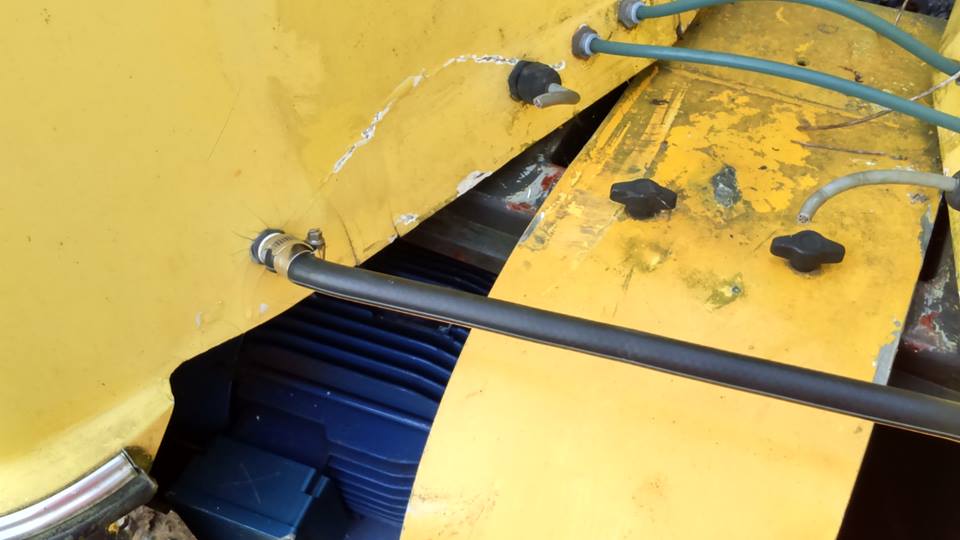 If they were lighter, Skyway and the old PH theming would have ended up in one of these bins. Note the giant gorilla head from an old photo shoot. 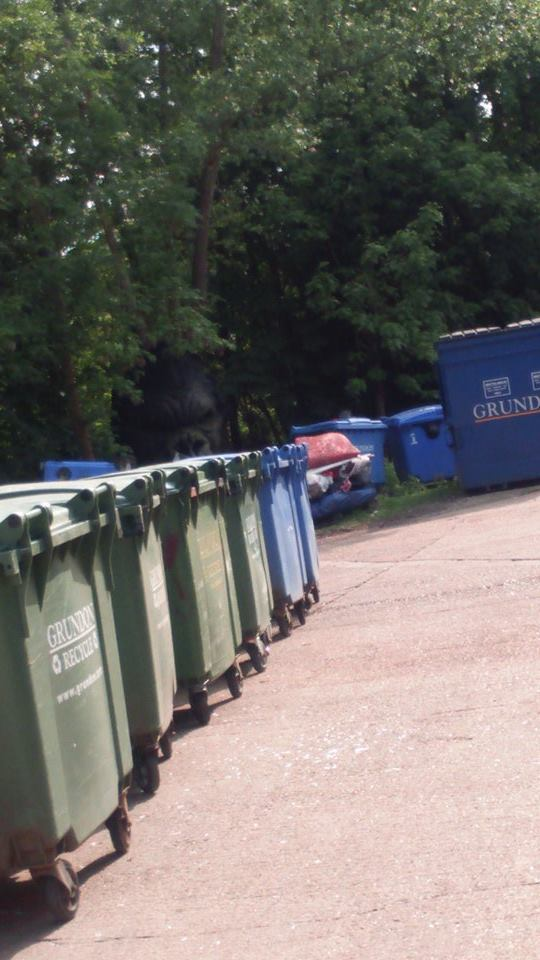 They should use to gorilla head with strobe lights for halloween!
Top
Post Reply