I like the idea of revealing the clues so anyone and everyone can enter. Will make it that much more special if you win it. Plus if Derren Brown ent there when i win this competition i will cry

I imagine the budget for this promotion was quite large, so it will be quite embarrassing to only have a couple hundred entries in the competition.

Someone needs more entries to justify their promotional competition, which was probably too hard for most people.
Top

We've seen the 'unlike anything the world has seen before' & 'elements of physical and psychological fear' wording used for marketing with N:ST & Th13teen, third time lucky?!

The diversity of Merlin and their photographic marketing material. In other news Thorpe Park have gone onto social media today and reassured people not all clues will be revealed. So I'm guessing all clues excluding the video ones which have the hints embedded into the video somewhere.
Formerly known under username Andy Mc
Top

I did think back to Jack Osbourne and N:ST when I first saw those promo pictures!
I'm glad to hear Thorpe aren't going to be revealing all the clues, I think to publicly announce them all would ruin the whole point of the competition. Some people have worked hard to discover those clues!

I had completely forgotten about Jack Osborne. Which i guess is a good thing

Its great news that they aren't revealing all the clues. Stops the lazy people entering

Although I haven't entered the competition, I also agree that not revealing all the clues is a good idea and adds to the mystery of the attraction.

Also, I think it's been an interesting marketing campaign but having watched many of Derren Brown's TV shows, I reckon it's also been clever

I for one am not too fussed about them revealing the clues but understand why people are disappointed & angry at the decision to do so. Lets be frank, with them being public knowledge it decreases peoples chances of winning and that's all it boils down to really and what people really care about.

People are voicing anger because they solved the clues themselves later for people to be handed the answers. While this is valid the clues they devised were by no means troublesome to the point people were "wracking their brains" as some people have expressed. You log in see the next clue sphere is unlocked and within a few minutes it's solved.

Waiting the weeks in between each clue was the hardest part. I wonder why it will take them as week to reveal the results of the contest? It ends at midnight on 15th and revealed on the 22nd... Surely it would only take 2 or 3 days to make sure the winners selected were genuine etc.

Horras64 wrote:
I wonder why it will take them as week to reveal the results of the contest? It ends at midnight on 15th and revealed on the 22nd... Surely it would only take 2 or 3 days to make sure the winners selected were genuine etc.

A week between a competition closing and announcing the winner is actually fairly quick for something of this scale. They will have allot of things they need to ensure they cover. Don't forget there are three tiers of prizes so that will be a few people they need to contact and receive a reply from. They will also need the winners to confirm they still understand all the T&Cs and agree to abide by them. I know we're all impatient to find out who the winner is, but I'm sure we equally want it all to be done correctly

That's a rather intriguing reply from Thorpe about the opening date. I really hope it does mean they'll announce it soon and they're not just teasing us! There has been allot of build up and hype around this so I know I'm certainly checking regularly to see when I can finally get to experience this myself and I'm sure many others are doing the same!

At least we will soon be getting an opening date so yay! Also..... Am i the only one sort of hoping the staff say Boo Choo or Choo Boo instead of Choo Choo, given the whole train thing

I can't imagine the staff saying that but you never know, a train pun might be used

I won't be hoping for comedic staff catch Pharses may kill the eerie and haunted atmosphere they've worked hard to build. I will however be hoping for themed uniforms, I've got a few ideas in my head I could only expand by projecting them from my brain, however has anyone else got any ideas on uniforms or do we think they will go for the generic Thorpe uniforms ?

Also as much I'm bringing to forget because it looks such an amazing attraction and the promotions for it are incredible, this is still Merlin so what are the possibilities of a photo op ? And if so where based on current knowledge ?

TheSmilerMan wrote:
however has anyone else got any ideas on uniforms or do we think they will go for the generic Thorpe uniforms ?

I think they'll be standalone uniforms for the attraction as Merlin seem to be going that way recently. The Smiler, cBeebies Land, I'm a Celebrity Maze & now Galactica as well judging by the Science Museum video.

So considering they have gone all out making it look aged and derelict one would imagine Thorpe Park aren't going to plonk some employees in basic uniforms in there. A woman complaining Thorpe Park have taken a step back by introducing this Ghost Train. She wanted a new roller coaster. The resulting comment is just hysterical.
Formerly known under username Andy Mc
Top

so there is some guy on facebook talking about an 8th clue, anyone any ideas what he is on about? cant see anything on the web about an 8th clue but he recons this is why they are giving away the others because it doesnt matter as its only the 8th that gets you the prize?
Top

Considering he has candy as his profile picture and banner on FB along with 12 friends I'd assume its a young kid on the other end so wouldn't pay too much attention to him.

He is basically putting together the wording Thorpe Park used: "We won't reveal all the secrets!" along with when clue seven was first unlocked it didn't show any confirmation of entry so people thought that wasn't the end and there were more clues to solve.

IF there is an 8th clue it may be a puzzle not related to the competition in which people can uncover the opening date of the attraction ahead of a public announcement. Thorpe Park did give me an interesting response earlier in the week saying "that may be revealed sooner than you think..."

As for the competition you are only required to solve the seven clues available to be entered, it'd be a bit misleading to say you were entered if in fact you weren't. But the real question is....
Will it have any Spooky Scary Skeletons???? 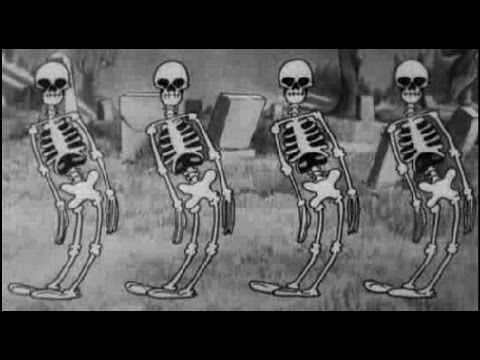 I wonder!...Just how much will be classic ghost train stuff like trommels, UV lights, jump scares and skeletons or whether this is going to be something completely different.
Top

Matt_1985 wrote:
I wonder!...Just how much will be classic ghost train stuff like trommels, UV lights, jump scares and skeletons or whether this is going to be something completely different.

Based on what we know it's going to be something completely different. The idea is it's going to be more of a psychological attraction which toys with your minds, rather than something which relies on things like trommels and skeletons. I also seriously doubt we'll see jump scares as we traditionally think of them - an actor jumping out at you - as Derren Brown has said in various interviews that he is not a fan of the usual Scare Maze where actors jump out making it unlikely he'd incorporate it into an attraction he'd design.

Of course there could well be nods to the traditional idea of a ghost train, however I think this could be more in a thematic way in that the building is haunted and this is then the basis for a range of things to play on your perception as opposed to the more physical effects.