Although I personally believe there'll be a drop, I see how it could just be a lowering mechanism, in order to put you to the floor after you go into the hanging train.

Thanks to Theme Park Guide once more!

As speculated, the sign now has a back and the best part...it's going to light up! 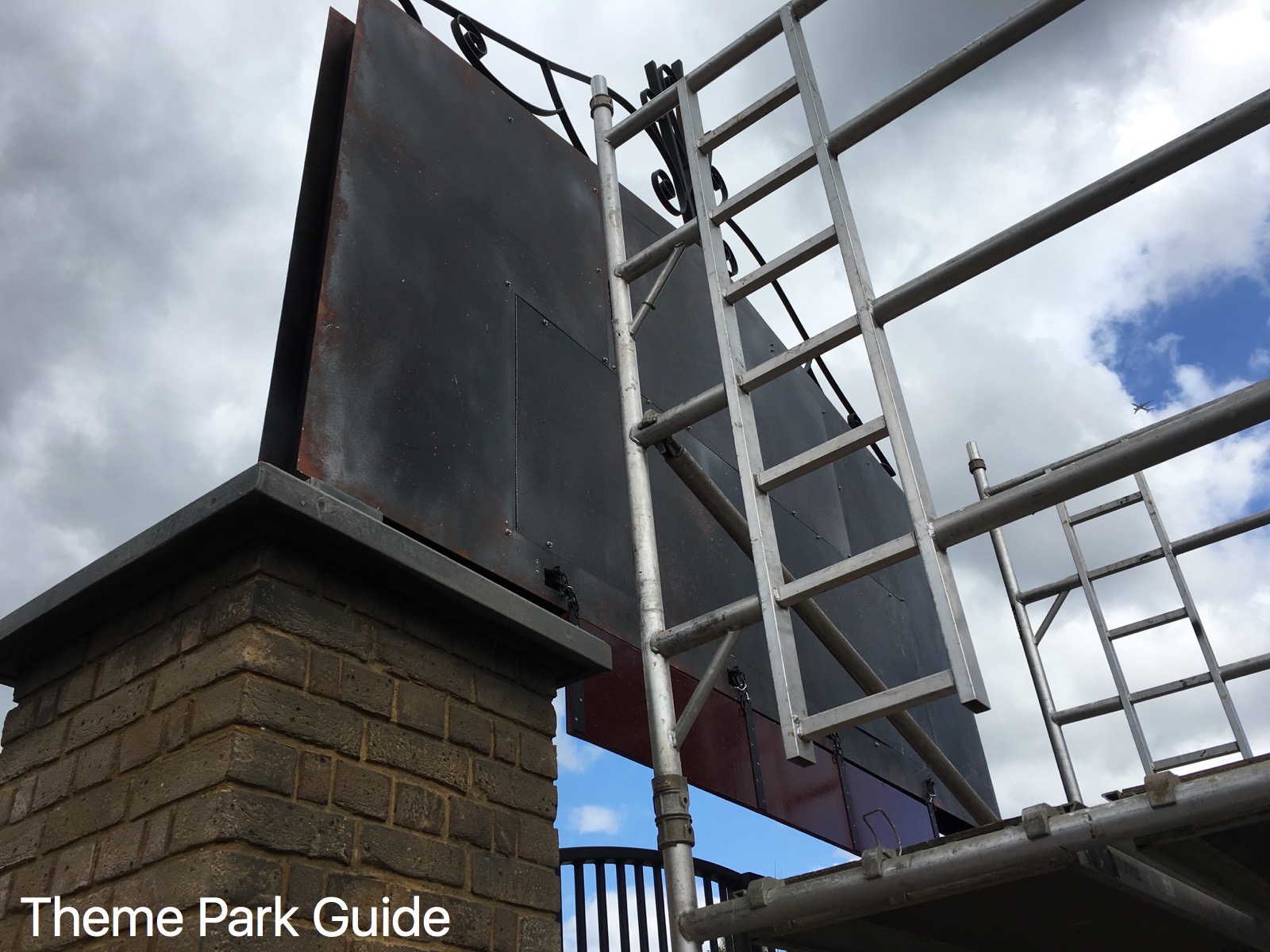 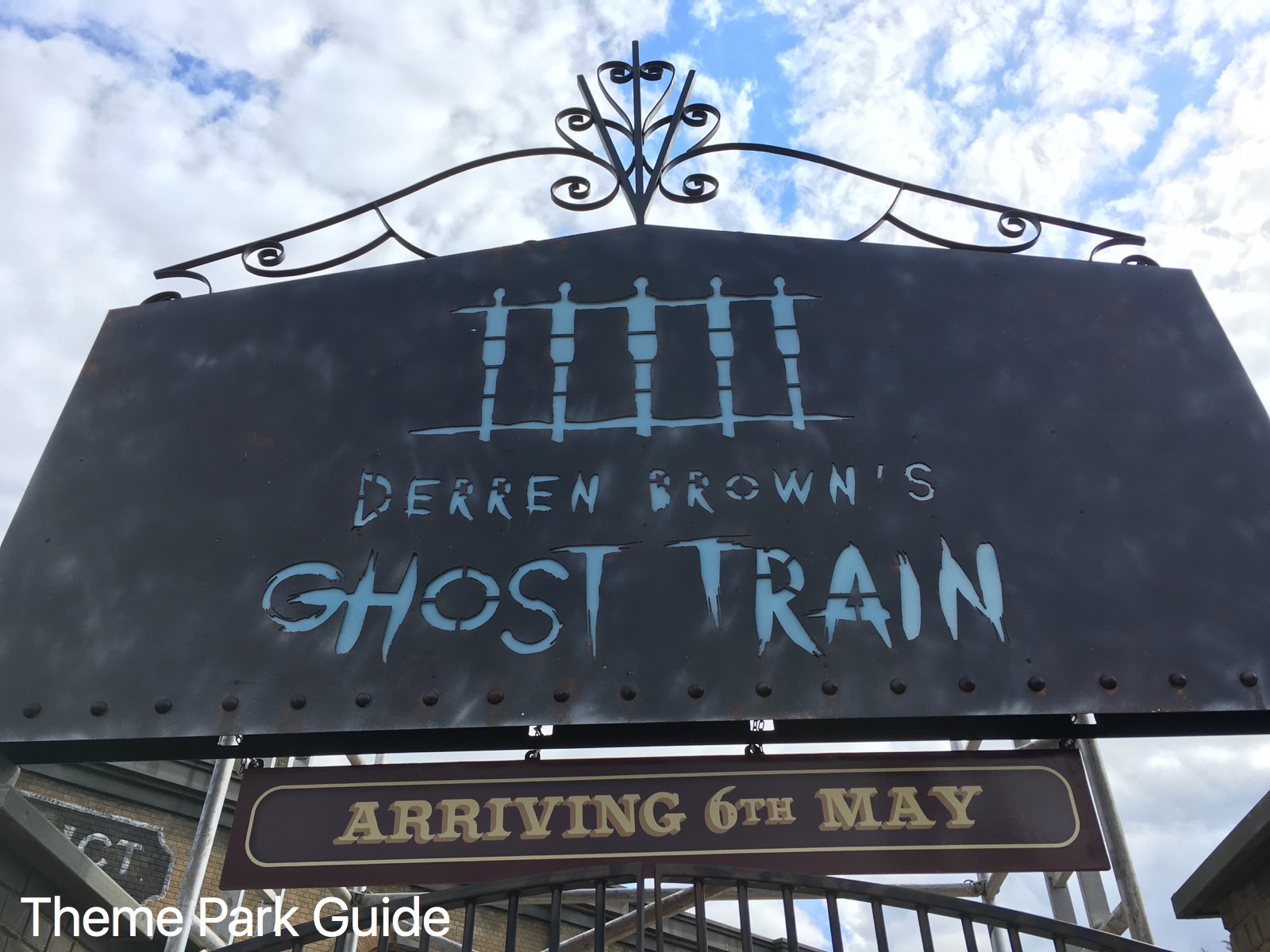 The shop has received even more merchandise and more theming, including a backwards clock and more creepy heads! 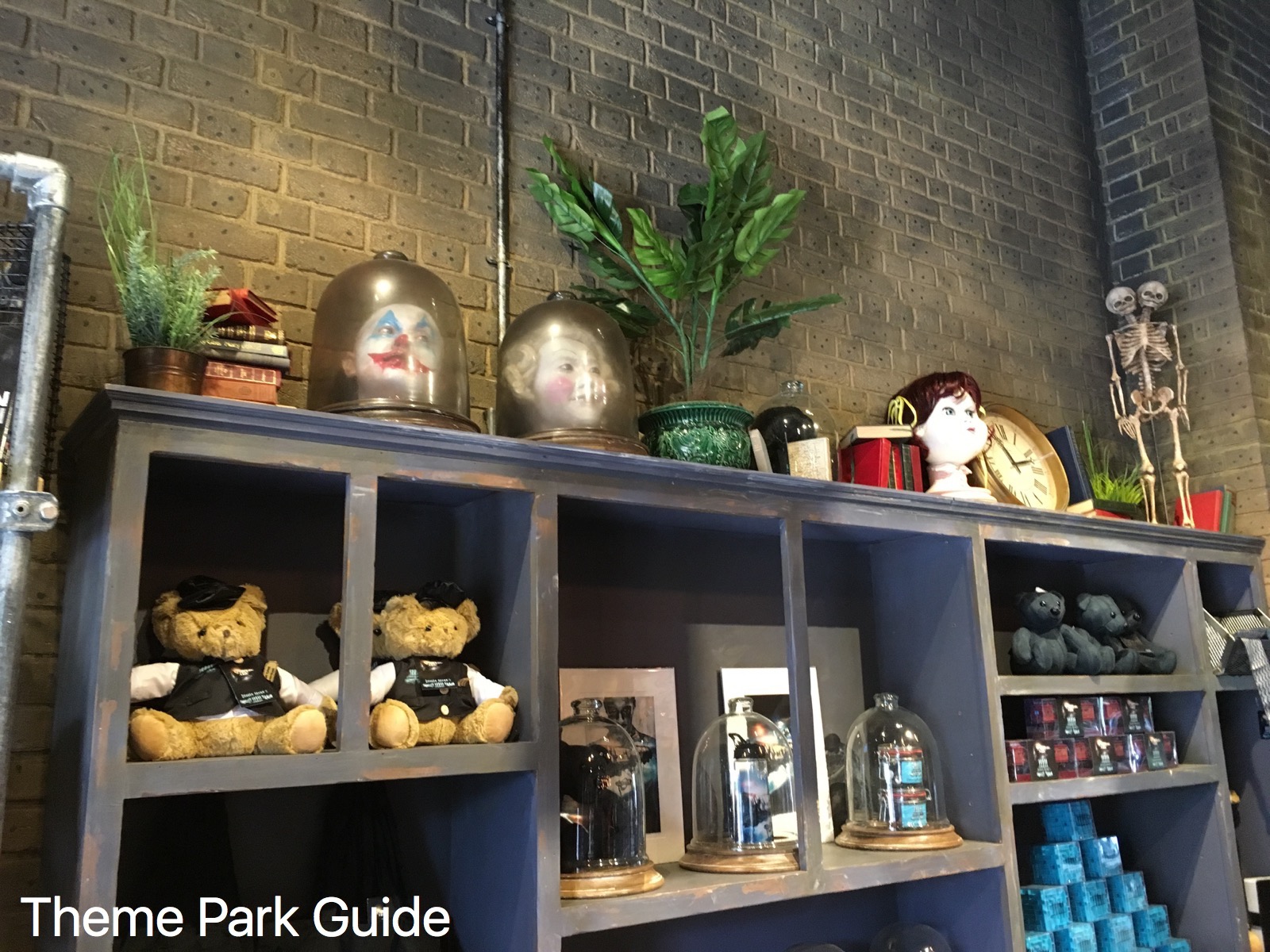 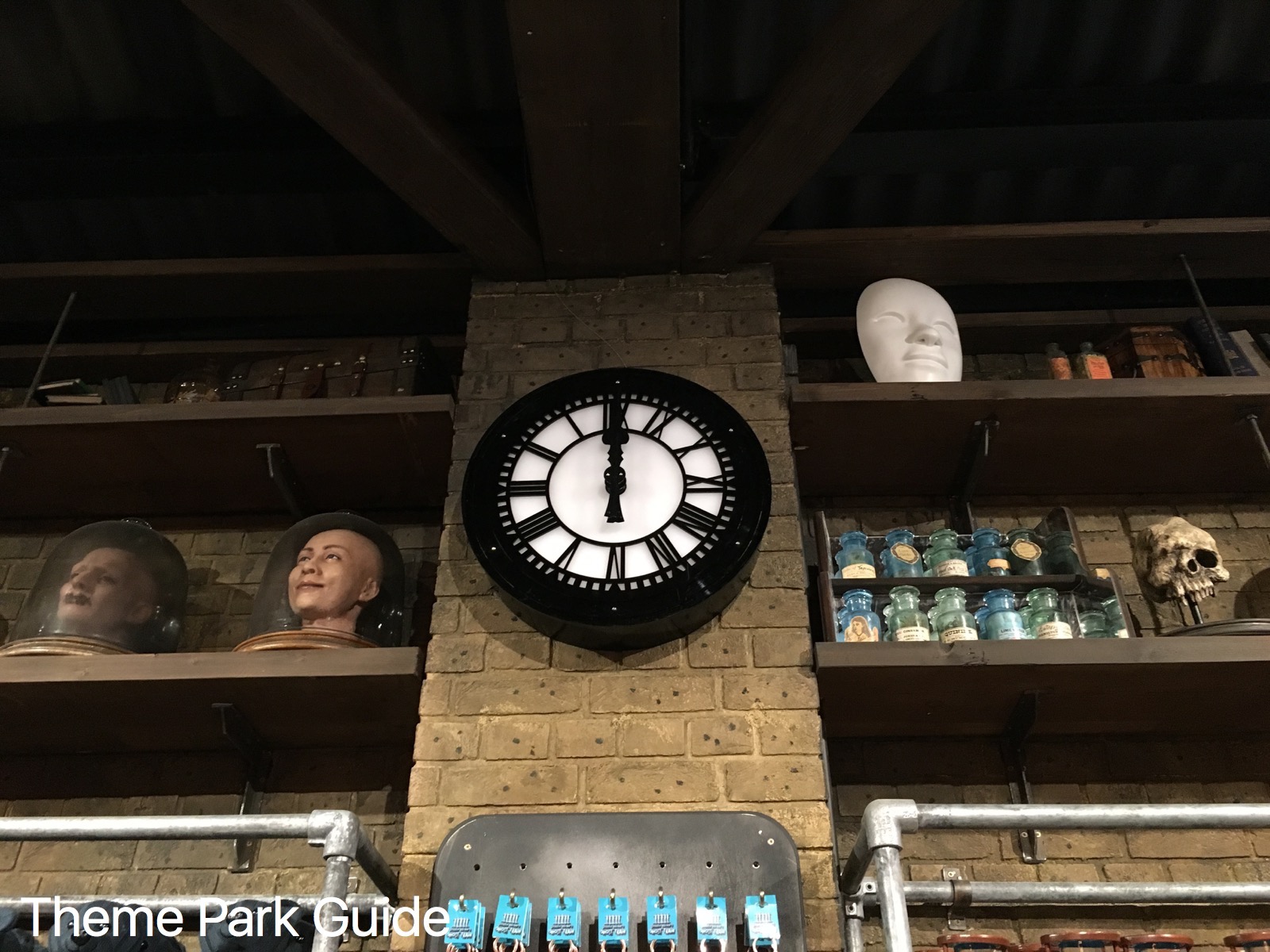 More work on the building has progressed, including the interior of a second queue line building being installed as well as the brackets being placed with their rust effects! 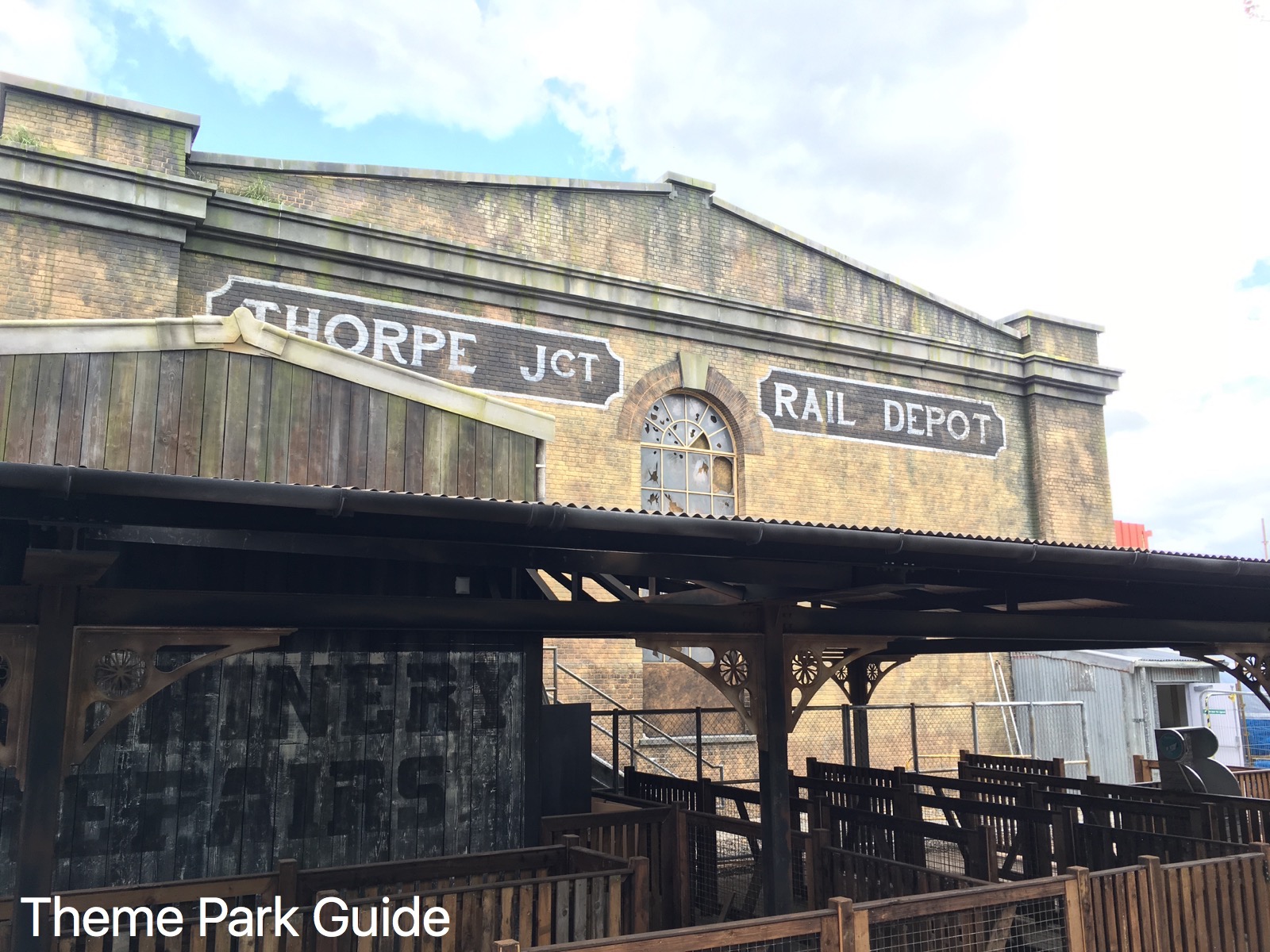 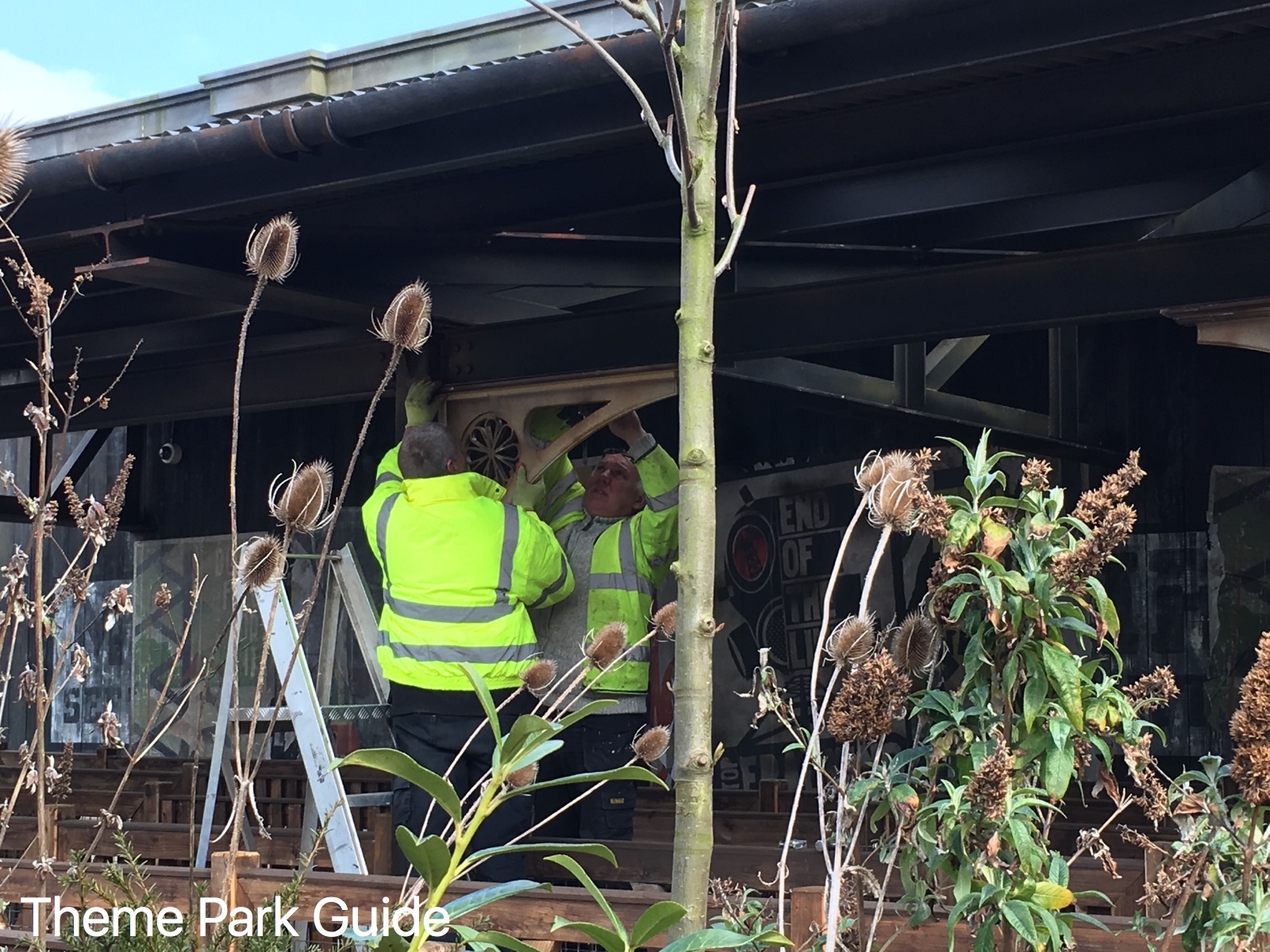 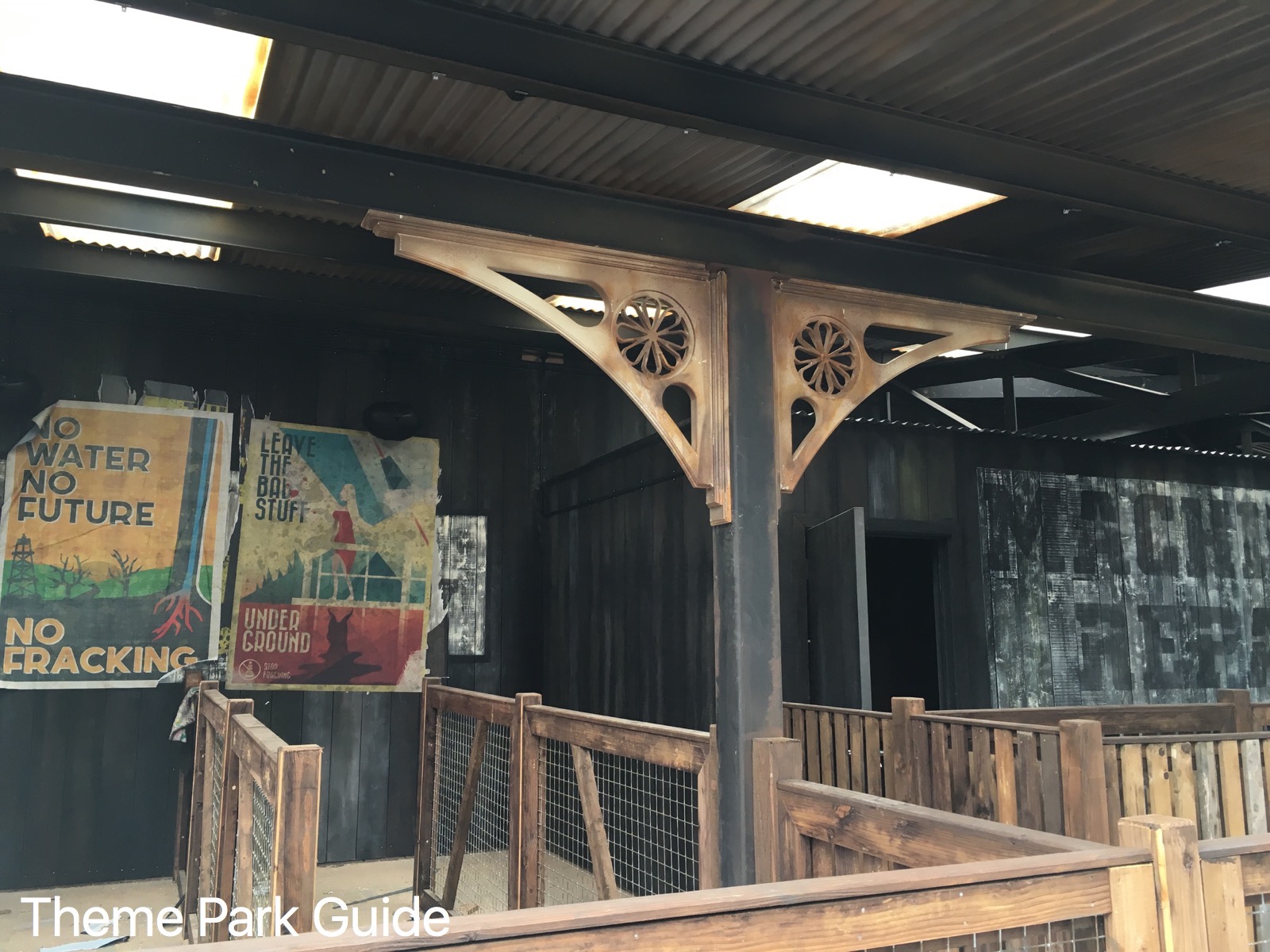 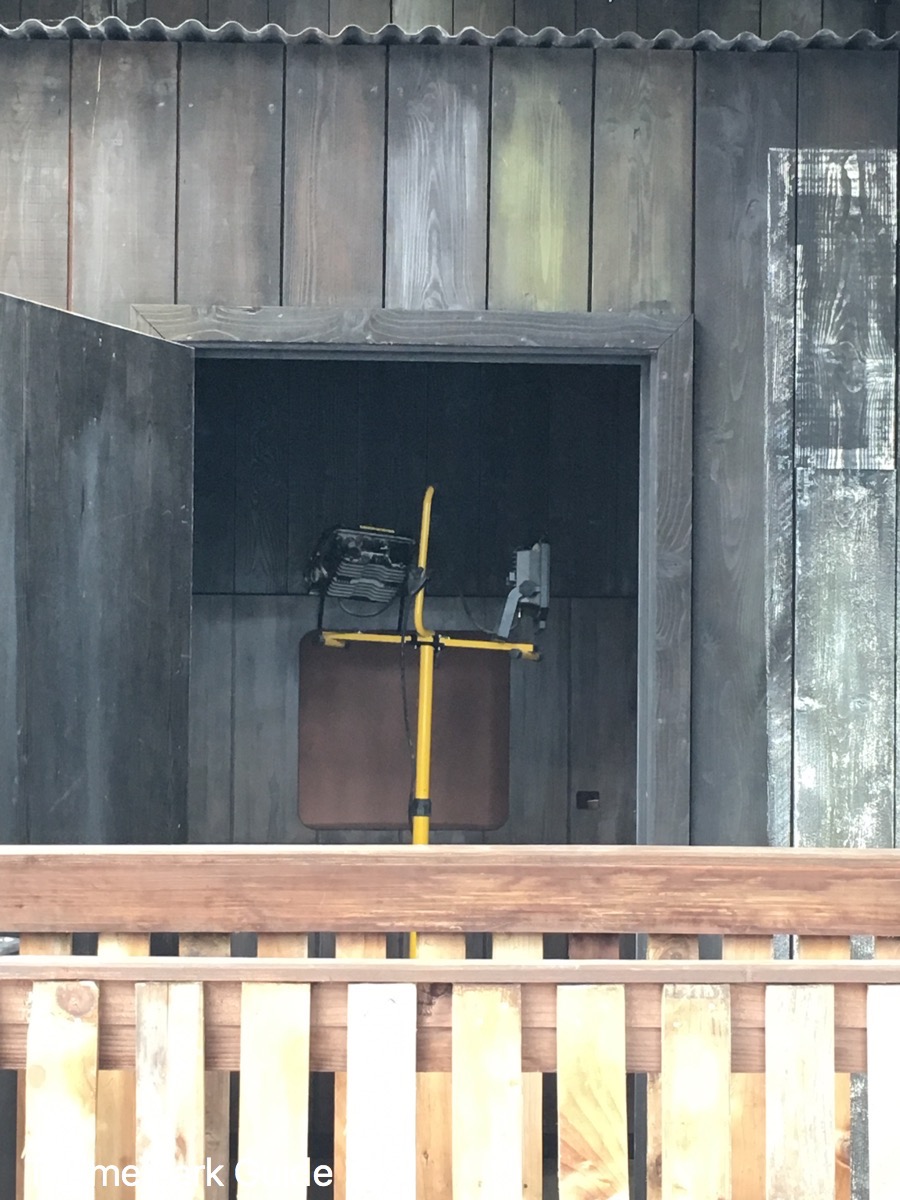 oh oh oh! Who remembers the images from the /bellows clue? One of them shows a light pols in the middle of a room. Like in the last image shown.

It might of been from a different clue but I swear I've seen that before or at least something similar. Not IRL. (Please don't say deja vu)

Where's the second building mentioned in the article?
Top

When the social edit of the soundtrack came online, did anyone else notice the mysterious eye that appeared within the crack of Derren Brown's face?

Eye can't see it. (XD) I thought the crack has always give through his I.

I'm a bit confused to what you mean, Justin. Do you mean his eye, if so that's always been there - or is there something else that i'm not seeing?

look above his eye.
Top

Ryan.B wrote:
look above his eye.

Again, that has always been there - and it isn't "within" the crack.

The thing above Derren's eye isn't in either of the main portrait or landscape visuals, so I'm not really sure what it's doing there, although I doubt it has any significant meaning.

lewis97 wrote:
The thing above Derren's eye isn't in either of the main portrait or landscape visuals, so I'm not really sure what it's doing there, although I doubt it has any significant meaning.

Possibly not, but it was the first thing I noticed when the social edit was released. I've been trying to come up for a reason for it being there, but I've got no idea either. On the other hand, they have been using the "eye" tag for a while...
"Something new is brewing for 2016, so keep your EYES peeled and mind the gap between now until October." just being one recent example, with 'The Wheel of Misfortune' and the 'Minds Wanted' campaign also featuring eyes too!

Right, I'm looking into things too deeply.... off for a cuppa!

I have to agree , if anything the eye looks like a photoshop error or somthing, perhaps it has some meaning , but I don't understand what more they can hold back from us ? , with the ride opening in less then two weeks? Surly now it's just a waiting game no ? [emoji12]

It was in the original teaser trailer though, Lewis.

It seems to be included with any moving version of the concept art - so it's likely to do with the animations used.

Now for something new...

Even more theming is being added to the exterior of the building today, in the form of old clocks! These are also all suspected to move in an anti-clockwise motion. 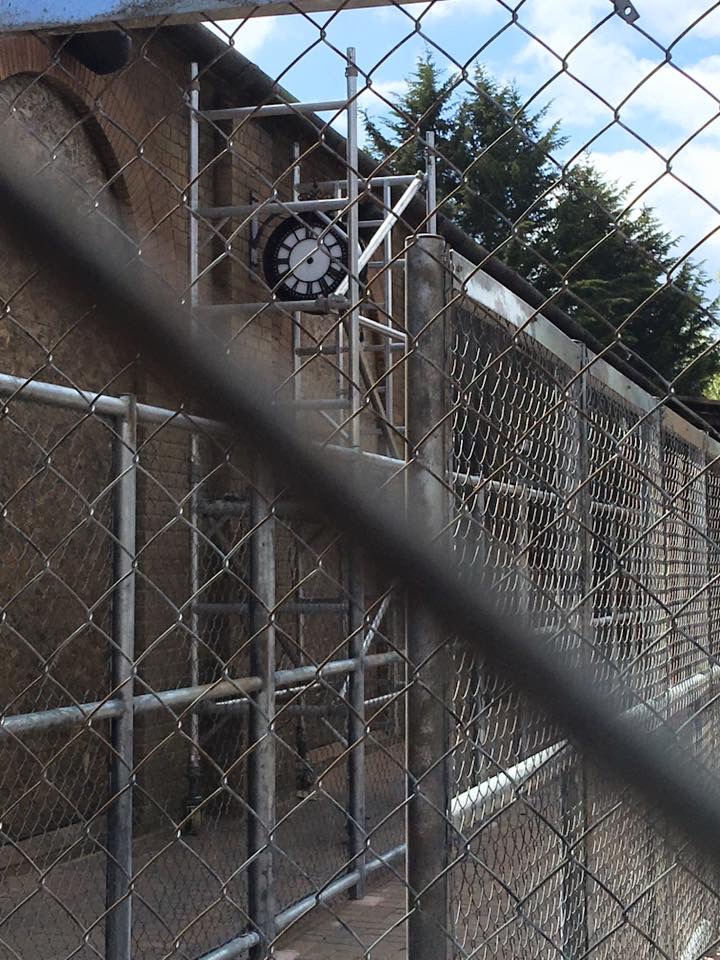 I caught a image of that today. Can't get it to you right now.

As much as I didn't want to like this ride, I can't help but look on and think how beautiful it is turning out. Never before have we had an attraction in this country that's so detailed. It's not in the league of Universal but it's great to see a lot of effort has been put in to make this attraction at least look the part. I just hope what lies inside lives up to expectation. With so many manufactures involved (did someone even spot Intamin on site at one point?!) I think this is going to be a great addition to the UK.

Is the theme too dark? Absolutely when you consider how dark The Swarm was just four years before.

But will it make Thorpe Park stand out from the crowd? That's one thing that will happen.
Top

Once this attraction enters previews/opens we are aware there will be a lot of discussion on this forum that many will want to avoid until experiencing the attraction for themselves.

With this in mind, please see our "Spoilers & You" topic. Located here:

I was just about to mention that there should be a spoilers topic.

At least we will never see POVs :-)
Top

I doubt the vr won't appear on YouTube, the community always finds a way

The more time passes, the closer we get to the opening, the more I'm wetting myself with excitement! I will *probably* spoil it for myself like with TH13TEEN but I'm sure it'll still be an unforgettable experience. The mixed bag of reviews for Galactica don't throw me off as I know this has had a lot more time and funding, as well as using superior tech. (Plus dark rides would much better suit VR than coasters, IMO).