The staff were in the normal blue uniform, however the ghost train uniform might be like Galactica's where staff can just slip it on quickly.
There's a lot of staff walking in and out of the attraction with radios and earpieces with a load of other non uniformed staff.
Top

As being a horror attraction, and as horror usually goes by now, I'm on the sidelines of dbgt having gore or blood or whatsoever. As Derren stated this will be more of a mental fear than shock fear (and the fact he won't put spiders in the train) makes me confused wether blood would be a good addition to the train
Ttsp's resident psychopath and coaster enthusiast
Top

Horror doesn't necessarily need gore to be scary - a good example is The Conjuring 2. This film has little to no gore in it but has just been rated one of the best horror films of all time.

Not to mention there's nothing on the ride board warning those that there may be scenes or gore or violence.

You might find this interesting, I hope, and will therefore forgive me joining the forum to post a whopping great plug....

We (the BBC Travel Show) have done a story on VR and theme parks, focusing heavily on the Ghost Train. It begins just over a minute into the show on this link: http://www.bbc.co.uk/iplayer/episode/b0 ... pisode-123

If you want to avoid potential - no more than that - spoilers, avoid the bits timed between around 4'45 - when the reporter opens the door - and 5'45. That's from a "making of" provided by Thorpe Park/Figment, most of which is from a video made many, many months ago.

The Travel Show's mainly made for BBC World News - hence the line "Alton Towers in England's Midlands" which I think is in there - but it does go out on the UK BBC News Channel and on iPlayer.

Don't read anything into the timing of this film going out. We'd originally (briefly) planned to do something in March; that quickly got moved to early-May to coincide with the planned opening, then that got postponed when we weren't able to film enough in time. We settled on this weekend around five weeks ago; when we heard about the latest delay (the day before we did the bulk of our filming, ISTR), it was too late to move it. TBH, I doubt we'd have got much more of the ride if we'd waited till it was open anyway.

We know no more about when the ride will open than you do, on or off the record.

Why is it delayed? Nobody's told us explicitly - on or off the record - any more than the official Thorpe Park statement. But one of the interviewees in the film does know....

We did the interview with Derren back in February, when we were aiming to get the piece on air before the ride launched. We also did one with him on the press day in May in front of the train, but the earlier one worked better in the piece.

We shot the pictures of the train and most of the Thorpe Park shots on the press day; the exteriors of the ghost train building, signs and the rest of the TP shots were a couple of weeks ago, when photos of our camera appeared on various forums....

In the opening sequence when our reporter goes on "Colossus", we use shots of more than one rollercoaster. We know. That's why the script says "these rides".

Do the "characters" in the "making of" sequence appear in the final ride? We don't know; as mentioned above, that footage is from a video that was made quite a while ago.

Have we been on it? We had the same experience as everyone else who went on the press day and have promised to keep it secret, like all the others.

Will it be any good? I think I'm probably still covered by the vow of silence on this, but it's probably safe to say I've been following the Ghost Train for months now - and I can't wait to try it out properly.

Thanks for sharing! Some people may deem the part that looks behind the scenes of the VR content as containing spoilers, so I'd be mindful of that before watching.

lewis97 wrote:
Thanks for sharing! Some people may deem the part that looks behind the scenes of the VR content as containing spoilers, so I'd be mindful of that before watching.

Thanks - have modified post and added a little more context.
Top

I'm not surprised the reporter found the ride on Colossus scary, she was seated at the back! That thing is awfully rough, especially at the back...

So yes, thank you for taking the time to interact with the community! You have made my, and I'm sure many others day!

There was an on ride photo on the table today in the GT shop, probably not a spoiler but if anyone want to see it, there you go!
Spoiler: show 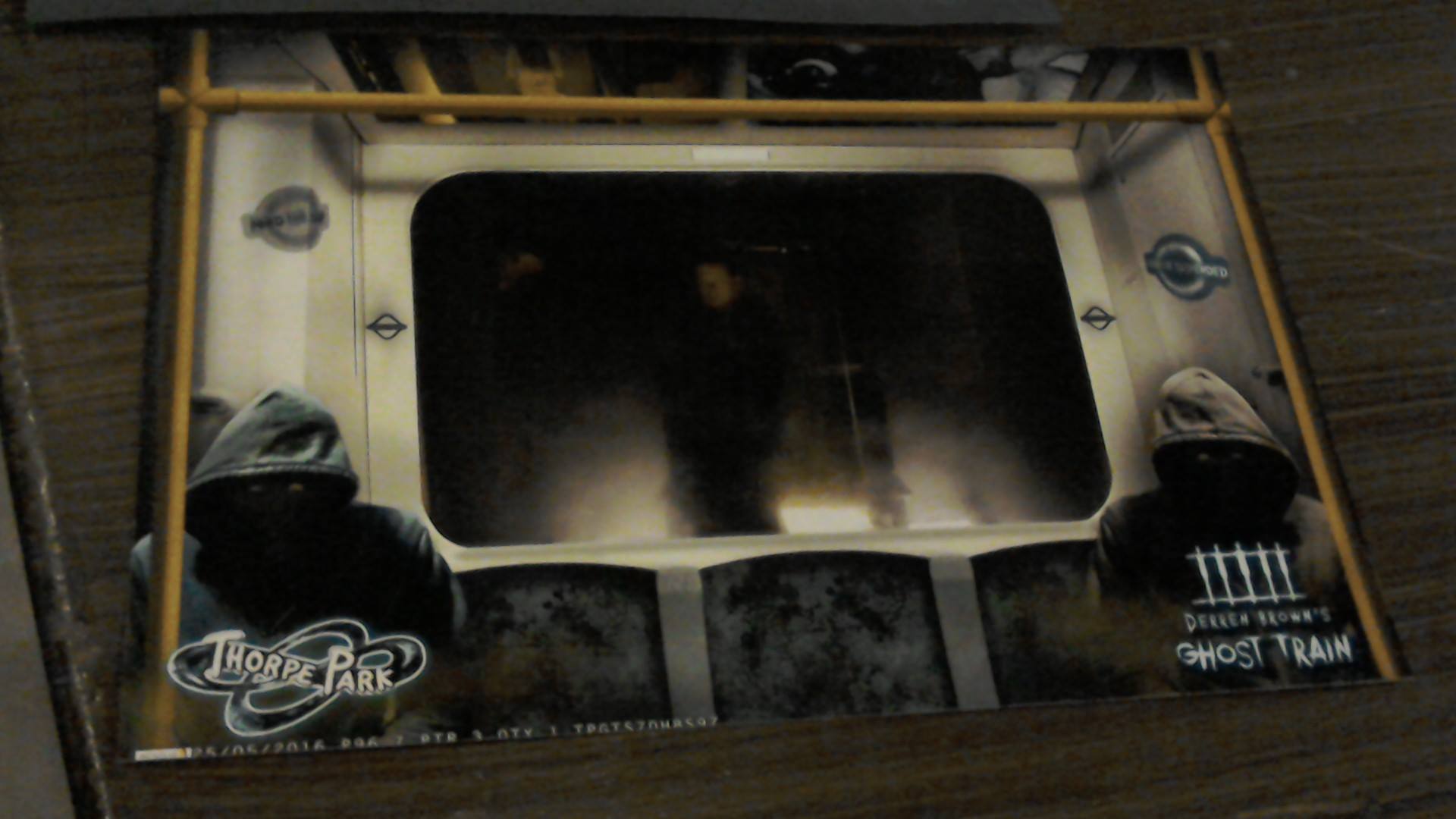 Thanks for sharing that video, it's suddenly got me even more excited for the ride than before. Now, just to wait for an opening date.

rolicoli8 wrote:
There was an on ride photo on the table today in the GT shop, probably not a spoiler but if anyone want to see it, there you go!
Spoiler: show

Spoiler: show
who's that man? Is he meant to be part of it or do you think he was just there when they tested it?

Sorry if this has been said before - I missed big chunks of this topic, and I don't have the patience to read through 200 pages

Regarding the throughput, I think we all agreed that it was abysmal, but here's an approximate throughput (just because I was bored)

Throughput = No. dispatches per hour * People per train

We know people per train is 58 (according to Thorpe's website), and that the time per dispatch will be around 12 mins ÷ 3 trains, plus maybe a minute, because the other value doesn't take into account stacking.

Obviously this is probably inaccurate, plus or minus a few hundred people, since I presumed the length of each ride is 12 mins, the number of seats could be less due to VR problems, and the boarding time was an estimate (but still 5 minutes which is quite high). So it's safe to assume for now that this is a theoretical throughput.
Top

I am eagerly waiting for tps new ride like everyone else but having the anticipation of my new htc vive has been a nice distraction. Having played around with the vive and tried the obligatory jump scares I am expecting that with the inclusion of the vive on the ride with all the extra immersion of physically being inside a themed building, this ride could be the scariest ride ever. I am now more excited about this than ever and slightly aprehensive to put on the vive and see what is lurking in the dark.
Top

So I'm at Thorpe today and got a closer photo of the ride photos and a door in the queue line was opened which I managed to get a photo of. 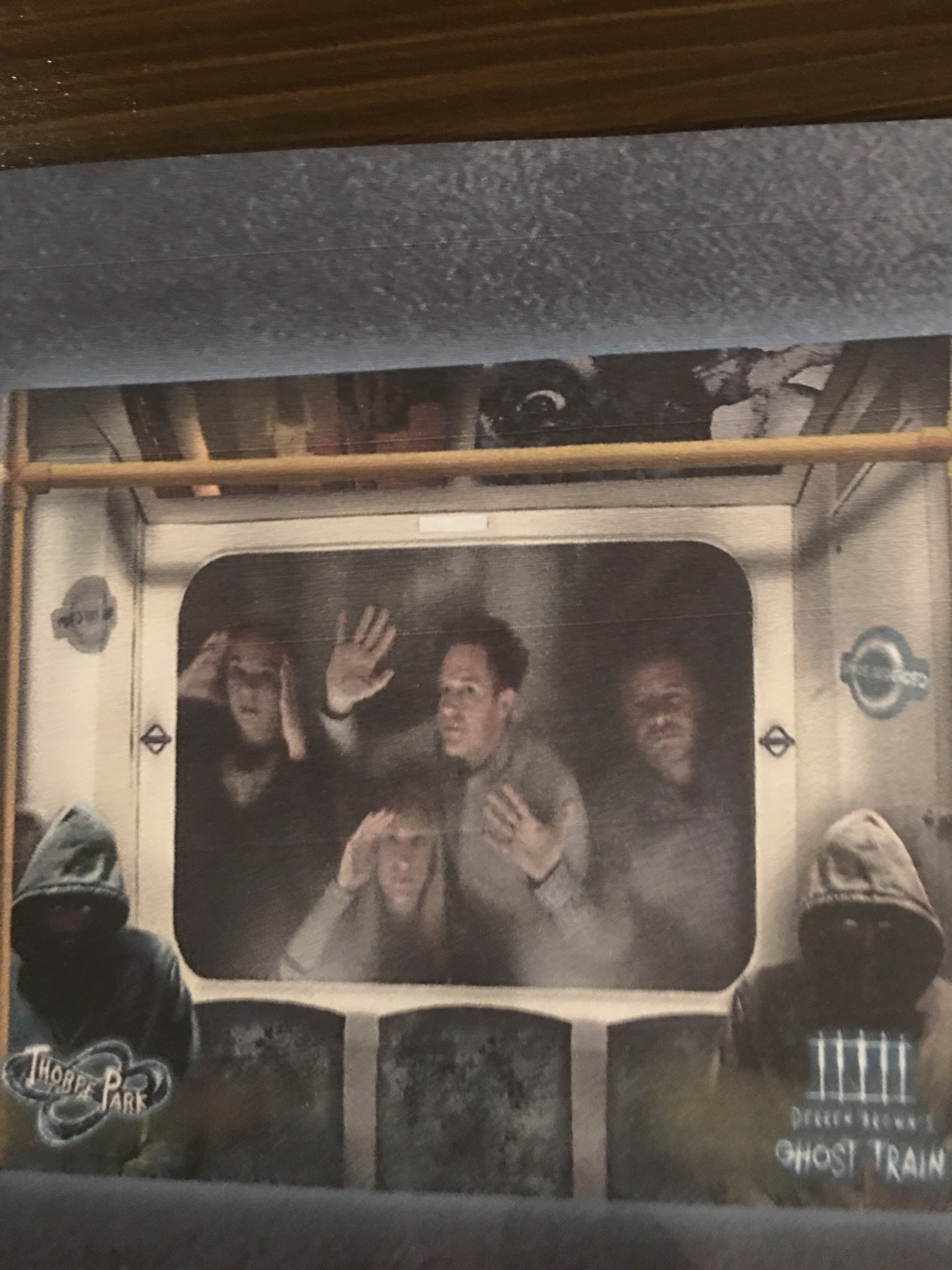 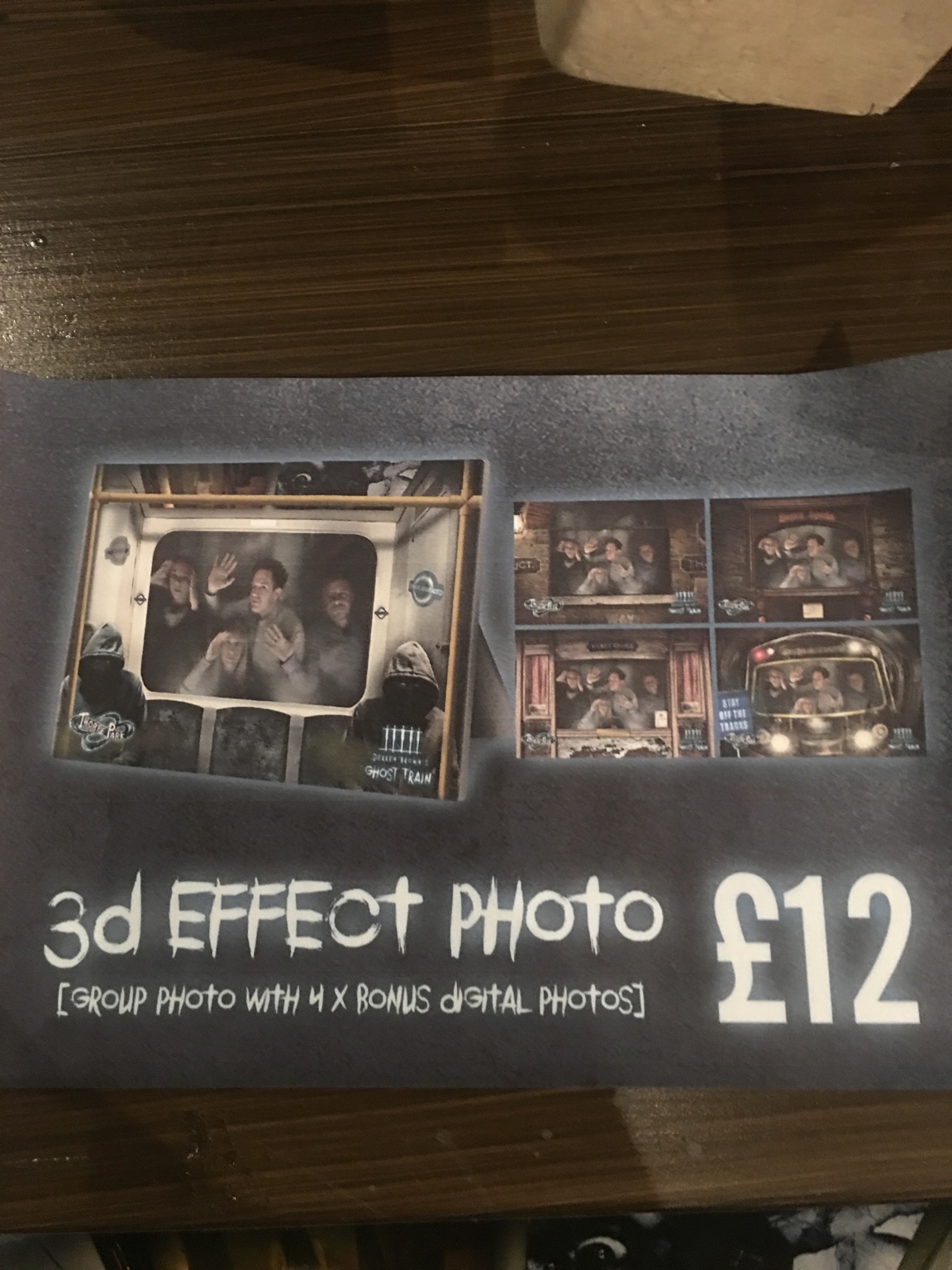 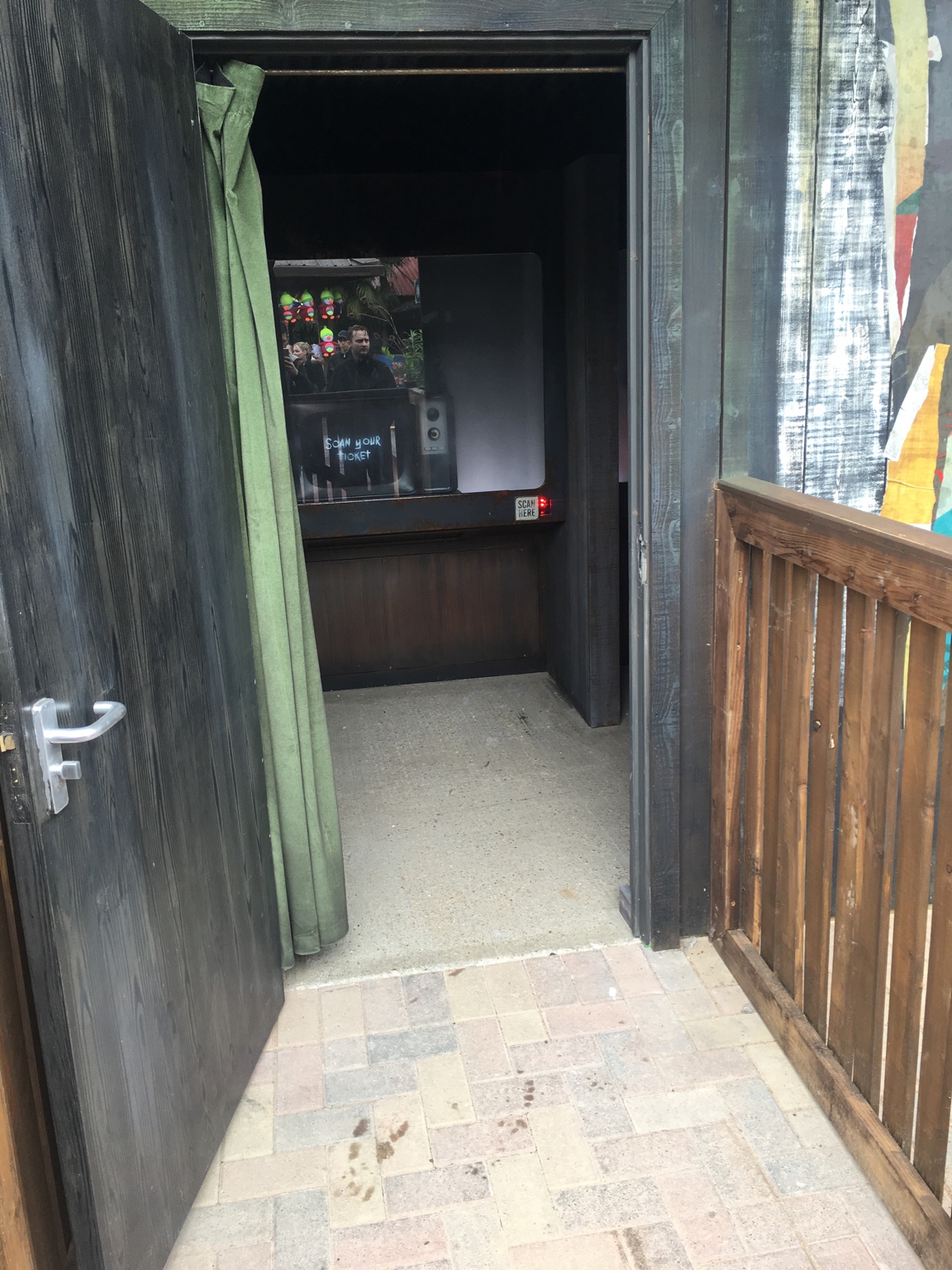 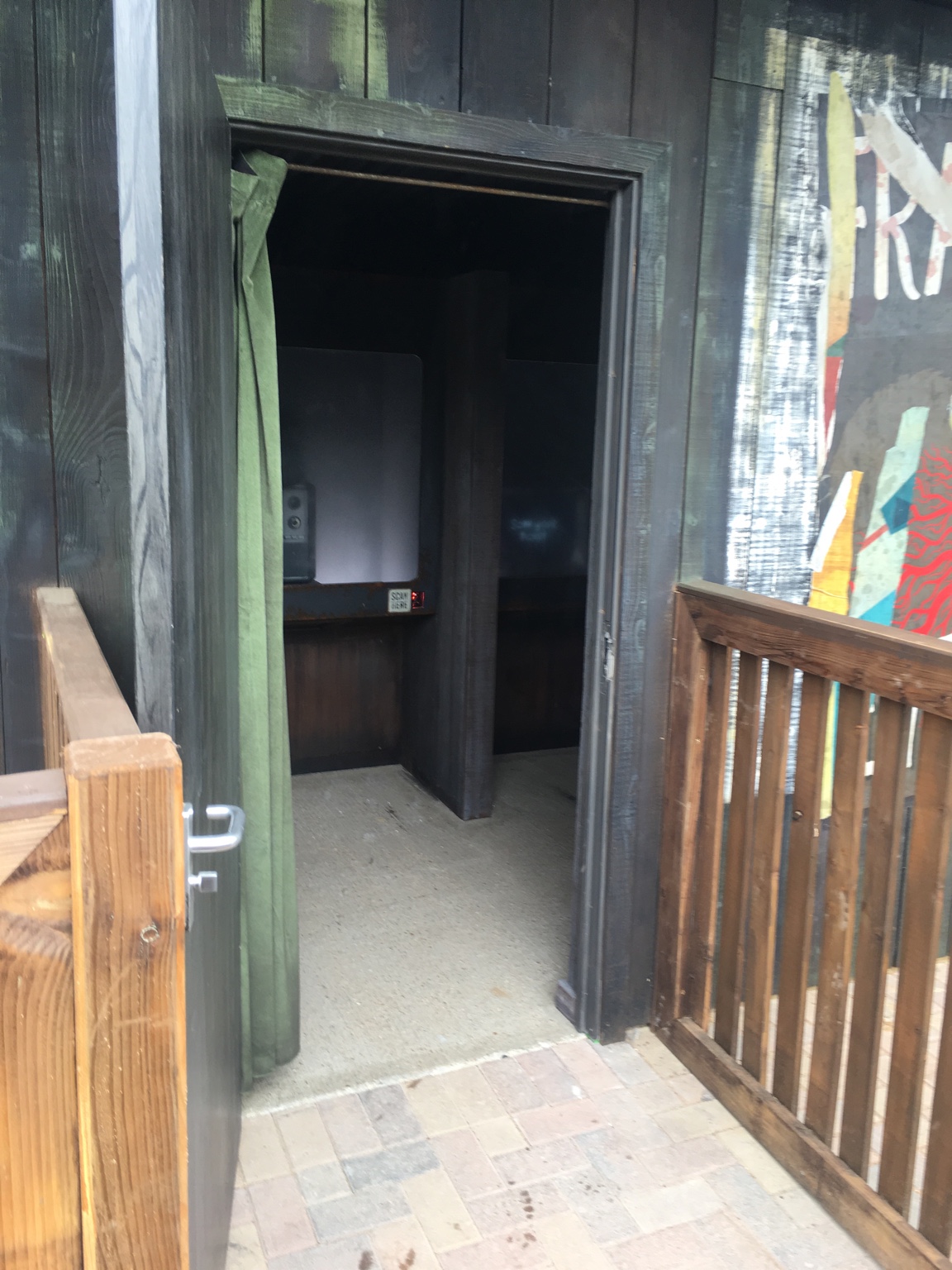 It would seem that you can get these two different photos then.

At Thorpe today, they're clearing the queue out... Soft opening potentially. I was also in the shop and they tested the sound for. "The ride will not be able to continue, please leave the queue" something along those lines 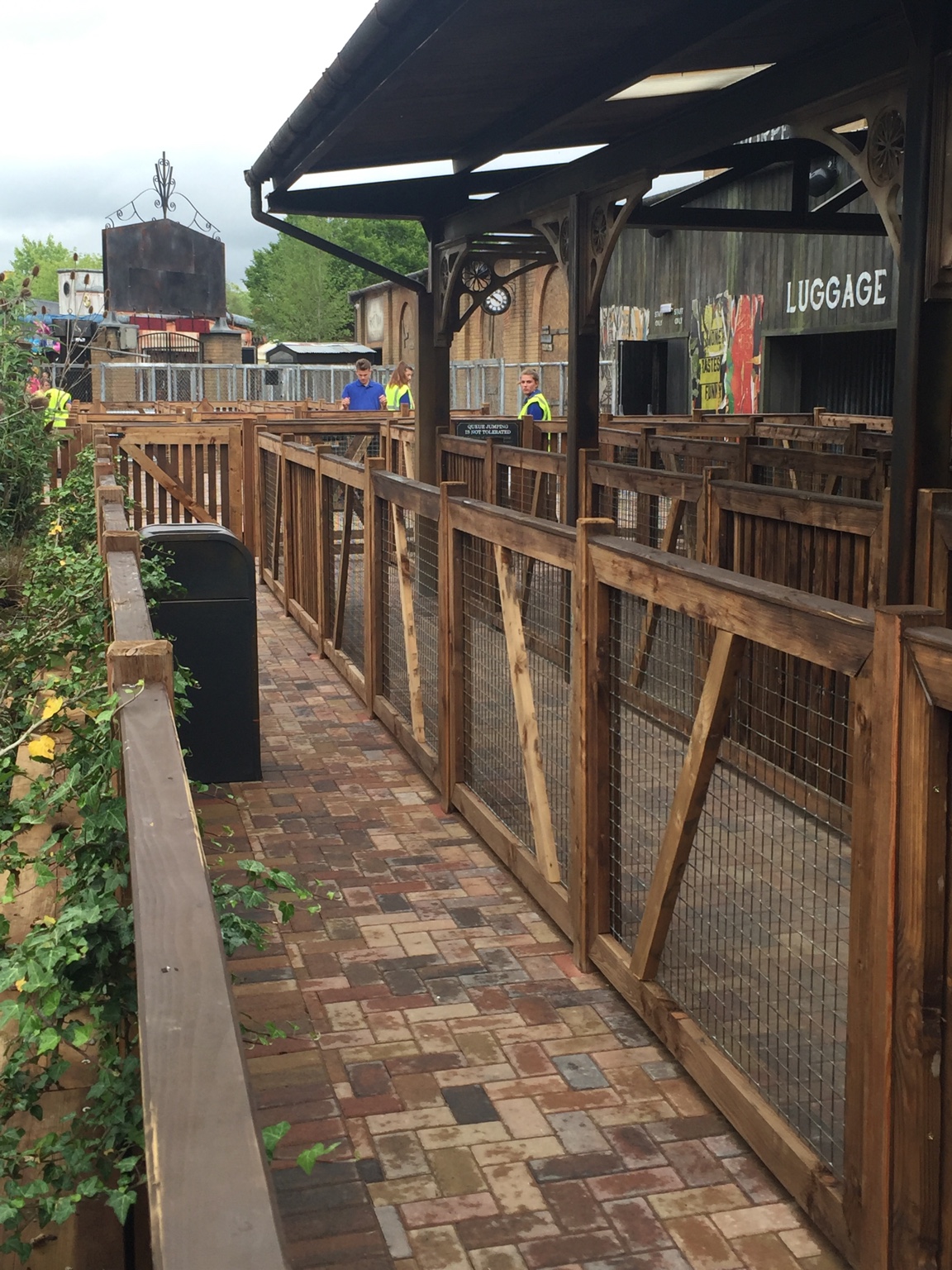 Seems like they're preparing for an opening, wouldn't be surprised if it's this week. We'll just have to see.

Would LOVE some spoilers/ info!
Top

Unfortunately there aren't really any spoilers as of yet, considering that the ride isn't open