Whilst I would tend to agree, although the main screen has the correct dates, it sounds ridiculous that we should not trust the information on the booking page itself for a ticket being sold.

I can't think of any other situation where something would be sold with a description that people have to consider if it's actually truthful.

Not sure if you remember but last year Thorpe changed their open dates, removed the tickets from sale during the quieter part of the summer. It seems to happens a lot, sure its on this forum where someone mentioned it - also often reduce hours quite bit to what is advertised on the ticketing site.

Also the dates might be right - think they are usually confirmed by Thorpe Breaks first, its the descriptions I wouldn't trust, probably a Fright Nights package on their back end they are yet to update the descriptions

It's usually me that spots the changes.

Ordinarily, the Accesso booking page doesn't get updated until accurate information is known, so once something is on there it should be as reliable as can reasonably be. The reason being, it is literally forming the contract between guest and operator. It's also why other operators who do not know their precise details, won't sell tickets until they do. Disney typically only publicly announces operating hours upto 3 months in advance, so that when they are announced, they are accurate.

Whilst attraction availability can never be guaranteed due to reliability or unforeseen consequences, stating the number of attractions that will be there is a lot more specific. Unless they have 5 mazes already signed off and ready to go, it makes no sense to claim how many mazes will be operational and sell tickets with that statement.
Top

Fair enough - can't help but just not trust anything that comes from Thorpe. Their Website and comms are appalling. Seems odd if you know the mazes they wouldn't of put something on the fright nights page to at least talk about the 5.

Always skeptical about the website/booking/info from the team there, and to be honest not like I use the booking system at all. Either they are getting their stuff together with Fright Nights, as its not been long since the closure of last season to know what's happening next season - and I know they say they start planning straight way but even so, that would be the most efficient thing Thorpe have ever done!

Still a bit worrying if it is all up to date before it appears on the ticketing site they are referring to 2019 season...... does seem that something might of slipped by somewhere along the line
Top

It would appear an update occurred on the ticketing system today. Gone is the mention of the number of mazes, and the year has been corrected. 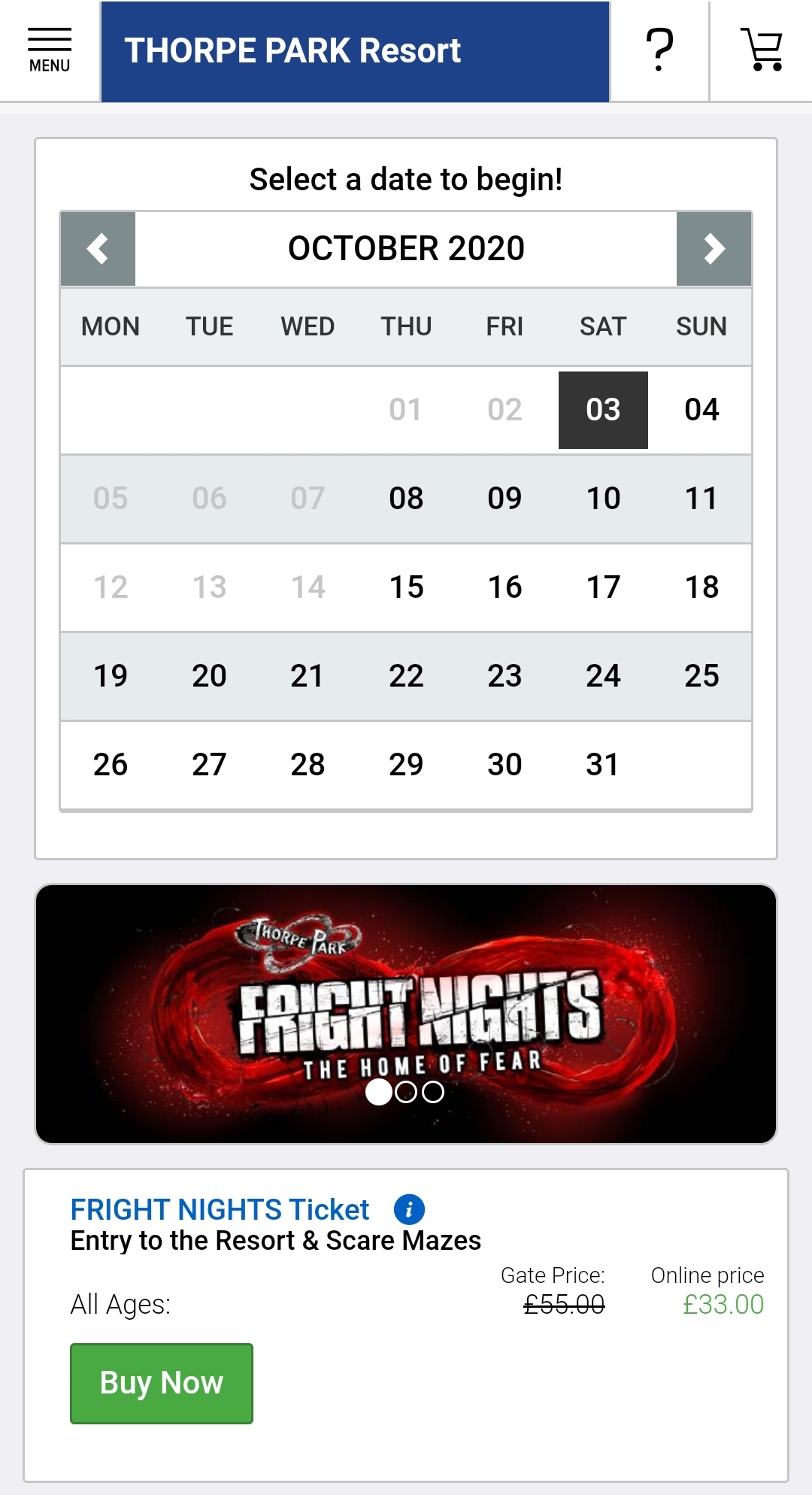 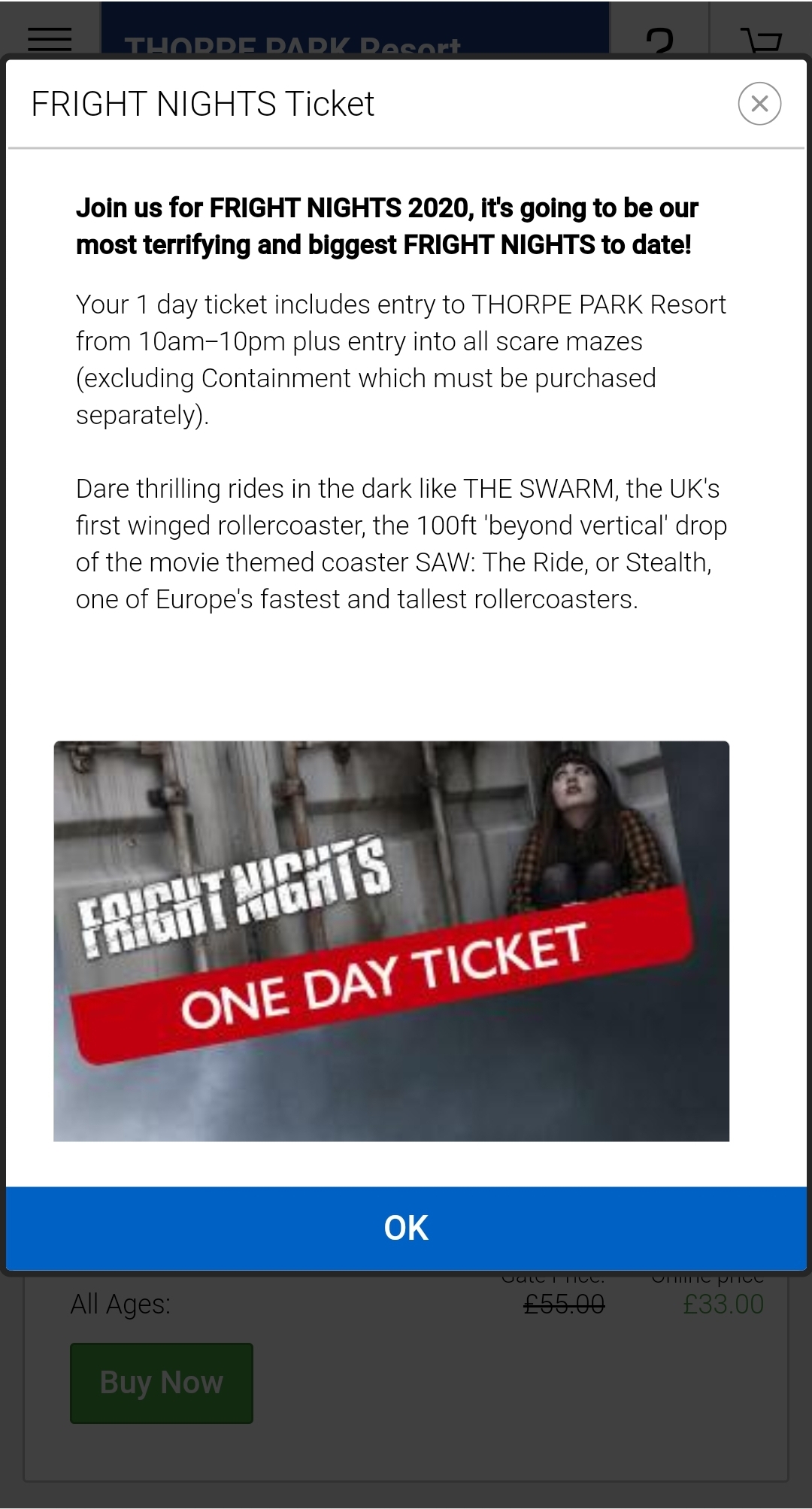 Thorpe Park Resort have received two nominations in this year’s ScareCON SCAR awards, including ‘Best set and design’ for Creak Freak Massacre. SouthParks News has further details on the awards.

Which was your favourite scare attraction at last year’s Fright Nights?

For some reason, on the website, if you have a Premium Merlin pass it won't let you book any of the 9pm days.
Top 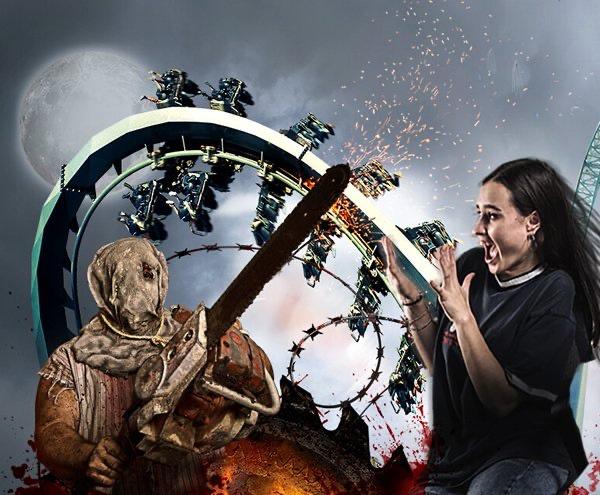 With a brand-new scare maze and a number of new outdoor scare zones, alongside some returning attractions, SouthParks examines all the details for 2020’s event.

Will you be visiting the Island's "FEARSTIVAL"?

If I book a night in the hotel for Fright Night season, as a Merlin Annual Pass holder, do I get automatic entry into the park or do I have to use a 'pre-book ticket'?
Top

Mattovey1984 wrote:
If I book a night in the hotel for Fright Night season, as a Merlin Annual Pass holder, do I get automatic entry into the park or do I have to use a 'pre-book ticket'?

I believe you get an automatic reservation for your pass, but it's worth checking with the park to confirm

Thorpe Park has unveiled a ‘FEARSTIVAL’ of attractions as FRIGHT NIGHTS 2020 was launched at a special VIP and media preview event on Thursday.

With two scare mazes, five scare zones, roaming scarecrows, and a cinema experience, fear has crept into every dark corner of the Island. SouthParks were invited to experience all the scares the Island has to offer.

Mattovey1984 wrote:
If I book a night in the hotel for Fright Night season, as a Merlin Annual Pass holder, do I get automatic entry into the park or do I have to use a 'pre-book ticket'?

I believe you get an automatic reservation for your pass, but it's worth checking with the park to confirm

Thanks Chris. Wales have just entered another look-down, so all Halloween Theme Park visits for us have had to be cancelled. Planned on doing Oakwood, Chessington, Thorpe and 3 nights at Alton Towers in the Half-Term week. Such a disappointment, but hopefully next year will be better.
Top
Post Reply