Day 3 of Colossus being closed.

Edit: Colossus has been added to the Thorpe Park website ticker, stating it is closed along with Vortex. So looks like they're expecting it to be closed for some time.
Top

I'd say any longer than a week without news then they have a major issue. Thorpe have suffered a lot with ride breakdowns this year.

They've been somewhat quick in listing it closed on the website - there's also a note on the Colossus information page saying that it is unavailable. Given the area they've closed, it just doesn't seem like the normal suspects of trains, station or lift hill motor failing.

Their ageing ride selection is definitely showing them up this year.
Top

Day 4 of Colossus being closed and it appears the cherry pickers are out, with maintenance looking at the supports on the cobra roll. 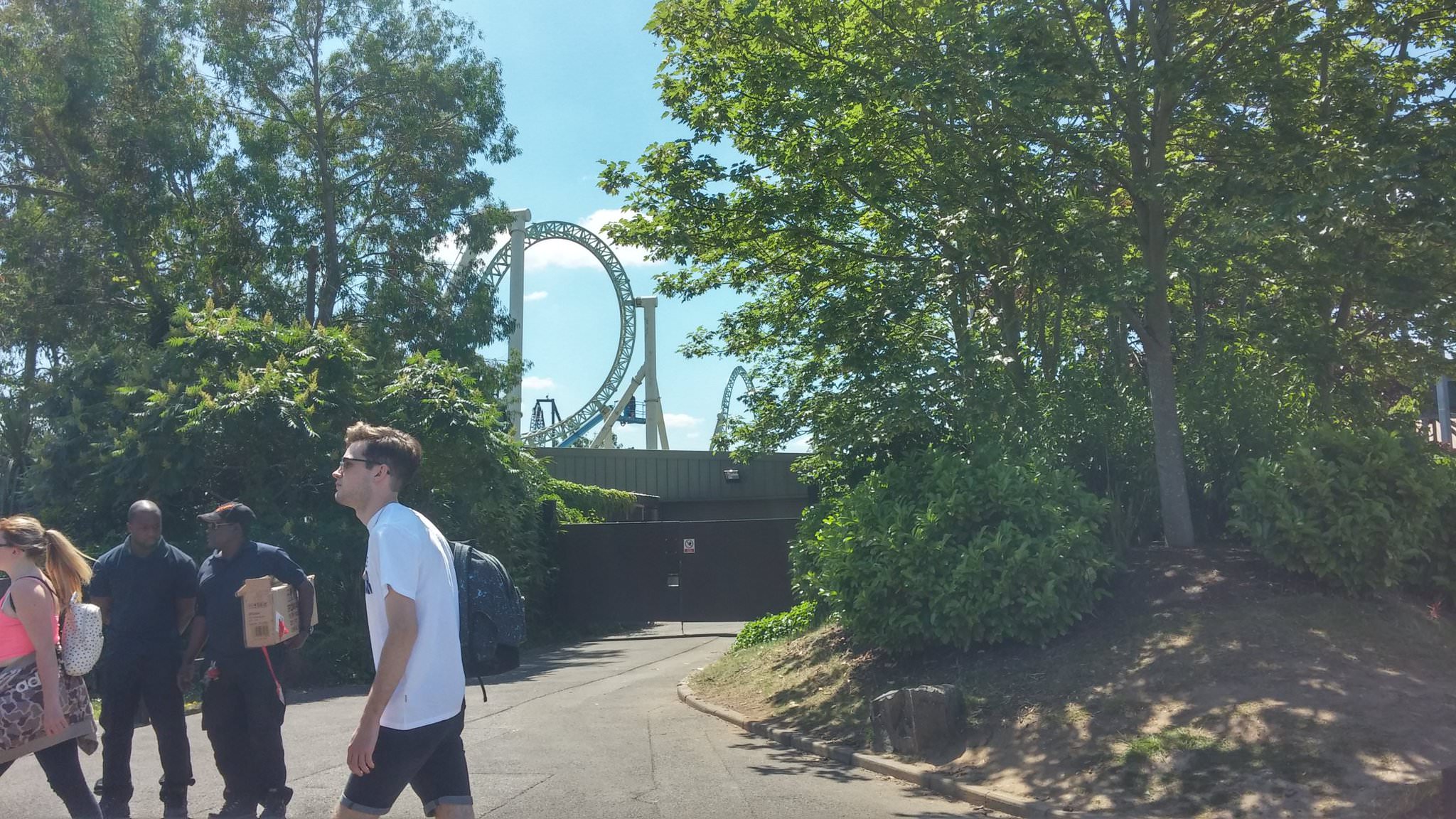 It must be the structure!

I do wonder if a retheme is still on the cards?

Did anyone else hear the sigh of relief coming from Merlin's accountants? Run the parks with the minimum operations that can be gotten away with to save money, then a big attraction goes out of service with a potentially very costly repair!

Maybe a 2019 repaint and tidy up, but otherwise I think it'll get left alone. It still draws the biggest queues in the park, so it isn't that greatly in need of a re-theme from an operations point of view.
Top

Colossus reopened today, had a ride on it and it didnt feel much different. However after coming off I saw a group of men trying to steal from the shop, whether the staff were intimidated or not, it's absolutely disgusting and Merlin aren't doing everything they can to keep staff and guests safe from this. It's obvious that there isn't enough security on park!
Top

Swarm Chris wrote:
Maybe a 2019 repaint and tidy up, but otherwise I think it'll get left alone. It still draws the biggest queues in the park, so it isn't that greatly in need of a re-theme from an operations point of view.

They've painted the base of some supports this year, which I must say, does look better than the matt and faded paint.

ThemeParkEwan wrote:
Colossus reopened today, had a ride on it and it didnt feel much different. However after coming off I saw a group of men trying to steal from the shop, whether the staff were intimidated or not, it's absolutely disgusting and Merlin aren't doing everything they can to keep staff and guests safe from this. It's obvious that there isn't enough security on park!

That is not good! Hopefully it was picked up on in some way

To quickly continue the security side track. I've felt they've been more visible wandering the site this year, but for the quiet season so far they've had very little to do. On the quiet days I've seen some having fun in places and a couple of the guys I've seen regularly there are really friendly and know the parks well.

When I was there a couple of weeks ago I noticed there were more security on and that they were more active in their role, watching areas and taking people aside to talk to them.

What I have noticed is that for whatever reason staff have not typically been confronting things (blind eye to people filming on the coasters with their phones in plain sight for example). In the case of robbery, this is probably protocol to ensure staff safety. I would have hoped there was a rapid assistance system in place though. I also hope that staff feel supported enough to be able to challenge things.

And to say something about Colossus, umm, hadn't noticed the base of some supports were painted this year...

Day 3 of Colossus being closed.

Edit: Colossus has been added to the Thorpe Park website ticker, stating it is closed along with Vortex. So looks like they're expecting it to be closed for some time.

Colossus has now re-opened and has a long queue as usual, but Vortex remains closed. Also, I don't know if this particularly means anything, but Vortex has been removed on the list of ride queue times on the Thorpe Park mobile app.
Top

Justin wrote:
Colossus is back open with a current queue time of 50 minutes

I do wonder if a retheme is still on the cards?

Without a doubt it is. Colossus isn't particularly an ancient coaster but soon the ride will become old and extremely outdated. Parks have to plan ahead so you can guarantee Thorpe Park already has something planned for when the finally do get rid of Colossus.
Top

It is quite an old coaster. It is 16. (That makes me feel old). It's Thorpe's oldest big coaster. It really needs either a massive upgrade or a replacement.
Top

I’d love to see a Hulk style refurb with a complete retrack and new trains. The layout for Colossus is fun and it’s one I really like but I doubt it would happen, this is Merlin and maintenance isn’t their strong point.

If Colossus gets a retheme then that might mean the soundtrack for the ride (and possibly the area) could be changed. The Lost City soundtrack is simply perfect and my favourite in the park by far. This might sound weird but I even got really emotional from the Lost City soundtrack. I'm anticipating a complete retrack like what Tom170499 said. A retheme just doesn't seem right.

Also I'm really hoping Vortex eventually reopens. It's the only flat ride at Thorpe that I haven't ridden and I'll be devastated if it ends up permanently closing.
Vortex closing permanently would be a very questionable decision by Thorpe as you've already got Slammer waiting to be taken down. It would make a bit of sense if Slammer was being used for parts for Rush but it eventually gets depressing by just staring at one of the most unique flat rides in the UK, and knowing you'll never be able to ride it.
Top

Thorpe Park's Twitter account have been playing around with people over building an RMC again, and then specifically about the T-Rex model. I'm deliberately going to have a little selective memory here on Thorpe's previous teases on Twitter. But it got me thinking, when Colossus closed for the 4 days a while back, was it really a maintenance issue, or was it being surveyed for replacement?

1. It was closed predominantly during the week, meaning disruption would be the least they could hope for.

2. There's no visible sign of any work having been done anywhere.

3. It's operations are getting worse and worse. Minimum dispatch time is now 3 minutes and I've seen reports of it hitting 7 minute intervals. Outside of this the safety system kicks in at the slightest thing and it's often running test trains for an hour or so a day.

So I'm wondering if someone like RMC came in to see what they could do. Either as a full replacement, or even a retrofit, to get a more reliable attraction in here. RMC is known for retrofitting wooden coasters, but given they're now doing full steel ones, could they consider using existing construction for that too? It would certainly reduce costs and make getting planning permission easier, if they reuse things and remain within the existing footprint.

Plus Colossus merchandise is still all on sale in the megastore, and non-existent in the island gift shop as far as I remember.
Top

Bad news for those hopeful for the removal or otherwise update of Colossus. Fairly sure these are a new range of hats for sale. 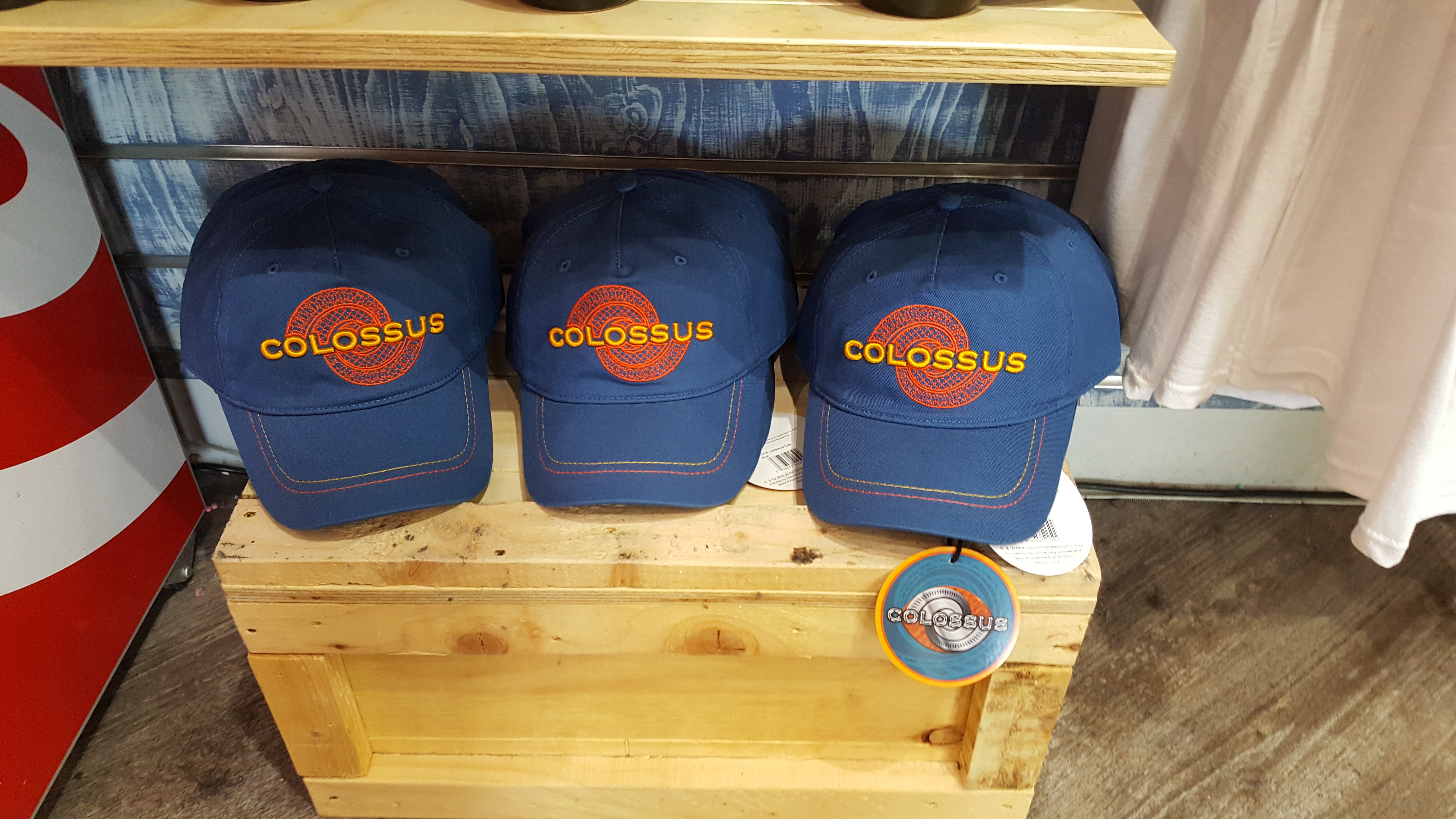 The longer Colossus stays the better. It’s so fun when it’s not too rough. If you get that perfect smooth run (which I’ve had) the ride is absolutely fantastic. I just think if they repaint it and get new trains it would be even better.
Top

I hope Thorpe Park see that it only needs a repaint and new trains, WITH lap bars, then the ride would be great. It is simple.
Top
Post Reply

Users browsing this forum: No registered users and 60 guests