SouthParks Facebook today had an on park update on Lumber Jump.

After I took these pictures, Workmen decided to start working on it. Managed to get a picture. 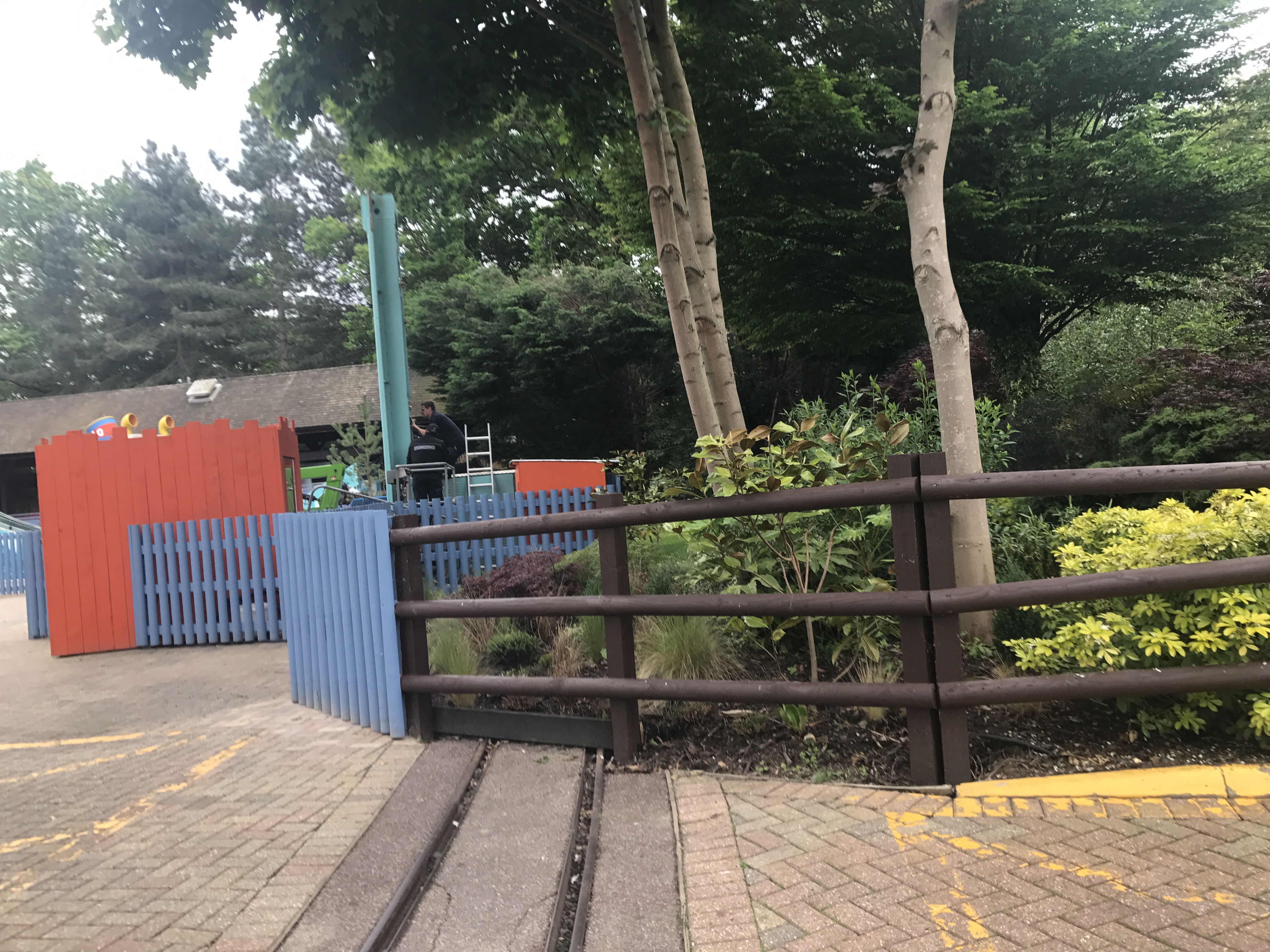 I like that logo.. not sure what's taking them so long building it though. Will be nice additions to the park when they're done though.
1. Helix | 2. Taron | 3. Nemesis | 4. Expedition GeForce | 5. Wodan
Top

Does anybody know the manufacturer of this ride? It looks very similar to Frog Hopper which is Zamperla.

I believe it is the Zamperla Jumpin' Star from Weymouth Sealife, but I could be wrong.
Top

From what I have heard both rides were indeed taken from Weymouth Sealife.

Here's an interview with Jonny Burns, Show Services Technical Manager at Thorpe Park, which, among other things, gives a brief insight into some of the AV upgrades that are in the park's pipeline.

Quick question,
Do you think it'll be busy on Monday (19th) as it is term time but I have just realised all the year 11's have just broken up. Thanks!
Top

archie.mm wrote:
Quick question,
Do you think it'll be busy on Monday (19th) as it is term time but I have just realised all the year 11's have just broken up. Thanks!

As a year 11 myself, I can confirm that Monday 19th is the first day off for most of us. I would expect to see a fair number of kids there, but I doubt it'll be anything on normal school holidays. I'm personally holding off until later in the week in the hope that it'll be slightly quieter than on the first few days, but I don't know if it'll make much difference. Either way, better then than in the holidays!
Burniel | Great at theme park knowledge, not so great at designing signatures.
Top

Why are they installing baby rides?
If they were kids rides then fine, that makes sense but these are the kind of rides that can only be ridden by under 5's
Top

They are installing the children's rides because TP are trying to change their target market and I think the decision to install the rides is great. Makes it more family friendly for those with older kids, yet still have a young one with them. Means there is a few more options for them while their older siblings ride the rest
Top

I completely agree with you Dom

To be fair, it should be noted that the kiddies lost the Carousel for DBGT, so these could be seen as its replacement.

It might have been nice to see some theming on the rides though ... they look really cheap and temporary (which they probably are

) and so out of place in Old Town. I wouldn't have a problem with them installing new little rides, but they could at least do so without ruining one of the best themed areas.
Burniel | Great at theme park knowledge, not so great at designing signatures.
Top

I agree, it would have been nice to add a little bit of theming to fit in with the area but at least there's some extra rides for smaller kids to go on.

I've always had the impression that theming just wasn't as much of a priority at Thorpe Park than other Merlin parks. I know they have some good themed rides, but the park as a whole looks a bit miscellaneous and a few areas look slightly run down or worn out.

Most of the park is nothing on Alton Towers, but you can still roughly see the theme of any area, and there are some excellent parts of the park, such as Saw and The Swarm, alongside Old Town back when it was Canada Creek.

I wouldn't have a problem with rides like this if they were put in somewhere relatively unthemed, but they seem to be the next step in slowly destroying Old Town, which was one of their best areas 5-10 years ago in my opinion.
Burniel | Great at theme park knowledge, not so great at designing signatures.
Top

I think it's fairly obvious Thorpe have been leading the theming game out the three for quite a few years now, so I can't imagine these lasting long. Old Town is speculated for a big overhaul at some point so I feel that over the next decade Thorpe is going to see some big changes!

THORPE PARK Official wrote:
It's officially the first day of summer and we're celebrating with our Island of extremes!

The wettest, the fastest, the scariest - you can find them all right here on the Island Like No Other.

As if that's not enough, this summer we're also dropping:

So don't miss out - summer is finally here and it's going to be the most extreme yet!

The promise of a new attraction is intriguing, although I'm preparing for an anticlimax - with Merlin's recent reputation it could simply mean that they're "dropping" one of the attractions from their ride line-up after all...

I'm also unsure what 'The Transformers Tour' could be. Perhaps something related to the latest film in the franchise which has just been released?

EDIT: After a quick Google it also seems 'The Transformers Tour' is coming to Paultons Park in July.

Purely speculation, but could it have something to do with the current refurbishment going on with X? It was in a dire state, the audio is almost inaudible combined with the bizarre single riders rule. Could be an excuse to bolt "World's First" onto something.
Formerly known as NemesisNosh
2016 Ride Count: 888