I was actually surprised that there wasn't a topic for Rumba Rapids.
I am a fan of all rapid rides. I have a personal love of them. I would really hate to see Rumba Rapids leave the park. I am also extremely agitated with Thorpe Park for not realizing how much potential this ride has. This ride, if revamped, could be exactly what Thorpe Park needs considering its new direction. First off i would put water cannons both on the bridge and on the viewing part where the only wave bit is. This would get riders a bit more wet. Inside the tunnel, something, literally anything, would be better than what the have now.

At the moment, Rumba Rapids is only a mediocre queue filler. It doesn't actually bring much to the park. It is a pleasant way to rest your feet. If you compare it with some of the other rapid rides in operation at the moment, it probably is the right at the bottom, which is really disheartening.

As for the past, i can't actually find much information about the ride's past, other than it opened in 1987 under the name Thunder River and in 2002 had some minor improvements because of the Ribena Sponsorship, as well as a name change to Ribena Rumba Rapids. And as off 2006 it has been known as just Rumba Rapids because the sponsorship ended.

I really would like to hear everyone's opinions on this ride, be it Positive, Negative or just ways of improving it.
Top

Unfortunately it is a shadow of its former self.

Due to various incidents over the years, not all of the pumps are used and some of the under water hurdles have been removed. Not only that but the tunnel was rebuilt cheaply, the fibre glass rocks around the course are falling apart and generally the attraction is looking tired and scruffy.

There were plans at one point to make the ride a lot more interactive by having the queue lead around the course, and opening it all up a bit more to non-riders.

Definitely an attraction which needs to be looked at in the coming years when Thorpe's budget allows.

Oh wow. It could have been Battle Galleons meets Thunder River then lol. It is a real shame they didn't do that. Would have made it quite fun. I 100% agree that this ride needs an awful lot of TLC. Wish i could have rode it in its Thunder River days.
Top

I'd also like the rapids to receive some TLC as I remember it in its Thunder River days and returning it to something like it used to be at some stage would be welcome.

I'd love for them to do a complete revamp and get the ride looking good as new, but I don't think they would invest in it. I personally wouldn't bother riding it again as in its current state I think they should be ashamed to call it rapids.

Although it would be nice to referb, I'd rather it removed and a new coaster/water coaster in its place.

The barrel from rumba has vanished! 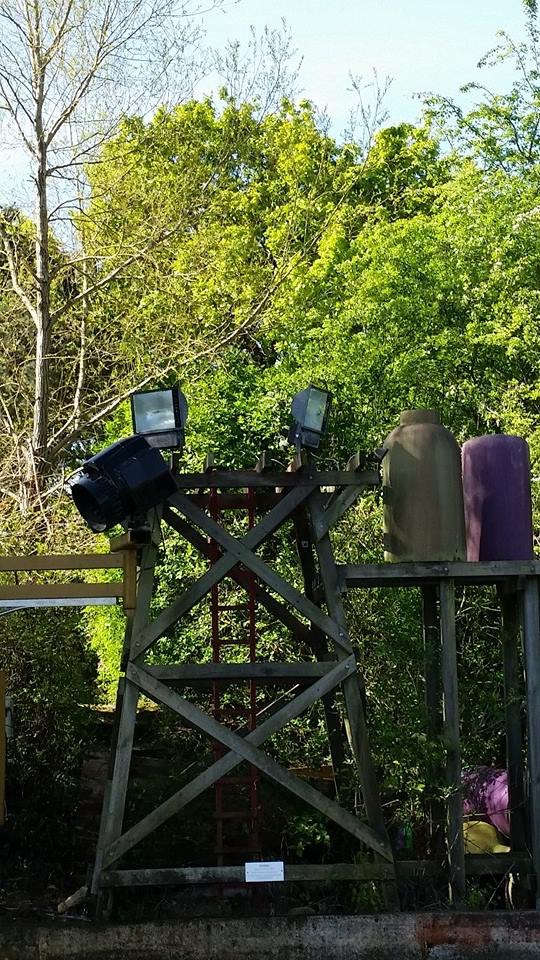 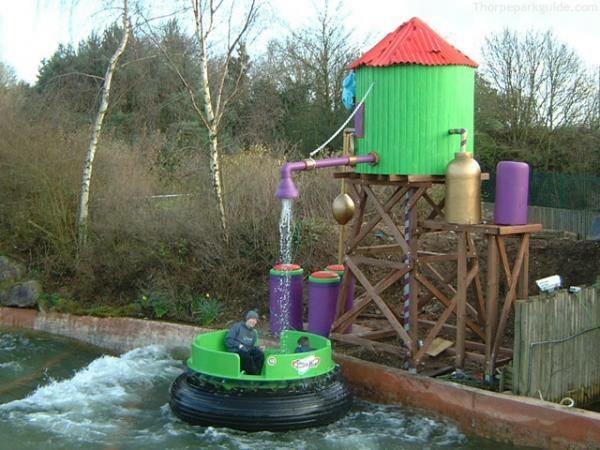 Owen wrote:
The barrel from rumba has vanished!

and I thought it couldn't get any worse...

Mind you I'm not sure if Rumba Rapids or the Rapids at Drayton Manor are worse.

I hope this means something is going to be happening to the attraction as it really does need some TLC. Its not the best attraction at the park, but its one I do have a soft spot for.
Top

Personally, I can see this site being used for a nice RMC attraction, I can dream!

However something has to happen with it soon, as its in a right state.

I agree with Owen, Went on it yesterday it needs some HUGE TLC.
Top

As soon as Loggers Leap re-opens they can do whatever with it! I need a water ride that isn't as dull as Storm Surge or drenching as Tidal Wave (it's a bit much for me when it's not a scorching hot day)

Even if it's not due to be removed, it seriously needs updating. First thing to notice is the queue line, the paint is peeling off and doesn't look too good. Hopefully they'll do something with it over the winter.

What can I say about Rumba Rapids. They have both destroyed it and made it better at the same time, which I know, makes no sense what so ever. As reported on the SouthPark's Facebook Page Rumba Rapids has received a lot of attention over the closed season. I'm going to use the SouthPark's images as they are awesome, but going to say my own personal opinion on the images too.

The entrance now looks like this. Whilst I can appreciate the simpleness behind this, I am just like

its ugly. And the funny thing is they haven't quite finished. There is still some green on the back side facing the pond.

What the hell TP. This just looks silly. You are trying to copy other parks who have done this burnt look and quite frankly it looks a bit stupid.

Thorpe also decided to cut an awful lot of trees down from the back. It looks awful.

The tunnel. Nothing overly exciting to mention here. Just some red lights added and berries gone.

Quite frankly, the aesthetics of Rumba is currently appalling and looks terrible. BUT, the ride itself has been vastly improved. They now have all three pumps running and my god does it make difference. You actually get wet now. Yes, you read that right. You Get Wet On Rumba Rapids!
Top

I'm mixed about it, but generally prefer what they have done to how it looked before.

The charred section is actually an improvement, as a lot more of the course is visible from the exterior, making it feel more interactive with non-riders.

The tree cutting is pretty harsh, but it will look better when there are leaves on trees again. Completely speculative, but could they be clearing vegetation in preparation for a future attraction? A load of large trees have also disappeared from behind Inferno..

It did look like they were using all of the water pumps today leading to a much improved ride - a few of us got absolutely soaked which has not happened since the early days.

Maybe the tree cutting is to do with ground testing? Didn't they do something similar on the island behind SWARM recently? Although we're assuming any new ride(s) will go to that island it's always good to have a Plan B.

Having ridden the Rapids yesterday it kinda feels half done, like they have a plan to overhaul it but had to stop half way for some reason. Maybe with the 2 new kids rides plus Ghost Train they couldn't finish all the work?
Top

Does look rather bare. Hopefully come the summer it will look a lot better with greener trees and over grown weeds.

Dom wrote:
You Get Wet On Rumba Rapids!

I really hope the future is bright for Rumba Rapids. It may not be the best rapids any of us have ever been on, but it's one of those rare rides that everyone can enjoy at Thorpe Park, not just the pure thrillseekers or the little ones (especially since they've left Loggers to rot).
Burniel | Great at theme park knowledge, not so great at designing signatures.
Top

I personally feel it looks real nice with the new appearance. Most people I know hated how crusty it was, the random berry people made no sense and how out of place the colour scheme was (especially with the Ribena affiliation gone). I look forward to maybe an extension of the work in the next closed season.

Due to recent events at Drayton, Thorpe Park has closed Rumba Rapids until further notice.

Been to to Thorpe this weekend. Rapids were back open with the waterfall on in the tunnel. The water guns on that and tidal wave and storm surge were off. There is a member of staff in a life jacket and rescue kit overlooking the lift and one sat on a hill on the final bend with the same kit on and a panic button. How long thats going to be the case is anyones guess but its increased staffing costs.
Top
Post Reply