I do believe that they are keeping this project under wraps.. this is the next coaster in 6 years.. so the secrecy will be there.. and I do believe when this ride unveils itself, the hype will be enormous!

Mark my words..
“A surprise to be sure, but a welcome one”
Top

This has been said before but I think there is further proof of this now. People have been speculating that the next rollercoaster to be installed at Thorpe would be around Loggers Leap and Slammer. However, with the apparent closure of IAC I think it's unlikely for it to be placed elsewhere. The closures are all next to each other so will kind of isolate that part of the park for redevelopment (It also happens to be my least favourite area of the park). Thorpe Park need something large to cover it all and a coaster would be perfect. However it's slowly becoming less likely to be a 2020 addition, but I have hope!

Well Sticky Sisters has also seemingly gone. It would appear there's a fair amount of stuff gone in this area, with the only new things added being extremely temporary looking.

Huh, I guess this coincides with when I was there and a couple staff members were taking pictures of buildings, foliage and interiors between Loggers and IAC, whilst referencing visual changes to the area. Only question is if the Burger King in that area is staying or going
Top

That Burger King is no longer shown on the resort map...

I do hope they keep the general theme of Old Town as it has a decent amount of character but is one of the most empty parts of the park now with Loggers and Slammer now gone. A coaster in Old Town can be done really well with the forest behind it but can attain a good portion of path interactivity with the rest of Old Town.
Top

During part 6 of Thorpe's winter updates they seem to have covered up the exact area being discussed at the moment (all of old town, IAC and Sticky sisters) Could this mean that we could get a teaser on the map like SW8 or Minds Wanted? (I would send image but I don't know how XD)
https://twitter.com/THORPEPARK/status/1083695019670847488
Top

TwistedTom wrote:
During part 6 of Thorpe's winter updates they seem to have covered up the exact area being discussed at the moment (all of old town, IAC and Sticky sisters) Could this mean that we could get a teaser on the map like SW8 or Minds Wanted? (I would send image but I don't know how XD)
https://twitter.com/THORPEPARK/status/1083695019670847488

This would be the image.

The window is conveniently positioned, isn't it. But, it could also just be coincidence, or simply hiding what appears to be an even larger amount of the park having nothing in it anymore. Granted, we'd all like it to be the teaser option.

The Swarm's planning permission went in roughly February the year before opening. Wicker Man's went in even earlier. So if Project 2020 is still a thing, then we should be seeing something in the next few weeks.

To check for planning permission I have been checking Runnymede Borough Council's planning search and searching THORPE PARK as that comes up with the most recent results. Is this where we would find the latest planning applications?
Please! No more IP's Thorpe! I'm begging you!
Top

Htjc_ wrote:
To check for planning permission I have been checking Runnymede Borough Council's planning search and searching THORPE PARK as that comes up with the most recent results. Is this where we would find the latest planning applications?

Yes. You will also see a link to 'rMaps' on the right-hand side of the initial search page, which is also a pretty good way of seeing any planning applications being considered across the borough.

IAC's closure isn't related to this project, the park are planning something else for that space in the immediate future. Timber Tug Boat, Rocky Express and Lumber Jump are all expected to be open throughout 2019 too.

The one thing to bear in mind for this project with planning, all previous coasters and developments at the park had received outline planning via the Medium/Long Term Development Plans which made it easier to secure the actual individual attraction submissions. Unless the park submits a new development plan ASAP, anything major in this area will be more complicated and possibly take longer to get approved.

Sadly the disconnect between Thorpe's Twitter account and Thorpe's decision makers appears fairly large. I would read this more that the person writing the tweet knows what people are asking for, rather than the park doing anything along these lines.

But who knows, we could see some interesting plans appear in the next few weeks.

WE NEED PLANS!!! Hopefully that will make Thorpe submit them

But yeah, social media replies aren't always the most accurate thing to rely on. They have a habit of trolling. But You never know. Could be true, but take it with a pinch of salt.
Top

Been doing some digging and found out that Swarms final planning docs were filed on the 10th February 2011. So my guess is if we are in fact going to be seeing something major in 2020, It would have to be unveiled within a week or two.

Honestly not expecting anything to happen. Thorpe haven't really had major investments pay off for them within the past few years. So there could be a chance Merlin won't fork over the money for a major addition. Just because they said 'Project 2020' doesn't mean it will happen, a project is after all just a plan and plans change all the time. They might have just announced it at the event as wishful thinking and manufactured hype, so they could sneakily let merlin fork over the money. It does annoy me that I always see these harmless posts that are put out by the park, that most likely mean little to nothing, yet people say these things like 'Wow they never show loggers area and the island behind swarm, project 2020 location confirmed!'

I know I'm sounding like a downer, so I'm sorry, trust be I'd love to be wrong and it could just blow me away. But who said this project had to be a coaster? I'm almost quite confident that it could just be a hotel. So all I can say is don't get too hyped up, because sometimes it can lead to disappointment. The application idea is a valid point and I hate to rain on your parade, but wasn't Swarm hinted at in an earlier LTDP? That may have been why it was submitted merely a year before opening seeing as the Council would've been expecting it. There's currently no LTDP (that we know of) that states a large scale ride in 2020.
It's frustrating as I feel like we'd have seen at least a project outline by now, so I'm not expecting a major investment for next year. 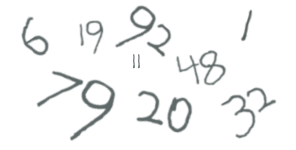 For sure, time is running out for a roller coaster in 2020. The only indication something could be happening is the apparent removal of Sticky Sisters and Burger King from the Old Town area, plus IMAScore tweeting about that area a few months back.

In terms of alternatives to a roller coaster, well we can be fairly sure it won't be a dark ride. Ghost Train has probably destroyed that idea across the parks for a little while. This would leave the installation of new flats, which wouldn't be a bad thing, but again not a particularly strong investment given the time since a fully new attraction. A hotel should be coming, but I suspect this would be budgeted from the Merlin hotel fund and be independent of other investment. Opening a new hotel without adding a new attraction for a good few years, well that's certainly Merlin management logic, but hopefully not what will happen.

Separately, Merlin and Thorpe are currently challenging a residential planning request that would be near the Thorpe Farm side of the park. Beyond regular noise concerns, they make specific mention of the last mid-term development plan and the principle of a 50m high roller coaster going on the site behind The Swarm. Whilst the reference is most-likely being made to assert potential developments the council is already aware of, it does show that Merlin considers this site and the mid-term plan as still being valid, despite being fairly out-of-date now compared to their original intention.

In addition, they make no reference to development permitted at Thorpe Park but not yet built, including the latest MTDP. This is a material consideration, most importantly because it established the principle of a 50m high rollercoaster on Area A, an island of land in closer proximity to the Cemex House site than the rest of the developed area. On the basis track noise including rollercoaster cars are currently audible on site, with significant noise levels recorded, a new rollercoaster in closer proximity will clearly effect the noise environment in this location. To restrict Thorpe Park’s capacity to invest in the park’s development would jeopardise its future. The Council will be well aware that the Park relies on the introduction of new rides and attractions to maintain its position as a leading regional theme park.

Wait, Aren’t Cemex the company who bought out the original owners of Thorpe?
[Insert Signature Here]

No I think that was Ready Mix Concrete. They are now defunct.
Please! No more IP's Thorpe! I'm begging you!
Top
Post Reply