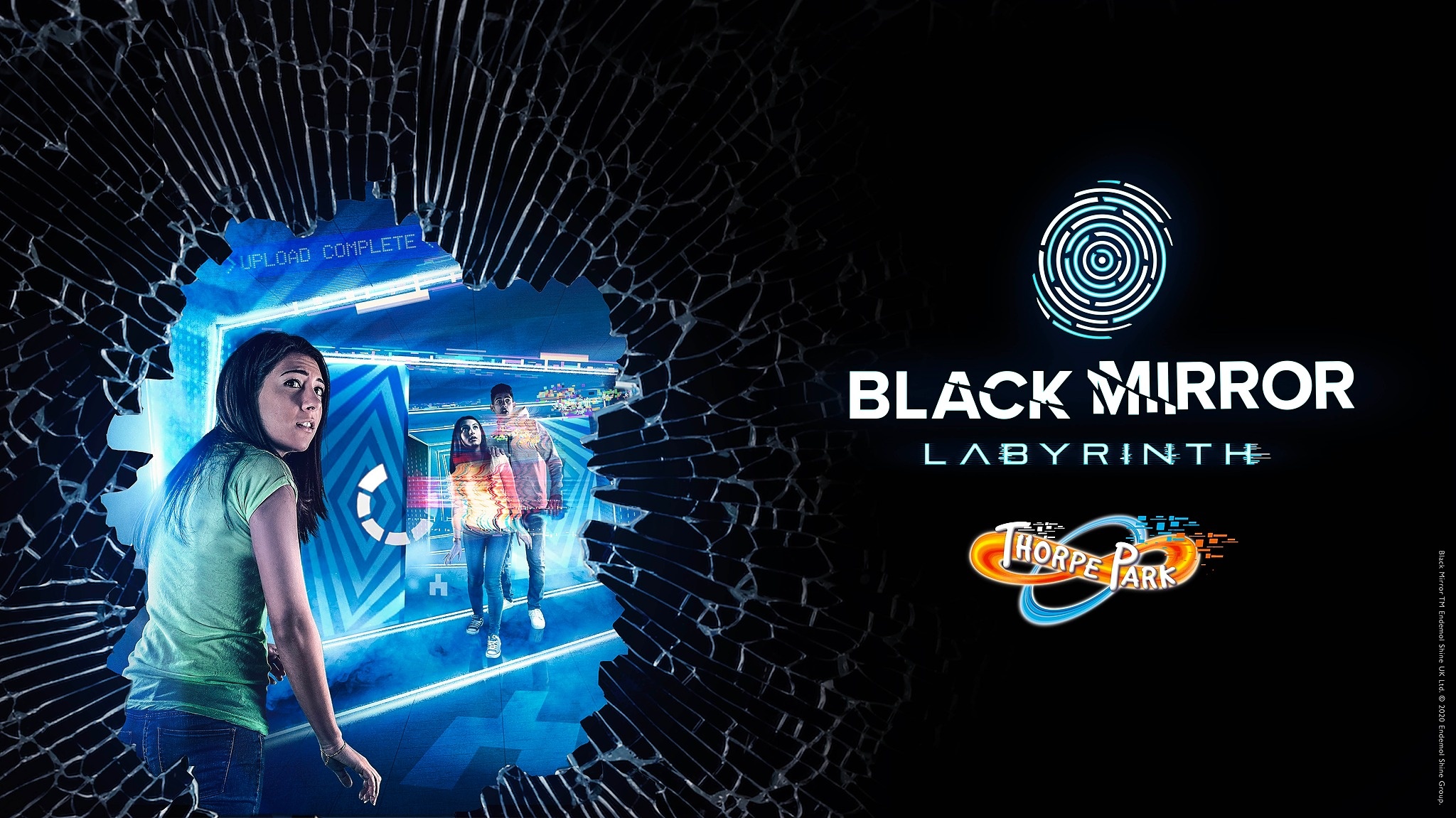 Promising an experience in an unpredictable digitised dimension where guests may lose themselves in the mainframe, guests are invited to reveal an uneasy truth that manipulates and displaces their very existence.

Are you excited for this new addition?
Top

I’m happy with this actually. Not only is it not an up charge but it’s replacing Living Nightmare, which to me means we’re getting something decently sized. Fingers crossed it’s well themed, although I’d imagine Netflix would be quite particular about the use of the property much like they were with Stranger Things at HHN.

I’d be interested if they go with the horror angle or the ‘fun’ angle with this one, seeing as Black Mirror is such a diverse show. Looking forward to it.

I’m apprehensive but intrigued. That’s all I really have to say on it

I guess I’m just worried given their past tries at a walkthrough type attraction. Saw Alive only lasted a season being opened all year, I’m A Celeb lasted 3 years but became stale super quick (though I loved it because of the actors). Jungle Escape (yes I’m including it) felt have done and the second half was more walkthrough than an escape room. I want it to be good, But I’m not sure it will be
Top

Black mirror is really not for me, but I'm very intrigued to see what this entails and whether people think it's any good!

Black Mirror is my favourite TV show so I'm over the moon that this is the 2020 addition, it makes me much happier than some RMC and seeing everyone moan about it not being an RMC has made me laugh.

Black Mirror as a show is an anthology series so Thorpe Park/Merlin Magic Making should have quite a bit of creative control over the project as their isn't one set story line and more of a general theme of "the future consequences of technology". So I expect the attraction to have a somewhat original story but with loads of Easter eggs (There's definitely going to be that White Bear/Bandersnatch logo scattered across the attraction). I really hope this gets pulled off well, this could have the feel that DBGT was trying to go for with the ending.

If anyone hasn't watched the show, you can watch it in any order and I highly recommend the episodes: "Shut up and Dance", "The National Anthem", "San Junipero", "The Waldo Moment", "Bandersnatch", "White Christmas", "Smithereens" and "USS Callister". They're all on Netflix and Season 1 - 4 can be brought as DVDs (Season 1 and 2 also originally aired on Channel 4).

Here's the meme I made

I do believe that the other events are just supporting the main headline attraction Black Mirror Labyrinth. But like 2019 was very surprisingly great, there's underrated expectations about this year too all around!

SouthParks News has the full update of all announcements today, including Black Mirror Labyrinth, and a season of "other-worldly" events.
Top

Certainly an interesting announcement. The first thing that springs to mind is the idea that we're getting a walkthrough/maze, when in the past, these attractions rarely seem like they interest the masses. Both Saw: Alive and I'm a Celeb only lasted a handful of seasons due to their popularity, with them both only opening during certain periods in their twilight years.

The use of Black Mirror as the theme is... a bit odd, in my opinion. As others have stated, each episode is entirely different from the last, so it'll be interesting to see whether we'll see it tackle a story that we'd likely see in the show albeit in another form (Bandersnatch being a prime example) or if it'll be a generic aesthetic inspired by the shows branding and overall message. Whilst I'm not overly fond of Black Mirror (I thought the first season was good but I gave up by the second), at least we're seeing a popular IP come into the park. It's just dissappointing once again that we're getting an external property coming in over something original. There's a million reasons as to why I feel this way, but I supposed we'd better get used to the fact that we're unlikely to see any major investments with an original theme anytime soon.

One thing I am interested in is the psychological aspect, with the attraction "questioning how well [we] really know [ourselves]". We've previously seen a similiar concept in Ghost Train which didn't live up to expectations or entertain everyone, so I'd be interested in hearing why Black Mirror and the psychological outlook was chosen. As I said earlier, the show seems popular with the target market though, so perhaps audiences will vaguely know what they're getting into prior.

Bert wrote:
If anyone hasn't watched the show, you can watch it in any order and I highly recommend the episodes: "Shut up and Dance", "The National Anthem", "San Junipero", "The Waldo Moment", "Bandersnatch", "White Christmas", "Smithereens" and "USS Callister". They're all on Netflix and Season 1 - 4 can be brought as DVDs (Season 1 and 2 also originally aired on Channel 4).

Interesting (and not exactly reassuring) revelation from Charlie Brooker in an interview, that he’s not really had any involvement in this attraction:

Something that is very Black Mirror is the Black Mirror Labyrinth experience that was due to open at Thorpe Park in March – because the country went into quarantine and nobody has been through it. What’s it like?

“Well, I’m not really involved in any of that, so I’ll be as interested as anyone will be to find out what it is.”

Do you quite like the idea of it just sitting there unused?

See that worries me because I am anxious that this experience won't be as good as I first thought. It could just be first reactions, but I'm not sure
Top
Post Reply