My reaction to this is as follows:

Jack wrote:
My reaction to this is as follows:

Lots of the flat rides from the park have appeared on private showmans advertising groups on Facebook. So it looks as though Merlin is having one of its flat ride culls in the near future.

Oh and we’re due to find out what’s happening to Colossos within the next week, so that’ll be fun seeing them explain how they let an easy to maintain wooden coaster get so bad they’ll probably need to either RMC it, completely rebuild it or demolish it.

Official announcement from the park (German only):
https://www.facebook.com/HeideParkResor ... 872106629/

To summarise: Ride will return in 2019 with some new additions and tweaks (to be revealed over the course of 2018), but it's not going to be a hybrid even though they thought about it.
Top

Hopefully they take better care of it this time.

Ermagerh!
Trip to Heide = Now on the cards! I am so incredibly relieved by this! I ended up missing the Colossos credit during a 2016 Halloween visit - I enjoyed my time there, but it was definitely a dampener on the experience. Honestly, when I heard it was remaining shut in 2017 and 2018 I was pretty worried. Luckily, Merlin seem to have decided to not be terrible and keep this awesome ride!

Hooray, I'm relieved too as it's currently one of my favourite woodies

Heide Park have released a video on their Facebook page providing an update on the refurbishment to Colossos, which is due to reopen next year.

The below images are screen grabs from the video posted on the Theme Park Worldwide Facebook page. 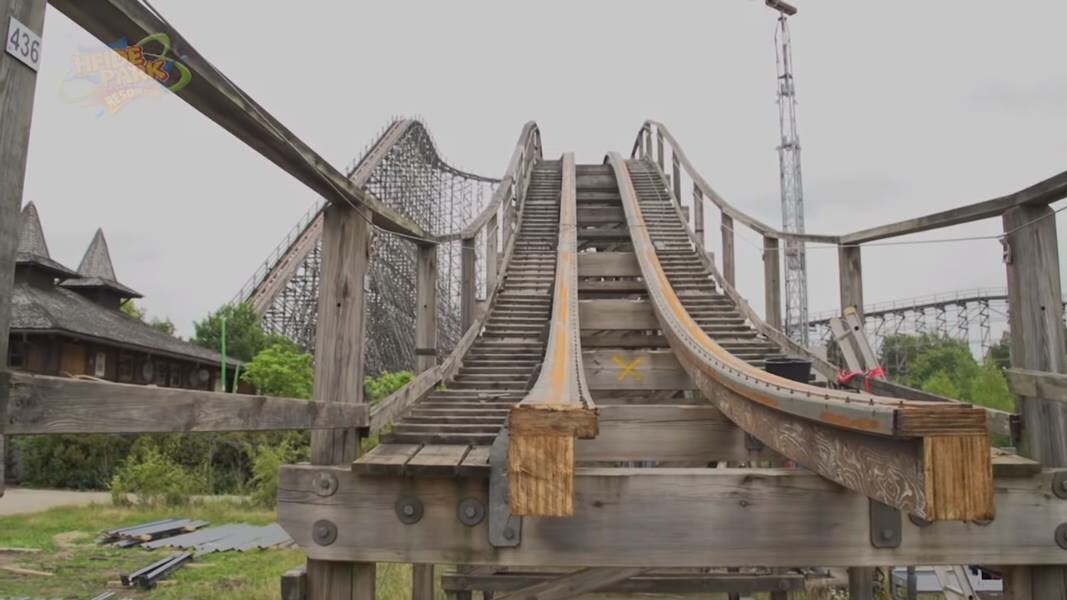 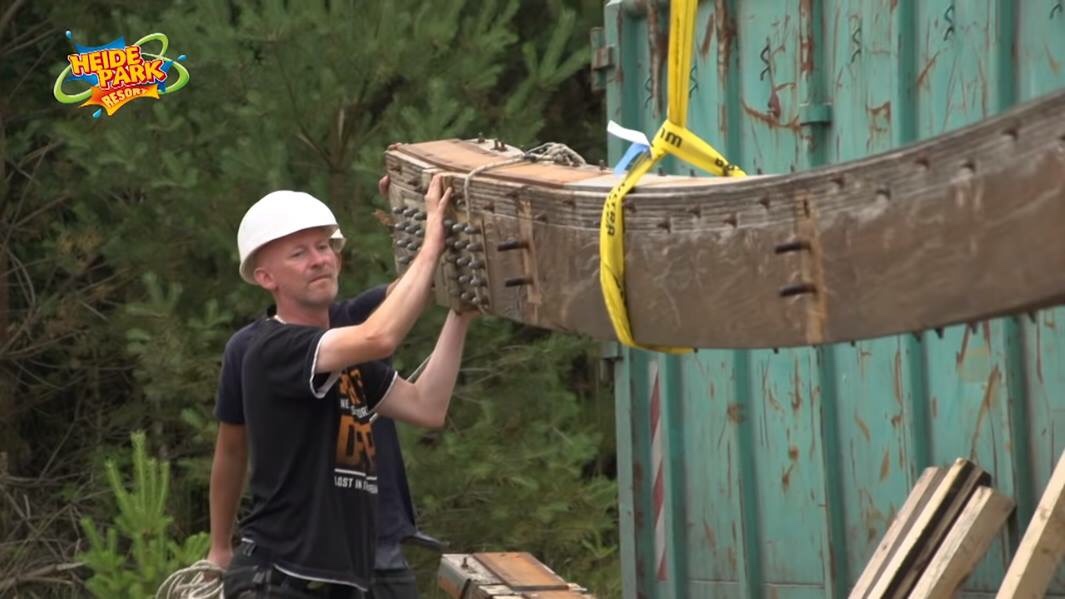 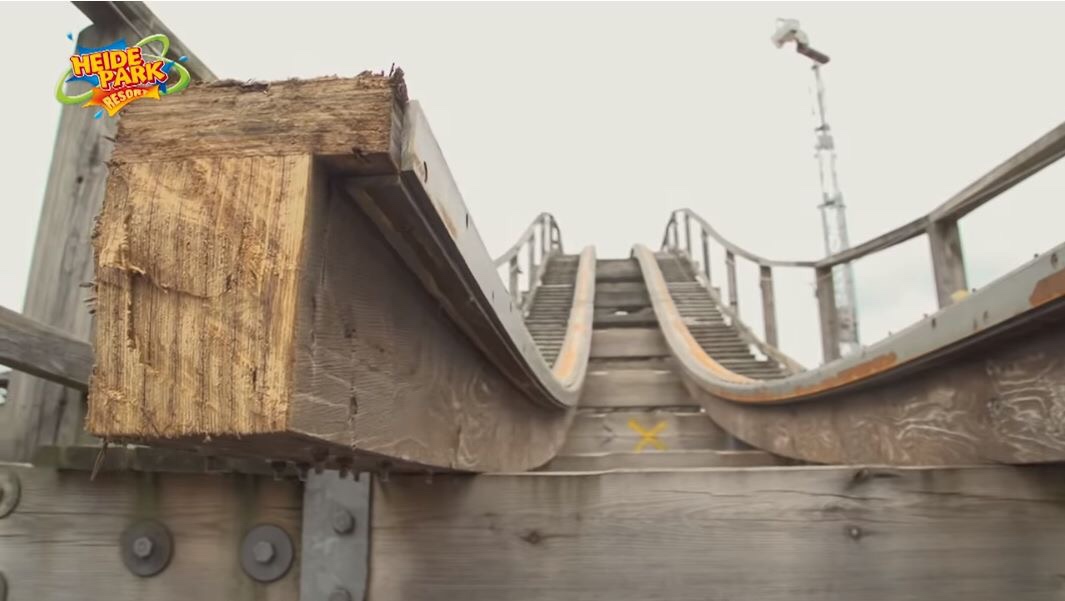 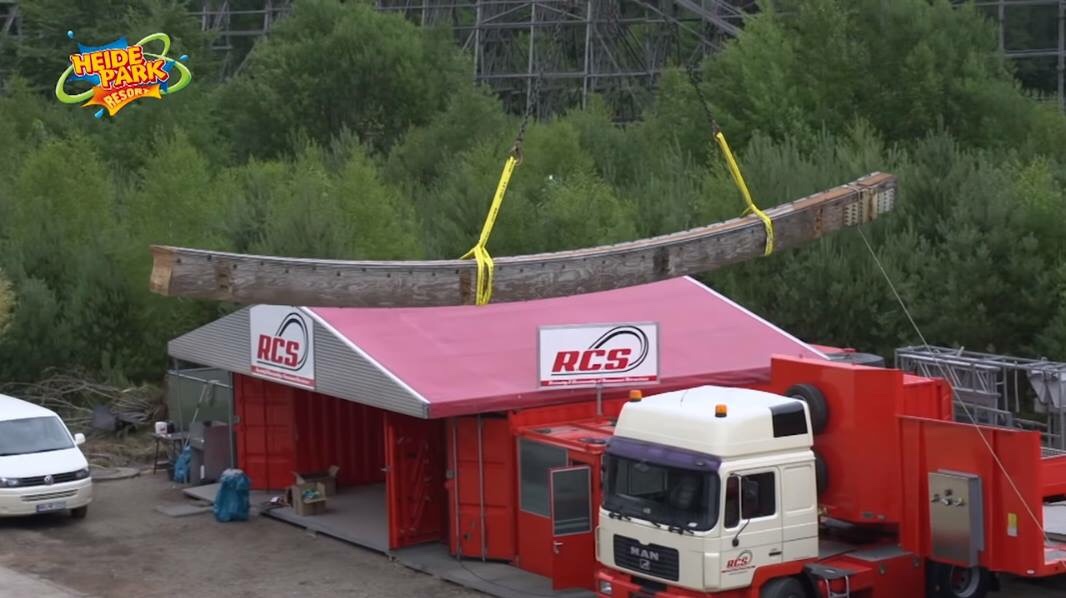 It seems an EU trademark has recently been filed for "Colossos Kampf Der Giganten" (i.e. Colossos Battle of the Giants) with Lane IP, Merlin's go-to IP law firm, currently both the registered representative and owner... The logo appears to suggest a wood and fire theme - wonder where they got that idea from... Here are some photos from the CoasterFriends Forum, showing the large theming structure that's being constructed.

Concept images for Colossus have been posted on the park's Instagram page. Let's say is it Wicker Man V2. 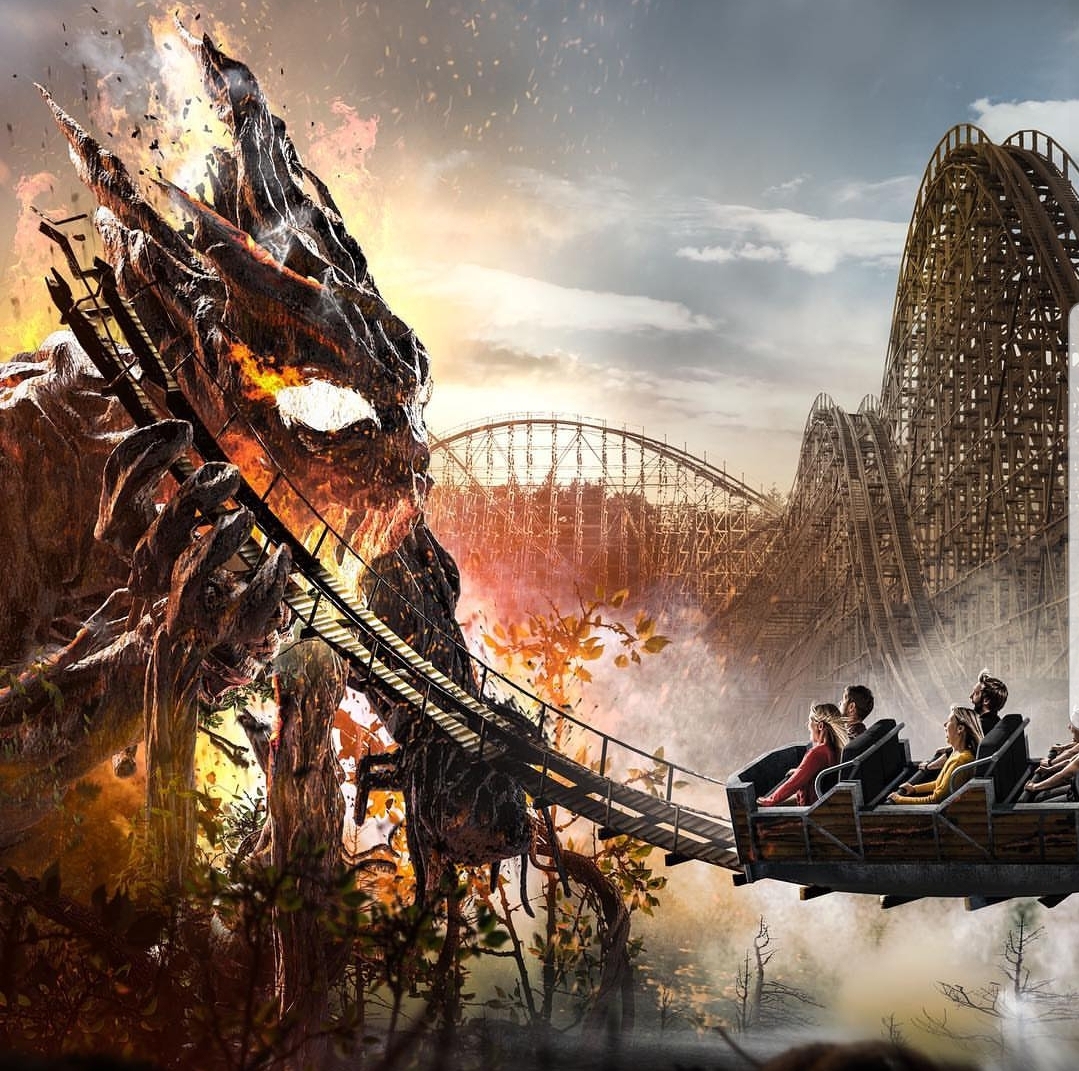 A DARK POWER THREATENS TO DESTROY COLOSSUS. ONLY YOUR CRIES AND THE ENERGY OF COLOSSOS CAN TAME THEM.

COLOSSOS COMES BACK AND A GIGANTIC FIGHT BETWEEN FIRE AND WOOD BEGINS!

As much as it is very much looking similar to Wicker Man, it is good to see that the park are going to some lengths to re-launch the ride and have spent the time and money to fix it and arguably significantly re-theme it. (Although you could argue Merlin should never have let Colossos get into such a state of disrepair anyway)

Merlin do have a habit of reusing themes and/or names. Oblivion: The Black Hole at Gardaland springs to mind too. I guess the majority of guests wouldn't even make the connection with two coasters in different countries - it's only people like ourselves that will notice the obvious similarities.

Heide Park have also updated their website, which has an additional visual. While it's good to see that Merlin know when they've hit upon a good concept, I feel as though practically replicating it cheapens it in some way.

As I'm sure many will have seen today, Heide Park have released three photos of the 'giant' theming structure. Obviously they've been framed to show off the broken-track illusion, but it does look as though they've been able to achieve a good effect!

Colossos: A battle between wood and fire - The Heide Park Resort reveals the secret to the fight of the giants

Last year, Heide Park Resort published the new logo of Europe's highest and fastest wooden coaster Colossos. Even the elements and colors of the logo as well as the title "Battle of the Giants" promised in advance a new thematization around an energetic play of contrasts between fire and wood. Now the Heide Park Resort reveals the secret to the opponent of Colossos - a second giant in the form of a dark, powerful creature.

For three years Colossos rested until now a gigantic fight begins. A dark power with shining eyes and blazing flames made its way in advance - deep under the earth and threatens to destroy the icon. Lurking waiting for the giant on the last few meters of the 1.5-kilometer route to brave roller coaster fans. Already on the terrace in front of the attraction he impresses park visitors with his imposing appearance.

Already on the portal of the iconic attraction, daring Colossos drivers are greeted by the new story. The logo emblazoned above the entrance, the matching soundtrack tunes in to the fight of the giants. 25 meters high and just as long protrudes the gigantic structure, apparently straight out of the ground, with shining eyes and blazing flame effects, on Colossus. Lurking waiting for the giant on the last few meters of the approximately 1.5-kilometer track and challenges all roller coaster fans to a grand finale. Already on the terrace in front of the attraction he impresses park visitors with his imposing appearance.

In addition to the creation of this highlight with "bones" made of steel and a 1900 square meter artificial rock surface, which was designed by the Portuguese company Universal Rocks by hand, were on the popular wooden roller coaster after the construction of the complete rails on a length of about 3 kilometers exchanged. The station and the shop were thematized according to the story and complete the picture. Before the opening in the spring, there is still a lot to do: In addition to the remaining work on the railway and the design of the landscape must be put on the last screws and various test runs are carried out before the TÜV Süd for final acceptance and commissioning of Holzgiganten. Then it finally says: Colossus: Battle of the Giants - The fight begins.

Although it does feel heavily inspired by our Big Bob, I do think this is quite a nice theming structure.

I still can't tell if that's real or not. Something just looks strange in the finish of the photo.

But it looks fun. Like Wicker Man's crazy uncle.
Top

I must admit, the ride does look epic, even if it is Wicker Man 2! I'm going to name him Big Rob!

Chris, with regards to the photos, I think CGI has been added to Big Rob's flame effects.

I did think the photos had been enhanced in some way when first seeing them, although rather than CGI I suspect they may be long-exposure photos which has enabled them to capture the entire fireballs and has been what’s made the smoke/mist coming from the mouth and around the eyes look a bit weird.

Users browsing this forum: No registered users and 70 guests
×