I didn't actually see any. I went late at night so it was rather dark and raining so nothing obvious stood out. I also wasn't there all that long so was rushing around between the rides and didn't think to stop and see if I could see anything. If I get to go back again before I leave I'll try and take another look and maybe get some photos.
Top

Liseberg is definitely one of my 'must visit' parks. Valkyria looks fun, but presumably it'll have the same modern vest restraints as Valrayvn, which personally I found far too restrictive for a dive coaster.
Top

The first sections of Valkyria's track have gone vertical today.

Valkyria’s lift hill is going up! 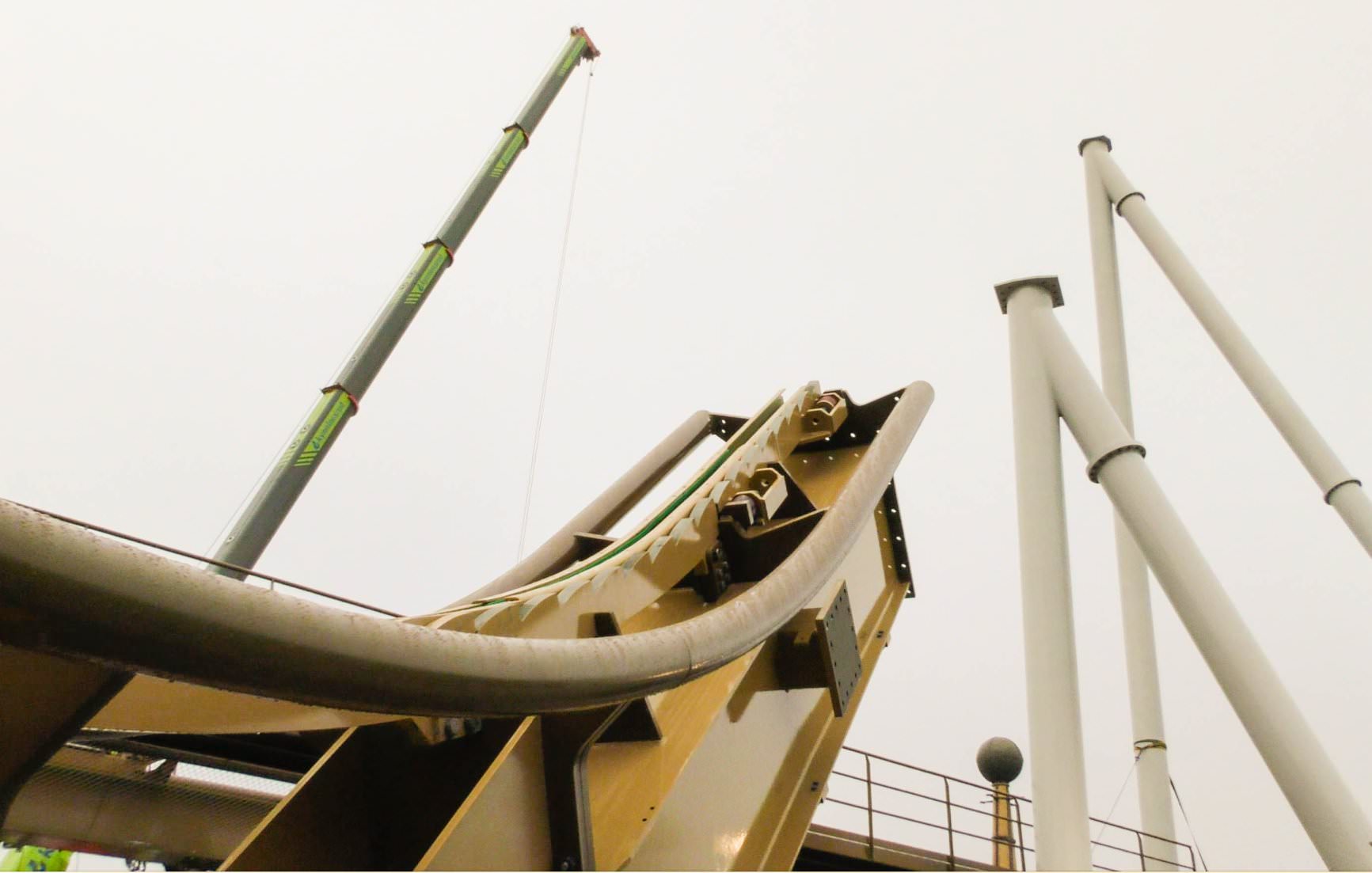 Sorry for the double post, but we have another Valkyria update, with more progress on the lift hill. 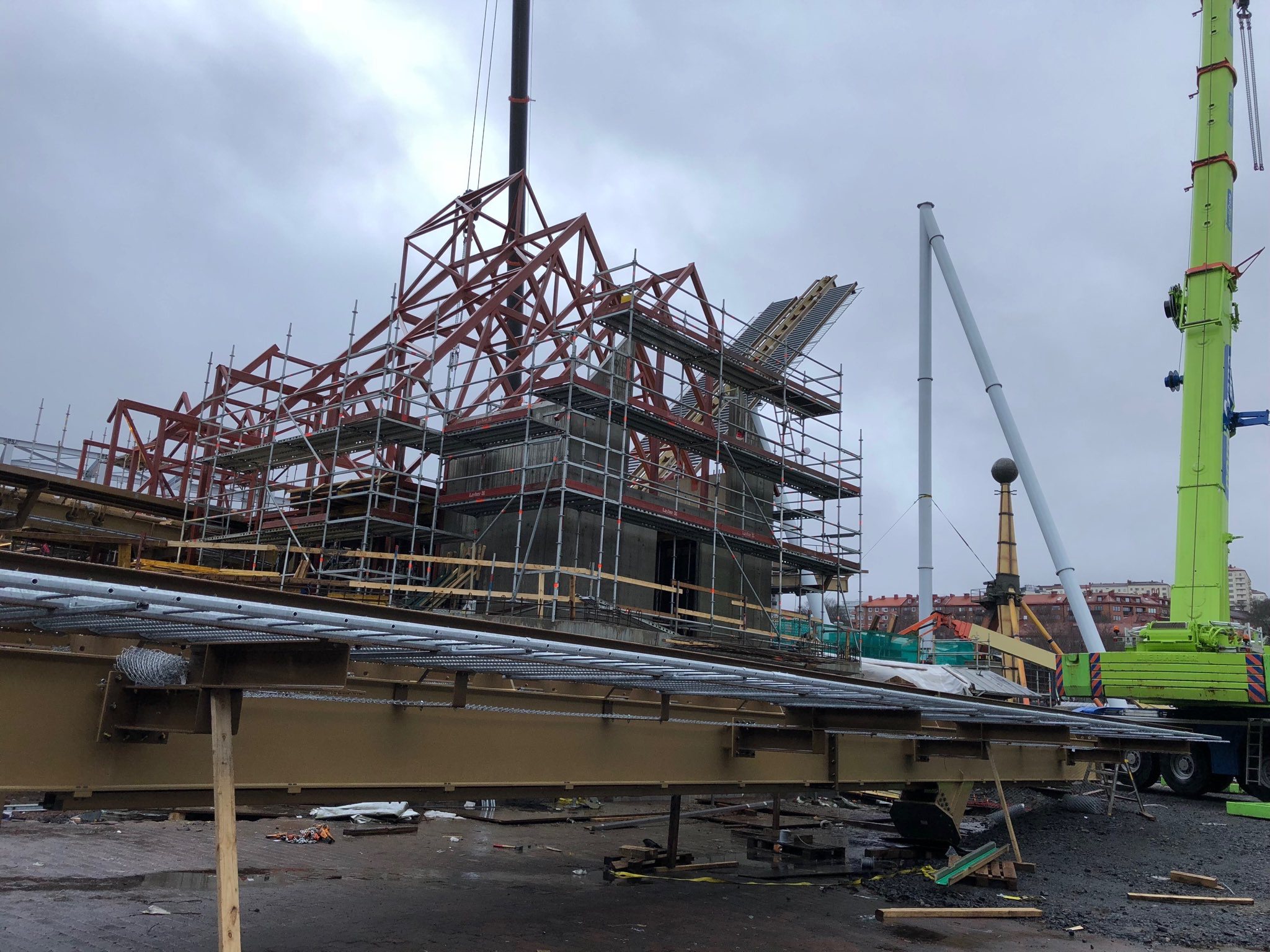 I really want to go!

This will certainly add to the park's appeal!

I quite like the colour of the track too. I must get out to Liseberg at some point
Top

Apparently the ride is up to two months delayed due to issues when constructing the tunnel. Although looking at the station I see this as no surprise!

More lift has gone up!

I cannot wait until this is built and we can get out there to visit.

It seems to be going up quite quickly now, although I can't help but think that the project seems a little behind if Liseberg want this open for the start of their season. I really need to get out to Liseberg once this is open to experience this and Helix which I am also yet to ride.

Liseberg is very near the top of my list of the parks I want to visit, along with Europa Park. Valkyria is just making me want to visit even more.

“TTSP does Liseberg” anyone?

Valkyria has today been topped off, with the crest of the lift being lifted in to place. Here's the translated press release:

For more than a year, work has been done on building and assembling Liseberg's new roller coaster Valkyria. At the beginning of January, after a year of land work, the first rail part of the Valkyria's track could be mounted where the station building is now being built on top.

Today, Liseberg's staff gathered up on the liseberget to see when the highest part of the track was put in place. This makes the Liseberg and Gothenburg skyline a new contribution. The top of the track is 47 meters high, 11 meters higher than Balder's highest point, and is clearly visible from the southern approaches to Gothenburg. During falling snow at the top of the track were a few brave employees from Liseberg and the installers Tunga lifted to receive the rail part.

"Not uncommon to be at such a high altitude," says Mattias Karlsson from Tunga lift, who has previously been involved in attraction. The biggest challenge is to hang the parts completely right and nasty right away. Then we do not need to rearrange at this high altitude later.

Valkyria will be Europe's tallest and longest "dive coaster". The course will be 700 meters long, 47 meters high with a 50 meter high fall into the tunnel underground. Valkyria opens in the summer of 2018 at Liseberg in the area of Myths and Legends.

"Now that we get the highest part in place, we really see that Valkyria will change Gothenburg's skyline - the city's silhouette was simply a little more exciting today," says Andreas Andersen, CEO of Liseberg.

As well as the photos below, Liseberg have also published a video. 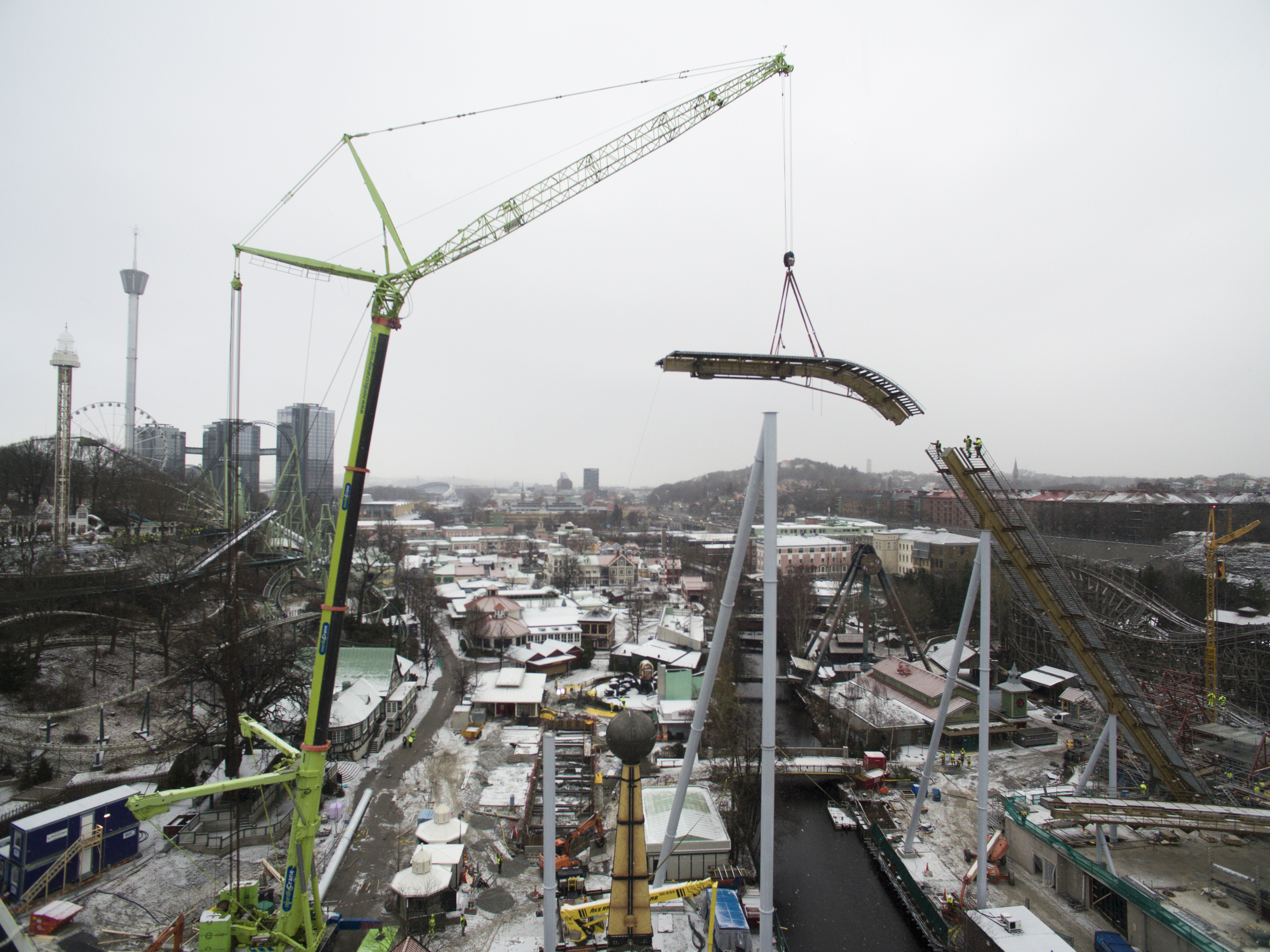 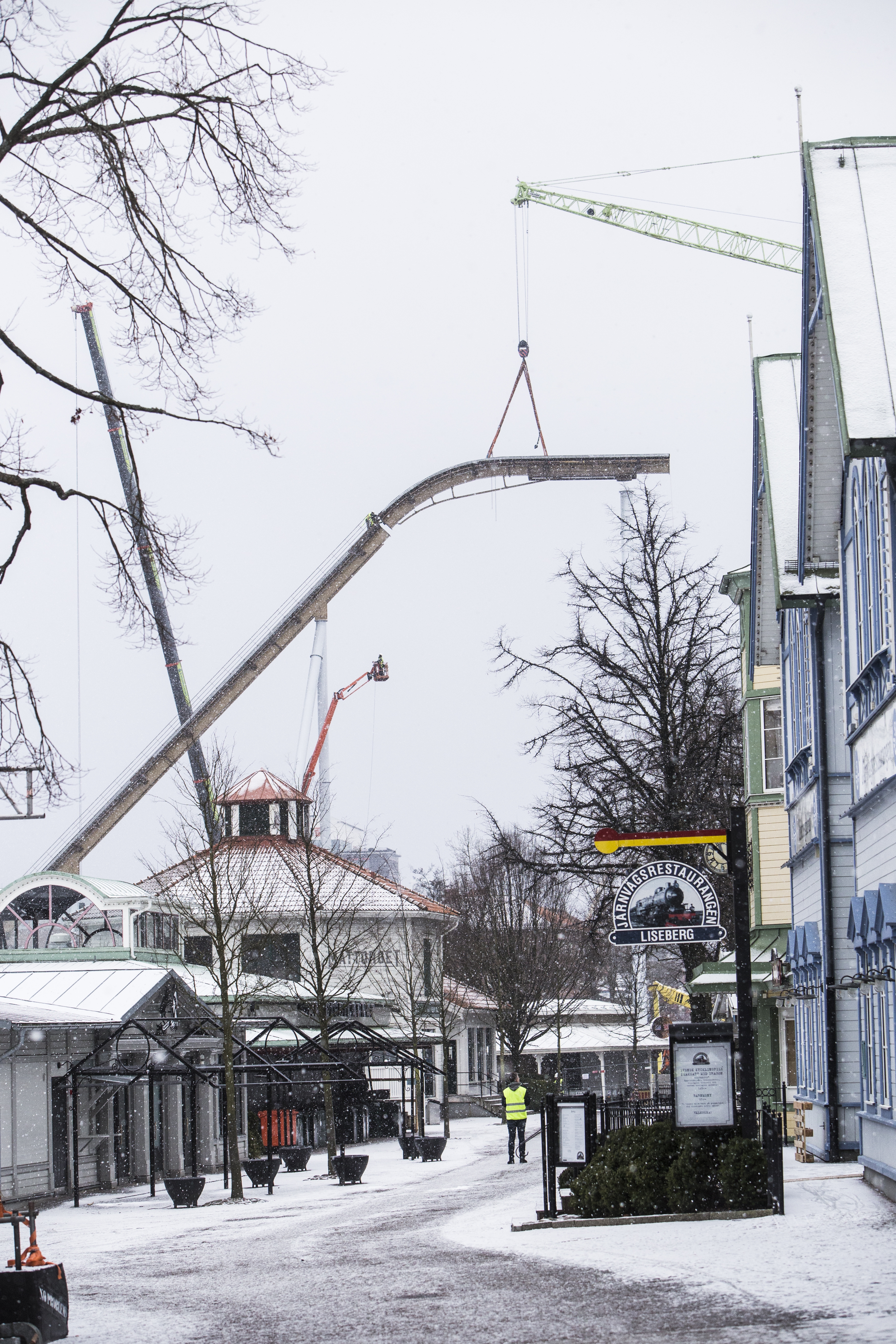 Construction is flying now, with the drop ready to be installed and the south end of the attraction having started to be put up!

We also have this video from the park talking about where in construction they are...

Liseberg CEO Andreas Andersen has posted another update on Valkyria on his Twitter feed. 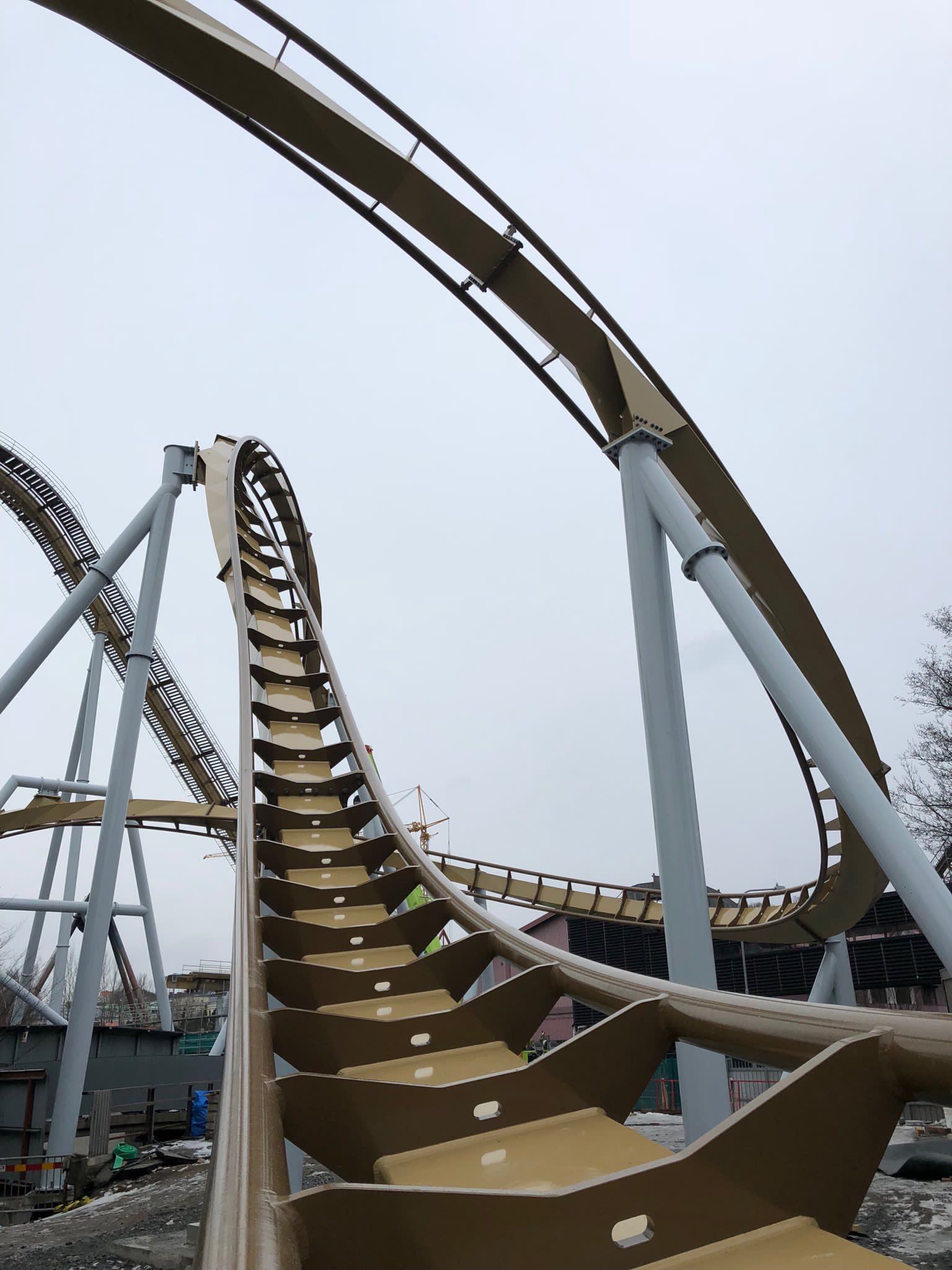 Is that a new B&M track modification or have a lot of B&Ms got them little holes in the cross ties?

Smiler313 wrote:
Is that a new B&M track modification or have a lot of B&Ms got them little holes in the cross ties?

I believe it’s something as I’ve never seen it on any other B&M’s.

As for what it’s for, I don’t know

It is looking really good. A visit in order!

Daemonen at Tivoli has something similar and that's for lights - maybe it could be for that too?

Users browsing this forum: No registered users and 59 guests
×