Paultons Park have released a short video showing the history of the park from 1983, as part of their build up to their largest single development, Tornado Springs, in 2020.
Top 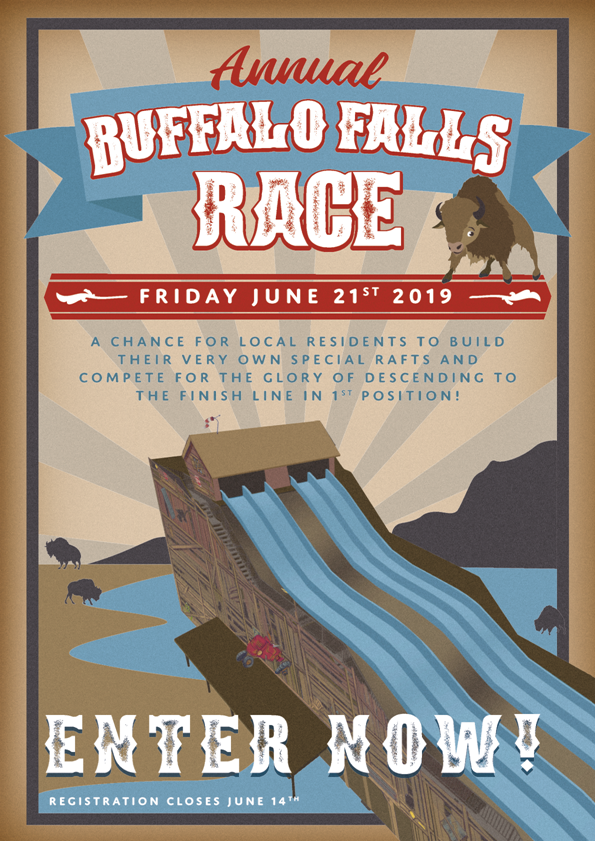 An additional update has been posted showing construction being finalised on Buffalo Falls. 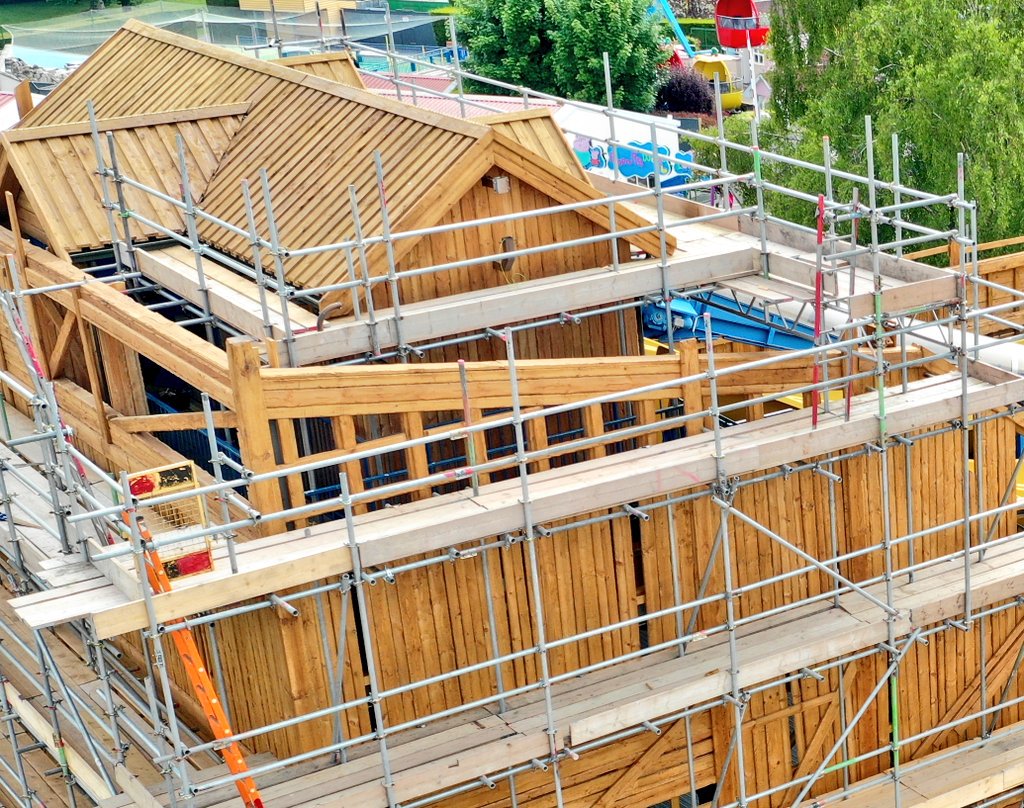 Another construction photo of the new rollercoaster foundations. 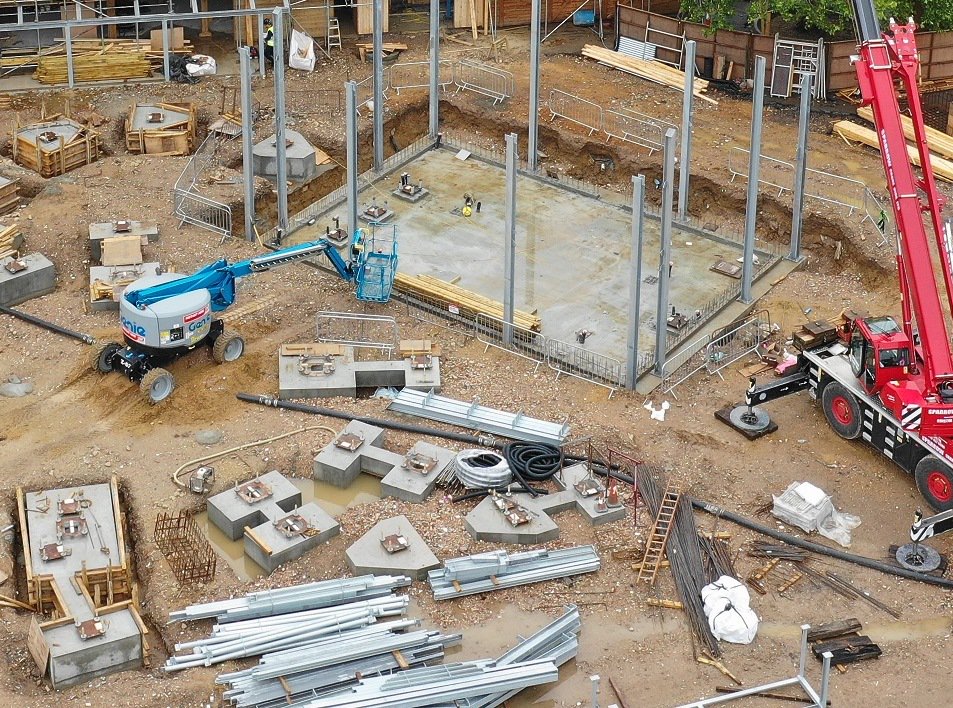 According to some rumours on Twitter, the spinning coaster is apparently going to be clone of Sierra Sidewinder at Knotts Berry Farm.
Top

Quiite like the look of that layout, more twisty and less dippy than either the Merlin spinners or the Wild Mouse styles. Should be a fun family coaster. Seemed very short though, wonder if they could do multiple laps.
Top

abigsmurf wrote:
Seemed very short though, wonder if they could do multiple laps.

In terms of lift to brake run, the ride duration is longer than Spinball.
I can see why the beornen worship Wicker Man
Top

Hmm, the square footage of the ride looks much bigger than Sierra Sidewinder - but time will tell!

Here's some new construction photos of the area:

As reported by SouthParks News the full area concept art for Tornado Springs at Paultons Park has been released alongside a live action teaser video. The focal point of the artwork is the Mack Rides spinning coaster that is expected to have an IMAscore soundtrack.

Alongside are a number of smaller attractions including Buffalo Falls water slide, Cyclonator pendulum ride, Windmill Towers family drop towers and a driving ride currently referred to as Rides and Drives. Additionally the Rio Grande train will operate through the area, and there will be a diner themed restaurant. 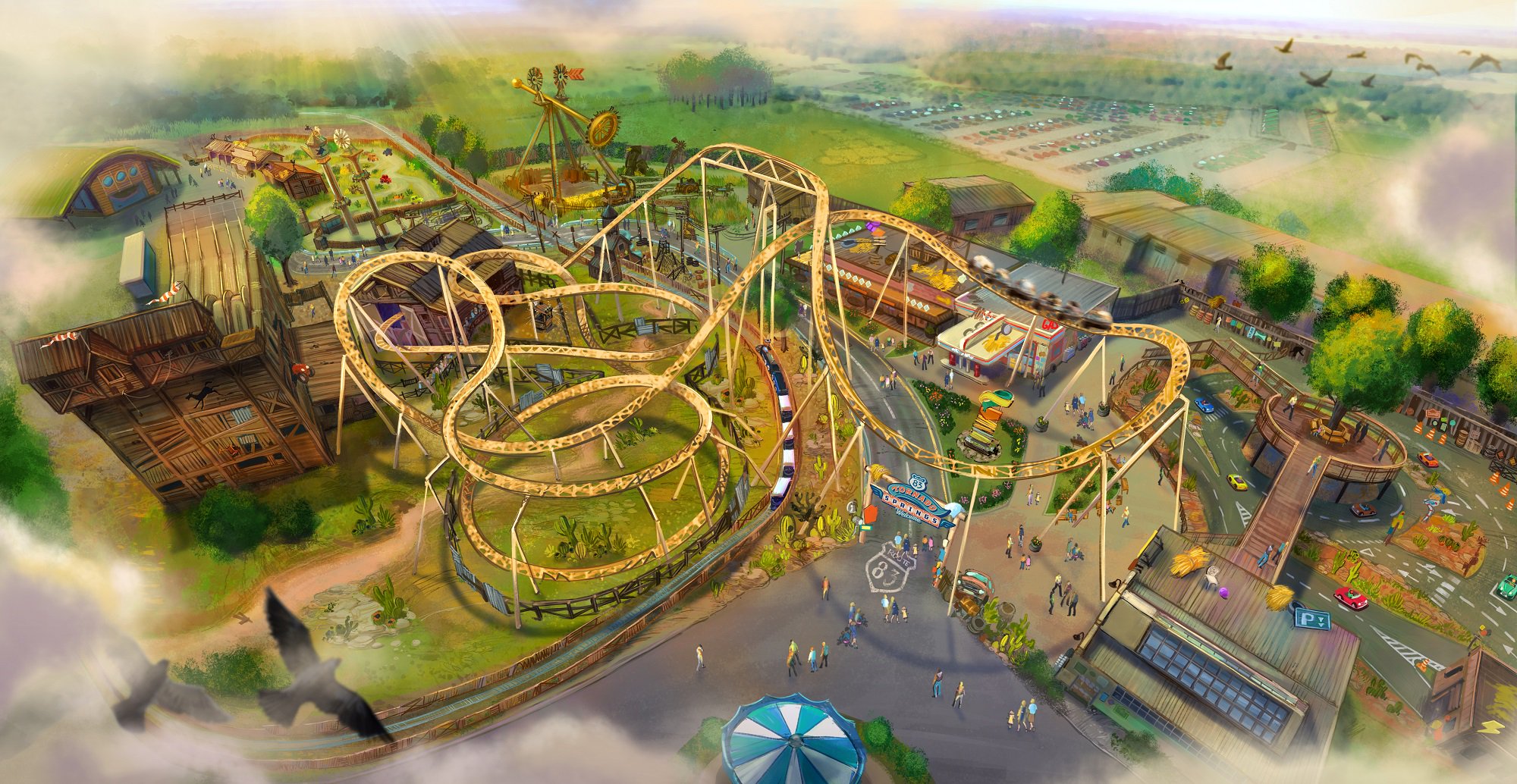 This looks to be an exciting development for the park.
Top

Yeah, this investment sure looks great! With the concept art finally being revealed, it looks to be a clone of Sierra Sidewinder. Based on my impressions of Dwervelwind, this ride will certainly bite quite a bit more than it appears. Also, on a naive, speculative note- that looks to be a nice little patch they've got next to the area for potential expansion...
Top

Defintely got to get down to Paultons at some point. They've an impressive range of family coasters now and it's genuinely a day out for the whole family rather than a handle of rides to stop older family members getting too bored whilst younger kids are taken around Peppa Pig world.

Wonder what direction they'll go next. The park is crying out for a dark ride (given the so-so log flume, a boat ride with a watercoaster ending would be perfect) but you've got to wonder if they'll try for a full on white knuckle coaster to widen the appear of the park.
Top

IMAScore may have accidentally given us an opening date in a Facebook post. The date they have quoted is 19th May 2020. I must admit, I think this looks so good!
Top

So much work has happened since there was a last update in this topic. Storm Chaser has been completed as shown in this picture from Lawrence Mancey on Twitter: 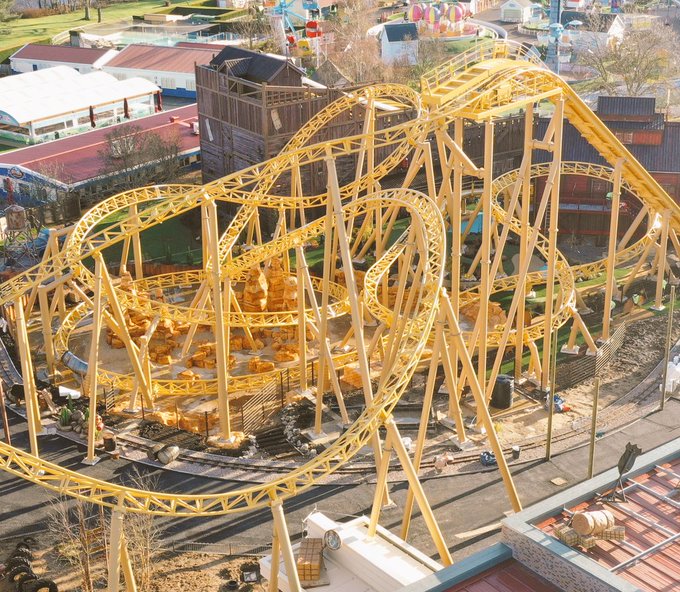 Cyclonator is also complete and has been testing: 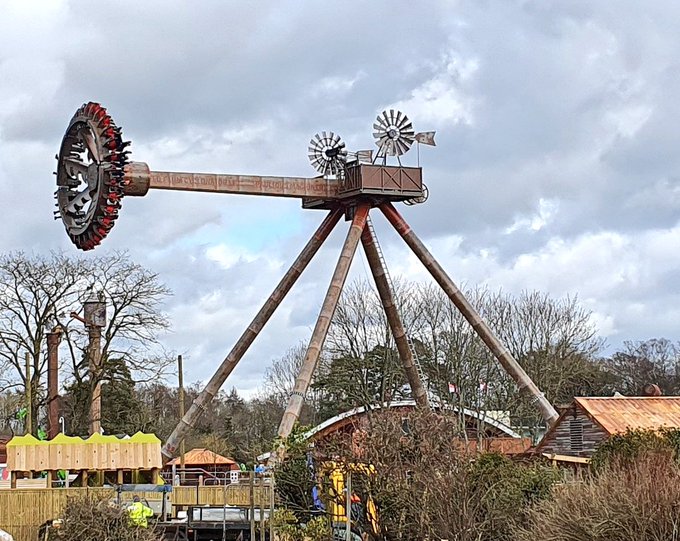 Paultons have also announced height limits etc for the area: 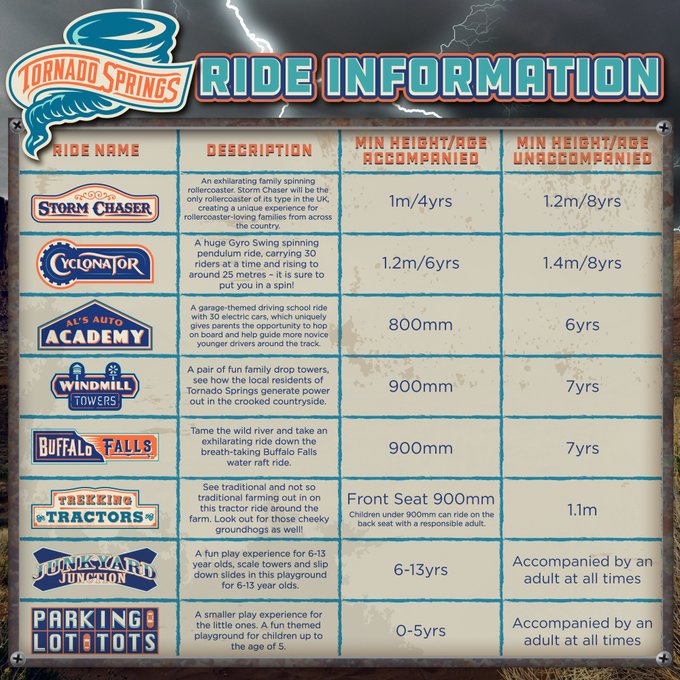 There are so many updates about how construction is going from Lawrence Mancey on Twitter that is worth having a look.
Top

As reported on SouthParks social media, Paultons Park have announced that due to the ongoing situation with COVID-19, the opening of their new area, Tornado Springs, has been delayed until Easter 2021. 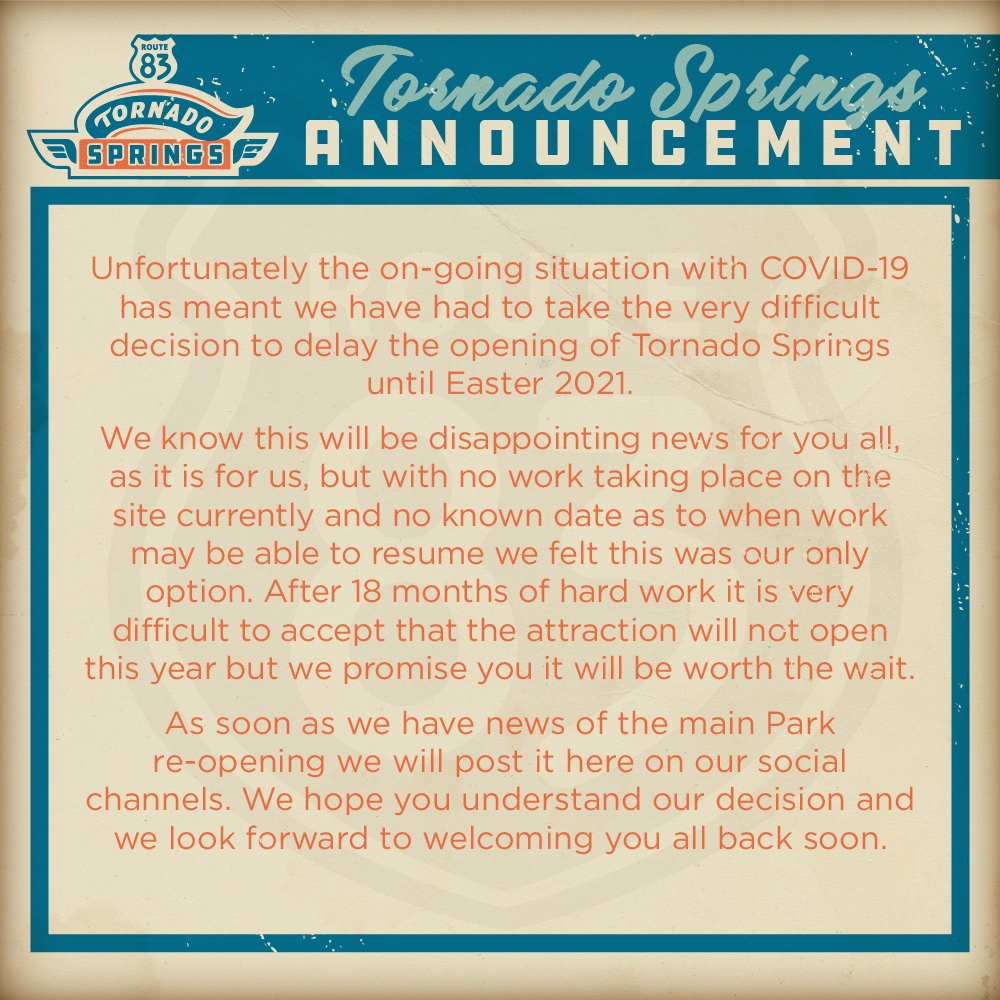 That announcement today that measures are likely to be in place until the end of the year is utterly crippling for so many industries. This is probably the smart thing to do given it's looking likely that at best there will be limited operations for themeparks this year and people will be reluctant to make the trip.
Top

Sounds like they are about ready to just write the year off totally, and put all their time and energy into 2021.  The idea of opening up such a large investment under any kind of social restriction, is hardly welcome.

Make what money they can out of Peppa Pig Land, when that is viable, but hold Tornado Springs back, so it can be "new" in 2021. All the UK theme parks are in this boat.
Top

Paulton’s Park have announced that their mobile app will be updated to incorporate virtual queueing for their rides & attractions, as well as allowing you to order food remotely, in order to aid social distancing once the park reopens.

We’re pleased to be introducing new features in our Paultons Park mobile app.

This update, expected to go live in the next few weeks, will support the social distancing measures we are putting in place ahead of a safe re-opening once government guidance allows.

The free app will allow you to queue for rides virtually and order food from your mobile, eliminating the need for guests to wait in physical lines around the park.

This is just one of the measures we’re busy putting into place to ensure guests can safely visit Paultons Park when we re-open.

Users browsing this forum: No registered users and 257 guests
×