Reminds me of a bigger Manta at SWSD.
SeaWorld has rescued over 35,000 animals in need![/i]
Top

This just keeps getting better and better. The videos of the test runs look amazing and it seems to fit in perfectly with the Klugheim area. One thing I've picked out of the magazine article is the following:

Now, the test of the four-train operations begin. Specifically this means that two trains at the same time on the track, while two others are located in the loading and unloading mode..

I've been wondering for a while how many trains this would run and if I'm honest 4 is more than I was expecting. Hopefully with having two on track at once we'll see some nice dueling from this coaster will will be even more impressive.

It's interesting we've yet to see or hear anything of Raik testing. As it's deeper within Klugheim it's more difficult for the testing to be spotted so it could be testing, but we don't know yet. Hopefully the park will give us an update soon on Raik as that would give us the biggest clue yet for an opening date (please let it be open for June!

It's recently been discovered by members over on Phantafriends that Klugheim will have it's very own tavern style restaurant offering what is rumoured to be Bavarian style cuisine. The park has registered the name "Rutmor's Taverne" as a trademark, and the following image as the logo for the new restaurant for the area: 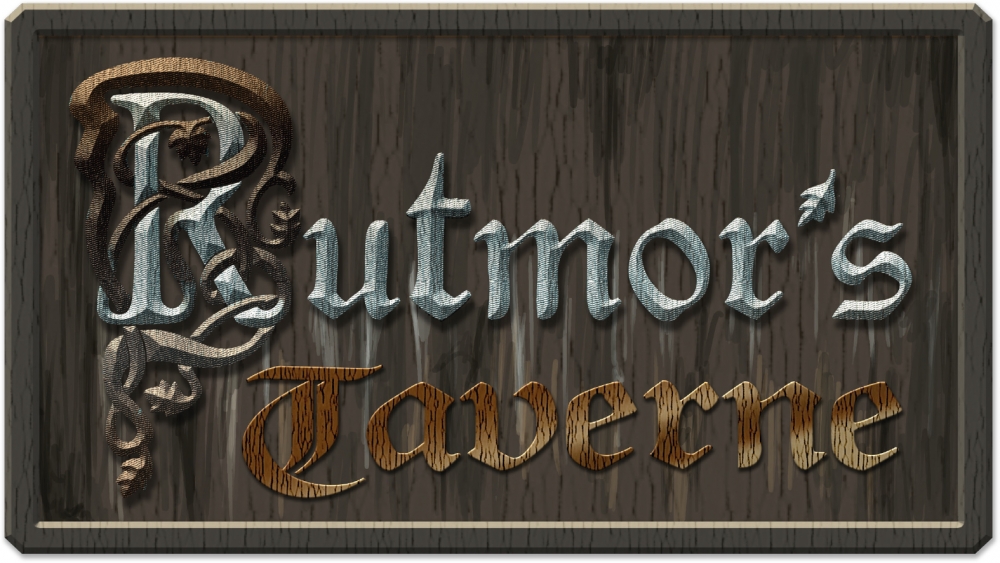 Phantasiland have clearly thought about how to integrate every aspect into the theme of the area. One thing which will be interesting to see will be the pricing of the restaurant and which level it's aimed at.

In other developments, there have been reports that Raik has started full testing today. Currently there isn't any footage of this, although due to where Raik is positioned within the area it will be much harder for people to get any testing footage. I expect that the park may release their own video of the testing in due course as they have done with Taron.

As anticipated, Phantasialand have now released a video of Raik testing. It does look like it picks up some considerable speed.

Phantasialand have today announced that Klugheim will open on June 30th in a video posted to their Facebook.

I'm gutted, I'm going to miss it opening by 10 days

With Klugheim opening at the end of next week the park are now in the final phases of preparations for the opening of the new area. I was at Phantasialand last Sunday and Monday and there was ongoing testing of Taron, however I did not see any testing for Raik. There was also still some construction work going on in the area. Due to it's proximity to the new area the park has also closed River Quest, the park's rapids, however I don't know if this is due to construction work, or simply the fact the park don't want people to use it to get a look at the new area.

Below are just a few photos I managed to get of Taron testing, there were at least two trains on the track, one was running with water dummies and one without. One thing I did notice was that the launch had a very distinctive sound, which I believe is down to the LIM system it uses. In Theme Park Worldwide's Phantasialand vlog, River Quest is still open, but this was filmed 8/9th June, so maybe it was just shut for maintenance/it had broke down while you were there?
Ride count since the beginning of 2015: 2133!
Ride count 2020: 360!
Cred count: 117!

It was a planned closure - all signage for the ride had been removed from the entrance as well which indicated that it wasn't going to open at any point in the next few days. It was a shame as it was one of the rides I was looking forward to most.

Ahead of this evening's media event, IMAscore have officially announced that, perhaps unsurprisingly, they produced the sountrack for Taron and Raik as well as the Klugheim area itself. For those interested, there will be some sort of livestream on Facebook, YouTube and Phantasialand's website from tonight's event (presumably similar to what Baron 1898 had last year) which I believe starts at 6pm GMT.

The POV is up here.

Here is the Raik POV. Shorter than I expected from what is supposedly the longest of its kind...

I must admit, I'm not as 'wowed' by either of the coasters as I originally thought I would be. It seems there are a few missed opertunities with the layouts?

However, on the flip side I believe that both these coasters are going to look 'okay' on POV's but in person I'd expect they are absolutely breath taking!

Oh wow, Raik does look quite short! But then again, I really like how both coasters overlap each other. Can't wait for Klugheim, visit it due in October!
Top

I must admit, Taron looks like a hell of a lot of fun. It just looks incredible. Shame I won't get a chance to visit. As for Raik, i'm underwhelmed by it. It seems like it has a boring layout, but i'm sure it will be a winner for the younger audiences. The whole Kulgheim area just looks incredible and Phantasialand should be really proud of what they have done

Special offer for people staying at the PHL hotels to experience Klugheim after the park is closed!
You'll be able to access Klugheim again 30 minutes after the park closes for an hour, including both coasters and some food shops. The area will be open for an hour for hotel guests.
Requirements:
- need to be a PHL hotel guests
- need to have a valid and paid entrance ticket/season pass.

Starting from 4 September until 31 October, so if you plan to go to PHL around that time, make sure you take advantage of it!
Official website doesn't give you that info unless you access the site in German:
http://www.phantasialand.de/de/hotels/k ... -exklusiv/
Top

Been to PHL last Sunday, and it is now my favourite park in the world. The entire park changed so much over the past years (for the better). They've really stepped up their game with the theming and ride line up is brilliant.
Especially with Klugheim they've outdone themselves! Loved Taron and Raik to bits! <3
Top

Some horrific news has come from Phantasialand where a 58-year-old was squeezed and killed by a lifting device for the cars during maintenance work, http://www.express.de/koeln/von-hebebuehne-eingequetscht-mann--58--stirbt-bei-achterbahn-wartung-im-phantasialand-26193918 My thoughts are with families and friends of the victim.
Top

Phantasialand have today announced a new themed area called 'Rookburgh'. The photos posted on Facebook of the construction fences appear to suggest a steampunk theme, although I'm yet to read anything about specific attractions.

Users browsing this forum: No registered users and 80 guests
×