So, we now know exactly what the seating will look like on F.L.Y as this was spotted on the test track for the next generation Vekoma Flyers

Photo courtesy of this site, the full album featuring the rest of the test site can be found here too

Seeing some of the pictures posted by members on this topic, I think the theme of this new Coaster might be some kind of industrial theme a bit like Baron 1898 in Efteling... and those seats... I think they look better than Galactica's!

The seem to utilise a similar restraint locking system to the B&M flyers.

As a fan of Dark rides and Flying coasters(And Vekoma's) I can't help but feel excited for F.L.Y and I hope I get the chance to ride it one day!
[Insert Signature Here]

What you can see of it, however, is massive. The cranes being used in it are immense and seem to be ready to do some heavy lifting which supports the theory that the LSM track is going to be a behemoth to behold.

As I said earlier, hard to get any photos of the actual ride, so just imagine the track used for Lech in red and upside down for now

Overview of Phantasialand with the new area Rookburgh marked on.

Recent footage of the test set up. A film crew and staff wearing Phantasialand jackets were spotted recently filming the testing as well.


A lot of metal structures have went up around the track that has already been installed. The structures seem to be for themed facades/backdrops, chimneys and towers. And a large number of the supports (including the tallest supports which hold the inversion) will be enclosed with theming from Universal Rocks (who did the rockwork for Klugheim and Chiapas).


Footers have also been completed on the other side of the site, and a lot of concrete working is taking place to complete the station which runs through the middle of the site (the station will most likely be underground like Black Mamba's).

At the Vekoma factory a lot of track is sitting outside waiting to be transported to Phantasialand. A lot of black sideways track for the station and brakerun (and if there is one perhaps a dark ride section?).
https://svhas2004.wixsite.com/vekoma/portraits 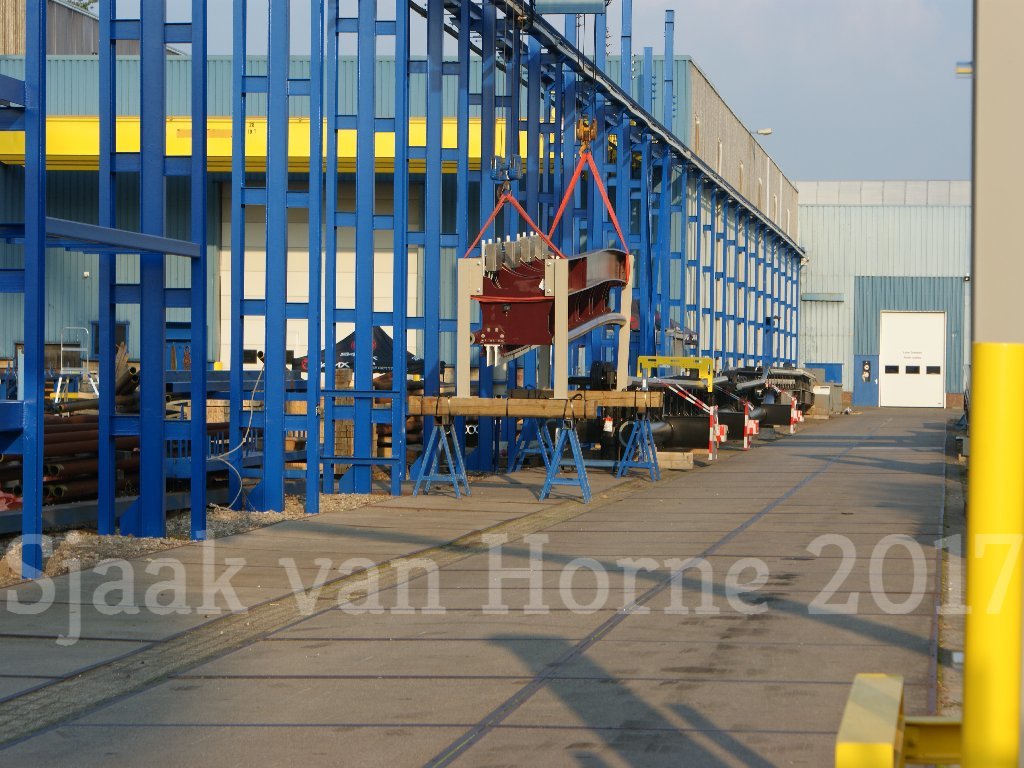 Red track parts for the launch which strangely curved... Various different ideas have been put forward but I believe most believe it will be some sort of half loop launch. You enter in the flying position and exit on your back (then there is either a 'lie to fly' or it completes a full loop). But we'll not know for sure until it is erected on site. 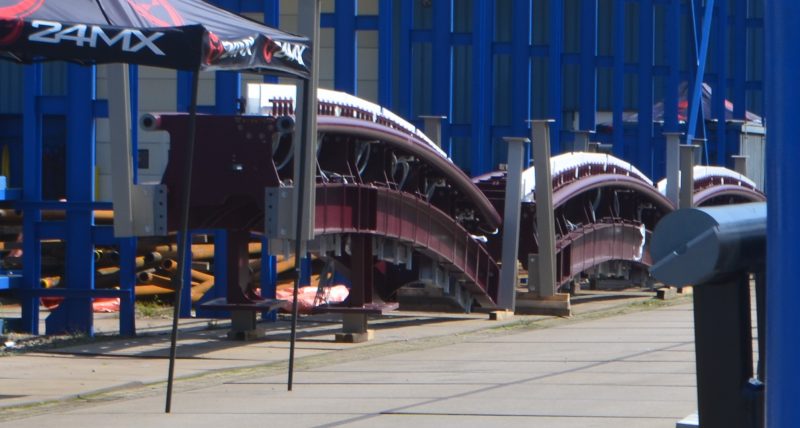 And lastly, yesterday Vekoma started dismantling the test set up. Seemingly they are finished with testing and are content that it works. 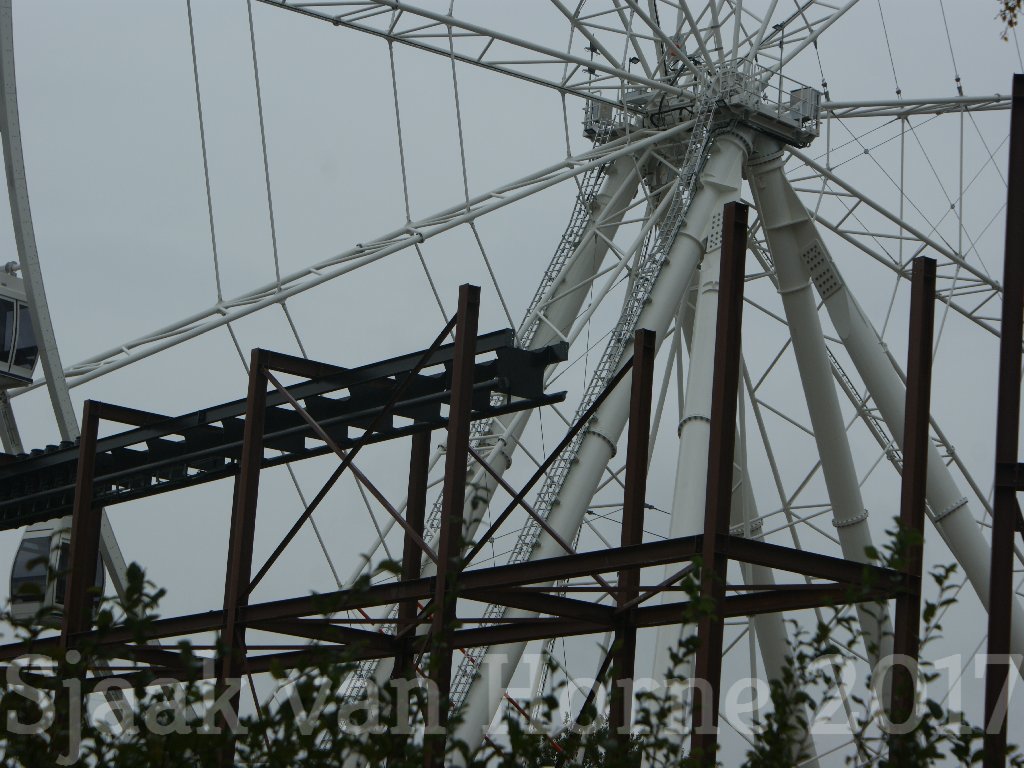 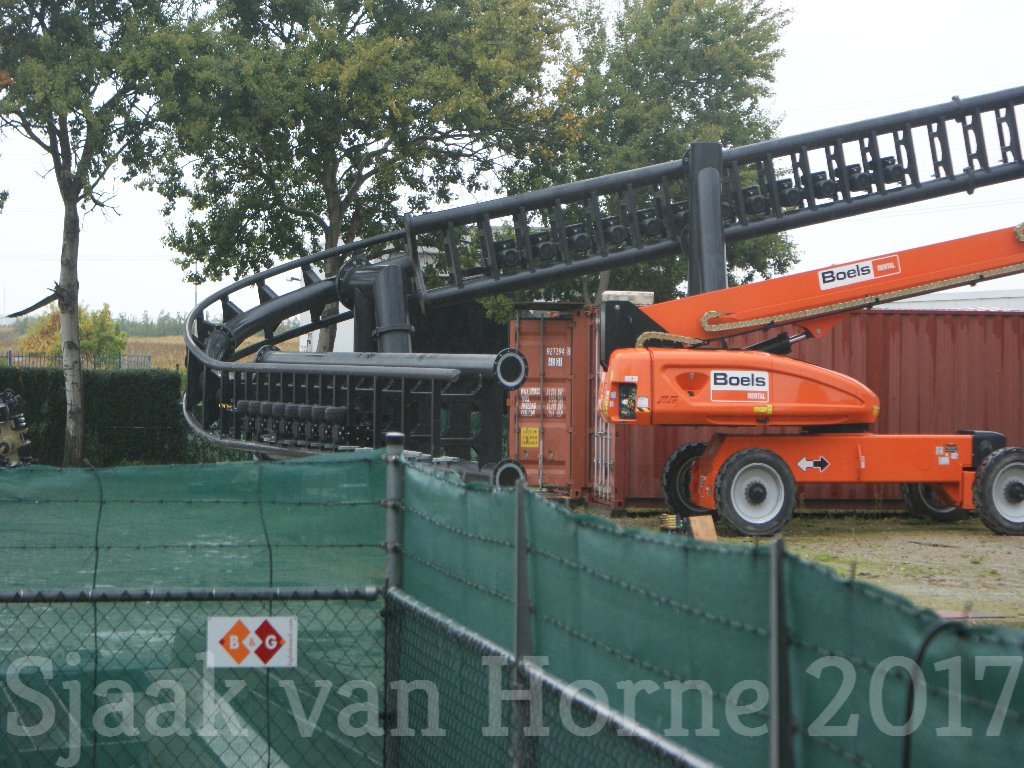 Intruging! Thanks for the update. 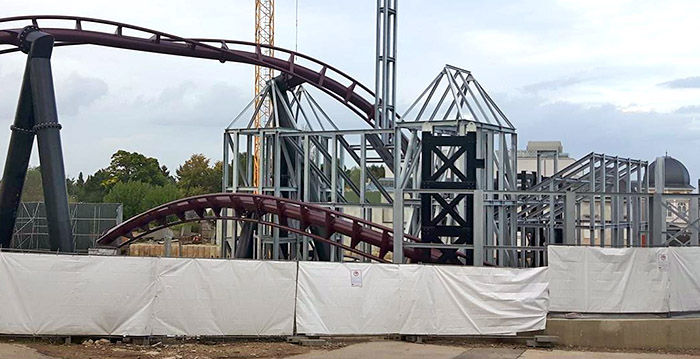 Looopings have shown us this image of a building being constructed. I am really intrigued by this whole project and can't wait to see more of what's to come.
Top

The test construction for FLY @ Vekoma Vlodrop has been dismantled. Just a few support are standing.
Top

Was at the park last Thursday, and heard from a few different members of staff that Rookburgh will open in 2019.
They all seem to be under that impression, and considering how much work there still is to do, and how much theming will be going in (the park's creative team have said Rookburgh would surpass Klugheim in terms of detailed and immersive theming), I now think the same to be honest.
I'd say that one corner of the site where track and buildings have started to go up only covers about 30% of the area.
There was a lot of activity on the rest of the site and a lot of concrete foundations + walls work has been done since the last photo I saw of the site 2 weeks ago. So work is steadily progressing meaning it will definitely be ready for 2019 (I'd pressume maybe even a start of season opening).

Also Thursday morning when arriving at the park I saw surveyors working outside the Temple of the Night Hawk building. They were carrying out measurements of some kind.
Found that interesting given the rumours that Temple and Hollywood Tour are next to be removed. However if Rookburgh is opening in 2019 then TotNH and HT won't close until January 2019, rather than January 2018 as had been originally assumed.
Top

Trackparts for F.L.Y. @ Vekoma Vlodrop start to pile up. Sorry no pictures.

Seems that some theming has been uncovered/spotted. Credit to phantafriends.de.

The official Merlin Magic Making Instagram account posted this picture (and then removed it an hour later) of a staff member trying out the prototype test set up for F.L.Y. at the Vekoma factory.
Top

It would be an interesting development for Merlin to add what would be a unique coaster experience! I'd certainly welcome something like this at a UK theme park!

Hi guys, for anyone who's been to the park before:

How easy is it to get to the park from the nearest airport?
Should I stay onsite and for how many days?
Any tips?

It is very easy, you need to either hire a car or get a train. The train is about 4 Euros each way and takes about 40 minutes with one change. You'll go from the Airport (Koln Bonn Flughafen, if you're every confused by the station names), to Cologne Central Station (Koln HBF), and then change to a train that goes to Bruhl, of course buying the tickets for Bruhl from the airport, and then to the airport from Bruhl.

I definitely recommend the on site accommodation, it's practically on top of the park, and is very reasonably priced. The amount of time you spend there depends on what time of year you're going, in the Summer I'd recommend 4 days (3 nights) at the park, and of you were going at an off peak time, maybe 3 days (2 nights). Depending on the opening times you will also get the benefit of Taron/Raik exclusive ride time in the morning or after park close.

Only tip I'd give is, if Winjas cattle pen section of the queue is completely full, avoid it at all costs 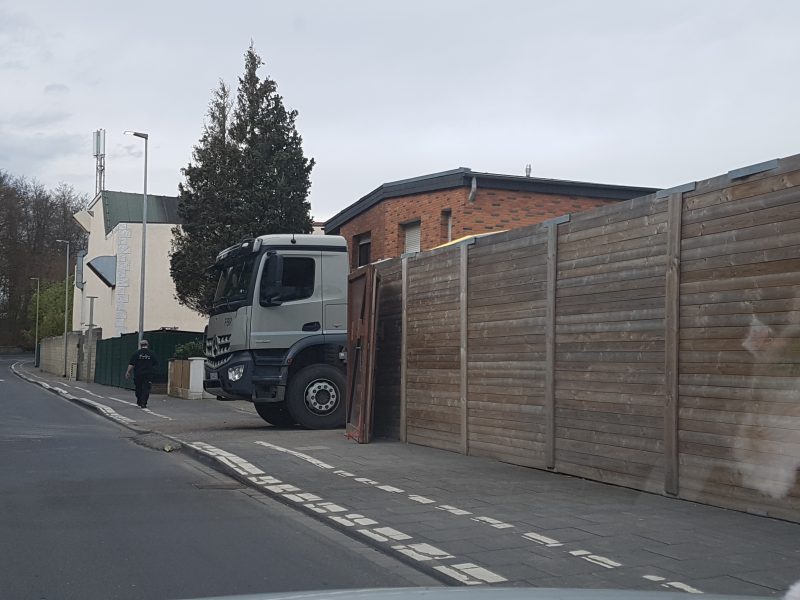 Pictures taken from outside the park also show progress being made with the construction of framework for some of the buildings around the new ride!

Recently it was also revealed that one of the buildings in the Berlin themed area had been completely demolished to make way for a new entrance to Rookburgh, with the building being replaced with a steampunk themed archway!

EDIT
This video recently uploaded to YouTube shows what the current construction site of Rookburgh look like.

^ That video is rather outdated. The massive new foundations across the centre of the site and the various new pillars that have been built in the off season are not visible on it.
As shown on this graphic from PhantaFriends. 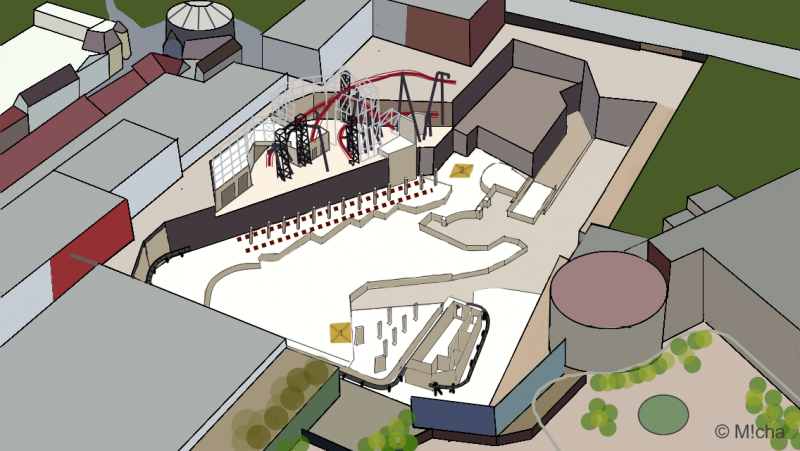 The previously built up walls and buildings around the red track are currently being extensively themed (not shown on the graphic).
In the past couple of days (since this graphic was made) construction has started to rapidly pick up the pace with a lot more concrete being poured. Won't be long until all the foundations are done and construction will go vertical again.
Top

Ahh, I have to say, I find this project really interesting to follow, especially as progress seems to be moving so quickly!

Users browsing this forum: No registered users and 55 guests