by Ladyofthelake
Following on from AlpenExpress, Europa Park have announced on Twitter that another of their coasters will be receiving the Virtual Reality treatment for the 2016 season - Pegasus. This means that Europa Park will have two VR rides for this year. At the moment it is not known exactly what Pegasus' simulation will be, or if it will be included or and upcharge, although I suspect further information will be released nearer the time.

I have to say I'm not 100% sure about this. Whilst I can see why a park would want to include new technology on one of their rides I'm not so keen on it being rolled out elsewhere. My concern would be that eventually it could be added to a significant number of attractions and, although I am yet to try a VR coaster, I'm not sure it would be right to include it on more than one or two rides. It will certainly be interesting to experience this when I visit Europa later this year, and to see how it compares to Galactica at Towers.

The attraction will be europes largest flying theatre attraction, with two theatres seating 70 guests each (think Disney's Soarin'). The experience will last approximately 4 and a half minutes and will give riders the sensation of flying over various European locations! It's set to be the most expensive attraction in the parks history. Here is the attraction teaser trailer! 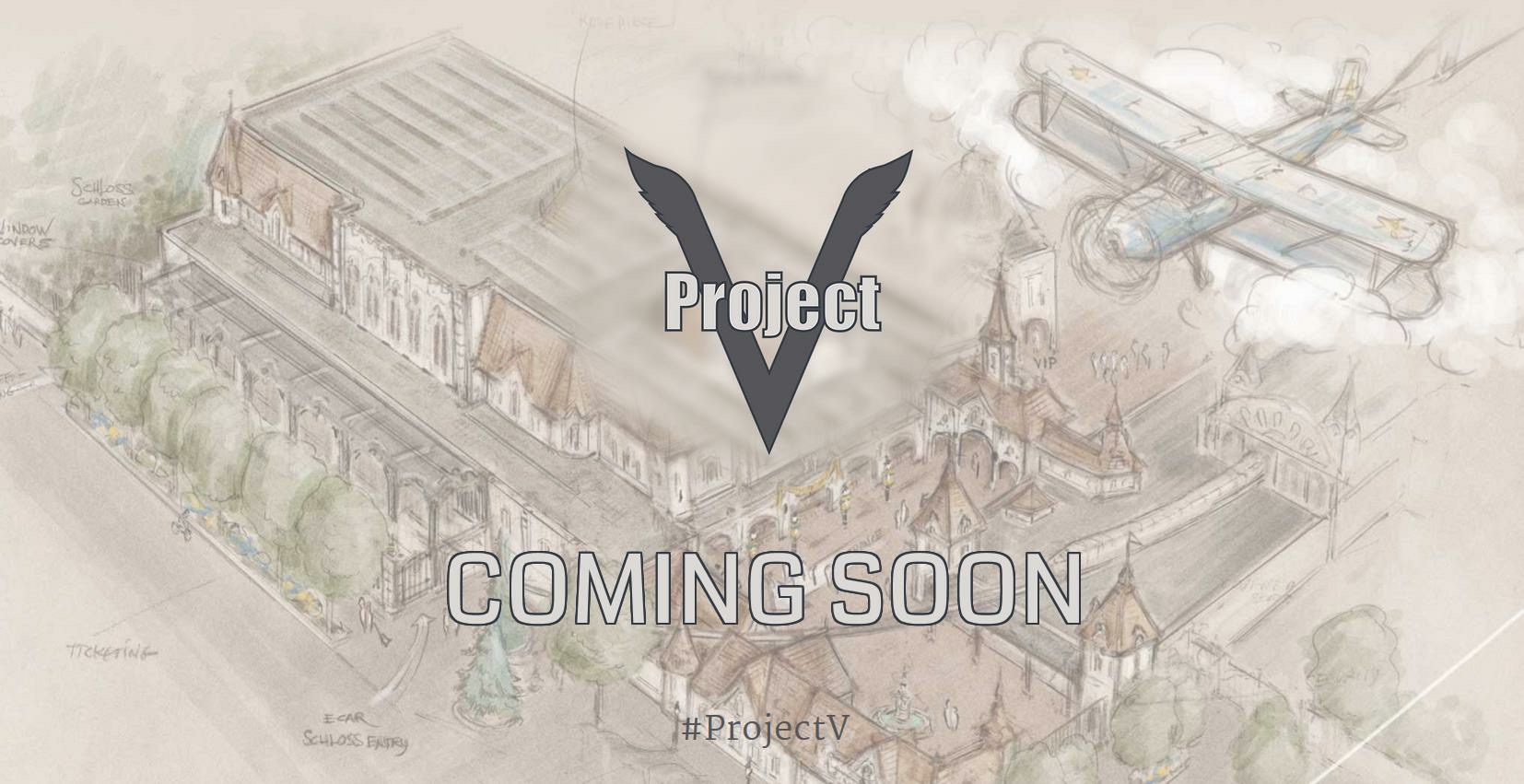 by lewis97
The Project V minisite has been updated with English dubbed videos alongside tonnes of plans, concepts and further insight into the attraction.

by Owen
It seems that Micheal Mack has announced that EuroSat will be closed at the end of the year to receive a new track layout and 'EuroSat experience' for 2018...

by Georgie
From the sounds of it they could be replacing it with a new coaster entirely, but with the same building and theme.  Could we maybe see an indoor Big Dipper or just a similar experience to what's there now but with the new Mack Mega track?  Whatever it is, it'll most certainly be of high quality knowing the Macks!

by Jack
Can we please stop with the unnecessary VR now please?

Majestically rises 'Rulantica' slowly aloft and the first signs of the new Water World of Europa-Park appear. Outside the gates of world's best theme park work on site is in full swing.

An elaborate Nordic theme and 25 exciting water attractions guarantee an unforgettable adventure for the whole family.

More information along with a video can be found Here

by Dan
A couple of closed season updates from Europa Park!

Firstly, it seems Wodan is having some re-tracking done. 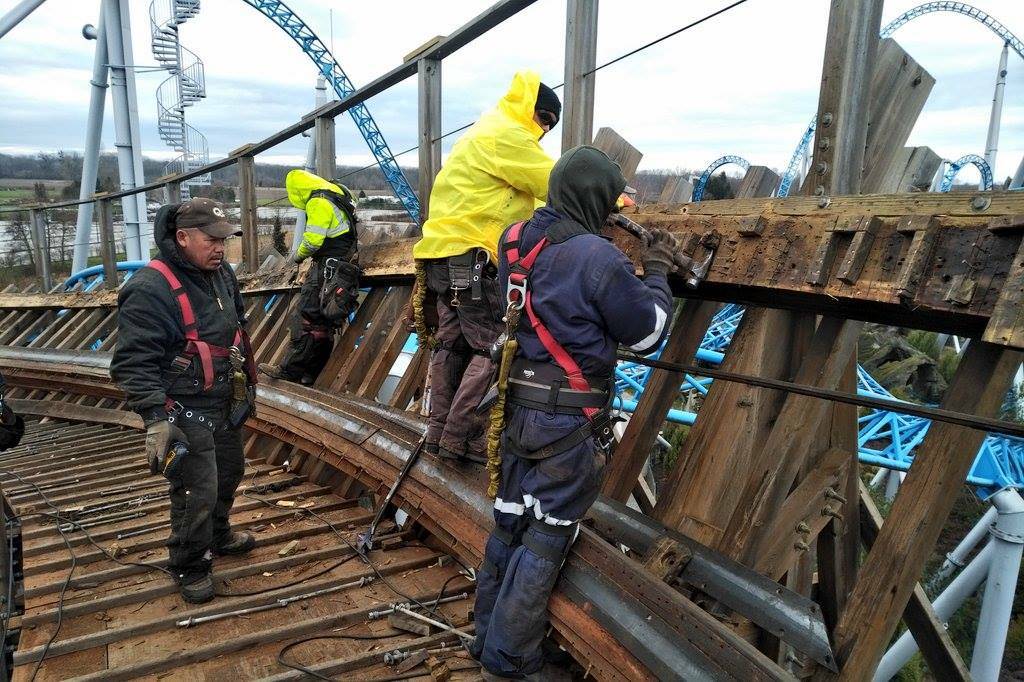 There’s also this rather unique shot of Eurosat’s track layout: 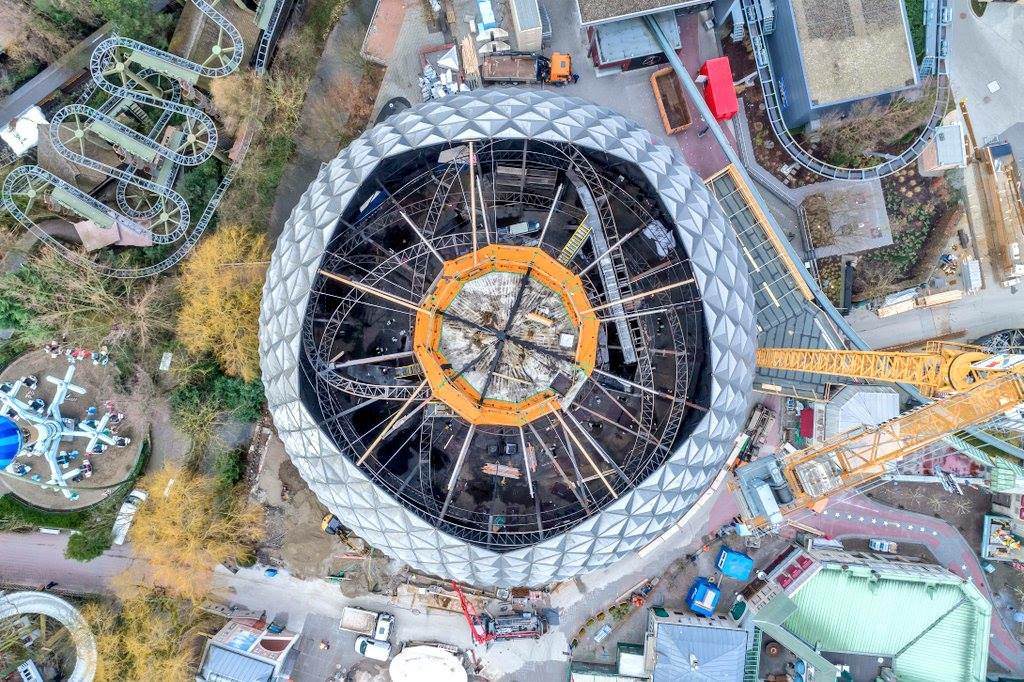 Europa Park is the only European park I’ve visited, and that was on a school trip in 2001. Back then I didn’t fully appreciate the park but over the years as my enthusiasm has grown, it’s very near the top of my list of parks I’d like to visit again.

by streetmagix
I rode Woden during the winter season and it was as smooth as any wooden rollercoaster I've ever ridden. It must be preventative retracking rather than reactive.

It really is an amazing place. I visited Orlando for the first time earlier this year (Disney, Universal and Seaworld) and Europa Park is still my favorite park in the world. It's just a shame that, like Alton Towers, it's not the easiest place to reach. It's so worth it though.

by MIR
Today Europa Park have unveiled a dedicated website for the upcoming Eurosat - CanCan Coaster.

This came along with some new concept art for the ride's refreshed station and queue, 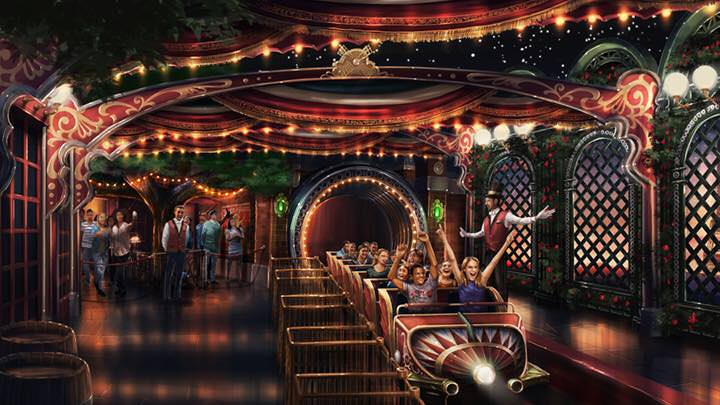 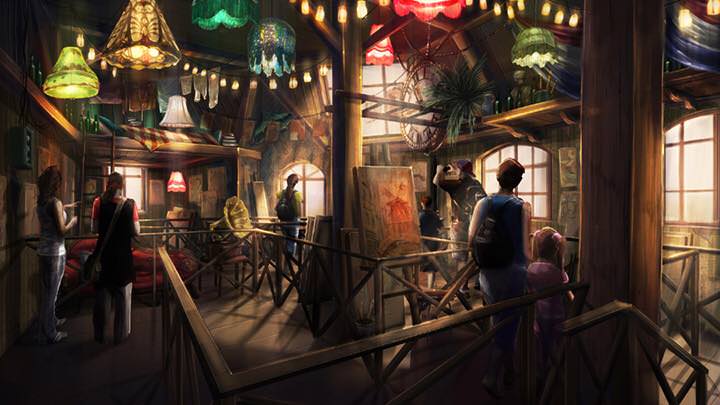 Furthermore, Mack Rides have revealed the front car on their Facebook Page , 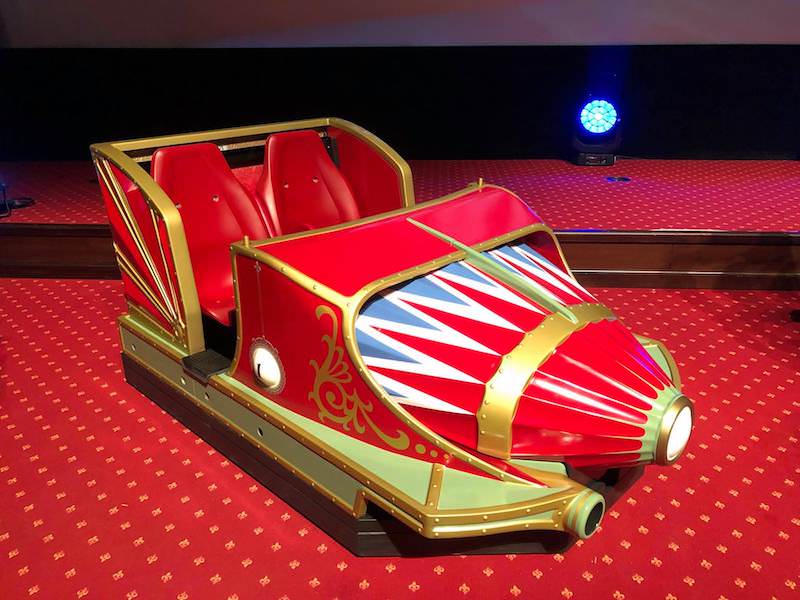 I think it's looking rather good and a welcome refresh for Eurosat, and of course very much in keeping with the attention to detail and quirkiness that can be found on other attractions at the park.

by Robert.W
Really love what they're doing to EuroSat as well as all the other changes to the French themed area this year. The new façades will be very impressive once they're complete! I also think it's really good how they're turning one ride into two attractions with the Coastiality VR experience as well!

With all the new additions coming to Europa this year I'm a little sad I'm still not able to visit the park, but it's certainly on the to-do list, haha!

streetmagix wrote:
I rode Woden during the winter season and it was as smooth as any wooden rollercoaster I've ever ridden. It must be preventative retracking rather than reactive.

I rode it back in October and found the opposite tbh. It was fun, but got quite banged up on it. I've never been a fan of the GCI laterals though.

by Robert.W
Thomas Mack posted this on Twitter! Doesn't it look good!

by Chris
Tell me, what doesn't look good at Europa Park?

by Robert.W
Hmmm.... I guess what makes it the world's best theme park is the fact that there literally is nothing that doesn't look good at Europa Park!

by Nickolai
So, they are a family business, however provide multimilion pound quality, themed rides? Merlin take a look at this place....

by Robert.W
Just thought I'd post a few of these images from ep-fans.info, showing some of the smaller changes that's happened at the park during the closed season at Europa Park.

The newly renovated Europa Park Teatro in the Italian area, which will play host to a new musical production starting 28 April, "Rulantica - The Musical"! In the French themed area, the new Tarte Flambée Bakery was recently completed and is now open. And the new floating restaurant, which has two seating levels for great views around the French themed area! There are plenty more photos, as well as a full "change log" on ep-fans.info (might need Google translate at the ready!

by PhNx Survivor
This is going to sound really stupid.. but do people speak any English here? Or would it be a good idea to learn a little German?

PhNx Survivor wrote:
This is going to sound really stupid.. but do people speak any English here? Or would it be a good idea to learn a little German?

I'm not sure.. there will definitely be some English speaking staff, but as always with being in a foreign country, it's always best to know some of the language, even if it's just a few words.