The white monorail has already been completely repaired and is back in operation. Hopefully they'll get the other one fixed just as quickly now! 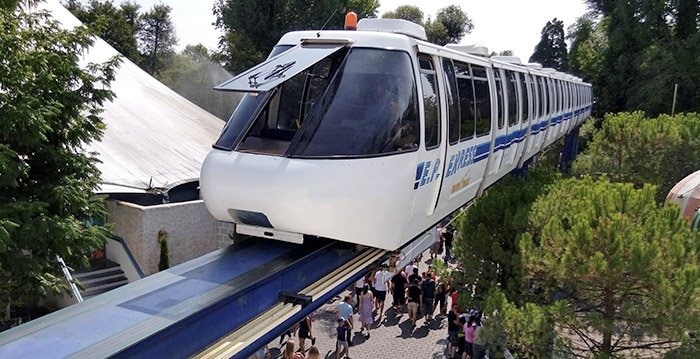 Europa Park have confirmed on their Facebook page that their Scandinavian area will be opening at the end of May following it's re-build after last year's fire.

I have to say, it is impressive that the park have got this area re-built so quickly and knowing the standards of the park no detail will have been missed either - if anything, it will be better than before.

Following on from the re-build of the Scandinavian area, Europa Park have now also released details of the new Piraten in Batavia, confirming on their Facebook page that the ride will re-open in 2020. They have also released the concept art below:

The Mack Rides Facebook page also has a couple of images of what I think is a model of the new version of the ride:

At Europa Park's recent start of season press conference they also showcased one of the new animatronic pirates which will form part of the ride. The Official Europa Park Fan Club - EPFans.info, have a short clip on their Facebook page.

And finally, Europa Park have produced a 4 and a half minute first teaser trailer which provides a fantastic back story to the new version of the attraction and introduces some of the key characters as well as new music from the attraction from IMAscore:


I love that Europa Park are going to show much effort to re-build this attraction. It shows that the Mack Family recognise that the attraction was a favourite of fans and are have seized the opportunity to not only re-build it, but bring it back bigger and better than ever. I will have to try and get back to Europa Park once this is open to see what it is like - if it's done to Mack's usual standards then it will be spectacular!

Those concept pictures/models make it look like they could have some wonderfully designed sets with a lot of detail. If the finished ride ends up like that it would be pretty spectacular.

Combined with their new anamatronics, to me this looks like they could end up with a ride that is more impressive or at least more immersive, than the Pirates of the Caribbean refits that have happened at Disneyland, Magic Kingdom and Disneyland Paris.
Top
Post Reply

Users browsing this forum: No registered users and 302 guests
×