I see a lot of triangles, squares, crosses and circles flash up during the start of that video. Could they possibly be having another Sony PlayStation sponsorship, maybe even PlayStation VR?
Top

It's a fair price.

I think that covers the majority of it?
Top

Here's my two cents on the subject of Mackpool/MMXXVI

First and foremost, I'm confident that Mackpool will be a great investment for Blackpool Pleasure Beach and the UK as a whole. The layout looks pretty good, it's not Helix, but it'll be pretty good. My main issue with the layout is that it seems to just twist around a lot at points, without any "showstopper" elements. Especially towards the end, I feel like it could use something like the heartline roll on Helix or Blue Fire to end the ride on a high point. Whatever it rides like, I think what will make or break this ride is the interactions,a fter all it's what BPB prides itself on. There looks to be some cool interactions with The Big Dipper and Steeplechase, so hopefully they'll be good!

I know the colours are subject to change, but I hope they pick the grey/metal silver instead of the green and orange...

There is something nagging me about Mackpool though. With the price and size of coaster, I believe we won't get much theming. I know some people are not fussed about theming, BPB isn't really known for it except for with Valhalla, but I think that will be this ride's weakness. The other launched megas in Europe are pretty well themed, and I think that's a big part of why I loved Blue Fire. Finally, I'm a bit concerned about the operations as BPB's aren't the best, but you could say that for many parks.

Now, obviously the million dollar question is will Mackpool or SW8 be better. I'm reserving judgement until we see SW8's final layout built and the quality theming, but on a whim I think it might be SW8 (for me at least) as it appears that it could be better rounded as an experience than just a coaster. I know it's a bit strange coming from someone who loves Blue Fire so much, but Blue Fire relies so much on theming (and landscaping) and music that I am highly doubtful BPB will have the money for. But as I said, that's just my first impression.

I would just want some British related theming. If it was anything like a pirate theme, for instance, it would stick out like a sore thumb
Top

In a way, I hope that it is more 'generically' themed as it will blend better. I mean, The Smiler has a fairly generic theme until you are greeted with the marmiliser, music, yellow pipes on the building and the correction block. BPPB has no real themed areas except for Nickelodeon Land, so adding on to TPC, something immensely themed would not fit too well.

Smiler313 wrote:
In a way, I hope that it is more 'generically' themed as it will blend better. BPPB has no real themed areas except for Nickelodeon Land, so adding on to TPC, something immensely themed would not fit too well.

Slightly disagree one this. In my opinion, Helix shows off that quite self contained theming/atmosphere building around the station and plaza (including music) can work surprisingly well. Despite the fact the Helix's layout stretches all around Liseberg's terrain, into the territory of other rides, it still has its own theme in and around the station and plaza areas.

I think people need to start learning the difference between a theme park and amusement park to be honest, and fit their expectations for theming around that.

This project has excited me from the rumoured beginnings many years ago, and fits into the whole regeneration of the Blackpool front itself.

I don't worry that BPPB can pull off a good modern coaster as Mack have become the kingpin of launches now. I do worry how well Blackpool can pull off its operations - they need to up their game and quickly. A recent visit to BPPB didn't fill me with the best of confidence - rides down and very lax staff made an anxious visit on the mostpart.

If themed to a decent standard and ran operationally well, this could be a game changer for BPPB. It is unfair to expect an amazing standard of immersion as that isn't what Blackpool is about, but a solid theme and story will captivate the interest of the UK. The North needs a decent new coaster and this has the potential to be it.
Top

From what I saw at Liseberg, and the announcements for 2017 and 18, they are heading down the theme park route. BPB are, and will be heading down the Amusement route. I wouldn't rule out on board audio though.
Top 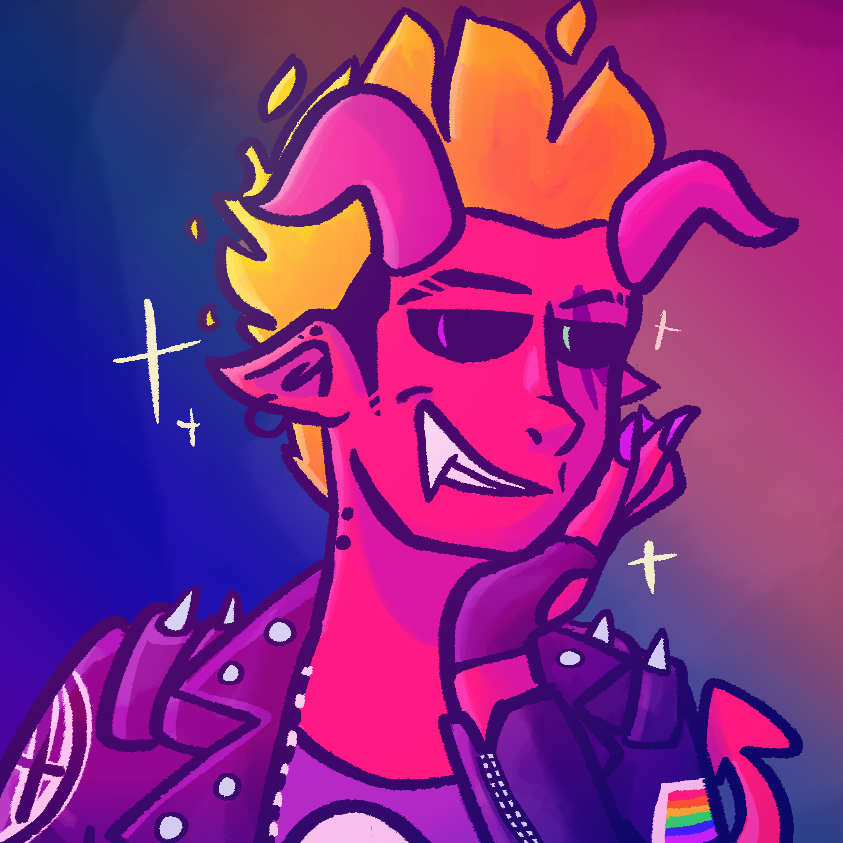 Having to work round the current park will add significantly to the construction costs. A dedicated, empty, site would be a lot easier to design and build.

Minimising the impact to park operations will also add to the complexity and cost.
Top

Wow, only just seen this. We finally get a Mack Mega in the UK!
Top 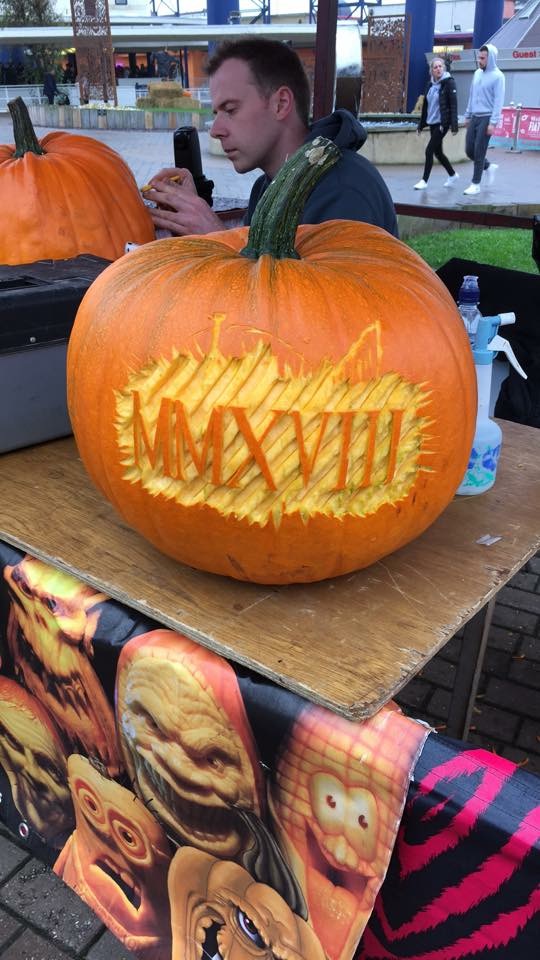 Work seems to have started over on the site of Construction 2018!

Blackpool Pleasure Beach have revealed their opening times for February and March 2017 with the opening day being on Saturday 11th Feb as previously announced. All dates carry an 11am-5pm schedule as in previous seasons. Can't wait to get back to BPB in Feb

BPB have increased the number of their late night riding dates in 2017. There will now be eight 10pm ride close dates.

In other news, there are whispers on Club PBE that the park may recieve a brand new, modern entrance for the 2018 season. Not confirmed yet, but if it does happen it would be a fantastic move and no doubt Amanda would include some of her favourite fountains

Blackpool have posted a construction update of what seems to be the station! 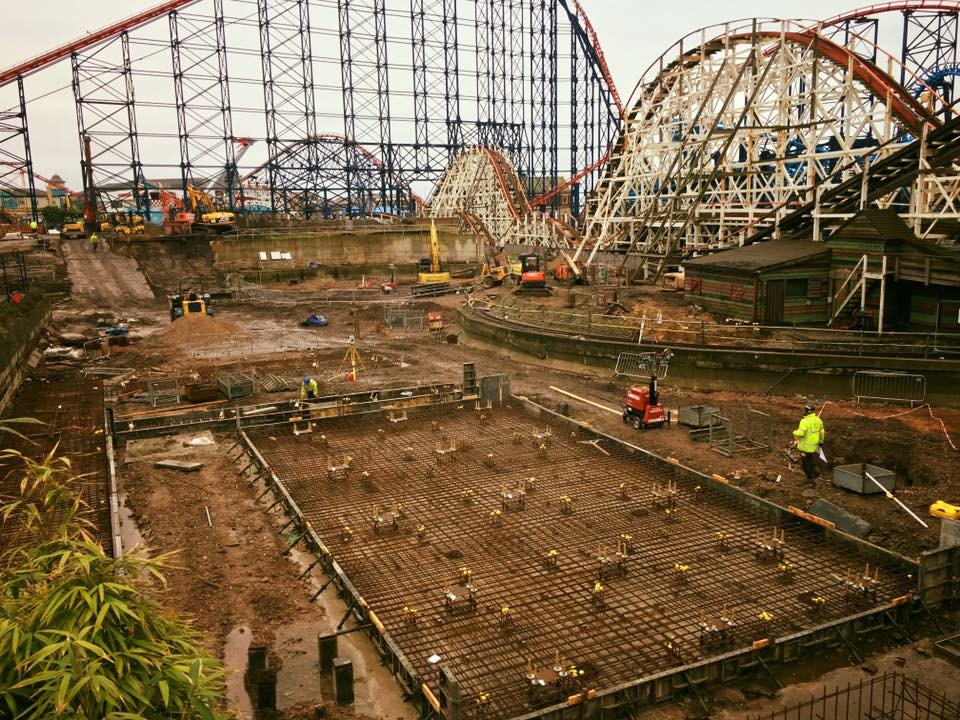 Really excited for this! Be nice to head up there again.