And down comes the Tom Sawyer bridge 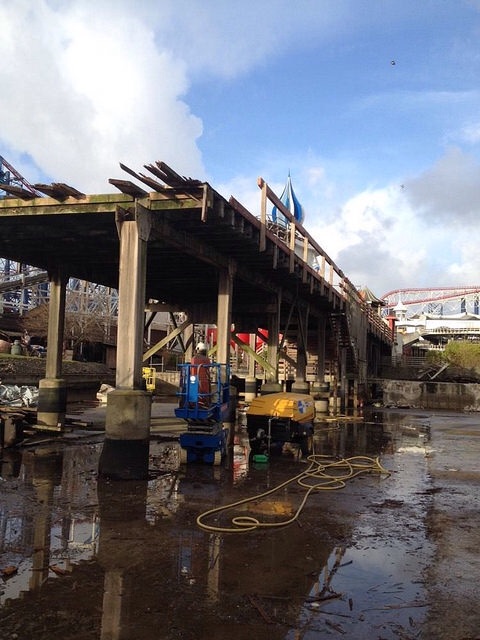 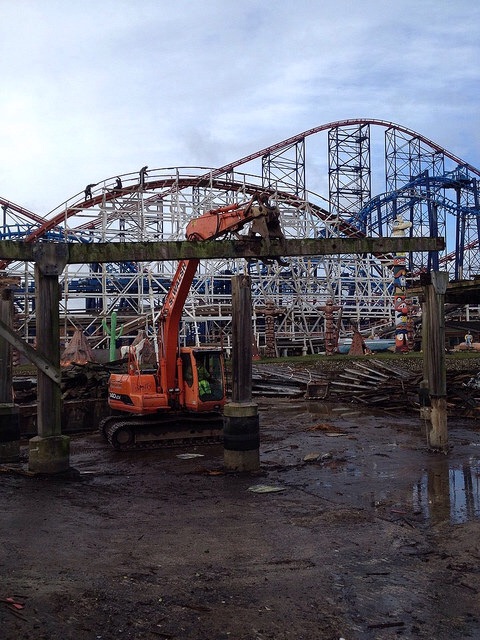 credit to Pleasure Beach Experience for finding these photos.
Top

Well at least we know this is gonna be of substantial size!

That will be standard winter maintenance

Ryan.B wrote:
And down comes the Tom Sawyer bridge

credit to Pleasure Beach Experience for finding these photos.

Why are they removing the bridge?
Top

Ryan.B wrote:
And down comes the Tom Sawyer bridge

Why are they removing the bridge?

Because the new coaster is going there.
Top

The latest Theme Park Worldwide Vlog shows that yellow markings have been placed in and around the cleared area around the old Tom Sawyer bridge. The main markings are following a straight line across the pit, could this suggest a launch section? If you want to see the markings for yourself they are shown at 4:21 of the following video https://www.youtube.com/watch?v=W3-NPzbrbUs
Top

I'm most likely going tomorrow or Sunday, if I do I'll check for more markings as I'm sure someone said there will be a few more this weekend.
Top

I've been on the Pleasure Beach today and taken some pictures of the Project 2017 site. As previously mentioned, the lines form a straight line and also, the labelling of 'track' has appeared So, Mandy has said that we have longer to wait than 2017 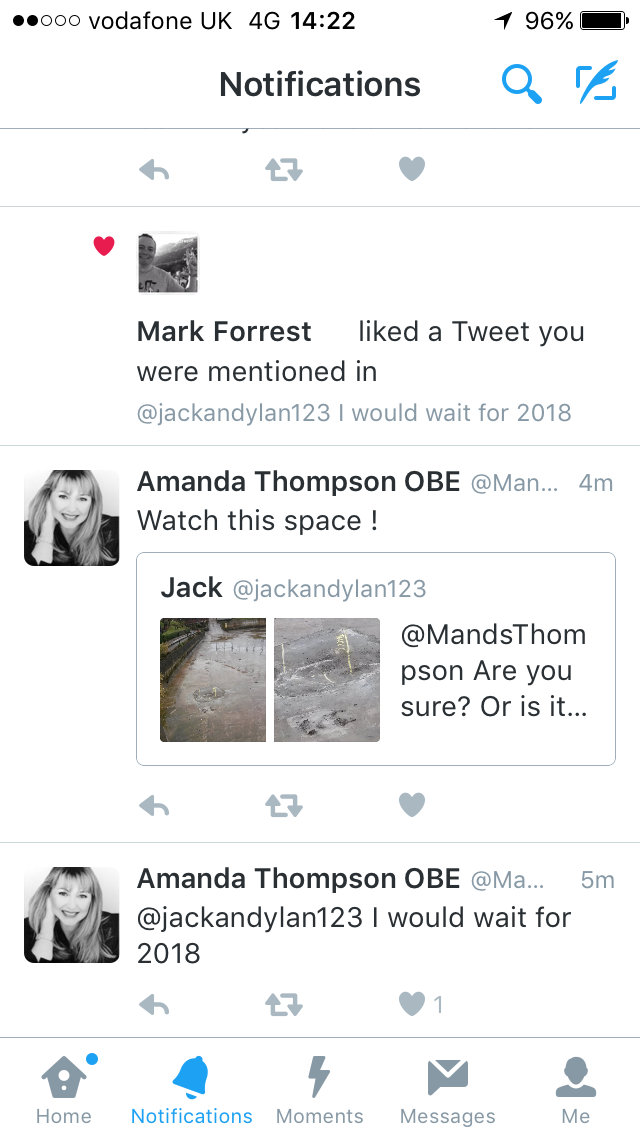 Wow! I think a topic rename may be in order!

Planning in early 2016 for a coaster in 2018 leads me to believe that this is going to be something really big. Can't wait to find out!
Burniel | Great at theme park knowledge, not so great at designing signatures.
Top

The rumours are a Mack launch, if this turns out to be true I'll be making a trip to Blackpool in 2018!

I hope it won't be another water feature

On park today and I have to say the new bridge from Coasters and under Avalanche looks really good. I like it a lot! Also have to say I've never seen the park this busy before but there is a school here on a trip 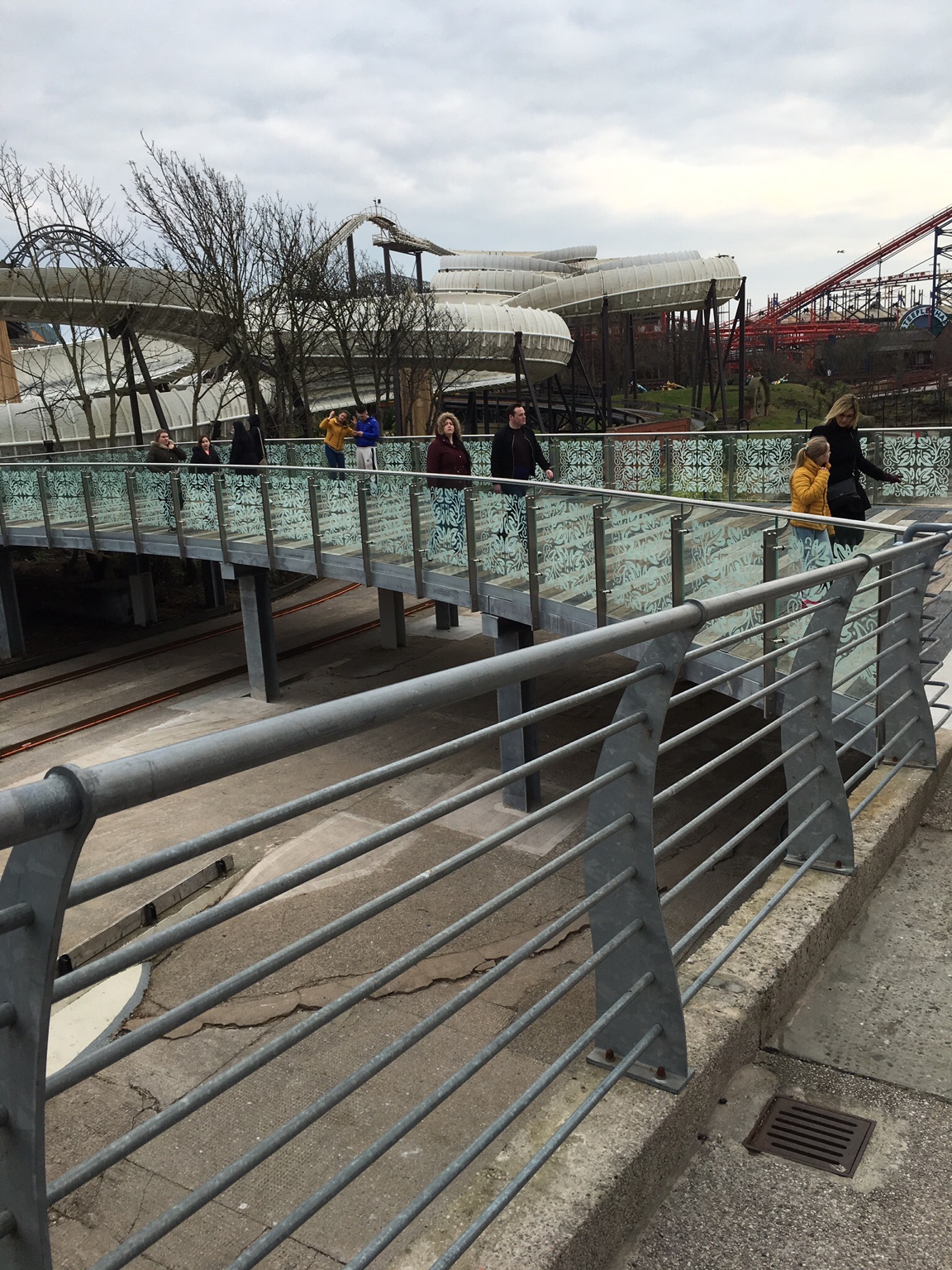 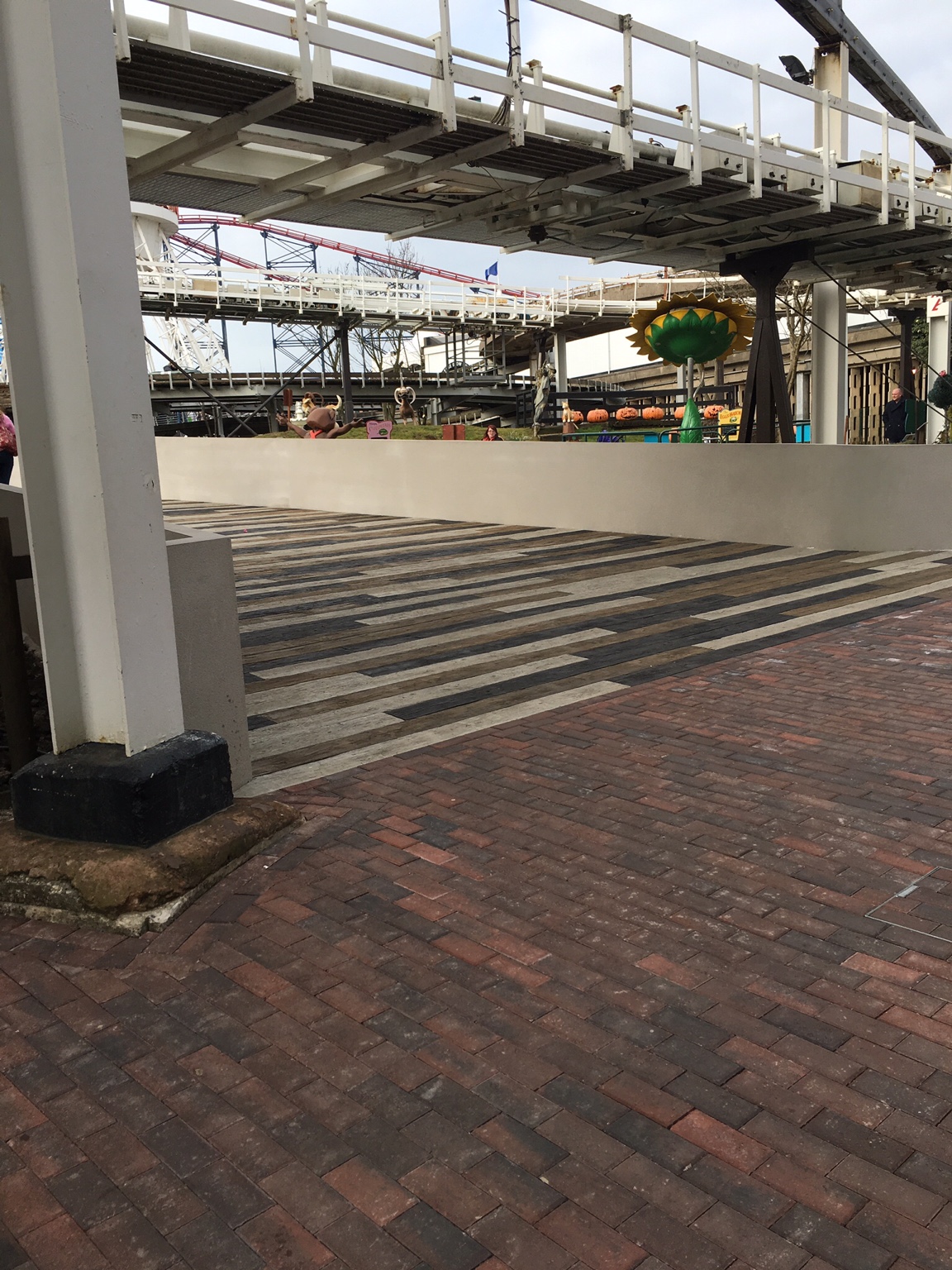 This interview with Amanda Thompson is very interesting, it confirms a new multi-million pound attraction will open in 2018.

Amanda Thompson wrote:
I am working with the heads of Disney, Universal Studios and Europa Park

Although its hard to tell if this is referring to new attractions or new shows, we must ask ourselves with Europa Park on board is MACK now very likely? I think so!

I believe that quote refers to her role as a board member with IAAPA, rather than her working with them for any new attractions. It would be perfectly normal for her to have regular conversations with the people mentioned in order for her to fulfill her IAPPA responsibilities:

There is very much a global influence on everything that happens at the Pleasure Beach, and Amanda is on the board of the International Association of Amusement Parks and Attractions (IAAPA), as well as chairman of the IAAPA European, Middle East and Africa committee.

She said: “I am working with the heads of Disney, Universal Studios and Europa Park and Blackpool Pleasure Beach is very highly regarded in the international world because of our history and because we are family owned. It is a sort of one-off that something has been in one family for such a long time.

Whilst Blackpool, like any other attraction, will be influenced by other parks from Europe and worldwide, it will very much want to maintain its own identity and history - something which the article makes quite clear.

We need to be careful with these kinds of articles as it is all too easy to read too much into things and see stuff which isn't there. Of course that's not to say that Blackpool aren't working with MACK, however there is nothing in there to confirm that for sure.

Perhaps most interesting is the confirmation that Pleasure Beach's new ride will open in 2018, meaning it will be in direct competition with SW8 at Alton Towers. I think we could have a very interesting year in 2018.

The majority of rumours are Mack megacoaster, and there is fairly solid evidence for that, I've also heard rumours the old monorail track will be taken down and the cables sorted out for this projects opening. Whatever it is (Mack Megacoaster hopefully), it will be good! Also Amanda went to ride Helix a year or two ago so that's a hint!
Top

Amanda has always spoken very highly of Mack.
SeaWorld has rescued over 35,000 animals in need![/i]
Top

According to the latest rumors sent to Screamscape, the project is a Mack made launched coaster that could feature two launch sections along the route, one needed to shoot the train up and over a large "top hat" element. Other rumored elements include inclined loops, interlocking corkscrews and high speed helix spins. More as we find out.
Top
Post Reply