DO NOT INSULT MY BABY!

SpinballEdders wrote:
^ That looks like a crap version of Euromir

I'm inclined to disagree, the ride in the video doesn't look, doesn't act and doesn't feel like Euro Mir in any way but yep, it does look rubbish.
Top

I don't ever recall seeing an extended Vekoma SLC quite like this one but correct me if they're all the same:

Just as an FYI you can embed your URLs Al.


It just makes things a little easier to distinguish.

I thought it was one of those dodgy Asian copies. That's really a Vekoma?

That's a rather large extension to the standard ride.

You get that with a lot of Chine's rides. In most cases that's not actually the real name because the true name is untranslatable due to the difference between Asian and European languages. Therefore the park simply haven't bothered and given it a different (and more descriptive) name in English.

Take the B&M Flyer that opened in 2011 as an example. When the name was first announced the people who translated It referred to the ride as Starry Night Ripper (what an awesome name). But when it opened all the signs refereed to it as Sky Scrapper. So why did the name change? Answer: it didn't. I've just entered part of the Chine's name through Google translate and the result I have received is stróic Star. In Irish stróic means to tear up (Why Google gave me it in Irish I have no idea). so now we have Star and to Rip. If we Assume the part of the Chine's text the RCDB missed out means night the full translation would be Star Night to Rip, or to put it more grammatically Starry Night Ripper.

So there you have it. You now know why Asian rides can have such bland names. And you thought this topic couldn't get any stranger

.Will wrote:
Just as an FYI you can embed your URLs Al.


It just makes things a little easier to distinguish.

I've actually been wanting to know how to do that for a while now but I've never got around to actually ask anyone! Thanks!

Nightfall, I hope that's the reason behind these appalling name choices!

Not as good as that mirrored Oblivion clone in Thailand.

I wonder if Europa got a Chinese person to name Wodan Timburcoaster. May as well call it Steely Metalcoaster

Blaze wrote:
Not as good as that mirrored Oblivion clone in Thailand.

Flying Submarine and Flying Heaven Boat are it's other names!

If anything I think that and Oblivion are worthy of the Strange Coaster title. I mean just look at it when not buried! It's so strange!

While on the subject of bizare names though, and still at Janfusun Fancyworld lets take a look at Insane Speed, or as it's fully known:

Not being underground does make the straight climb after the drop pointless, as well as the little dip after the turnaround

Hang on, if that's Insane Speeding Car, what's that recent S&S launch coaster in China called? The red one with a Blue Fire-ish turnaround?
Top

Flying Heaven Boat = best name for a dive machine EVER!

But, imo, it's not as good as Boogie Woogie Space Coaster!

Blaze wrote:
Hang on, if that's Insane Speeding Car, what's that recent S&S launch coaster in China called? The red one with a Blue Fire-ish turnaround?

My personal favourite contender for "dumbest name ever" is right here in the UK. I give you,

DiogoJ42 wrote:
My personal favourite contender for "dumbest name ever" is right here in the UK. I give you,

I feel ashamed to be British right now!

DiogoJ42 wrote:
My personal favourite contender for "dumbest name ever" is right here in the UK. I give you,

I've been on that.

A credit's a credit. We've all stooped that low at some point mate.

But I can vividly remember going on it and even then thinking "WTF sort of name is this".

Well I never knew this!

When Thorpe's Flying Fish was known as Space Station Zero, it was fitted with OTSRs!!!! 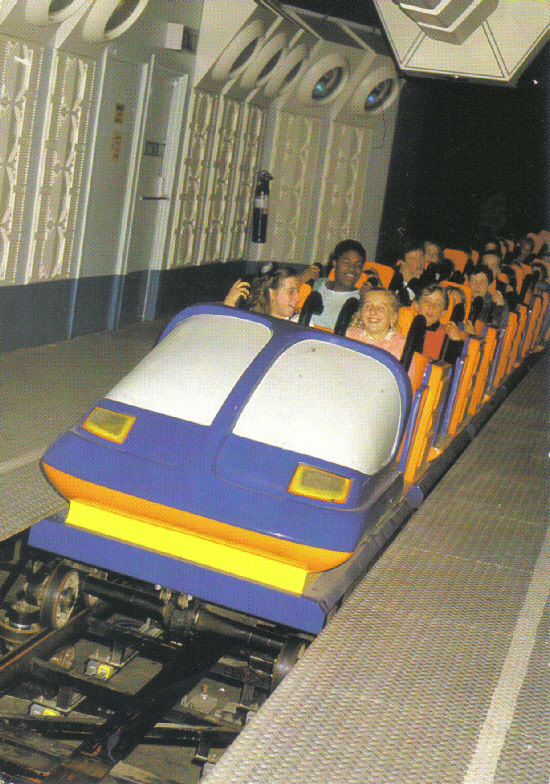 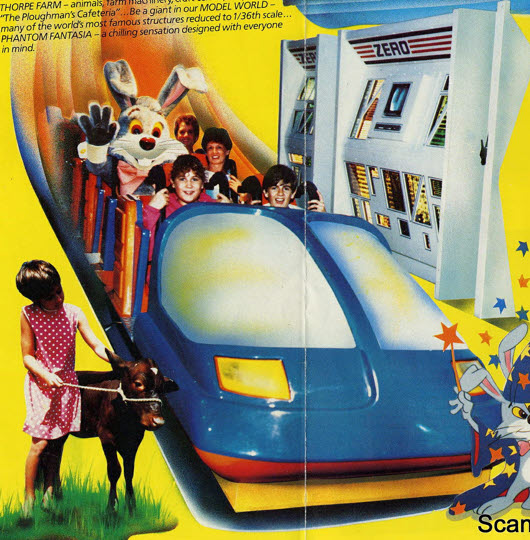