A few points that he makes:

- Everyone's talking about it (i.e. on forums/blogs)
- The ride is one of two in the world (pushing it, but he's right "literally" speaking)

What I like about it though is that this park know they've struck gold with this coaster, and I am really happy for them. It's quite a sensational story.

Going to make the Vekoma Hurricane look even poorer.
Top

"Sam." wrote:
The bit of track you see at 17 seconds in looks very tight, which bit of the layout is that from?

Looks like the top of the loop to me
Top

"AstroDan" wrote:
What I like about it though is that this park know they've struck gold with this coaster, and I am really happy for them. It's quite a sensational story.

I completely agree Dan, it's one hell of a brilliant story, such a small nice friendly park buy's the clone to what's known as one of the best invert's in the USA. I just hope they get rid of that gastly Pink/White scheme, and get something like their Vekoma, Orange track & Blue support, or the opposite way round!
Top

Apparently there was a naming poll, since removed, on Walygator's website. The choices were between "Le Night Coaster" and "Le Train Fantôme". The former apparently easily won, so presuming it wasn't just for fun this ride will now be Le Night Coaster (so I guess they need to get to work on repainting it from white and pink...).
Top

I agree with Dan. Couldn't they think up something better. Presumably it wouldn't really have a theme? The name seems to limit that.

I'm fairly sure there was a 3rd name I remember seeing it on TPR. It's a poor name but the park has spent a lot of money (for them) on buying the ride that I doubt there will be much of a budget for theming.

They got it for €13,000,000! which, in terms of the size of the ride + shipping, that really isn't much so I think that they got a really good deal there.
"The Marmalisation Process has been scientifically designed to ensure a sense of euphoria and satisfaction should be had by all... There are no, known, Long Term side effects to the Marmalisation process, however short term side effects may include: dizziness, vomiting, loss of balance, loss of limb control, feinting, wild hallucinations but most importantly Smiles!"
Top

The new name is "The Monster" 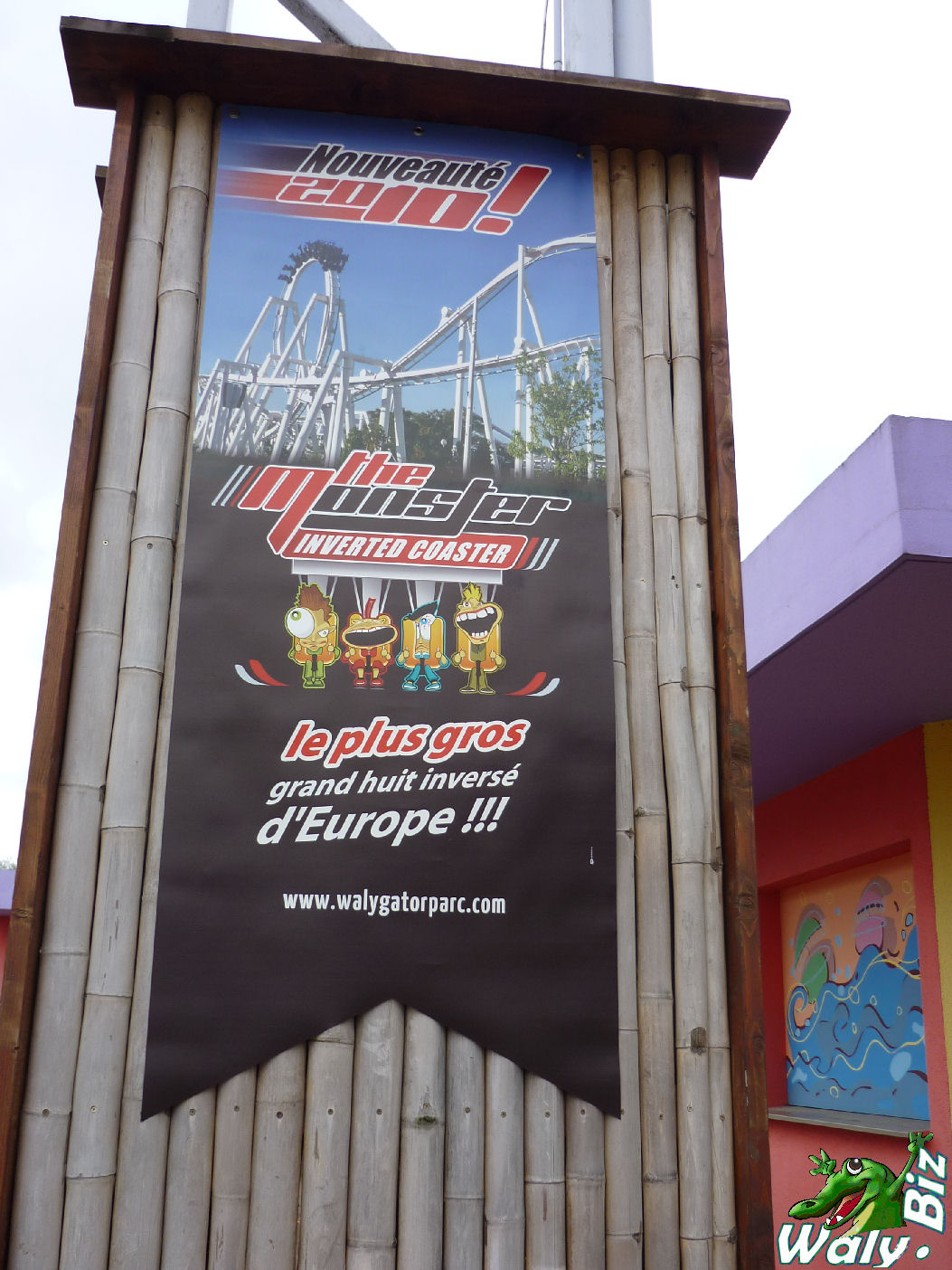 For the parks first major investment you'd think they'd let a grownup choose the name as oppose to 10 year old. "The Monster" is the most unimaginative name ever given to a ride.

It is - but it's in France. Not an English speaking country, so you can give them a bit of slack for it.

Yeah they could have called it something really stupid or dirty and they wouldn't know :P

L´inverted Baguette are the Best Name for this Coaster *g
In december i go to the Area from the Park and take Pictures for You from the Building. The Park is near my Home.
Top

Hi there! I intoduce myself, my name is Alexandre, I'm from France and I'm living in Lyon! So I have, like you I think, a great passion for theme parks and so I'm often checking news on the net about it! Well I see here that the coming of the next coaster in walygator is known and bring many questions. So I will try to give you answers ( at least answers to the questions I saw).
So, indeed, the coaster will be named "The monster" ( That is a shame for me to, the poorest name they could find...Wait...the "inverted baguette" is the worst I think lol. With that I'm aware of french reputation in UK ^^).
The coaster will be refresh with paint, the administration of the park has spoken about a black track and yellow supports, then the opening is planified for the 10th april 2010.
But be careful, we are following closely the evolution of the building and for now, the construction seems to be late, indeed we are in january and the only thing we have seen on the building site is some concrete foundations. So with the tests periods, many french parkfans are thinking about a delay of construction that can take some months. Perhaps, we can't juge precisely for now.
Anyway, the choice we had between the night coaster and ghost train is just canceled for now. But the direction of Walygator says that the vote will stay available for the next year so it appears that the night coaster will be build in 2011, and will be a wild mouse model. In facts, another coater model of Expoland has been sold and we have seen some pieces of it in the middle of the orochi's pieces. So we believe that the new attraction in 2011 will be an indoor Wild mouse from Mack Rides GmBh.
That all I see to say to you guys, so if you have any more question I could answer about the park, I will be happy to help you!
I hope my english is not too bad to be understandable
Top

I love "The Inverted Baguette" - what a brilliant name!

Here are some photos of the evolution on the construction site. As we can see there are some concrete foundations. But I wonder if it will be achieved on time, indeed there are 90 days remaining before opening...
Top

I bet that will be late. The weather cannot be helping. There is no way that will all be ready in less than 3 months in my view, not with testing and landscaping.
Top

Progress is certainly slow. Anyone like to hazard a guess at when this will be finished?