Disney land is the most famous place to visit in Orlando.Mostly the visitors come to visit the theme parks which are very amazing full of enjoyment and fun.It includes aquatic parks. children’s parks,ride-based amusement parks and much more the future of Disney parks will always be high.
Top

We actually enjoyed the WDS at Disneyland paris, especially the shows there (which were more the wife's cup of tea than rides). I also think the addition of the new Toy Story part will greatly enhance the park. My only gripe about the Studios is too much concrete, and not enough greenery yet (I guess over time the trees will grow a bit).

DLP is sorely lacking a waterpark now, though. A new hotel with a decent waterpark (a bit like Splash Landings for example) would be ideal at DLP. I wouldn't rush back to DLP for a while, but if they built that, I might be tempted to go back again.
I\'m not overweight, just under-tall!
Top

I think Las Vegas is the perfect place for a theme park - Maybe not a Diseny park due to their family image (Vegas is sin city after all).

Think about it Vegas has the money the visiters ect
Top

Actually... its in Disney's contract to build a 3rd gate in Paris, and they need to do so by 2017, aswell as the proposed (now confirmed) plans for more Hotels. However they've also made it clear that they'll be making Studios into a proper park (since its hard to spend a full day there...) with the likes of Toy Story Playland and the new Ratatouille dark ride being added. However they're still developing in the Magic Kingdoon too with the proting of "The Little Mermaid" when thats complete to paris and adding either a Splash Mountain (I can only hope...) or a Rapids Rae (who's name escapes me) to Frontierland as well as the Jungle River Cruise maybe getting erected in Adventureland (which is unlikely, though plans do show one was intended).

Although to answer the main point of the thread, Australia Disney isn't that impossible at all, since its so close to New ealand which only has Rainbows End and its quite near Indonesia so it could draw in custom quite easily, building it near Sidney would be a must aswell since its the first port of call for most tourists, a Disney would only lengthen their stay meaning good for Disney, good for Australia.
Top

Couldn't find anywhere else to post this but this topic seems suitable enough.

According to some sources, Disney has today announced that Tokyo Disneyland is to receive a third theme park at its resort. More information will be revealed in May 2018. One of the themes supposedly being considered for the new park is a Japanese theme, which would work in a similar way that California Adventure does at Disneyland Resort in California. Sources report that the cost of the new park is to be around $2.7 billion.

So, it turns out that Disney and the OLC (Oriental Land Company) were not looking to build a third theme park at all, but was talking about how they were preparing the next big expansion plans for the two existing parks. Just a bad translation.

The $2.7 million (¥300 billion) expansion cost for the Tokyo Disney Resort will include the expansion of the current theme park space by 30% when work begins in 2025. To help free up the needed land they will be converting one of their parking lots into a massive multi-level parking structure to reclaim land for future theme park expansion plans.

OLC is also apparently in negotiations with Disney to use other Disney owned IP in their parks for future projects, which I can only assume would mean they are interested in getting their own Star Wars: Galaxy's Edge, Pandora, Tron, as well as access to Marvel characters.

The last source I linked pretty much says just that, but I must admit, I was a little confused that there was differentiating reports, but knew that the articles must be referring to the same thing. I just chose to believe the wrong information!

Even though the news that the expansion land for a third park at Tokyo Disney was false, its now being reported by a leading Japanese newspaper, that Disney are actually planning on making a announcement around April/May about using the land for a new park called...

Weather this is complete rubbish or not, I guess we will see. 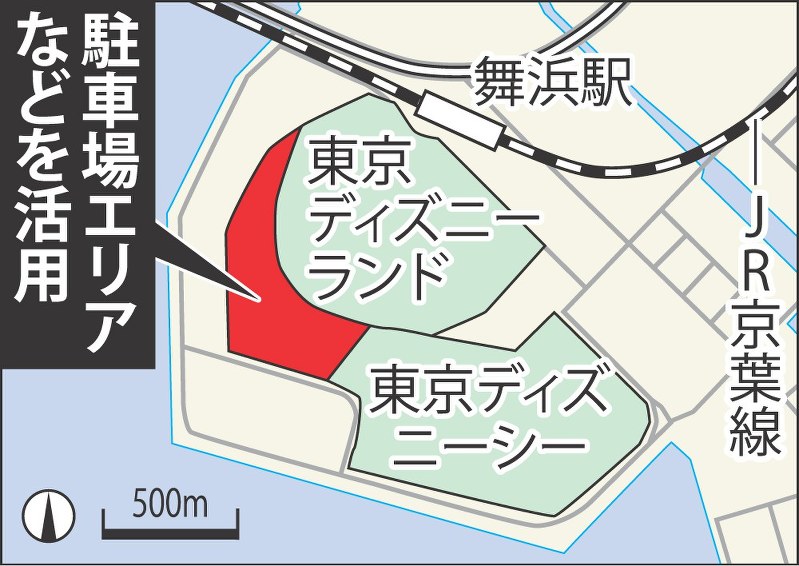 This is expected to be where we will see lands like Galaxy’s Edge and Pandora to come into play as well as other IP based lands, so as you can imagine some Disney fans are not too fond of the idea!

Is a Saudi Arabia Disneyland going to happen?


Disney CEO Bob Iger has admitted to discussing the possibility of building yet another Disney Resort, this time in Saudi Arabia.

Saudi is changing currently with a new vision, Vision 2030 is a plan to reduce Saudi Arabia’s dependence on oil, diversify its economy, sort out its human rights, and develop public service sectors, including recreation and tourism (they are currently building a Six Flags park). Amidst all of this massive reform, Iger met with Saudi Arabia’s Crown Prince Mohammed bin Salman last month. He then spoke with the Council on Foreign Affairs about the possibility of bringing Disney to Saudi Arabia.


“…he made an impassioned plea to me to consider building Disneyland in Saudi Arabia,” Iger said. “And I listened with curiosity and somewhat of an open mind. And I explained that when we make decisions like this, we consider cultural issues, economic issues, and political issues. And this was—and it’s—it may seem simple, but it’s far more complex. I ended up saying that I would visit and see for myself, but that in no way should be interpreted to mean we’re developing a park, but that I would listen—but I’m a fun—I often say to the senior executives of Disney, if you don’t go you can’t grow,” Iger said.

So yeah, I don't really know what to think about this. I do think the Middle East could be a possible future Disney location, but not in Saudi, not this soon. It would be a better fit in the UAE as they are better with tourists. But I guess we'll see.

Yeah.. I think the UAE would make much more sense at the moment. At the moment though, it seems nothing's been confirmed. I guess it's just Disney exploring lots of different expansion options now, and they want to hear from all the possible locations by talking to prominent people in those countries..

Users browsing this forum: No registered users and 129 guests
×