Transport of London saying it could be a tourist attraction...
Something tells me Nick Varney's phone has just rang

I think the government may have been scammed with a price like that... Poma are expensive but not that expensive! Those supports look like they cost a few million on there own, Forget the luxuries and just build us a transport system!

Being in London I'd imagine a fair old wedge would have gone on purchasing land to build on, and alike. Obviously there is also the architect aspect too. Those supports and stations won't have been cheap

It looks like both the stations have been built on in-filled land on the banks of the river. Since this is a government project, presumably they wouldn't have had to pay to use that land, since the river is public land anyway.

Someone on another forum speculated that they're very confident it will be open for the 'Lympics, but they're just saying it won't be so they don't get hounded by the media if they sod it up.

It looks pretty much finished, except the station interiors.
Top

Isn't the whole point of this that it is for the Olympics? FAIL.
Top

Well, I think that's the point, it wasn't (supposedly).

I'd like to think that they're just massively hedging their bets, as Sam says, to avoid a backlash if it isn't ready in time, but at the same time I can easily believe that it actually won't be ready in time. Won't that look great, though - one end at The O2, the other at ExCeL, both of which are Olympic venues, so both of which will have a building site right next to them just to rub in the fact that it wasn't quite ready on time.

It is surprising that it has cost so much - "the most expensive of it's kind in the world". Wow.
Top

They are trying to pull a Scotty, eh? 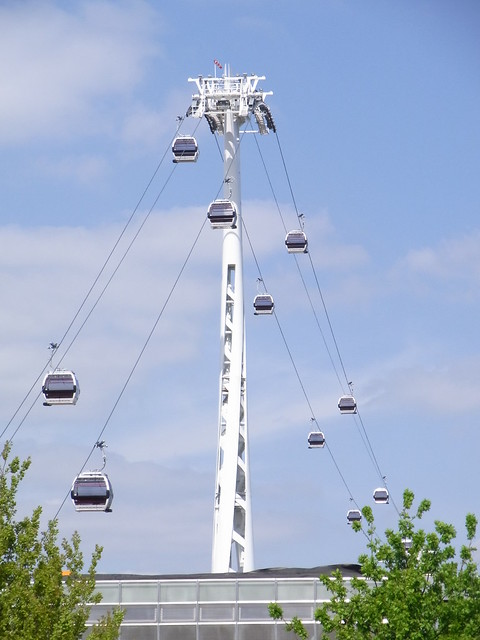 It's interesting to note that on the latest version of the underground map (dated June), the Emirates Airline is no longer depicted as being 'under construction', suggesting that it may open soon...
Top

Just to add my little bit!

I visited the O2 for the first time a week or so again, and was quite excited to see this new 'attraction' in place! It wasn't running, those videos look fantastic, and I am very much looking forward to giving it a go (provided it doesn't cost the earth). Being built in a part of London I have never explored, it shall be an experience!

It will be opening next Thursday (28th of june).