"Rob" wrote:
And people complain about Merlin's prices! All I have to say is ouch! I know it is Disney but still that is a hell of a lot of money!

Yeah but LegoLand is about £41.40! So at Disney you can pay an extra 20% or so for a park that I'd say is at LEAST ten times the quality! I don't think it's that bad value, considering the sheer quality of Disney parks and the cost of their rides to build...

I find it a bit weird how the California parks are a fiver cheaper though. I guess they attract a higher percentage of locals than WDW (in fact pretty much all DLR's customers must be American, as the Japanese would just go to TDL. Oh and maybe a few wealthy Mexicans as well). But I thought Disneyland Park at DLR was vastly better than any of the WDW parks, and I'd have thought that would have had a price premium!

by Chris W
The 14 day UK Disney ticket offers fantastic value, it only costs around £16 per day.

Based on the cost of theme park tickets in the UK, Disney offer a much superior experience for not that much extra. So although they are expensive the ticket prices are pretty much inline with other theme parks.

by Sam
Big Thunder Mountain will be down for nearly half a year, apparently for a major upgrade to the track system. Bit confused here, as this one is already the standard Vekoma model, compared to the Anaheim BTM which is homemade!

"Screamscape" wrote:
Park News - (10/11/11) Screamscape sources tell us that the plan for the Big Thunder Rehab is to perform an extensive rebuild / rehab to the ride’s track system. It is also expected to only be closed through to May 12, allowing for a few weeks of extra padding if needed between then and Memorial Day Weekend.

Test Track may be down for nearly half a year starting around April for a major retheme. Personally I'm really worried about this, as this ride is a personal favourite and it seems from the following rumours that they are going to get rid of everything that makes this ride fun and quirky and special.

"Screamscape" wrote:
Fall 2012 - Test Track Update - Rumor - (10/11/11) The latest buzz around the internet today claims that Disney is planning a four to five month long closure of Test Track starting in April 2012 which will see it close for the entire summer season of 2012, reopening sometime in September. According to the various rumors, this may tie into those new metallic blue car bodies that have been showing up on the attraction, as Disney and GM may have come to a new sponsorship agreement that will see the theme of the ride updated. According to some rumors, the entire gritty “Test Lab” theme may be dumped in favor of a new more slick presentation showing off the ‘design’ and ‘innovation’ side of GM’s cars, with focus not only on the cars themselves, but the high-tech gadgets going inside. (So can we use OnStar from the Epcot parking lot to get front of line access passes now?) More as it leaks out.

by NeilHD
5 months closure of TestTrak? Sounds like pretty standard downtime for that ride :lol:

by themealgang
Personally, I think Test track is overrated. I was very disappointed when I rode it, so it's sort of quite good news for me that they are refurbishing it, but I would of preferred Disney to go and splash the budget used for this project on a coaster for Epcot that it so desperately deserves.

"themealgang" wrote:
Personally, I think Test track is overrated. I was very disappointed when I rode it, so it's sort of quite good news for me that they are refurbishing it, but I would of preferred Disney to go and splash the budget used for this project on a coaster for Epcot that it so desperately deserves.

TestTrack is great! One of my favourites. And I don't think they should put a coaster in Epcot - it just wouldn't fit the theme of the park. IMHO.

"NeilHD"&quot;][quote=&quot;"themealgang" wrote:
Personally, I think Test track is overrated. I was very disappointed when I rode it, so it's sort of quite good news for me that they are refurbishing it, but I would of preferred Disney to go and splash the budget used for this project on a coaster for Epcot that it so desperately deserves.

TestTrack is great! One of my favourites. And I don't think they should put a coaster in Epcot - it just wouldn't fit the theme of the park. IMHO.[/quote]

Epcot is a beautiful place, but for me it just lacks that extra something that the other Disney parks have. Maybe a coaster would make it complete, but I can see your point that you think a coaster might spoil the theme of the park.

by Rowe
Snow White's Scary Adventures is officially closing today after 40 years of service (1 October 1971 - 31 May 2012). It was said to be the scariest of the versions across the multiple Disney resorts but was redesigned in 1994 to be far more similar to the original Disneyland version.
Inside the Magic's POV Tribute

Whilst this looks to be stupid move by Disney in terms of removing one of their (probably) most popular family attractions for the Princess Fairytale Hall meet 'n' greet, they will be spiritually upgrading Walt Disney's folly production to the long awaited mine cart rollercoaster in the New Fantasyland.

Let's take a look at the new concept and slight construction work on the New Fantasyland now! All of these photos come from the presentation at Disney Coronado Springs Resort with the slated openings:

They have a new hotel opening too by the name of Disney's Art of Animation!

'Ricky Brigante' wrote:
... may technically be called a “value” hotel at Walt Disney World, but its exceptional design is closer to that of one of Disney’s deluxe accommodations. By telling the story of animation in stages, from sketches to the final close-up of finished art, this hotel presents guests with an experience that never lacks in originality or character. 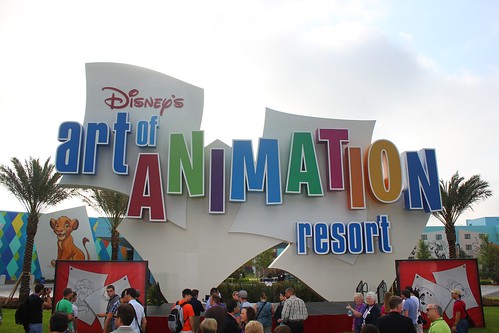 http://disneyworld.disney.go.com wrote:
With 1,120 suites designed after Finding Nemo, Cars and The Lion King, and 864 rooms inspired by The Little Mermaid, you'll feel like you're staying in the middle of a Disney story with all of your favorite characters. Family suites are scheduled to open in May 2012 and standard rooms are scheduled to open September 2012.


There is also a lot more I haven't covered here but just to kick start the topic!

by Pennywise
It's great to finally have an individual thread dedicated to Walt Disney World discussion!

Just thought I'd provide links to some of the more relevant old threads which were flying about, so that their information won't be neglected in spite of this new 'ultrathread' of sorts, and obviously discussions from them can easily be continued here.
Test Track Refurbishment
Rejected Avatar Plans
Fantasy Land Expansion

Lucky the uk visitors get good prices before we leave the Airport.

I found this out as well

by NastyPasty
I'm praying that with the whole Avatar-land mess they'll build a Lion King style area in Magic Kingdom. 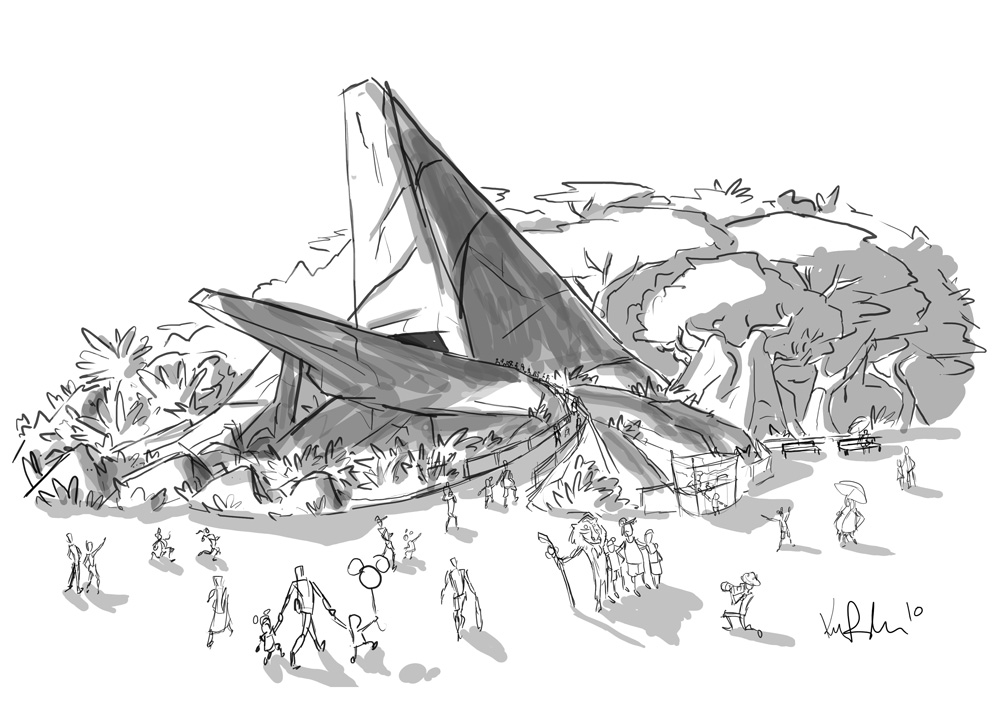 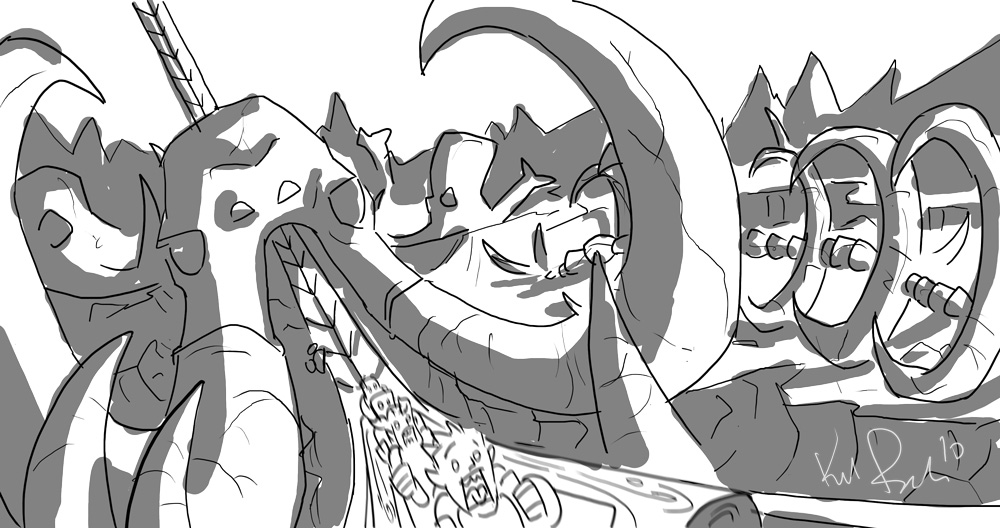 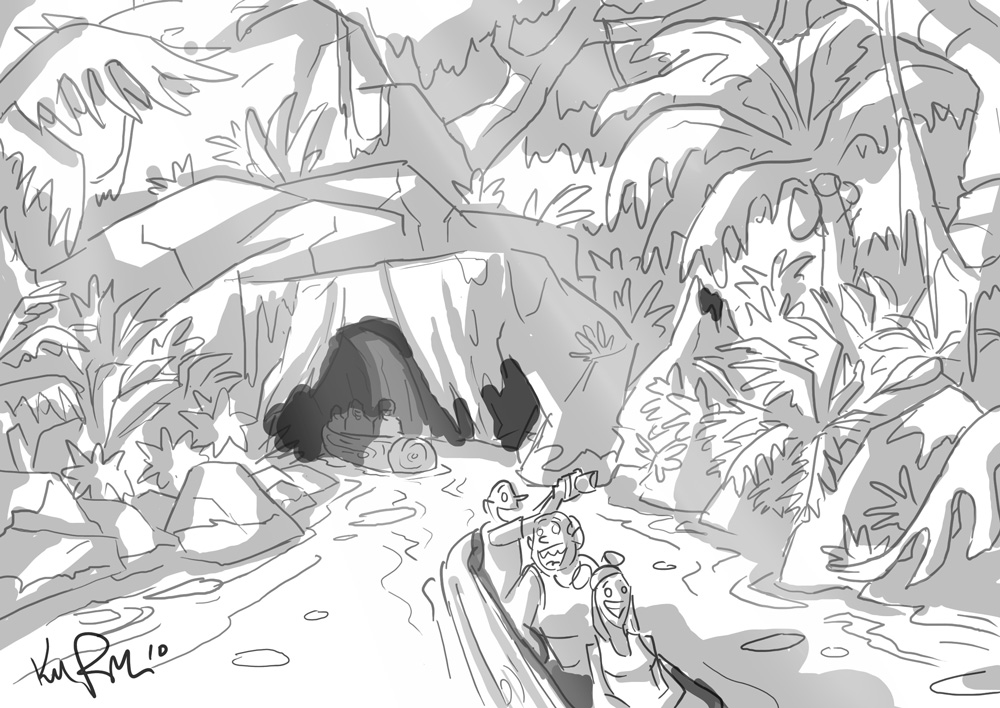 The Lion King is a great movie and could be conveyed into a water or dark ride so well. I'm hoping that they'll build something like the above in years to come; it just screams Magic Kingdom's Splash Mountain.

Sorry if it's not related, by the way, I've just been waiting for a chance to show my Lion King love

by ponder
I'd have thought that anything Lion King related would make far more sense at Animal Kingdom? You have Festival of the Lion King there, and the characters feature quite heavily in the park's parade. Plus that whole 'Camp Minnie Mickie' area where the FotLK theatre is appears to be quite large but with little in the way of actual attractions, much like the whole park, tbh

ponder wrote:
I'd have thought that anything Lion King related would make far more sense at Animal Kingdom?

That's what I meant, sorry.

There are just too many American parks to get my head round. They're all either Six Flags this, Busch Gardens that, Disney this or Universal that - with SeaWorld etc. thrown in for good measure. Sorry to be confusing.

by ponder
Hehe, that's cool, and essentially I agree with you.

The general African/Asian feel of Animal Kingdom would absolutely suit a bigger focus on Lion King. It almost seems tailor made for it!

By the way, do check out Theme Park Tourist: the site I nabbed all these articles from. They're brilliant!!!!

The whole Avater Land is expected to open in about 2016. However, information is limited and I think the only way they are building it is because Cameron wants to make the movie (and the upcoming sequels) mega size! Oh and make money!

The Seven Dwarves (Snow White) mine train is the last stage of the Fantasty Land expansion and will be opened at the (slightly) delayed date of 2014. The Captain Jack Sparrow Walkthrough is expected to be open by Summer/Autumn time although, once again, info is limited at the moment. Sad to see Snow White leave the park. When I was younger, I got scared silly on the Paris version! Bleeding crocodiles!

by Robert.W
Disney's Riviera Resort rises from the ground!

Photos by WDWNT show progress on the construction of Disney's new Riviera Resort Hotel, which is located near the Caribbean Beach Resort and is set to open to guests in 2019!

by Dungeon-X-Smile
Disney has launched it's Play Disney Parks, which is an AR app that seems to be eerily similar to Battle for Cedar Point. It's an AR app that's dedicated to entertaining guests in queues, sharing trivia and unlocking playlists. I'm intrigued by this because as a concept, it has so many different possibilities. It will be very interesting to see how Disney use this concept.

by abigsmurf
Anything that keeps kids entertained and not thinking about their bladder in long queues is good. Hope they try hard to make it social though, as much as non-bored kids in the queue is a good thing, a lot of parents won't want kids glued to a mobile in the queue.

The Soarin quiz did it well

by Owen
So WDWNT have revealed what sources claim to be the pricing for the new Star Wars Hotel.

The hotel will act more line a cruise where all food, select drinks and entertainment will be provided and will mean that a minimum of 2 nights are booked by ‘passengers’.


Not sure I really need to add to that. Then again who am I to think these prices are quite frankly disgusting, they apparently give you a themed set of pyjamas!!!

by Torsie24
Saw that pricing on a Disney group yestreday.

Thing is - you can kind of excuse pricing that high (which it isn't) when you're on a huge ship that needs to be kept afloat and are visiting ports etc.

But to stay in one place in FL it's just pure greed.

I have no doubt it's going to require a lot of cast members, and going to be incredibly and completely immersive, but surely that is still some insane profit margin. And to make it exclusive and desirable.

Of course WDW has always been a location for people who are reasonably wealthy, but now they're creating an experience just for the rich.
All times are UTC+01:00
Page 8 of 9
Powered by phpBB® Forum Software © phpBB Limited
https://www.phpbb.com/