It's not exactly the worlds most exciting news of the world...It really is just someone's no limits idea put into real life...shame, but oh well...At least they still made a big thing about this new ride...Look at our UK parks, they never even get mentioned until one week before opening! LOL
Top

RCandrew wrote:
I love the look and they restraints I find very comfortable:)

I've been on the swarm and find them very comfy
Top

They fooled us! I was dragged in and almost convinced they were going to unveil a WingRider! That Bat leak was convincing. I think The Banshee concept is interesting to say the least and is demonstrating how far B&M are actually going with innovating their current catalogue. What does strike me is the new restraints. The Swarm's are very comfortable indeed, but I've never had a problem with the traditional B&M restraints- always thought they were designed to perfection. Wondering if they are going to go for this new 'look' for all of their coasters from now on....

It's sure a very exciting time for B&M!

RCandrew wrote:
I love the look and they restraints I find very comfortable:)

You've clearly never been on gatekeeper

What's wrong with that then?

Okay so the first sections of track have arrived, and there is an 'exciting' video of that here.

Also Kings Island have a construction gallery on their Facebook page here, which is where the following photos are from.

A great video of some fencing being lowered in...

Lift hill supports are going up, with the image taken from Kings Island's twitter... 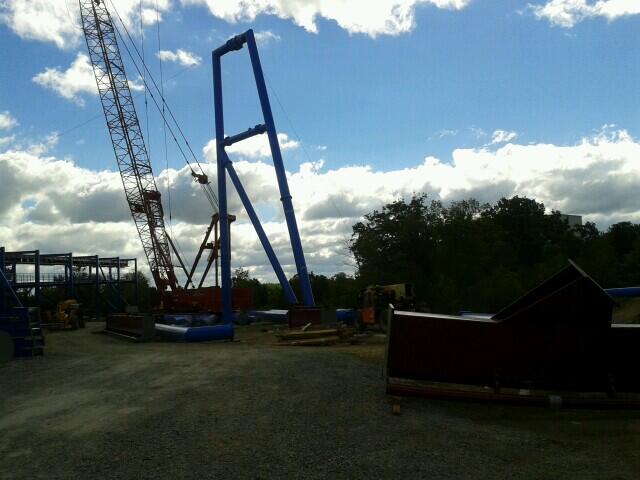 Kings Island have reported on twitter that more track has arrived. This photo which accompanied the tweet, looks like it's of the section of track for the top of the lift hill. 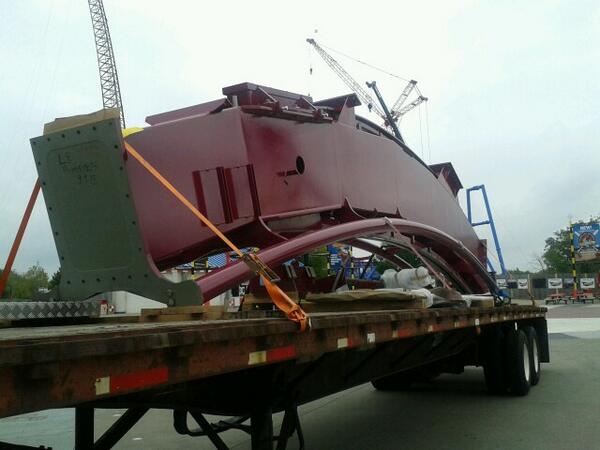 Okay, the first parts of the lift hill are now up, with this image from KI's twitter... 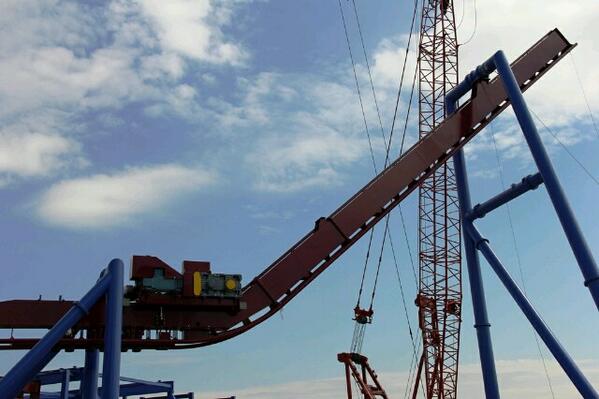 (P.S. I see you merged all my posts before, but now it looks like there hasn't been any activity for almost a month so it would be nice of you could just leave this as a new post...)

Too steep for my liking

Another lift hill support is up, as well as the supports for the base of the first drop before the dive loop. All this can be seen in this screenshot of the 'Live Cam'...

More lift track is up! 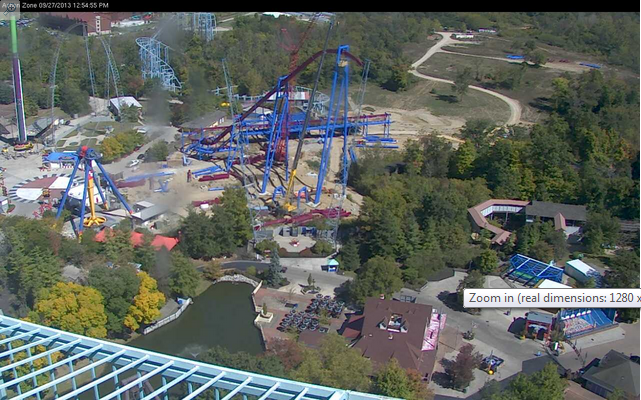 More of the first drop, accompanied with another support, has been added, as well as the square supports for the steps...

EDIT: Today they have gone on to add more track of the first drop!

Please excuse my double post, but more construction has taken place, with more of the first drop now complete.

Okay, even if the rest of this thing sucks, at least that drop looks awesome. <3

Shame about the lack of Katun-esque profile though... ):
Top

A closer look at the drop, from KI's twitter...

I just wish it had a pre-drop, It looks like some weird Invert without a pre-drop...

Liking the angles on that drop

Well nothing really major has been going on, but here's a screenshot of the Live view of the ride. You can see that they have installed all the lift's stairs, as well as one of the supports for the exit of the dive loop.