Finally see #WhatsInTheShed and its kinda underwhelming but looks a good coaster though.
Formerly known under username Andy Mc
Top

IMAscore has finally gone to America!
The fanstasic folks over at IMA have made the soundtrack to Mystic Timbers!

That soundtrack is very Derren Browns Ghost Train, although I like the way it sounds I do wish they'd made something a lot more unique for Mystic Timbers, as it's definitely a ride that deserves it

With their Halloween Haunt season in full swing, one area of theming has drawn a little bit more attention at Kings Island.

The Kings Island Haunt graveyard has a freshly dug grave, with a sign indicating that a major ride will be departing at the end of the season. The date on the sign matches what will be the park's final day of main operation in 2018 - 28th October. 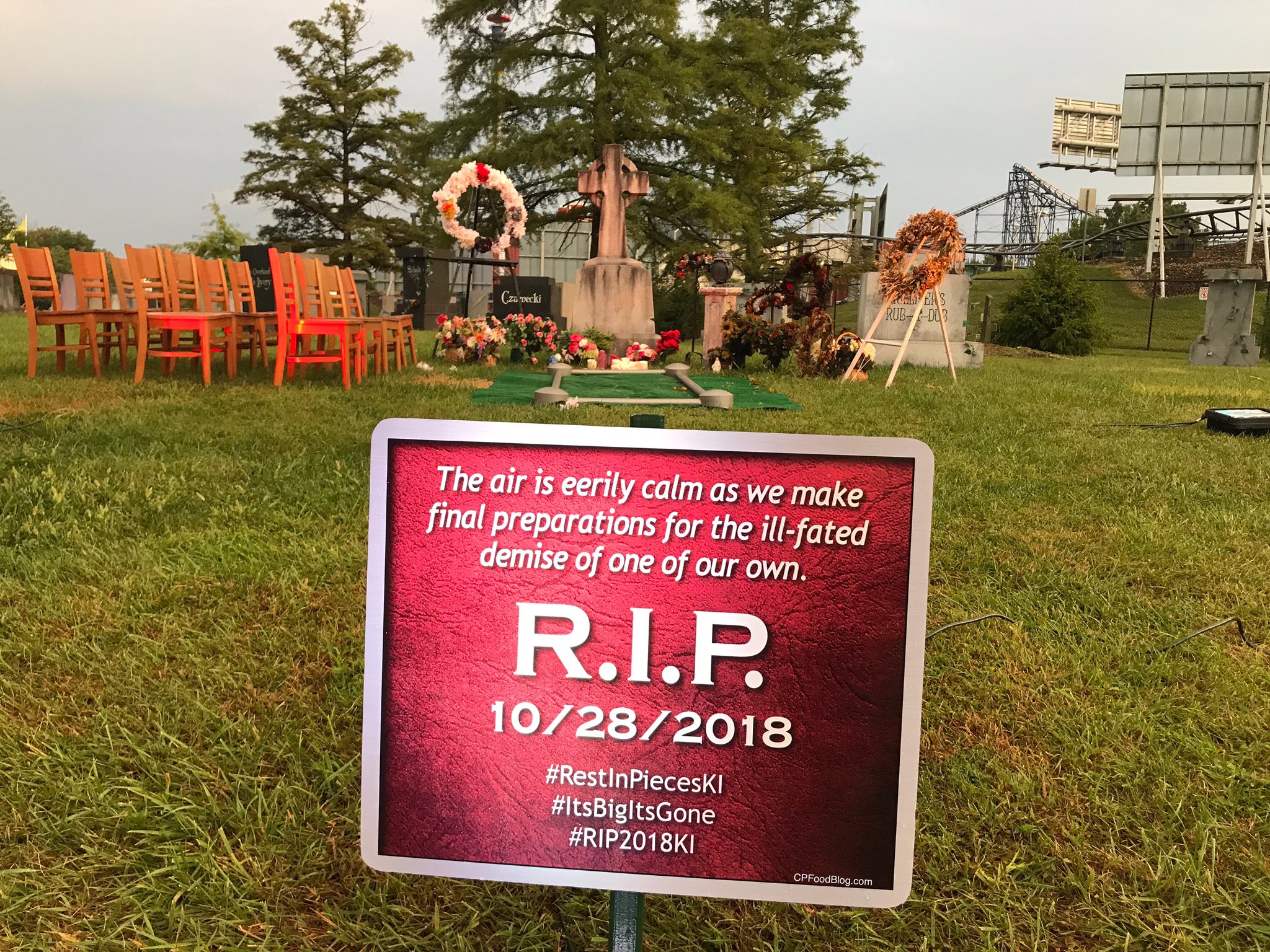 Adding to the speculation, Kings Island's Twitter account has confirmed that the departing ride will be one of their 16 rollercoasters, with precisely which on being confirmed later this week.

This has fuelled the rumours that Kings Island will be getting at least a hyper coaster (if not a giga coaster) for the 2020 season. As to which ride will be departing, there seems to be a fair few people hoping it will be either Vortex or Firehawk (both are painful to ride so wouldn't be terribly missed), although if it was to be either of these which went I'm not sure if a hyper or giga would fit in the vacated space (however I could be wrong). The other thought that did cross my mind was that if Invertigo was to be the coaster to go, that would potentially open up the possibility to do something similar to what Carowinds did with Fury with a hyper/giga coaster being built as part of a larger project to re-model the park entrance (but I could easily be very wide of the mark there).

It will be interesting to see later this week when the park confirm which coaster is going.

The coaster closing will be Firehawk, their Vekoma Flying Dutchman
I can see why the beornen worship Wicker Man
Top

Pretty much as expected from the rumours then.

Firehawk was pretty uncomfortable when I rode it in July (although arguably slightly better than Nighthawk at Carowinds). Plus its throughput was very poor, even with the dual station loading so that no doubt had an influence over the decision for it to go. As much as it wasn't the most enjoyable coaster, given it's imminent departure I am glad I did it now.

That now leaves a fairly sizeable area for development as, although Firehawk itself isn't located in a huge amount of space, it is next door to the former Dinosaurs Alive attraction and, when you put the two areas together, that leaves a decent amoun of space to develop. I believe that there have been permits of some form filed listing B&M as a supplier, with current speculation suggesting a hyper or giga coaster, although with Canada's Wonderland getting a dive coaster next year, it is possible that Kings Island might also get a dive coaster for 2020.

With construction on Kings Island's giga coaster well underway, the trains for Orion have been revealed at IAAPA by B&M earlier today. 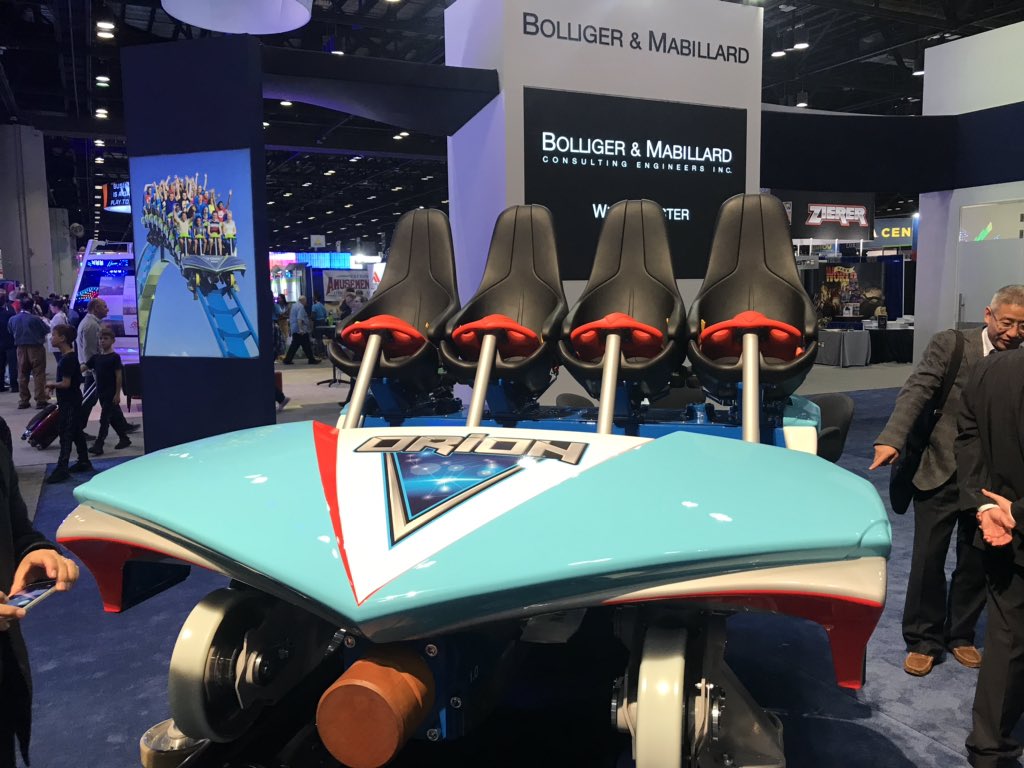 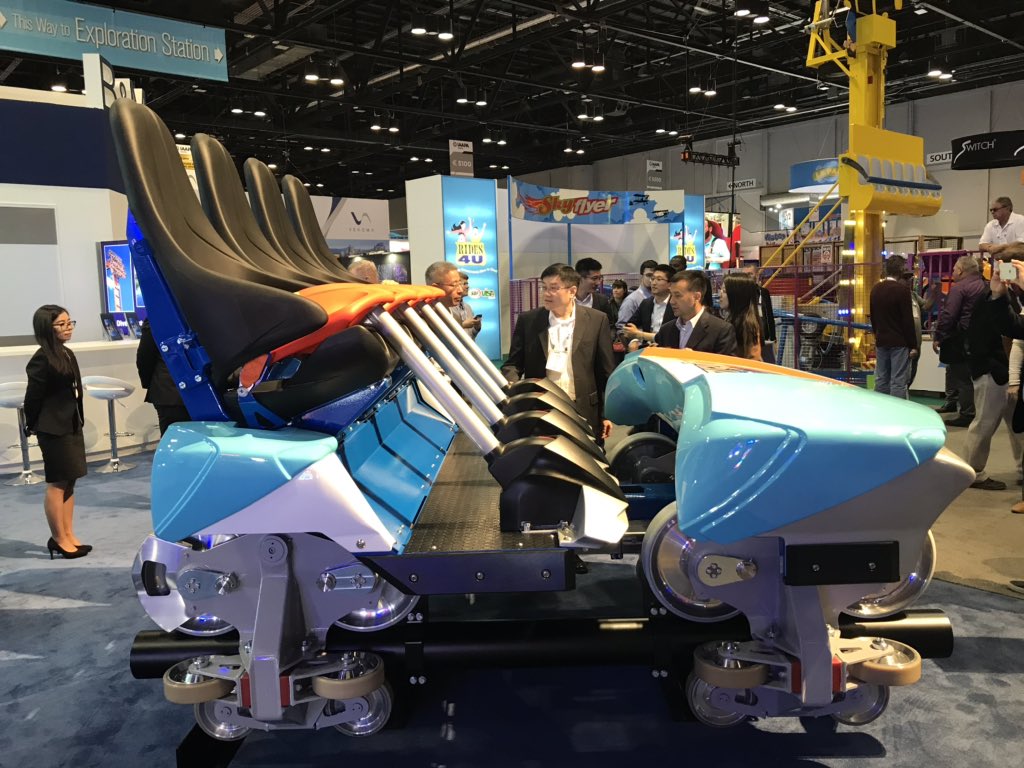 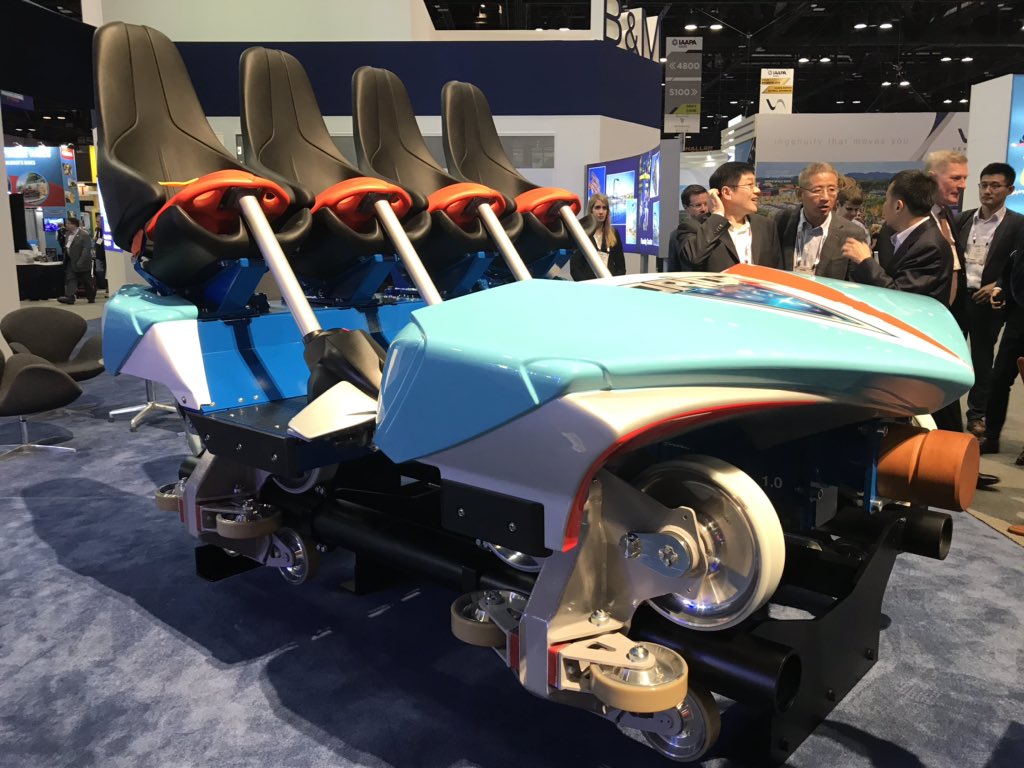 The overall train design is fairly standard now for a B&M giga coaster. I'm not quite sure what to make of the colour scheme on this one, but I think it is a case of waiting until it's on the track to see how it looks overall.