More information has been announced about Pandora - The World of Avatar. Firstly, Disneyhave released concept art of the entry bridge into the world, and this is what they had to say..

Disney wrote:
This bridge was built during a time when a destructive company called the RDA - Resources Development Administration came to Pandora. Now that they are long gone, nature is breaking down evidence of their presence. This bridge will soon serve as an entry into the base camp of Alpha Centauri Expeditions, the eco-tour group that will host explorers on their Pandora adventure.

They also offered more information about the area's main eating destination, Satu'li Canteen, which will include Na'vi inspired food and have Na'vi art and items on display and for purchase.

They also shared concept art about a drinks area known as Poungu Pongu.

Finally they release additional concept art of the area. 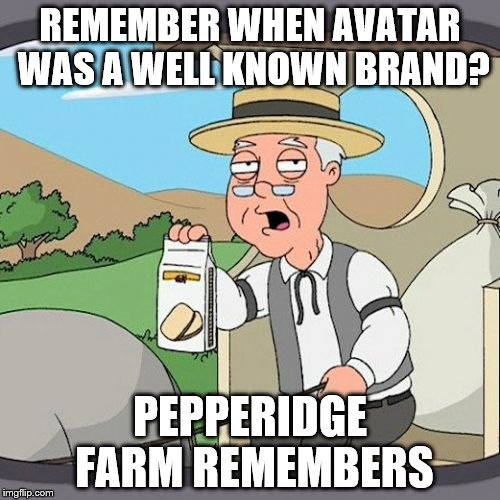 Disney released a new behind the scenes video for Avatar yesterday, which features footage from within the land including inside both of the area's attractions.

Could see the floating rocks under in scaffolding when I went, looks like it could be quite impressive when its finished (given how impressive Diagon Alley is at Universal, Disney need to pull out the stops with the theming).

Hopefully the new rides will ease up the queue times a bit which heavily concentrate on Dinosaur, Expedition Everest and the Safari but I can see the park having crowding issues with the narrow paths.

Intrigued to know how they're going to tweak the Soarin to make it less of a gentle ride without terrifying some unsuspecting riders. You see lots of people riding soarin for the first time have really uneasy reactions when they realize they're going to be high up with legs dangling. If it actually drops in the Avatar ride I can quite a few having a really bad time.
Top

In regards to the above, the ride is expected to be in 3D and you are straddled on the back of a "breathing" Banshee. This is expected to be done using air bags that softly inflate and deflate during the ride. (Personally I think that sounds rather creepy!).

In other news, a colourised site plan for Pandora has surfaced online and it seems like a very odd layout of the area indeed. With all major attractions and retail being along the back of the area possibly causing some crowding issues with that section of the area. Pandora allegedly has a media day lined up for May, however with Flight of Passage apparently still having to have an entire theatre to complete and Na'vi River Adventure said to be having major issues (to the point when James Cameron 'experienced' the attraction the boat had to be physically pushed in order for it to move) people are becoming concerned if it will make its early summer debut.

I go out there on 4th June, so I'm well happy with that announcement. Wasn't expecting it to open until July-ish.
Top

Whilst not confirmed officially Rivers of Light seems to have finally premiered, with a drastically shorter show. The show has been cut by 11 minutes, however this seems to be due to these sections being tedious. That being said, the show has already been deemed as "a flop" by many with most comments being negative. Many expressing disappointment and how they felt the show was boring. One has to wonder was this even worth while after it was delayed?

This aside, here's a video of the show to give some idea of what its like!


Some of the bioluminescence features have also been testing shown in this tweet, however personally I feel it looks slightly overpowering, however this is currently in it's testing stage and I expect this will look fantastic!

More bad news for Rivers of Light. The show completely stopped yesterday having a long reset period, what made this more painful was a vast amount of people felt the show wasn't good enough to stay around for and decided to leave before watching the final half of the show.

At this point we need to ask ourselves, should Disney give up on the show?

They should shut it for a whole year. Improve the good bits, get rid of the bad bits and put in good bits , improve technology and completely revamp it in time for summer '18. But they should never ever give up entirely.
Airtime Machine, Shambhala!
Top

Another glimpse of what to expect from Pandora - The World of Avatar has been released today in the form of a short video which takes a look inside the Na’vi River Journey. It's not much, but if the finished ride is all like the ever so brief part we see in the video it looks to be a very impressive part of the new area.

Disney have released the first in a series of videos that will provide an insight into the conceptualisation and creation of Pandora - The World of Avatar. This video features some footage of the floating mountains and a brief look at the bio-luminescent wildlife!

When it comes to this project, I think I'm most excited to see how well they recreate Pandora, especially when it comes to the bio-luminescent technology, which should make this an incredibly unique and potentially breath-taking theme park area.

A short clip (although somewhat extended from what's been shown in trailers) has been posted on the Visit Pandora Twitter account of the Na'vi River Journey and it does look pretty nice. If the screens are integrated as well as they are in Shanghai's Pirates of the Caribbean attraction then it has the potential to be impressive.

Some pretty epic photos of Pandora - The World of Avatar from this Bloomberg article (which is actually mainly about Disney's competition with Universal for those interested). 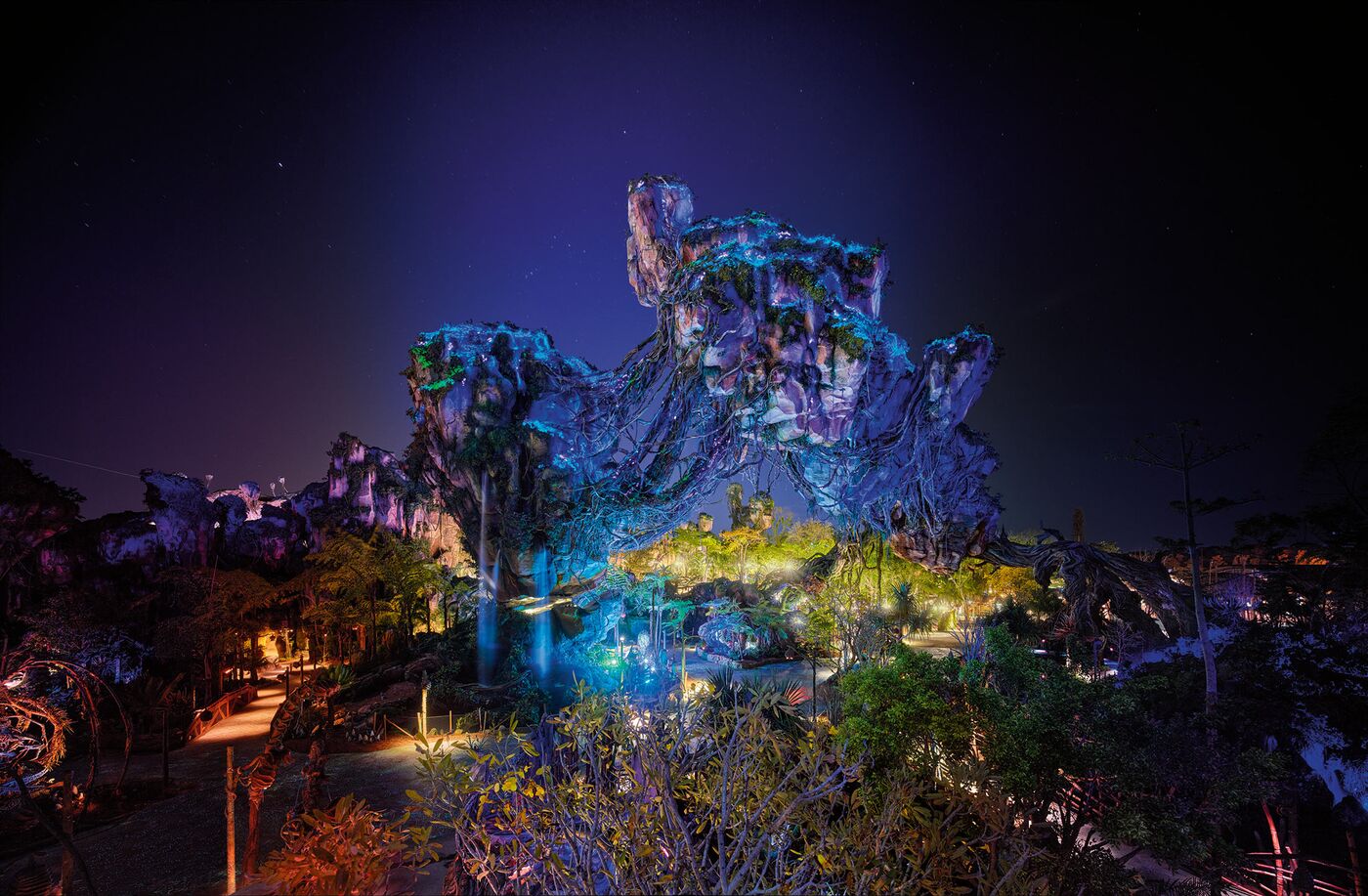 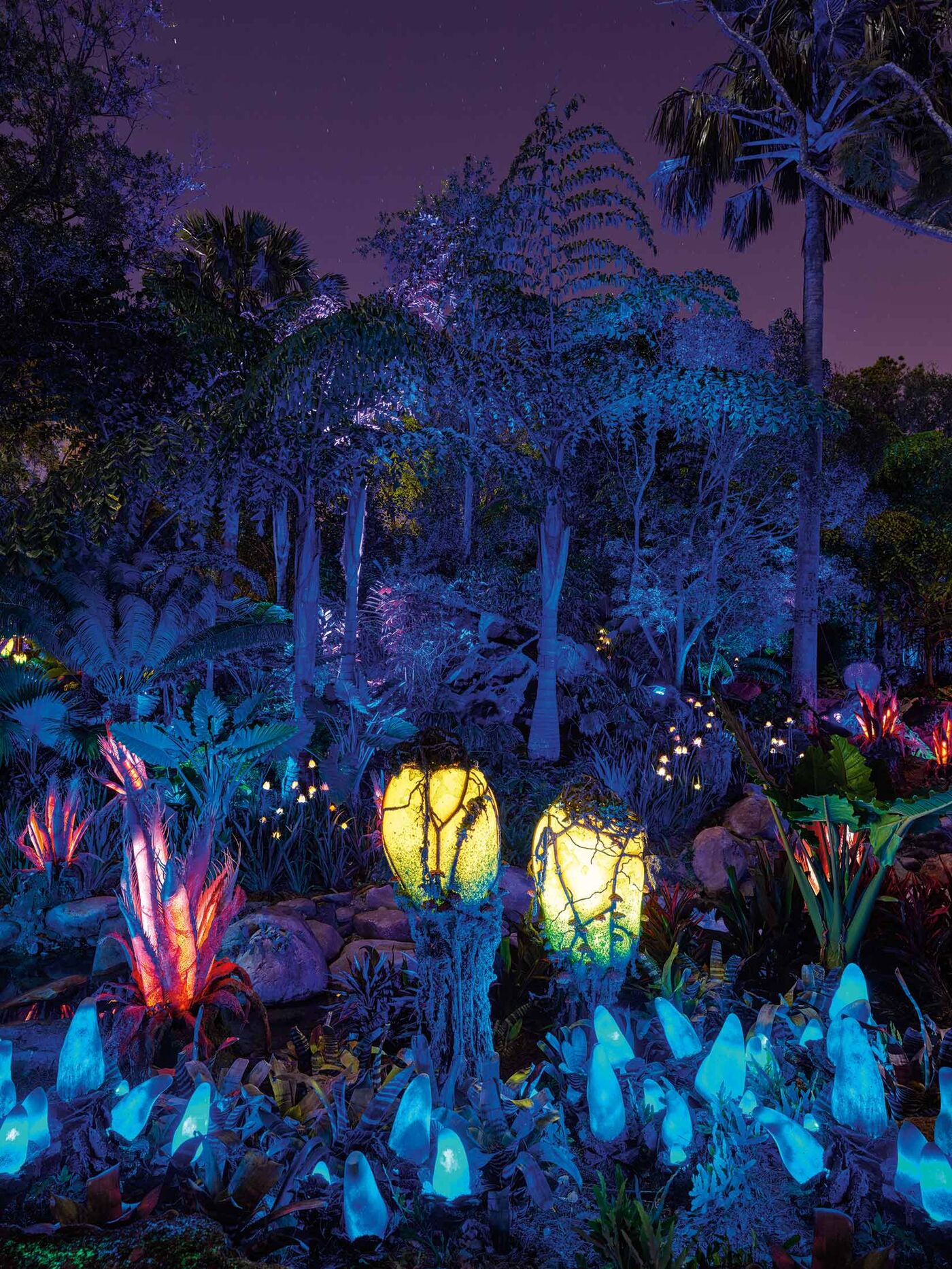 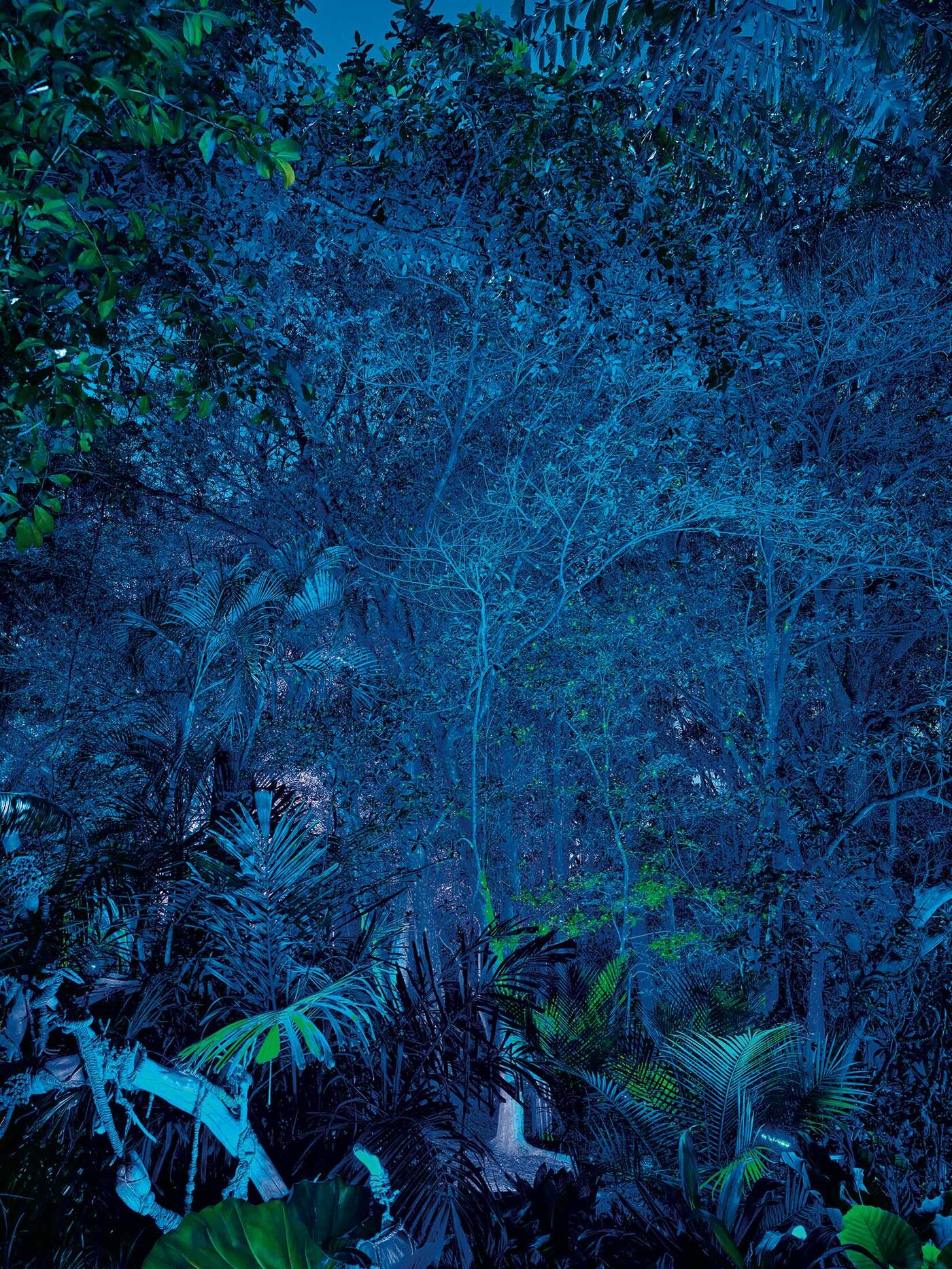 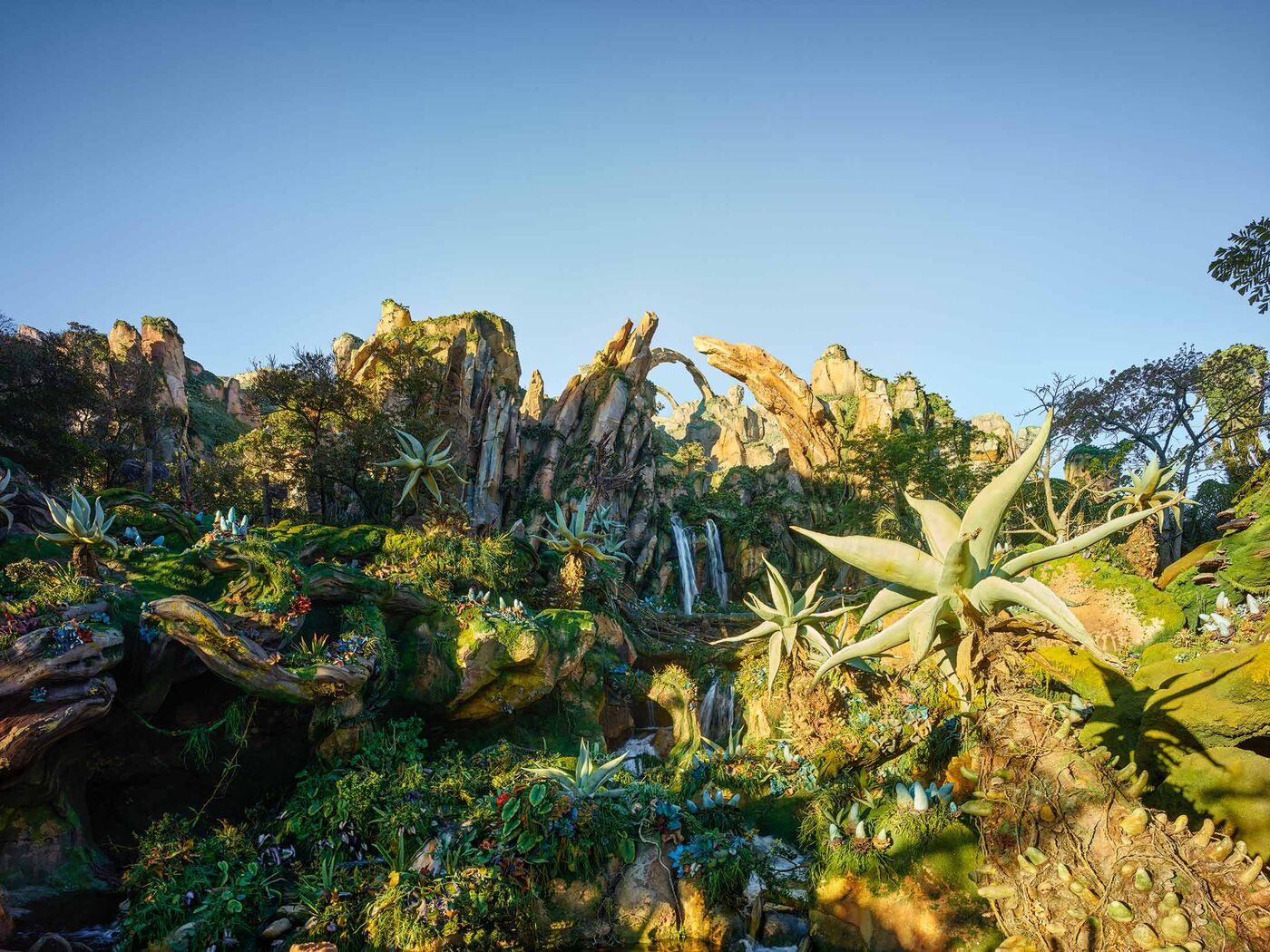 Lewis, I wish you wouldn't post things like this. It makes me depressed that I cant get to such epic things such as this. That looks just amazeballs
Top

It does look absolutely incredible, just about 6 years too late. The rides alone look rather 'meh' but the immersive atmosphere looks like it'll more than make up for them

I'm still on the fence with anything put out on this before soft openings, it's came out more recently that Disney been using a tonne of editing and CGI to make things look more impressive within Avatar (as I assume that's where the website got the images from) so once the soft openings start in a few weeks is when we will really be able to get a good (and realistic) look!

Whilst there is no denying it looks absolutely stunning, I'm not convinced it will capture people in the same was Harry Potter has at Uni. There isn't the shops to go round which obviously provides a huge amount of revenue, aside from the two rides and having a wander through the plants there isn't really much more to it.

A Media day seems to have kicked off at Pandora, Here are some shots from Attractions Magazine! Attractions Magazine wrote:
We just rode Flight of the Banshee twice. It was amazing. Smells, 3D, mist, vibration, and you can feel the banshee breathing. Screens on the rise vehicles telling you about your banshee. Looking at this, whilst it certainly isn't as fleshed out as Hogsmeade or Diagon Alley it's very pretty and seems as though it's going to be a great experience!

Users browsing this forum: No registered users and 25 guests