by Alex
The Disco Shaman has arrived!

by Owen
Unfortunately, latest reports seem to have dubbed Pandora as a failure in terms of business and finance. It seems that there is no interest in Pandora for those booking vacation packages, and the development hasn't improved the guest figures for Walt Disney World as a whole after it's large drop between 2015 and 2016. The main issue is that because the development only seems to be on the radar of Disney regulars, it has cannibalised all 3 other parks with all 3 seeing fairly dramatic attendance decreases in Q 1 and Q2 of 2017. The feedback seems to state that whilst Pandora looks nice, many feel there is a serious lack of things to do and that the rides don't warrant the queue times.

I am quite sad about this really, and it is quite telling of how Disney's have handled their first major IP land (not the best). It concerns me that due to the cold reception to Pandora that after Star Wars we may not see Disney tackle things like this again, due to Seven Dwarfs Mine Train having far more of a noticeable impact and being a smaller investment. This has already effected Toy Story Land with this having less attractions than originally expected.

Let's hope things improve, and if not, that Star Wars has a bigger impact...

by abigsmurf
It's a franchise that people have lost interest in, opened years before the sequels are going to come out in. Was always a bit of a strange choice.

The flights of Pandora sounds like an amazing ride to me but "Like soarin but better" is a tough sell for the general public and the River Journey seems like a big misfire all round.

Diagon Alley is stunning, it's crammed full of detail, it's completely immersive and you can spend (a large amount of) money to make the year of any small Harry Potter fan. Pandora at Animal Kingdom is well themed and looks great but it no way captures the imagination like Diagon Alley. Floating rocks are pretty neat but can I get presented my wand (which can be the wand of literally any character in the series, even minor ones) and use it to reanimate a suit of Armour?

Diagon Alley isn't just themeing, it's an attraction in itself. I would say that the Harry Potter lands are good enough to warrant planning a new Florida vacation, I couldn't say the same of Pandora.

If Disney want the Harry Potter money, it's not enough to put you in a land that looks like a film, it has to let kids actually feel like they're taking part in a film. They caught onto this with the Jedi Acadamy and the First Order patrols but I'm not sure that Pandora can give you that same feel.

Star Wars Land has potential but they absolutely have to capture the magic of the films and make people feel they're in it. If the plans for Nintendo World live up to their promise, Universal will continue to give them tough competition.

by theparklifekid
Should have gone with Beastly Kingdom!

I think it is also a shame, maybe they are hoping that the Avatar sequels will help reignite the film franchise, but I still think it's an impressive land.

by Owen
Want to be creeped out?

Then take a look at this video showing off the Shaman from Na'vi River Journey without its skin!

by Robert.W
Haha... if I ever need a bionic head I now know who to call...

by Dungeon-X-Smile
I'm surprised that pandora is a failure. I went this weekend and the queues were three times the length of anything in the park. The themeing in the area is just jaw dropping, and the rides themselves are truely beautiful! It seemed to me as a huge crowd drawer. The rides are spectacular, with the flying simulator being the best simulator I've ever been on.
Though I can see why non nerds would not be attracted. I do not care about the IP, and only went because a ton of my friends were raving about it.

by Robert.W
From what I have heard, Pandora seems to be pulling in guests from other parks at the resort rather than increasing the number of guests at the whole resort, resulting in massive lines in Pandora, slightly lesser lines in other places at the resort, and not much extra profit for TWDC.

by Dungeon-X-Smile
Ah. That makes a lot of sense, but I also think it still makes profit, since before I don't think there was that much at animal kingdom, so now this convinces people to buy park hopper passes. And I know that's not as much money for Disney as a day ticket but at least it's something, no

by Robert.W
TWDC will still be profiting from Pandora, but probably less than they would have liked. Problem is, when Pandora pulls guests from other parts of the resort, its quite likely they will have already paid for a park hopper ticket if they are staying onsite, and so, can go wherever they want without it costing anything extra anyways. Most guests will still have bought park hopper tickets before Pandora opened if they have come from afar.

by Chris
I think the next movie release in December 2020 will help numbers massively..

by Swarm Chris
I got to experience Avatar Land and found it to be fantastically detailed. During the day the floating rocks were the main draw, at night everything changes and the whole area is beautiful to look at and amazing to explore. It's not the largest land in terms of the number of walkways through it, but there a lot of hidden things especially during the evening. 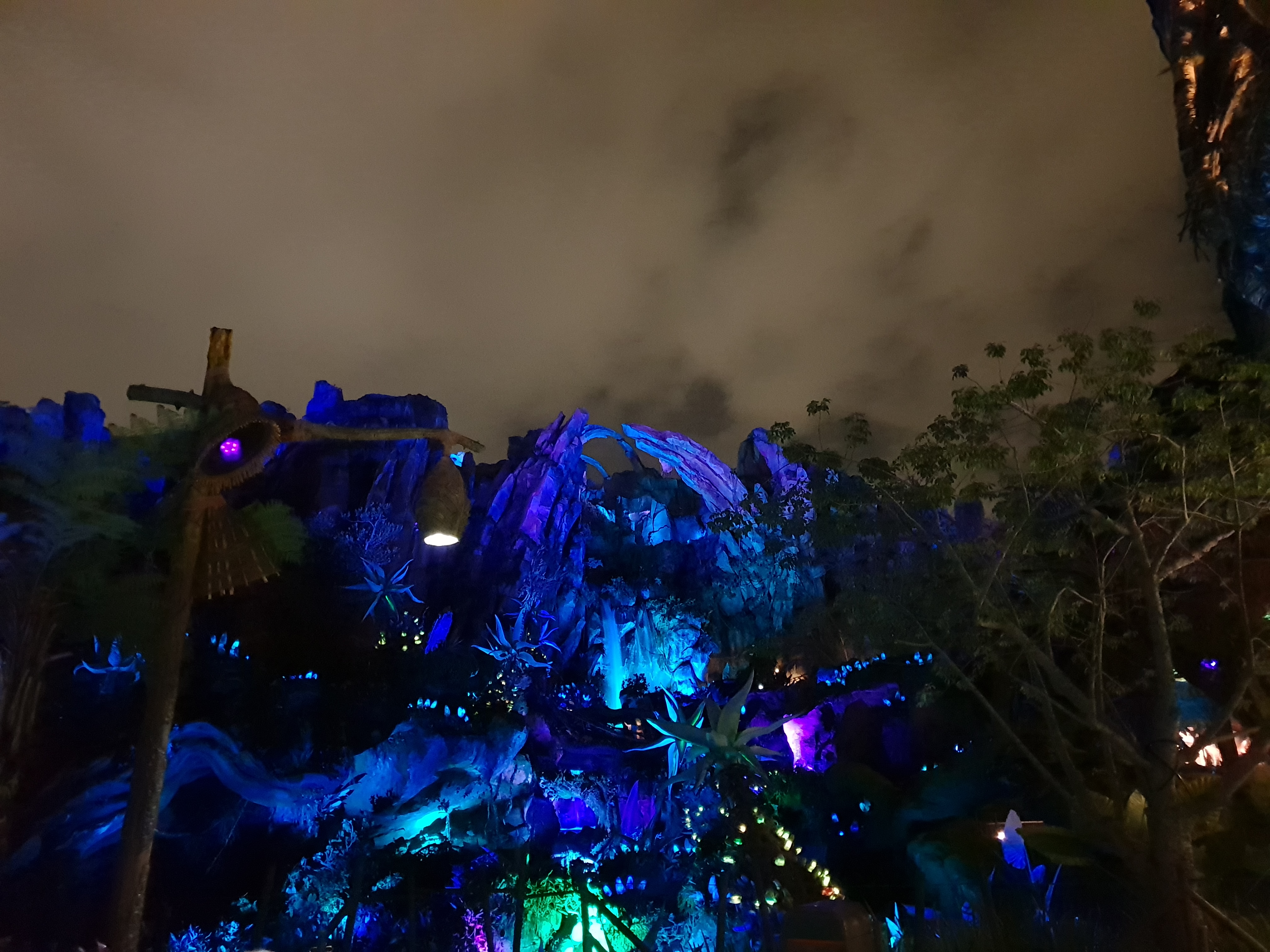 I really liked both rides. River Journey is short and sweet. I was glad to be able to get a fast pass for this as the queue seemed to just be a cattle pen. The final animatronic still made me think it was an actor, whilst there are little floating jellyfish things which mesmerised me throughout.

Flight of Passage was spectacular. It often had very long queues, with the longest I saw being stated as 210 minutes! I went in when the queue time was 95 minutes and for me that was a reasonable queue length, given the uniquely themed and detailed queue line, which could be an attraction on its own. I would say the queue line is perhaps the most detailed walk through Disney have ever produced. You go through five vastly different environments with about eight different scenes, each looking incredibly natural and as if it actually exists, rather than just being a queue line with some props. 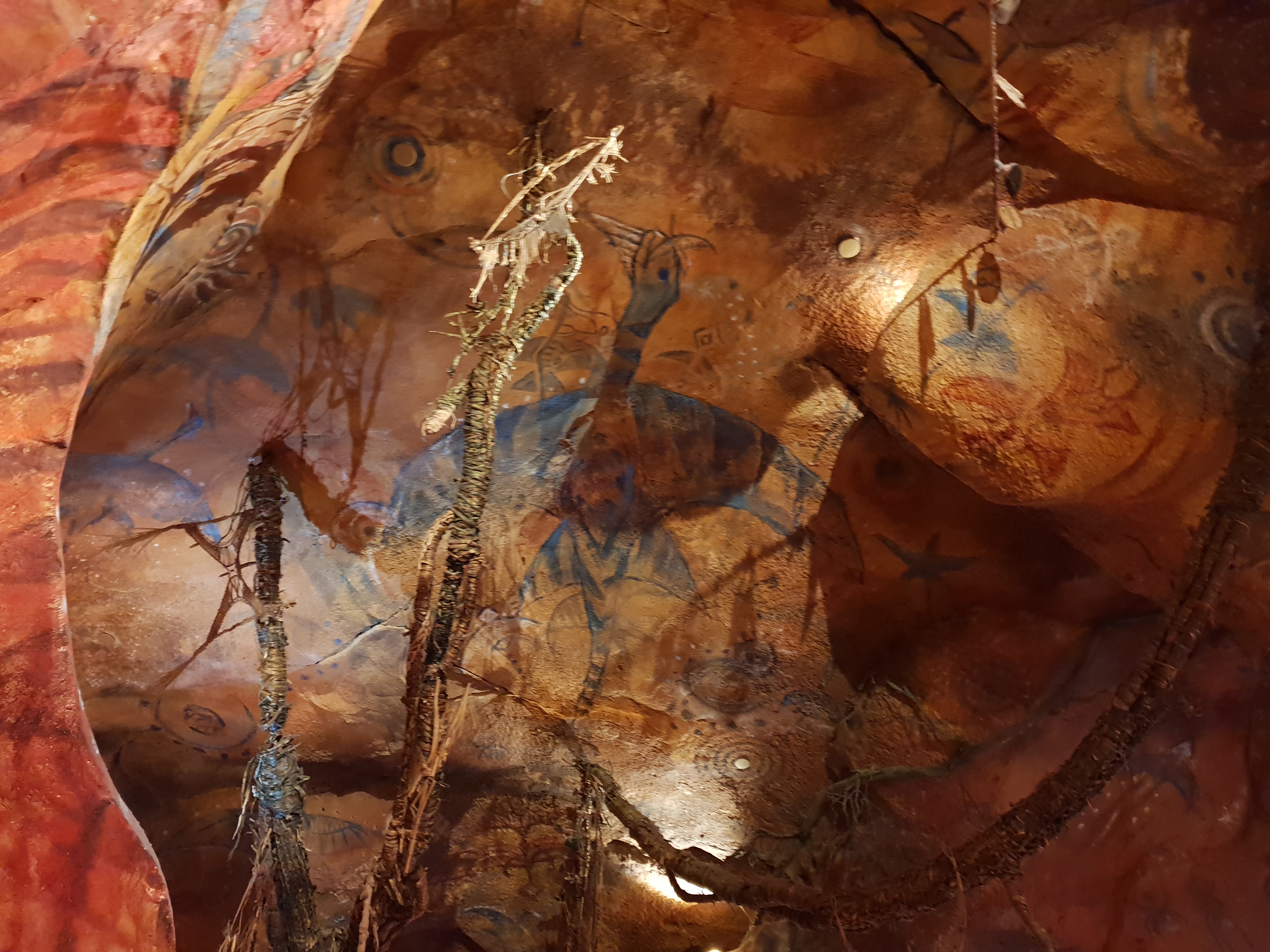 The ride itself maintains this heavy attention to detail, wonderfully simulating riding on a Banshee. I had the biggest smile throughout, it was awe inspiring, even if the step taken from other similar attractions is perhaps not that great. 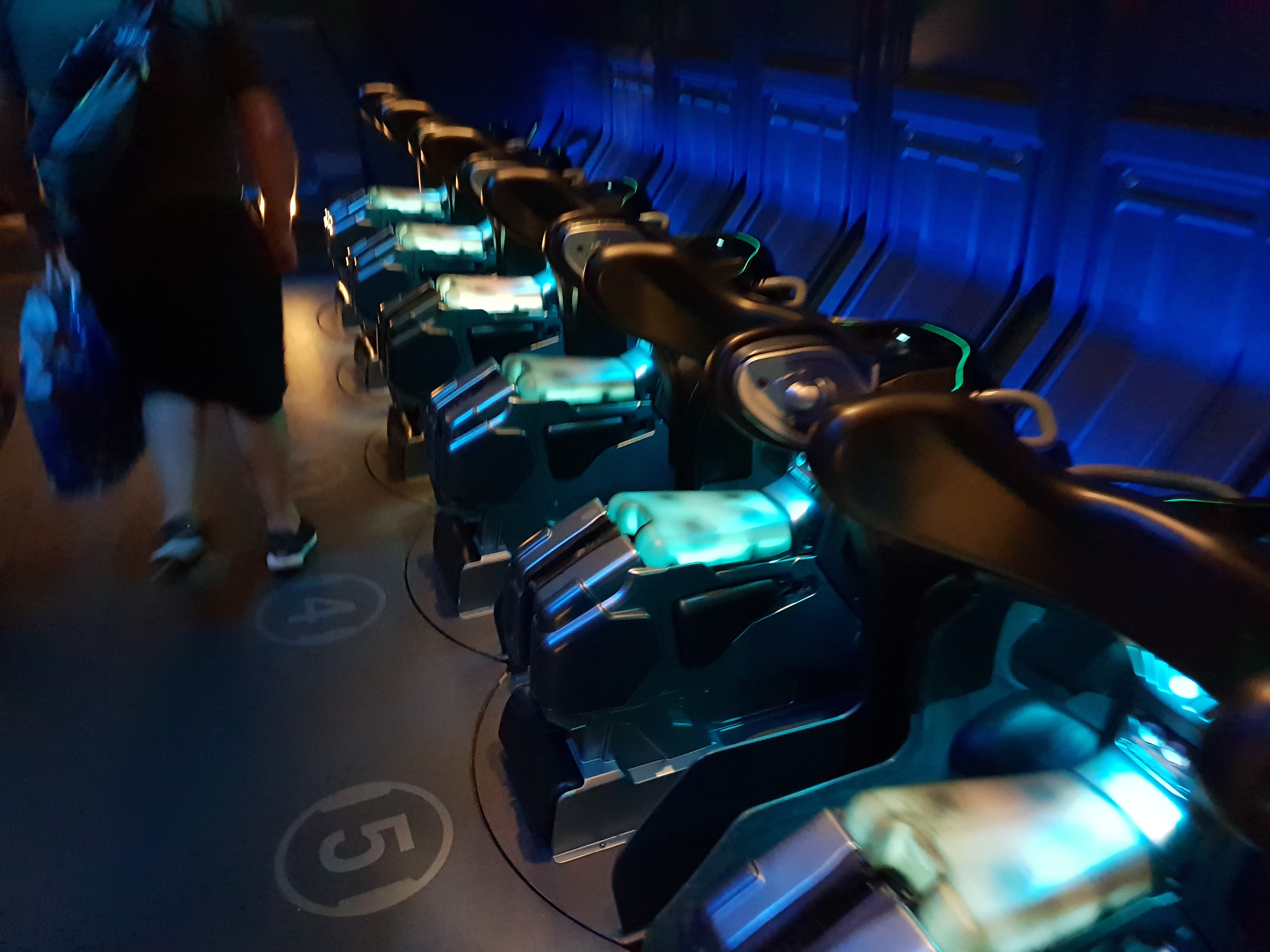 Getting a fast pass for Flight of Passage is incredibly difficult, and whilst it could save you a lot of queuing, you would end up missing all of the queue line experience. This is one attraction where I would really recommend experiencing the queue even if you get a fast pass, so long as the queue is no more than 90 minutes!

And some spoilers for those interested in the ride system.

Spoiler: show
The ride system barely moves, but you feel completely like you're flying from the wind and mist effects, plus the incredibly high resolution screen. Oh and the seat 'breathes', inflating and deflating by your knees, really making you feel like you're sat on a living animal. The ride seat has various little details, like a camera and screen you can lean forward and look at before the ride starts and it will show you being linked with your Avatar. The scale of the show building is surprising, as people are all riding at the same time over three floors and maybe four bays of 8 per floor.

by abigsmurf
210 minutes when the parks are quietening down between Halloween and Thankgiving is scary. Does it at least eat up some of the queue times from the Safari and Expedition Everest? I dread to think what the queues will be like in Hollywood Studios when Star Wars Land opens.

From what I've been reading, Avatar land's been a mixed success. Massively increased the people visiting Animal Kingdom but it's not had an effect to overall visitor numbers to Disney World (people are spending a day here rather than a day at Epcot or Studios but not spending any additional days on their holiday or visiting just to do Animal Kingdom)

by Swarm Chris
It was my first time at Disney World, but all of the parks seemed very busy, especially for the time of year. Across the parks I heard several times, people saying they had never seen the shows so busy, with Fantasmic, Indiana Jones and Lion King all being at capacity during a midweek day.

Flight of Passage was averaging 120 minutes, with 210 being a one-off, but also on a week day. In the morning the rest of the park is empty until about 11am. At Animal Kingdom the queues were typically 30-60 minutes, fluctuating across the day, occasionally dropping to 10 minutes.

Star Wars land could be crazy. They're rebuilding the entire infrastructure for getting into Hollywood Studios at the moment, with bus, cable car and car parking all being built/re-built, but queues for Toy Story land already were at a minimum of 60-90 minutes for everything.

by Owen
Animal Kingdom has had a new major E-Ticket attraction green lit and accommodated for in the budget!

Set to open sometime before 2024, not much is known about the attraction, but speculation would suggest we could be seeing Zootopia make its way to the Animal Kingdom. Will we see this get announced on Sunday?

by abigsmurf
Indiana Jones has long been rumoured. Kinda hope it isn't. It's an amazing ride but let ak keep Dinosaur and california have indy

abigsmurf wrote:
Indiana Jones has long been rumoured. Kinda hope it isn't. It's an amazing ride but let ak keep Dinosaur and california have indy

It seems like Dinosaur isn’t expected to go for this particular attraction. The way it seems to be coming across is it’ll be a brand new attraction which is something that Animal Kingdom desperately needs in my opinion.