My top 10 changed a bit yesterday

My list will constantly change as I slowly get on bigger rides!

Haven't really been on enough coasters to warrant a top 10

As I live with several people who don't like flights, and more who don't enjoy roller coasters, my list is mostly restricted to the UK. But here goes anyway.

If it wasn't restricted to just coasters, Hex would be around number six. 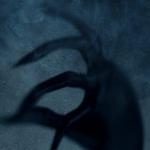 Strangely enough, still haven't been to Thorpe or many other parks...
Top

How have I never posted in here yet? Anyway: I have been to a lot more theme parks (only British ones) but these are my favourite ones. Really REALLY hard to have to put them in order.

^ I've swapped The smiler and Silver Star over after a bit of consideration.

This will probably change when I ride Mako next year!
SeaWorld has rescued over 35,000 animals in need![/i]
Top

10. Oblivion
Oblivion used to be significantly higher on my Top 10, it was my number 1 ride at the top of 2015! It's very re-ridable, and has hands down the best drop on any coaster I've ridden. Oblivion though hasn't been running as well as in 2014 and is in need of a little TLC.

9. X2
I have a feeling anyone who has ridden this coaster could disagree. X2 is a very unique ride, and it's honestly a brilliant coaster. But it's rough. It's not like Nemesis where the roughness is about acceptable, it's like your entire body is banged around. Plus, requiring a locker to ride is an annoyance.

8. The Smiler
The Smiler is a great coaster. I'm expecting when it reopens next year it will be higher on my list, I think the fact that I've now ridden Nemesis and Air significantly more means I rate them higher. It's got a very relentless layout too, and I'm willing to ride again in 2016.

7. Raging Bull
I think this coaster is very under-rated! Raging Bull is very smooth and, whilst it lacks airtime, it's just pure fun! When I rode I was on the edge and you feel like you could touch the ground with the freedom of the seats. It was my favourite coaster at Six Flags Great America.

6. Full Throttle
This is the second ride at Magic Mountain to appear in my Top 10. Full Throttle, like Raging Bull, is just pure fun. The hangtime in the loop and airtime over the loop are both amazing, and the launch is pretty good. I still prefer the Intamin launches though. The backwards launch was also good, I thought it would just be a bad gimmick initially.

5. Tatsu
Tatsu is probably the most forceful coaster I've ridden along with Oblivion (on the drop pullout). I rode in the back right and you get lots of Gs! The inversions provide a bit of a break, with the exception of the pretzel loop. Despite the high G-Force, I honestly find Nemesis more intense.

4. Nemesis
Nemesis is perfectly paced, brilliantly themed and I love how well landscaped it is. The ride is also very well laid out for offride and visuals, it's fun just to watch Nemesis go round. My only complaint is the headbanging, it's bearable and it could be solved with new trains or retracking.

3. Air
If you've seen the rest of my list, you'll know I'm a big fan of rides that are just good fun. Air is a great example of this and the sensations are very different to the other flying coasters I've ridden. It simulates flying well and I look forward to the changes next year!

2. The Swarm
The Swarm is my favourite UK ride I've ridden thus far. At night, it's an epic experience. The island has got some great theming and the effects throughout the ride are also great! Brave it backwards is a nice touch too, even though I prefer forwards riding. Despite having ridden X-Flight (which is generally considered superior) I prefer The Swarm because of it's theming and near misses.

1. Twisted Colossus
What can I say about Twisted Colossus that hasn't been said? The inversions are brilliant. The airtime is awesome. The duelling adds another dimension to the ride. I only got one front row ride on Twisted Colossus, but it was easily the best ride at Six Flags Magic Mountain. It's better themed than most of the other rides at Magic Mountain, and it makes me really want to ride more RMCs!

This list will probably change next year when I visit Europa Park and ride Air V2!

Not a bad coaster by any means, but hasn't been as enjoyable this year in comparison to previous years. Despite this, it's still a top 10 UK coaster for me.

Has placed higher in previous years but felt a little bit let down by stealth this season, ridden every row and every seat and I still feel that the overall atmosphere around the ride and the anticipation has died down somewhat this year. Fright nights alone was the reason for the placement on the list.

Placed much higher on this list than it would have done prior to the season, but having discovered the joy of front row rides on Rita, my opinion was changed for the better. Still painfully rough in the back though.

Managed to get quite a few (15) rides on Air this season, and having not ridden much prior to this, was pleasantly surprised at what I thought was a much better ride experience than before. Let's see what next year brings.

The large portion of the reasoning for Oblivion making the list comes from the ERT at Sizzler. Some fantastic rides on it made me appreciate just how good Oblivion can be, making it much higher on the 'to do' list during a Towers visit.

May come as a surprise that Inferno is high on the list, as prior to fright nights this wouldn't have made the top 10. Riding Inferno in the dark, 5 minutes after park close was one of the best experiences of the season in my opinion.

High on this list, and with good reason. Rode it 5 times across 2 days during May Half term and with each ride it kept getting better. Cannot wait to be back riding her come the new season and hope for more awesome rides.

My most ridden coaster of the 2015 season (54), a big reason for the placement. Had some amazing rides on Fury this year which has made me realize just how much better than spinball it is. Halloween, riding at 9:30pm was definitely the highlight of the Cwoa season.

This may come as a big surprise as Colossus doesn't carry the best reputation amongst enthusiasts, but this year it was the highlight of Thorpe for me. Front row is one of the best things on park, add a few night rides at summer nights and fright nights alike and it totaled as my most ridden Thorpe ride(44), and gave me a whole load of new respect for Intamin.

This should come as no surprise to anyone, and shouldn't really need an explanation. Easily the best coaster in the country, still world class after 21 years, and for those reasons coupled with some beautiful rides this season is enough to take the number one spot.

Only made it to the Merlin UK parks this season, however if all goes to plan I should be at Europa Park and many more UK parks in the 2016 season.
Formerly known as NemesisNosh
2016 Ride Count: 888