Hersheypark have announced a waterpark expansion for 2018 over on their Twitter: Screenshotted from their teaser video.

This looks to be one of the biggest expansions to the water park since it opened, and will feature two attractions:

Whitecap Racer will be a six-slide racing slide complex, featuring two tunnel sections, making them longest racing slides in the world. It's also said to have a timing system featured on many slides of this type, adding a competitive aspect.

Breakers Edge will be a water coaster, which I think is of this model, as they're pitching it as the first water coaster to feature flying saucer turns. Controversially, this is being teased as "Hersheypark's 14th coaster", which is ... interesting.

The park have a mini-site for the expansion, located here.
Burniel | Great at theme park knowledge, not so great at designing signatures.
Top

Volcano Bay's version of this water coaster also won "Best New Coaster" in a people's choice award for Orlando. It's interesting but I suppose not false at the same time

Hersheypark have today announced Chocolate Town, which includes a redesigned entrance, with heavily-themed retail and food outlets, such as an ice-cream parlour, as well as a Chocolate Factory and new B&M Hyper/Giga coaster.

The B&M Hyper is probably 220 feet, according to leaks we saw about a month ago
Top

Hersheypark have today confirmed that further details of their 2020 coaster will be released on 24th July this year.

What I love is that Hersheypark have done this teaser in possibly one of the best ways possible - by sending media outlets a chocolate rollercoaster in a box! 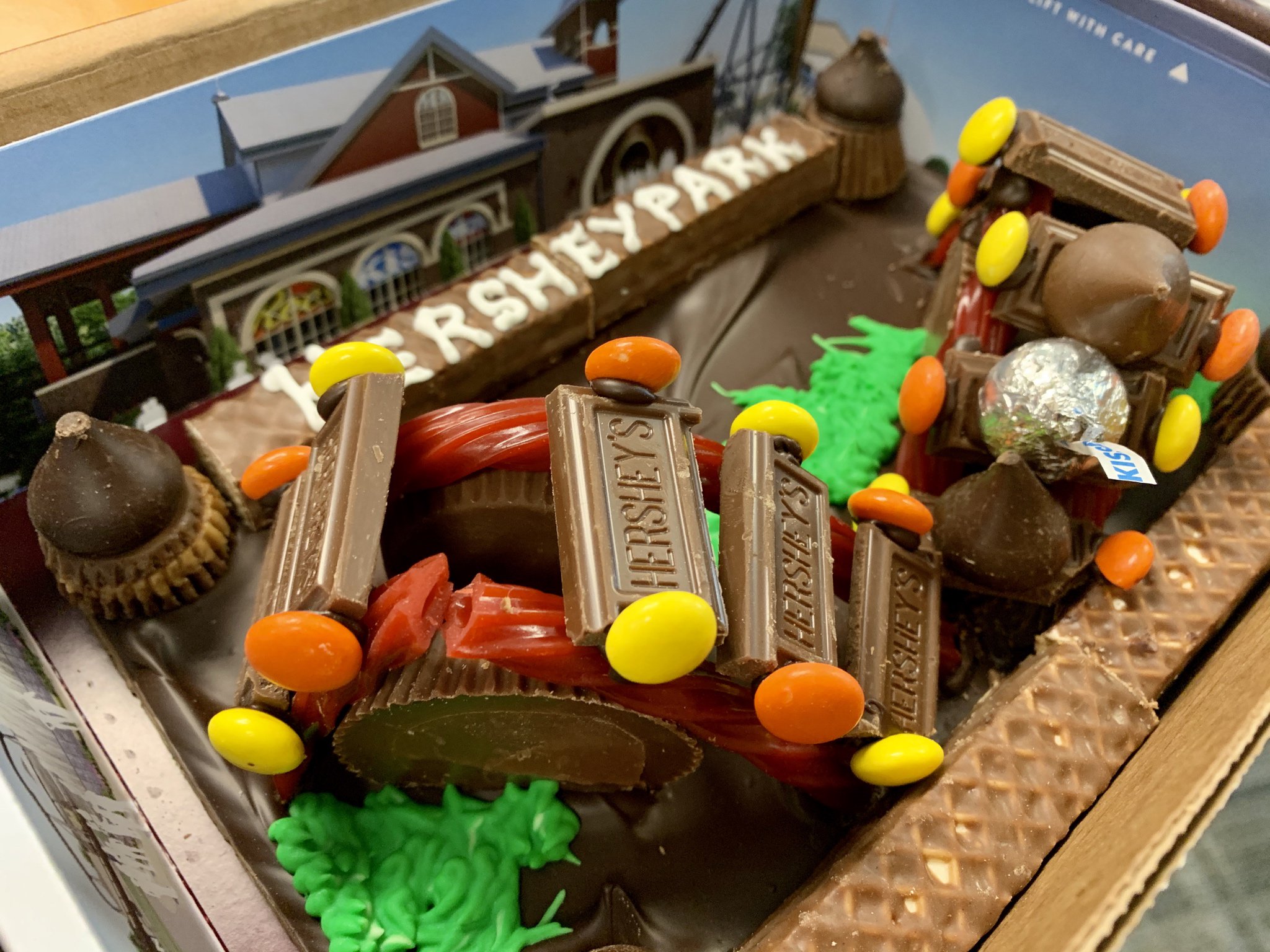 Today, Hershey Park announced Candymonium, a B&M Hyper coaster. It will be the tallest, fastest and longest coaster at the park. at 210 ft tall and reaching speeds of uptp 76mph, it looks like it will be a great addition to the park.