This has been rumoured for quite awhile but now that it's announced I am more than impressed! The steampunk theme is beautiful but im not liking the sound of the bacon milkshake...
Last edited by Owen on Mon Mar 14, 2016 4:41 pm, edited 2 times in total.

I think I'll go to Orlando purely for that, that is stupidly awesome!

The ride vehicles for Skull Island: Reign of Kong have been revealed by Universal today. Each vehicle will be 40 feet long and 13 feet high, weighs in at 17 tons and carries up to 72 people. The all terrain vehicles will operate on a trackless system and be capable of puling of a range of maneuvers.

The Resort have also confirmed that there will be five possible options for guests to experience with 5 different drivers operating the vehicles:

The next episode of Myth Explorer is now also live.

This video shows some of the screen scenes featured in the ride. @bioreconstruct has just posted this photo, we're now only 1 piece of track away from the coaster being fully reconstructed. 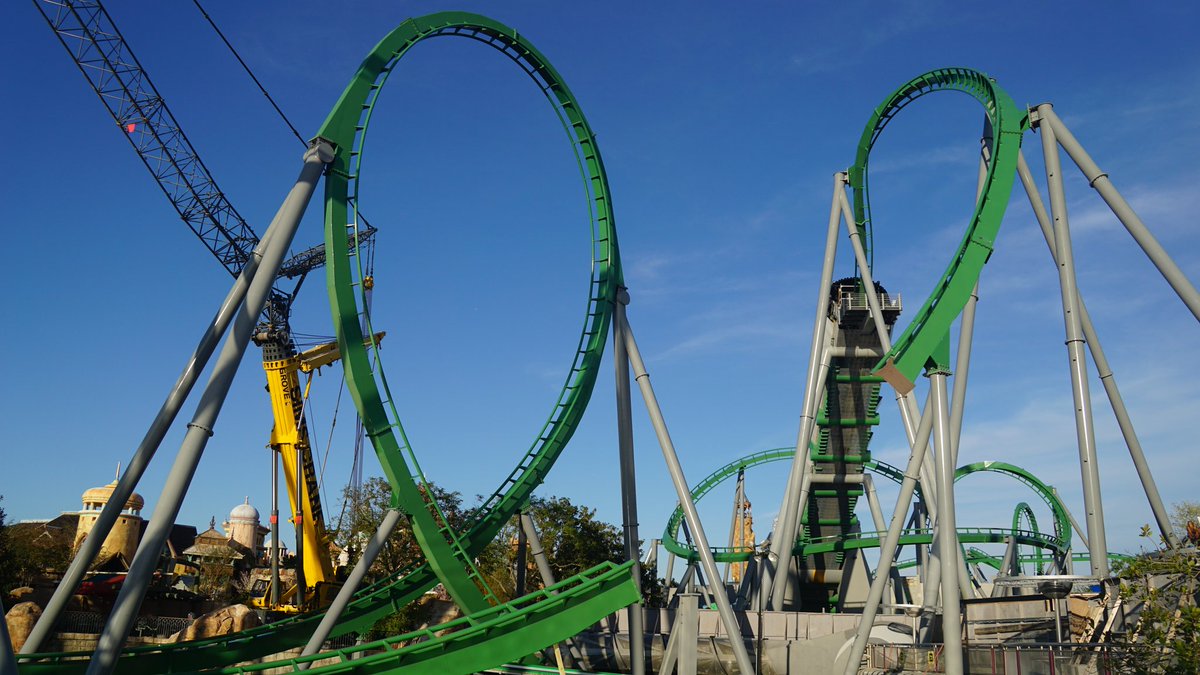 Teebin, ones of the insiders on Orlando United has been saying that Kong has been running into problems, so far they've only been able to cycle with one RV and even that is suffers from issues. It appears that the steel on the inside of the attraction is causing issues with the connectivity, although the problems aren't as great as what happened with Gringotts.

Hulk's track has been completed just a short while ago. 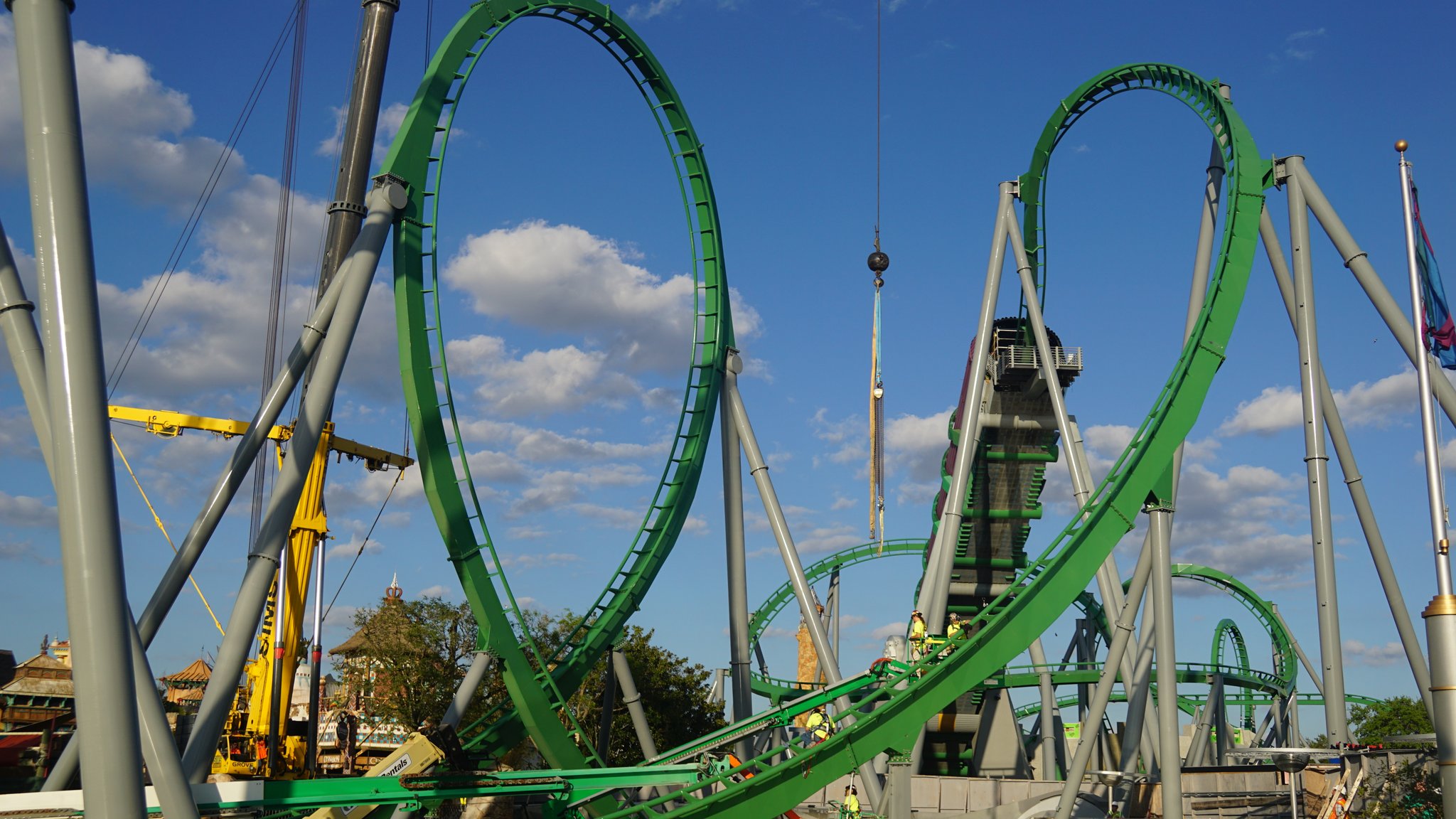 Universal have now revealed a first look at some of the creatures you'll encounter on Skull Island: Reign of Kong in the following blog post and this video, which I believe features some video from the ride itself. The complementary next episode of Myth Explorer has also been released.

THE UNIMAGINABLE CREATURES OF SKULL ISLAND: REIGN OF KONG

Massive winged beasts that hunt from the skies. Serpentine predators that burrow through the earth and attack from below. Giant insects that infest the jungles. These are just a few of the deadly creatures you’ll encounter on Skull Island: Reign of Kong.

When you embark this summer at Universal’s Islands of Adventure, you won’t be alone. Here you’ll come face to face with unimaginable creatures that prowl this mysterious and foreboding world.

Arachno-claw
These carnivorous arachnids move throughout the swampy underworld of the island’s dark caverns, foraging for dead or injured creatures. The six-legged scavenger uses its crab-like claws to crush its prey before feasting on the remains.

Carnictis
The giant, slug-like Carnictis lacks eyes or facial features. But its gaping, oozing mouth—ringed with sharp, jagged teeth—is a distinguishing feature that allows this slow but relentless creature to feed on dead and wounded beings that have succumbed to the wretched, murky chasms of the island.

Decarnocimex
One of the largest and most aggressive cave-dwelling inhabitants on the island, the Decarnocimex will attack anything smaller or weaker that dares to cross its path. These vicious insects tear apart their prey with their razor-sharp mandibles and two-bladed forearms.

Terapusmordax
These are the largest flying predators on the island, with wingspans up to 10 feet. They live in colonies within the island’s interior caverns and are easily provoked. Spearing victims with lethal talons, they use large carnivorous fangs to penetrate anything—or anyone—caught in their jaws of death.

Vastatosaurus rex
The V. Rex is the largest, most intimidating dinosaur that roams the island’s dense jungles. Despite its large, bulky head and tough leathery skin, it’s an agile predator, changing direction at high speeds and ripping into its prey with razor-sharp teeth.

Are you ready to face them all?

To learn more about what else awaits you at Skull Island: Reign of Kong, stay tuned to the blog or sign up for email updates.

And, you can tune into Syfy on March 30 at 9/8c to see a whole new side to these terrifying creatures on the hit special effects makeup show, Face Off.

Hulk's launch tunnel has had a change of colour scheme as part of the ongoing refurbishment of the ride. Gone is the purple and bright green. In it's place is a black and dark green colour scheme. I'm not sure how I feel about this. I know the park want to give it a fresh look but I'm really not sure about the choice of darker colours. It might only be April, but Universal Orlando have just announced the first house for this year's Halloween Horror Nights - The Texas Chainsaw Massacre.

The house will be based on the original 1974 film rather than the 2003 re-make, and will feature the familiar and terrifying lead character, Leatherface. This is not the first time the film has been the basis of a Horror Nights House with it featuring at the 2012 event in Hollywood, and also in Orlando back in 2005 as 'The Texas Chainsaw Massacre - Flesh Wounds.

The Resort have also released a teaser video (please be aware this video may not be suitable for younger members).

Episode 4 of Myth Explorer is now live, with this episode seeing the discovery of the wall and gate ahead of the final episode which looks like it could be intense.

The second house of this year's Halloween Horror Nights has been announced as The Exorcist.

These are words that describe my feelings when I first saw The Exorcist.

The film is a benchmark in so many ways. It was the first horror film to be nominated for Best Picture. It helped lead the charge in a sequence of “demonic child” storylines. And it has often been replicated in many horror films today, irrefutably placing it among the kings of influential horror pop culture.

And now that influence has found its way to Universal Orlando’s Halloween Horror Nights in an all-new haunted maze. As with any horror property we collaborate with, our job is to create an attraction that adapts that property into a fully realized experience. That adaptation is a creative challenge in every case.

But translating The Exorcist presented us with many unique tests and questions. One big question was, “How do you adapt a film where most of the story takes place in a single bedroom?”

The answer we landed on was first to break down and assess all the visuals and moments from the film. Piece together every moment within that bedroom and examine why it was intense, scary or even vile. What textures can we reconstruct differently, sometimes in an incredibly abstract way?

The famous “pea soup” scene for instance. What if we were surrounded in the materials of the retch-covered bed? What if those layers of mattress padding literally enveloped us? And let’s be honest, traversing through a vomit-covered bed is pretty horrifying and disgusting by itself. Now add a possessed girl into the mix!

Just like this amazing film, the maze needs to overcome you—even possess you (wink)—with its visuals, characters and environments. It needs to force you on its horrific quest for this young girl’s very soul and spit you out the other side. That is our goal and we are beside ourselves with excitement at the opportunity to do so this year.

A thread has been started on Orlando United that Universal may be looking to buy Dreamworks Animation, here's the story from the New York Times

This would give Universal access to the following IP's which may come in handy for the 3rd park!

Shrek, Madagascar, Kung Fu Panda, How to Train Your Dragon, The Croods

And merlin are using all but the croods!

that brings Merlin into it as well I guess, sounds like it will affect them.
Top

Dreamworks properties are broken up more than the Marvel contract

wouldn't the acquisition of dreamworks cause a problem with motiongate in dubai? it has an entire indoor themed part exclusively for dreamworks IP's

COASTERGUY246 wrote:
wouldn't the acquisition of dreamworks cause a problem with motiongate in dubai? it has an entire indoor themed part exclusively for dreamworks IP's

All the paperwork will have already been signed, "takebacksies" won't be allowed.

IoA still have Marvel attractions because the deal was made pre-Disney. This is the same scenario.
Top

They've been testing the mist on Kong, personally I think it looks incredible and I can't wait to see the finished product! 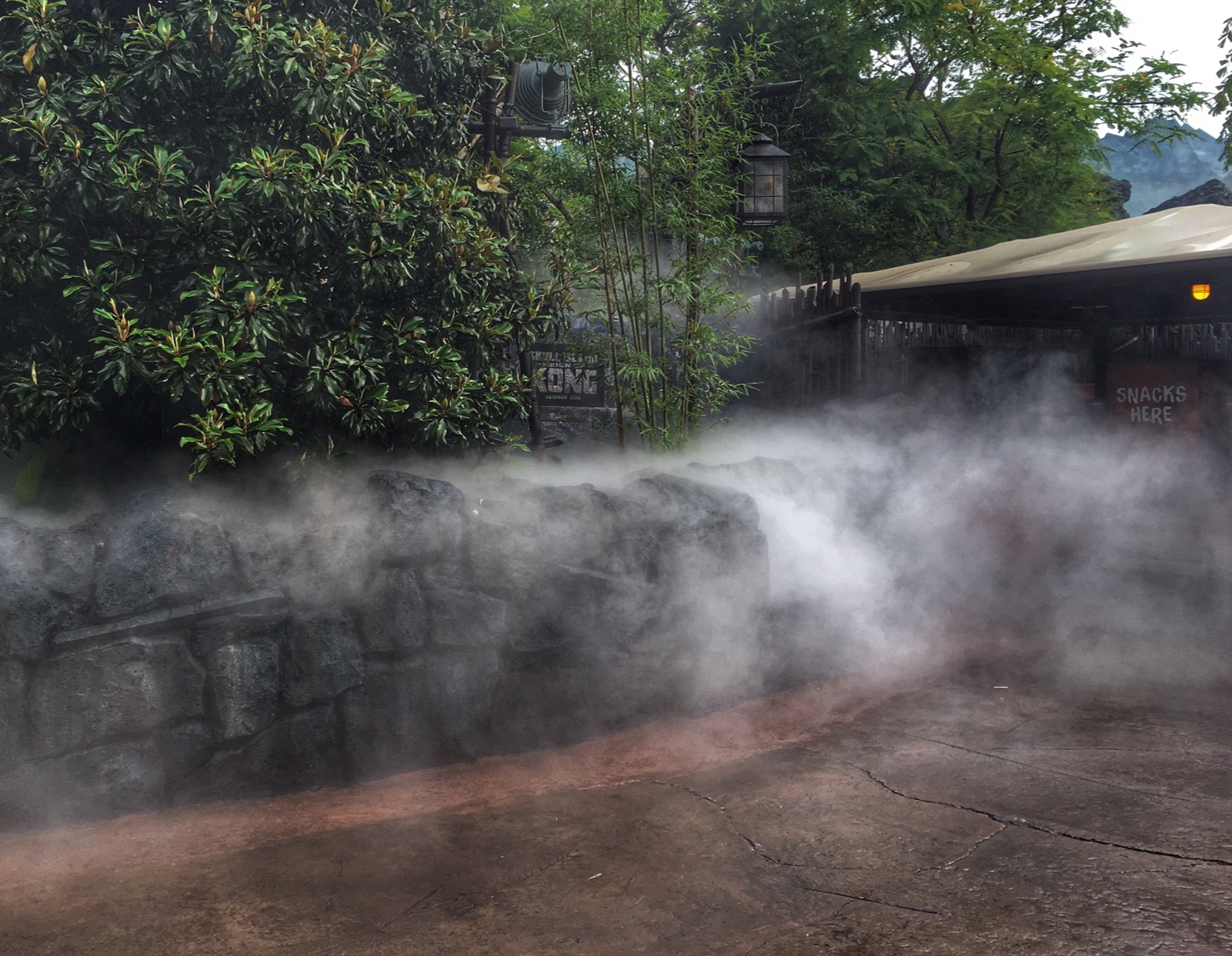 Users browsing this forum: No registered users and 49 guests
×