I'm expecting disney to make a move to compete with this, perhaps some new addition or something? Something they can market; big and crowd pulling.
Top

Awesome find from Jack on Theme Park Thrillgeek, this commencement notice details that the launch system on the Hulk is indeed set to be replaced! Exact words detail the 'removal and replacement of reconditioned accelerator motors at Hulk'. My guess from this is they'll be installing a new LSM launch system with the success of Thunderbird.

According to the filed permits they are also demolishing the queue and rebuilding a new one.

I'll be gutted if the Hulk is closed on both occasions.
Top

Looking forward to this

. I can see Dr Doom's fear fall leaving anyway, it has an extremely low throughput, and isnt very thrilling (I find it drops too slowly). I hope we could be getting something good in its place

I actually really enjoy Dr Doom's Freefall. It may not be anywhere near close to being a headline attraction, but it gives a fantastic burst of floaty airtime loveliness at the top, and as mentioned on the Seaworld/Mako topic, airtime is not something Florida has in abundance. So for that reason, I'd be disappointed to see it go.
Top

Tickets bought for this. We got 2 tickets for £135 total which allows us to visit SIX times during our visit.
Top

Well, we could be seeing something a lot better instead?

No evidence or rumours to back this up, but as, sooner or later, Universal know they're going to have to let Disney have their Marvel characters, with DDFF rumoured to be exiting, could this be the start of a total re-theme for that area of the park? They could re-theme the Storm-Tea-cup-a-tron in a fortnight, which would just leave Spidey. Maybe a long-term deal could have been struck for the webbed one, in exchange for UOR dropping the other IPs. Just a thought.
Top

Well, the hulk is obviously staying, as it's getting a launch system replacement, maybe it's getting a retheme, so what could it possibly be themed to?
Top

Marvel isn't going anywhere, the rights are too valuable and Universal won't give them up.

Hulk's maintenance is supposedly being done in two chunks, starting around August/September time this year. With it being reopened for the holidays before being shut again. The work rumoured to be completed during this period is: a new station, new launch system and possibly some retracking.

That raises a question, if the launch system is being replaced, why are new trains not being considered in the rumours? Unless they're just replacing the drive wheels with new ones, keeping the same system (Which I'd prefer because that launch is just lovely as it is), I don't see how they're going to do it without having to get entirely new trains which may require retracking/reprofiling of all the rolling inversions.

The Purge will be returning to Horror Nights this year...
Top

Emporium wrote:
The Purge will be returning to Horror Nights this year...

Indeed, with a full The Purge maze in Orlando whilst Hollywood's Tram Tour becomes Terror Tram - Survive The Purge.

Freddy vs. Jason, Walking Dead (Ugh! Again!!) & Scream have also been confirmed by Universal. Looking like it's going to be an incredibly strong line-up for this years event!!

Universal Studios Orlando have announced that they will be constructing Fast & Furious: Supercharged! Showing no sign of slowing down Universal are really cranking out the attractions! Although very very few details are currently known - the ride will be situated on the sites of "Disaster" (closing September 8th) and "Beetlejuices' Graveyard" . The ride system is yet to be announced so it is likely be different to the existing Fast & Furious: Supercharged. As I say, VERY few details are known at this point

You’ll feel like part of the “Fast family” as you embark on a thrilling new Fast & Furious adventure that will put you right in the middle of the action. This ride is going to fuse everything you love about the films with an original storyline and incredible ride technology. You’ll get to check out some of the high-speed, supercharged cars you’ve seen on the big screen. You’ll be immersed in the underground racing world made famous in the films and explore the headquarters of Toretto and his team. Then, you’ll board specially-designed vehicles for an adrenaline-pumping ride with your favorite stars from the films.

Also, a concept for the queue was released - So are you excited about this Supercharged development for 2017? Discuss!

After massive hype and anticipation, full details of this year's Halloween Horror Nights at US Orlando dropped a few hours ago. With it being the event's 25th anniversary, there are many returning HHN themes and characters, with perhaps the most notable being the return of An American Werewolf In London, which will be the first HHN house to return in an almost identical form to how it was 2013 with only a few additional enhancements.

An American Werewolf In London - Step into John Landis' landmark 1981 horror classic. From the attack on the English moors to the bone-crunching transformation, it's one of the most popular houses in Halloween Horror Nights® history.

Jack Presents: 25 Years of Monsters and Mayhem - Relive the most terrifying moments of the past 25 years as Jack releases our catalogue of creatures in one maze. You'll be attacked by Universal classic monsters, meat-grinding maniacs and the fiends of Horror Nights past.

Run: Blood, Sweat, and Fears - You’ve just been selected as a contestant on RUN, a brutal TV show where everyday people are stalked by skilled assassins. Just remember: the more horrifying your death, the higher the ratings.

Asylum In Wonderland 3D - Follow the white rabbit through the looking glass and into a murderous 3D Wonderland. Is this world all in Alice's mind or are the images we see real enough to kill us?

Body Collectors - Recollections - The Body Collectors have returned, descending upon Shadybrook Asylum to collect the human parts they require. Screams echo the hallways as a blizzard rages outside while sharpened blades swirl inside.

The Walking Dead: The Living and the Dead - From the burnt ashes of Terminus, through the flooded community food pantry basement, and into the darkened churchyard, hordes of walkers surround you as you relive gut-wrenching moments of the most recent season.

Freddy vs. Jason - From the cursed Camp Crystal Lake to the nightmarish 1428 Elm Street, awake or asleep, you'll find yourself caught in the middle of this epic battle -- where the winner's reward is YOU.

Insidious - Enter “The Further” and travel through all three parts of the Insidious saga. Denizens of the afterlife try to find their way back into the world using the living to guide them. The house isn't haunted--we are.

The Purge - This year's Purge is more brutal than ever. From the moment you step inside the house, dozens of vicious vigilantes will descend upon you as they exercise their right to purge.

Psychoscareapy - Unleashed - The criminally insane inmates of Shadybrook Asylum have escaped and stumbled upon a Halloween Block party in the streets of New York. They quickly decide they’d kill for some costumes of their own.

Icons - HHN - The eeriest icons and most cadaverous characters of the last 25 years of Halloween Horror Nights® have returned. The Caretaker, The Storyteller, The Director, The Usher and more are back to relive every monstrous memory.

Evil's Roots - Your darkest fears will take root amidst the perilous paths of Central Park as you face evil fairies, humanoid bats, scarecrows and more horrors.

All Nite Die-In - Double Feature - The Carey Drive-In movie theatre has been closed for decades after grisly murders during a double feature. It’s lights, camera, carnage as the theater nicknamed “Die-In” by the locals lives up to its name.

Bill & Ted's Excellent Halloween Adventure - Party on as those two most excellent dudes return to skewer the biggest names in politics, show business and pop culture.

The Carnage Returns - Jack the Clown is taking Halloween Horror Nights® back in a blaze of murderous mayhem with his army of feared followers and his companion in carnage, Chance. Remember, Jack always has the last laugh.

All this info comes from the HHN Orlando website. Is anyone lucky enough to be heading out to Florida to experience this? I know there a few members who will be, of which I can only be envious

Re: Fast & Furious: Supercharged for Universal Orlando in 20 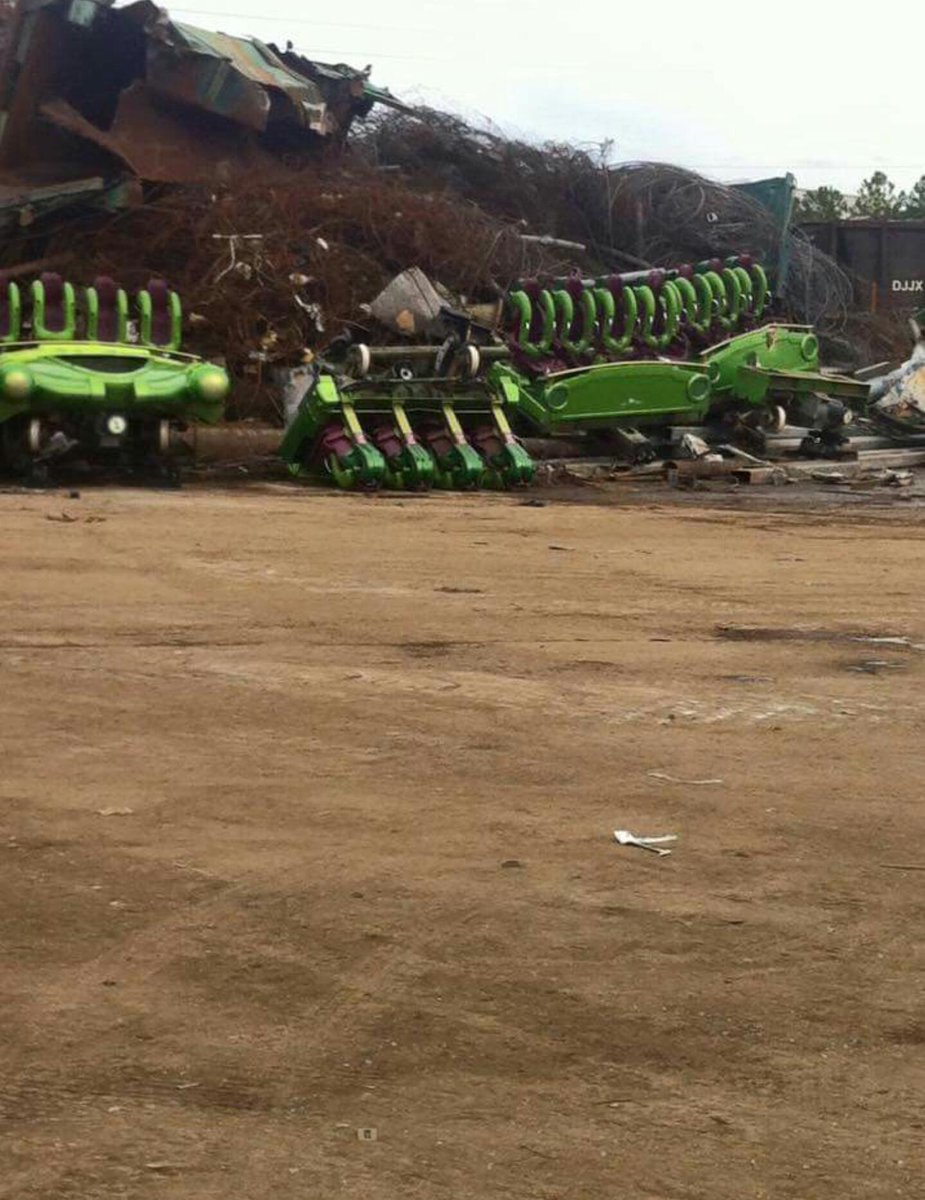 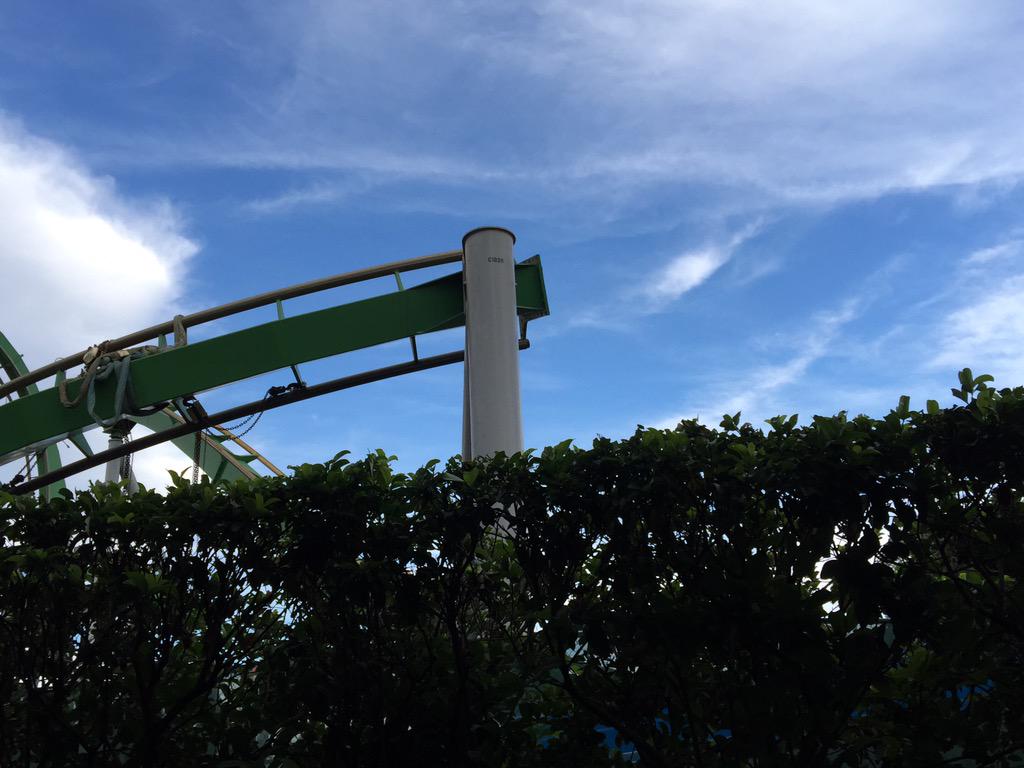