Burniel wrote:
I like the idea of less queuing, but 5 minutes for Mako on the front row was a bit alarming to see, even if it was only 10am.

Ikr, it's like nobody in the park realises Mako exists until after the 12pm One Ocean

Florida parks including Disney, Universal, SeaWorld & Busch Gardens have begun to provide free mosquito repellent to guests "out of an abundance of caution" as the Zika virus spreads.
SeaWorld has rescued over 35,000 animals in need![/i]
Top

The Orlando Sentinel wrote:
[John] Manby (SeaWorld CEO) said SeaWorld Orlando will get two new additions next year and an existing one will be re-marketed. He did not say what the additions would be.

The top rumours at the moment are -

Yeah, Dolphin Cove was supposed to be closing in a few days but for some reason the closure has been postponed until January at the earliest.
SeaWorld has rescued over 35,000 animals in need![/i]
Top

A good article from Behind the Thrills, but their opposition to the Orca Encounter is getting tedious now, they need to accept that times have changed! Also, I'd like to point out that SeaWorld Orlando experienced a 4% increase in July attendance, but this is not mentioned in the article.

I thought this article was pretty cool, never seen anything like it before!

SeaWorld Orlando will announce their 2017 plans this Tuesday

Also, here is a run down of all the major new attractions at SeaWorld Entertainment parks for 2017, including two of SeaWorld Orlando's additions:

For those who cannot load the link (I had issues at first, not sure why), here's what will be coming to SeaWorld Orlando in 2017!

A new bar is to be added next to the SeaFire Grill.

This show will include bioluminescent lighting, fountains, live performances and fireworks! The water elements of the show will take place on the water at Bayside Theatre.

A new unnamed show will open in the Nautilus Theatre.

Yet another food festival is to be added to SeaWorld Orlando. This has been going on at SeaWorld San Diego and San Antonio for a while and it is now being adopted by Orlando as well.

Dolphins Nursery will receive a refurbishment, including new underwater windows allowing guests to see the dolphins below the surface, new informative digital displays and a new slide out lifting floor for easier access to the dolphins. 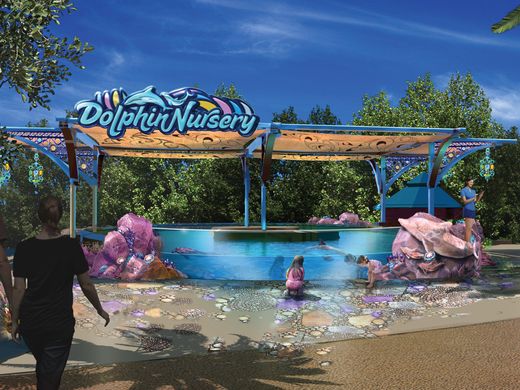 The park's oldest rollercoaster, Kraken, is set to (unexpectedly) become a VR coaster in 2017. This will be central Floridas first VR coaster, however guests will have the choice to experience it with, or without VR. The experience is fully immersive experience (visuals and audio) with headsets attached to the train - like Galactica at Alton Towers, however SeaWorld claim to be developing one of a kind tech for the attraction. Guests will venture on a deep sea mission with the Kraken and a host of other animals. Kraken will also receive a slight overhual, with new entertaining videos and theming added to the attractions queue. 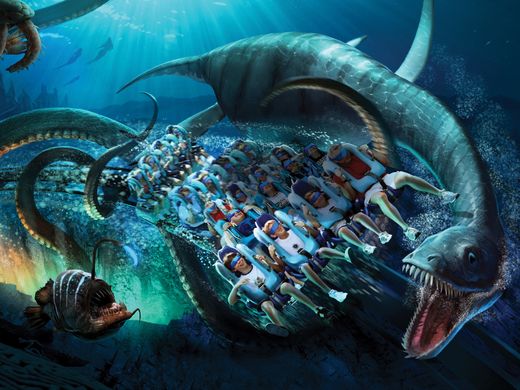 I was waiting for this obsession to pass. VR on roller coasters is a debate that could be discussed until the cows come home. As for Kraken? That's a surprise. I thought the coaster made a good filler attraction to kill some time before a show. From next year the queue will be horrendous!

The headset is Samsung Gear VR, however, unlike Galactica this has an over top strap and elastic so that there is no faff to tighten the headset and it shouldn't dig into your nose. 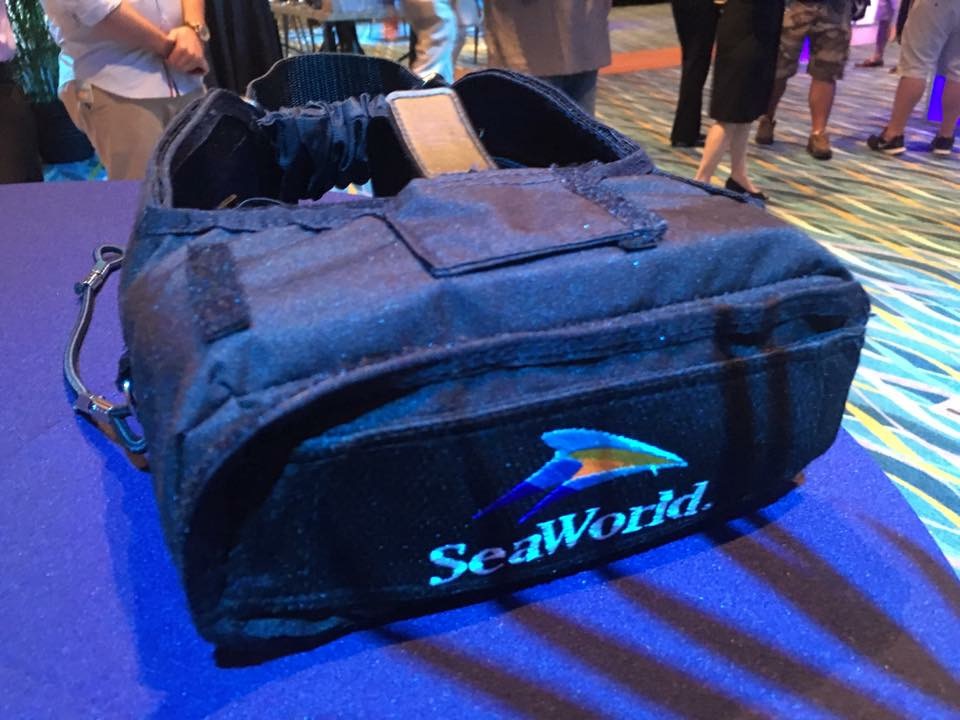 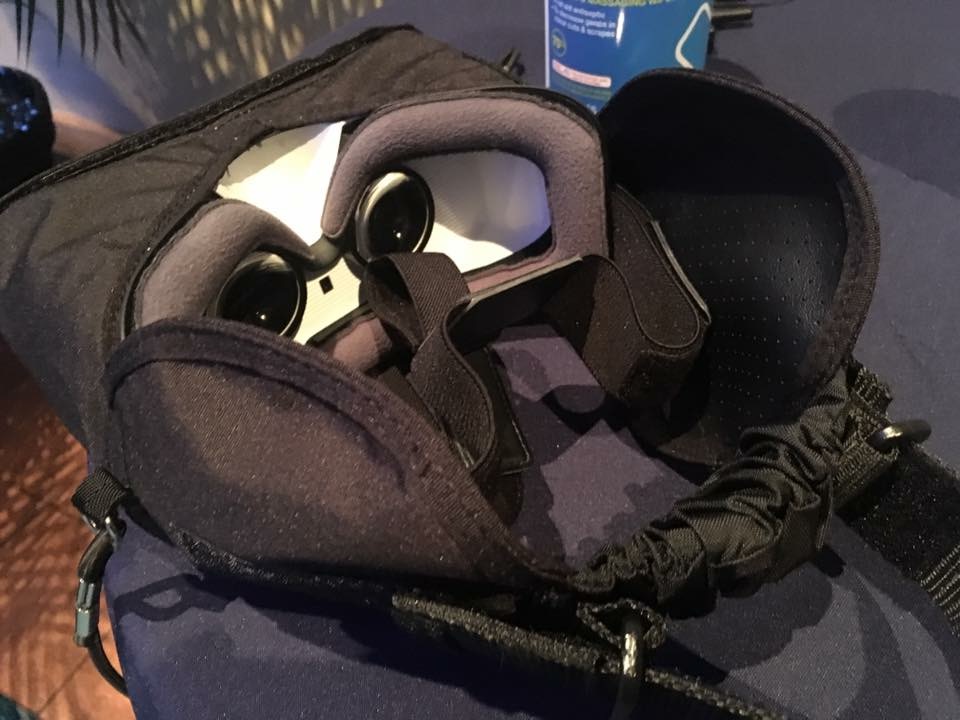 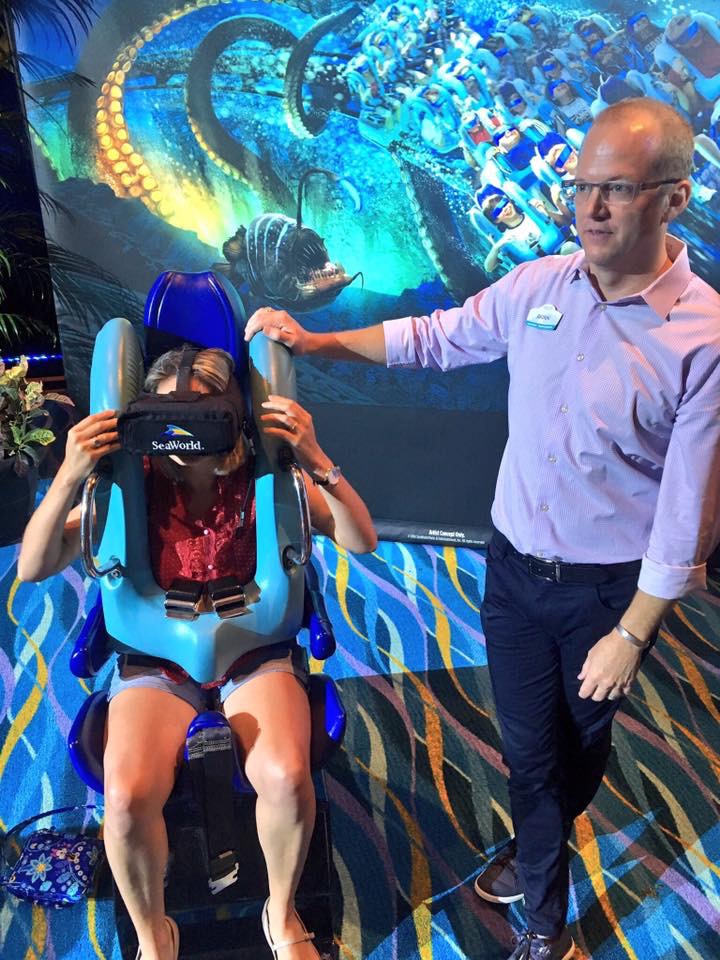 Not keen on the idea of adding VR to Kraken, it's such a good, solid ride experience without it. It just seems like a cheaper way to offer something new because the other parks are getting investments. But I'll reserve full judgement until I've tried it- not been on Galactica yet!

Despite what we all say about VR, the GP seems to love it!
SeaWorld has rescued over 35,000 animals in need![/i]
Top

Kraken absolutely doesn't need VR. I can't wait for this gimmicky fad to end. I don't think it'll impact queues too drastically though as it's always been practically a walk-on every time I've been.
Top

I personally have no issues with this as it doesn't seem like the entire ride is being re-crafted to be completely based around VR like another ride we know...

I'd rather have the choice than not, as long as wait times aren't drastically increased!

Queues shouldn't be an issue. I've never seen Kraken above 15 minutes.
SeaWorld has rescued over 35,000 animals in need![/i]
Top

Just got back from Orlando. SeaWorld x 3 visits.

Mako is a reasonable coaster, albeit ruined by the unnecessary trim on the airtime hill #3. I'm surprised existing reviews rate it so highly - Shambala in Port Aventura is a lot more fun. Very smooth and re-rideable though, and the queues were non-existent despite the park being busy. Themeing of the area is excellent, too bad the UK parks can't reach this level of attention to detail.

Agree with the comments about the VR on Kraken, it's a disappointment fad but one I suspect will not continue once the parks start to suffer with the technical & load time/extra staff requirements it brings. To be honest, although Kraken is a good coaster, it gives me bad headaches so either way it doesn't work for me for more than a couple of rides.
Top

Mako is ranked so highly because most people who ride it have never been on a B&M Hyper before. It's like a British fan of Dive coasters saying Oblivion is the best coaster they've ever been on when pretty much everyone who's been on a significant number of Dives would laugh at the idea.

As someone who rode Mako this past August as my first ever Hyper, I have no shame in saying it's my favourite coaster in the world. I am clearly a massive fan of airtime and speed (this is shown by my top 5: 1 hyper, 1 woodie, 2 launched coasters and only one coaster with any inversions whatsoever) and Mako combines airtime and speed better than any coaster I've had the opportunity to ride.

I did notice the trim. The ride would obviously be better without this, but it's not as if the subsequent hills are stripped of all their airtime.

Oh, and passionate Mako speeches aside, VR on Kraken neither excites nor annoys me. As MM has said, queues won't be an issue (I walked on in mid-August) and it's optional, so the main ride isn't ruined for others. What Kraken really needs is a Hulk treatment, shame SeaWorld don't really have the money.
Burniel | Great at theme park knowledge, not so great at designing signatures.
Top

^SeaWorld definitely have the money. They are a massive company, that own much more than just the SeaWorld parks. However Kraken really doesn't need to Hulk treatment, it isn't rough, the theming is still lovely in the queue. It really doesn't need improving at all tbh.


Sent from my iPhone using Tapatalk
RITA
Nothing will stop her speed.
Top
Post Reply