The track for Steel Vengeance is now complete! Cedar Point Twitter have posted a short video showing the incredible scale of the first drop and a stunning overview of the coaster. I think it has to be one of the only times I've been lost for words to describe a coaster!

ewoodier82 wrote:
I know that there are definitely similar posts to this further back in this topic but has anyone done a trip from the UK (preferably from one of the London airports) that could tell me a little about how they arranged flights and how long they stayed, also if they did any other parks etc
Thanks in advance

Hi mate im going for the 2nd week it's open in May 2018 and getting a flight with wow air that stops at Iceland then to Cleveland... costing about £200 one way (I'll travel around America for a bit after that) and that's from Stansted airport.

Had anyone ever played battle for cedar point?
Top

ewoodier82 wrote:
I know that there are definitely similar posts to this further back in this topic but has anyone done a trip from the UK (preferably from one of the London airports) that could tell me a little about how they arranged flights  and how long they stayed, also if they did any other parks etc
Thanks in advance

I did it as part of a larger trip where we came down via Canada (having done Canada's Wonderland), and drove to Ohio from Toronto (via a day at Niagara). Stayed 2 nights at Cedar Point and drove the car back to Cleveland to jump on a plane. So my first point would be, if you can drive then American roads are big, straight and easy. With Cedar Point not being that easy to access on public transport, picking up a car at some stage makes live a lot easier, and if you're looking to travel would also open up Kings Island as an option, which is at the south of Ohio (nearer Cincinnati).

If you're prepared to mix up your travel (car, train, plane, taxi etc) then it shouldn't be too complex to hit a few parks in the north of the USA. New York will be easy to reach from Ohio and from there you can get an hour bus trip to Six Flags Great Adventure as well as having Darien Lake not too far away, and from there you're an hours flight from Toronto where you can hit Canada's Wonderland. If you manage to do those 4/5 parks on a trip you're looking at some serious credits!
Top

Steel Vengeance will easily be one of the biggest engineering projects in the world this year, let alone rollercoaster. I can't wait to see it running!

It would appear that Cedar Point are considering joining the list of parks adding Virtual Reality to one of their rollercoasters with their their website confirming a trial of VR on Iron Dragon, their Arrow suspended coaster.

The trial wil run daily from 9th June - 4th September with the VR element available after 6pm (on days when the park closes at 10pm or later). Interestingly there is also a stipulation that guests must be 13 or older to experience Iron Dragon: VR.

An Arrow suspended coaster seems a bit of an odd choice for VR to be added to as due to the nature of it swinging (like Vampire does at Chessington), it's going to be difficult to properly sync the VR to the movement of the rider, something which could be a recipie for inducing motion sickness. One positive thing is that at least the trial is only in the evenings meaning there is still the option to ride it as normal during the day.

I have a friend that tried the Iron Dragon VR either last year or the year before, worst experience of his life he said

Apparently the VR gets better every year, I wonder when they'll finally take the leap of faith and install it permanently.
SeaWorld has rescued over 35,000 animals in need![/i]
Top

Does anyone know when steel vengeance will open?

Wagstaff04 wrote:
Does anyone know when steel vengeance will open?

Start of the 2018 season at the beginning of May

Cedar Point have posted a new blog today giving an update on Steel Vengeance. In it they detail some of the work still left to do including on the station and queue line areas. The post also includes some good photos which shows us some of the best views of the coaster (I shall be making a note of these so I can take many, many photos in July

). They've also shown the first stage of the sign for the coaster which looks like it is going to be quite impressive, and again provide an amazing photo opportunity. 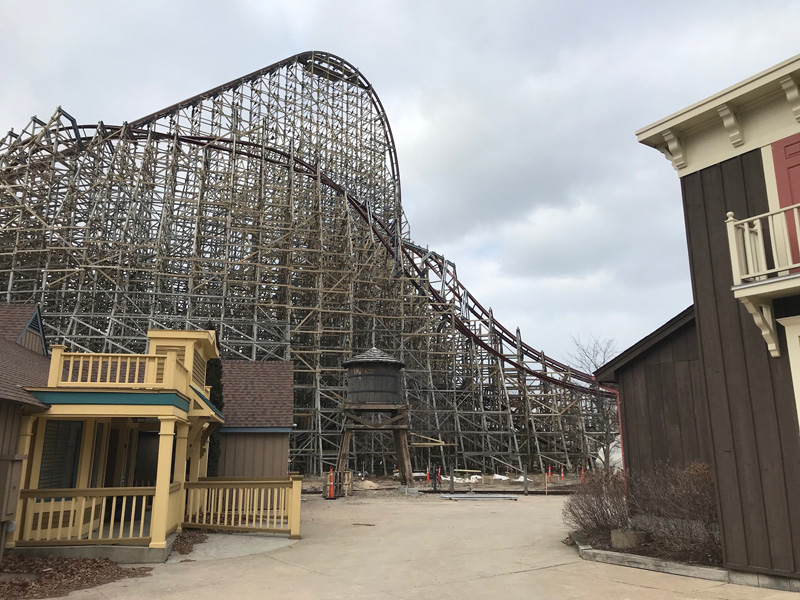 Yep, I think I'm going to need to take several photos from this spot (train at top of the lift hill, train going down the lift hill.....) 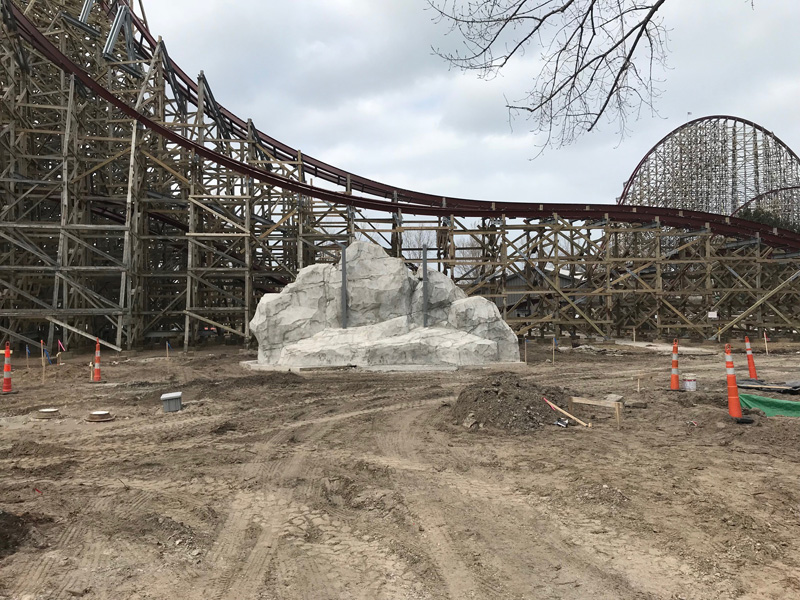 I am getting very, very excited for this ride!!!

Yes, me too - it looks really impressive and can't wait to go on it in June

Steel Vengeance has now been confirmed to be testing!


This ride is just looking more and more incredible with each video that comes out! One thing I did notice in this video is the restraint system - it seems to have a lap and shin bar restraint, which I'm guessing is a way of getting around the need for an OTSR. I understand it also has seatbelts too. Really can't wait to ride this for myself now!

Well, that looks like one hell of a ride! Wow! If I ever find myself in the US of A, I'll definitely have to get myself to Cedar Point for this! Looks like one great coaster for sure!

The lap bars are different on this compared to other RMC's - has more of a T-Bar type restraint, with a central bar through the middle rather than one either side of your legs.

Wonder what the reason for the change is, especially as Twisted Timbers opened with the previous style.

While not the exact same, they look more like the restraints on Lightning Rod: Tony Clark has tweeted some images of completed Steel Vengeance signage this evening. First we have the ride entrance: Then we have the ride name sign - I can see me wanting to take lots of photos of this with the train going along the track in the background! This looks awesome! I definitely need to get out there. It is a very small complaint, but I’d have liked the track to be grey, to make the steel on wood even more noticable. It is a very minor complaint though, as i do believe this could end up being the best coaster on earth
Top

The TV advert for Steel Vengeance has been released by Cedar Point today!