I'm sure I was the only one to be apprehensive about RMC! I think Lightning Rods multiple issues has proven my fears and apprehension. Not good!
Airtime Machine, Shambhala!
Top

Owen wrote:
The ride has set on fire, expected to be down to the launch/rollback system becoming too hot. 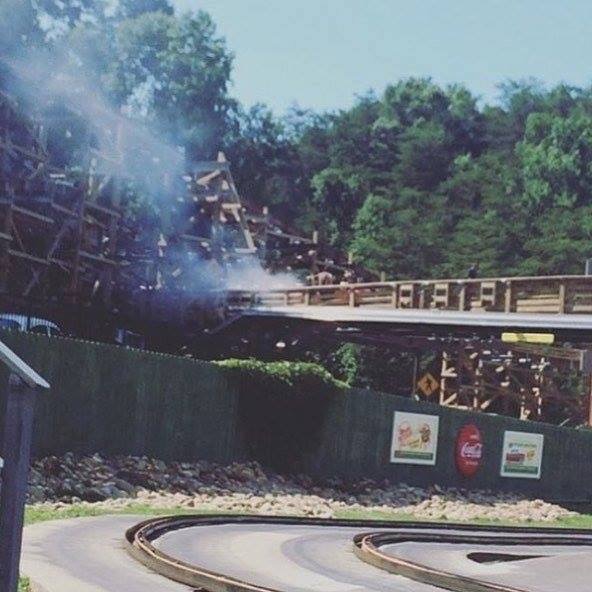 Anyone would think RMC like having their coasters on fire...

That's actually a real shame. Dollywood clearly invested a lot of money and time into this ride and it seems to be facing serious issues. It's also unfortunate that many other RMC coasters are facing issues and I hope that the problem with the trains can be fixed and allow these fantastic rides to continue operation.

In regards to Lightening Rod, it seems like this issue could cause significant downtime. The fire damage will obviously have to be properly assessed and repaired, and then there's obviously the investigation into what caused the fire and the time it takes to fix that problem too. Very unfortunate for both RMC and Dollywood who worked hard on this attraction. It was also lucky that the ride was closed at the time due to the recall as it could've been a worse situation if people were on board at the time.
Top

Again, it doesn't suprise me because LSM's heat up to be able to launch the train. Heat and wood really dont mix.
Airtime Machine, Shambhala!
Top

PIGEON FORGE (WATE) – Officials at Dollywood say a motor locked up on its new Lightning Rod roller coaster causing some visible smoke, a photo of which became heavily circulated on Instagram.

Spokesman Pete Owens says the ride was not open and no one was riding at the time. The ride did not catch on fire. The photo resulted in a number of humorous memes being posted to the social media site, with hashtags such as “#prayforlightningrod.”

Owens says the incident had nothing to do with the recall that forced the temporary closure of the ride only days after it opened to the public. Ride manufacturer Rocky Mountain Construction recalled a mechanical part and ordered all parks that use their rides to shut them down until further notice.

The park spokesman says the motor has already been replaced and the ride will reopen as soon as they are finished replacing the recalled part.
Top

Dollywood have announced three new attractions and two new events for 2017. The most notable of these being 'Drop Line', a 200-foot tall drop tower, and 'Whistle Punk Chaser', a junior coaster.

More details about the other additions are available on their website.

Unfortunately there has been a fire at Dollywood today, and guests have been evacuated from the area effected. As of 4:35PM CST all attractions have been closed however it's yet to be decided if the park will close entirely for the day. The fire is now out but the extent of any damage is unknown.

UPDATE - Thankfully it was a small brush fire, located close to the park's train ride. All passengers were safely escorted off the ride and the fire has been extinguished. No rides, buildings or people were harmed.

Am I allowed to film on the rides here?
Top

CoasterWorld wrote:
Am I allowed to film on the rides here?

It looks like you can’t film on any rides, and you aren’t allowed loose articles on you on the major coasters
Top

What about a well fastened GoPro cam? I know that some of them can be installed on heavy duty vests and won't fall without the intervention of a pair of strong scissors!
Top
Post Reply

Users browsing this forum: No registered users and 104 guests
×