by MakoMania
So, we know that SeaWorld are planning to build a park or parks in the Middle East, possibly Dubai or Abu Dhabi. Park brands such as SeaWorld, Busch Gardens, Aquatica and Discovery Cove could be included, or the company may choose to create a new brand(s) for the new park(s).

It has recently been announced by SeaWorld Entertainment's CEO Joel Manby that the company will construct an animal rescue centre in the Middle East before they open any new parks there, which suggests that a SeaWorld branded park is more likely than not and will follow the current plan to have a diverse array of attractions, from rides to world class animal habitats and shows.

I am super excited for this! Can't be too long until an announcement now.

by theparklifekid
Woo!
I'm moving to Dubai next month, so I'll have Seaworld right next door!

by MakoMania
Things are currently moving along at a pleasing pace with this project from what I understand. SeaWorld CEO Joel Manby recently met with Saudi Arabia's deputy Crown Prince in California which is another positive sign for the project's progress:

by MakoMania
From the Orlando Sentinel:

"The meeting was not related to our previously announced project in the Middle East," SeaWorld said in a statement."We were asked to take this introductory meeting to learn more about opportunities in Saudi Arabia.While it was a wide-ranging discussion, we are keenly focused on our current Middle East negotiations."

by MakoMania
SeaWorld are reportedly hoping to announce expansion plans this autumn, as expected the expansion will not include a Killer Whale facility (a first for a SeaWorld park) and CEO Joel Manby has expressed his vision for a broader mix of attractions, from rollercoasters to animal shows to even nature based virtual reality experiences.

So the Seaworld project is moving forward and hopefully an official announcement will be on the way, however I was looking into this and I found a little bit of history into the park and originally it was announced in 2008 to be located on The Palm Jebal Ali.
https://www.youtube.com/watch?v=C7HO-Zk8hFM
Announcement video.

Now to understand this project, The Palm Jebal Ali was a larger version of The Palm Jumeriah, which was part of a massive off shore development project called "The Universe", this project was massive! It contained a world map made out of islands (each of which would contain something to do with that country), other "Palm" projects, "The Solar System" which surrounded "The World" and contained islands related to the sun and other planets and "The Milky Way" a bunch of islands resembling, well you know.... 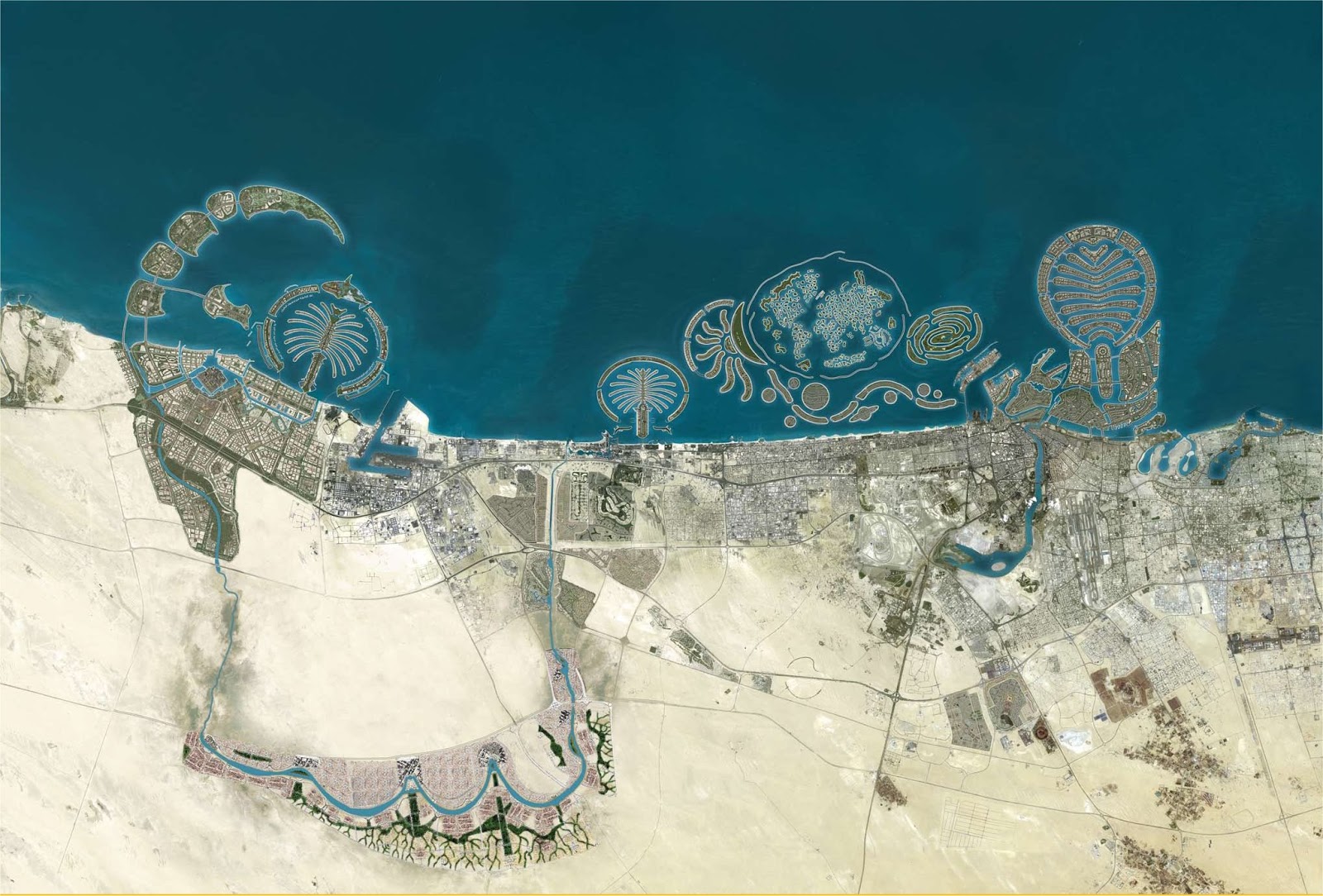 Now Seaworld was going to be located on "The Palm Jebal Ali" which is just north of where Dubai Parks and Resorts is located, it was to be on the north of the palm, which was to be reshaped to resemble an Orca. This Orca island was to also host Busch Gardens, Aquatica and Discover Cove (which makes me feel very sad it did'nt happen). 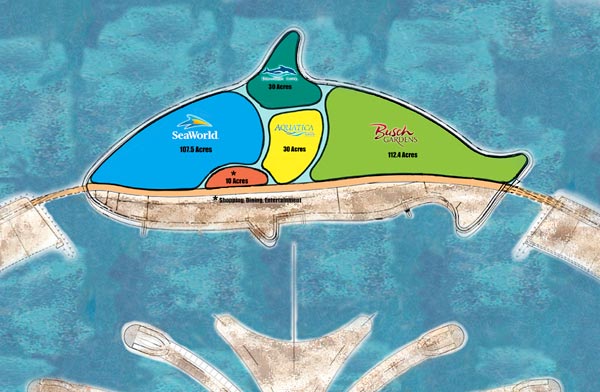 However due to financial difficulties the project was put on hold, as well as the universe, even though a lot of land had already reclamed (the project has now restarted). 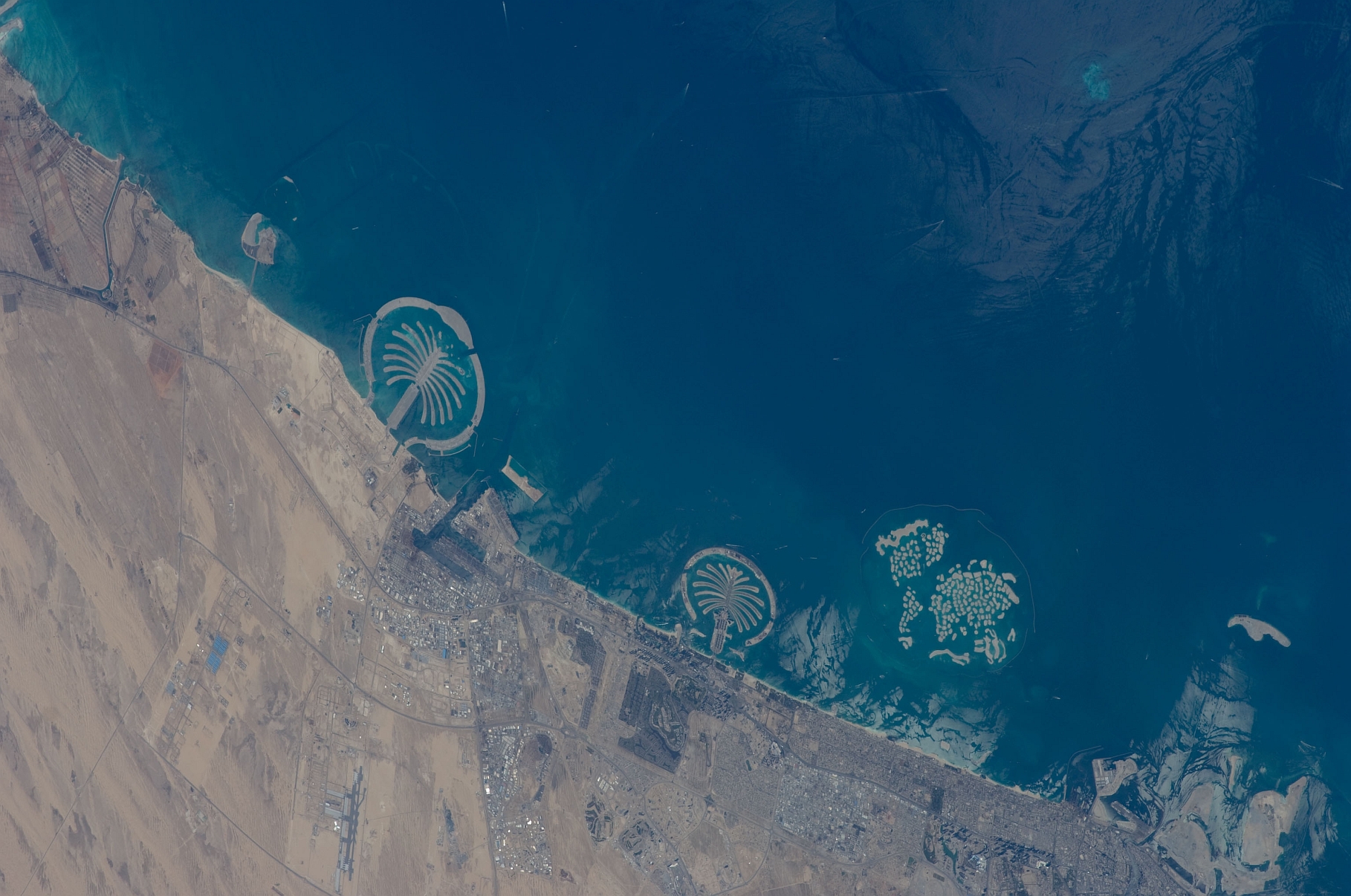 This is what the site of the parks look like today. So this is all sad except.....
Rumor has it that Seaworld will move to Abu Dhabi and will be the fourth attraction to open on Yas Island (Ferrari World, Yas WaterWorld and Warner Bros). Seaworld CEO said “We have moved to a definitive agreement stage, money has changed hands and we’re currently designing the park". He also said that they were hoping to make full announcements later this year. Where its expected to be placed

So this is excellent news and will hopefully happen! I also think that if this is a park that won't house Orcas that will also get it good press also and will be a great investment for the region!

There will be no Orcas in this new park(s).

SeaWorld Entertainment is making progress on Middle Eastern expansion. The company said in a quarterly report filed with the Securities and Exchange Commission last week that "definitive documents related to the Middle East Project were finalized and executed" Nov. 3. The company said it will have more details later this year.

SeaWorld said in 2014 it had signed a memorandum of understanding with a partner to assess the viability of developing Middle Eastern parks.

All of this is very exciting and I have a close friend of mine who just got a job on one of the heads of marketing at Ferrari World and Yas Island, so next time I see her, i'll ask about the project.

by MakoMania
We're looking at something pretty huge here

The park will feature up close animal experiences, exciting rides and a world class animal rescue, rehabilitation and return centre that will open before the park. It will be the largest park on Yas Island.

by theparklifekid
Dam, you beat me to it.

I actually knew about this project first hand towards the end of last month, as I have a friend who is one of the marketing heads on the project, but I was sworn not to tell anyone until its official announcement as they may have gotten in trouble.

Anyway, located on Yas Island, next to Ferrari World, "SeaWorld Abu Dhabi will be the first new SeaWorld without orcas, and will integrate up-close animal experiences, mega attractions and a world-class aquarium, bringing the latest technology in visitor engagement."

The park seems like a great addition to this region and is set to open in 2022.

by Chris
Awesome news. Hopefully we see some nice B&M's to accompany it.

by theparklifekid
I drove past the site of SeaWorld Abu Dhabi yesterday, my camera was playing up so I only managed to grab one good looking picture. 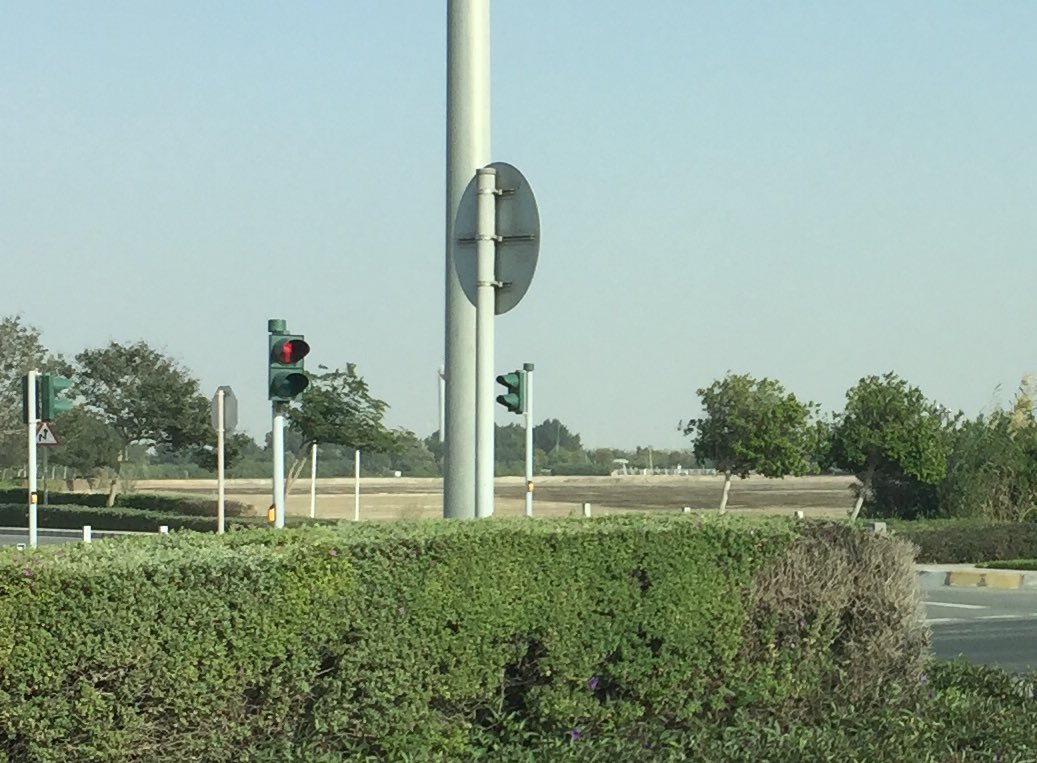 So yeah, its mostly flat land currently, but I'm guessing soon we will be seeing some activity on the site!

In terms of weather its sunny about 95% of the year, the only times its not are during the autumn where it gets cloudy sometimes and it only rains about twice a year. Heat levels are usually about 36*C in the hottest months and the coldest it gets is about 18*C.

The park will be located on Yas Island, which is near the sea. The parks site is only across the road from where one of the rivers flows into the sea, so I'd say it would be very likely for them to do some connecting pipework.

by theparklifekid
Abu Dhabi-based developer Miral has received proposals from consultants for the contract to provide project management services on Seaworld on Yas Island.

Seaworld said in February that its plans for building a theme park in the Middle East were advancing and that it had signed an agreement with a local partner without releasing details, and it is understood that consultants have already been engaged to work on the project.

One of the pillars of the park development is what the company refers to as an “R4 center”: the first dedicated marine life research, rescue, rehabilitation and return center in the UAE, with world-class facilities and resources for the care and conservation of local marine life.

The R4 facility is planned to open ahead of the park. It is intended to provide an important resource for UAE nationals and residents looking to develop or enhance expertise in marine life sciences and will serve as a hub for collaboration with local and international environmental organizations and projects.

Rumours also say that the park will begin construction mid/late 2018 for a 2022 opening.
(Also can we please change the title to "Seaworld Abu Dhabi"?)

by Chris
Done, thanks for the updates

by theparklifekid
Someone has managed to get some good pictures of the current site for the park. As we can see the site has been mostly flattened waiting for some work to begin. This is probably what the site will look like for a while, considering the park isn't due to open until 2022. by MakoMania
Thanks for the continued updates! What's in the pipeline for the US parks is making me very hopeful for this project!

by theparklifekid
SeaWorld Abu Dhabi site as of yesterday: 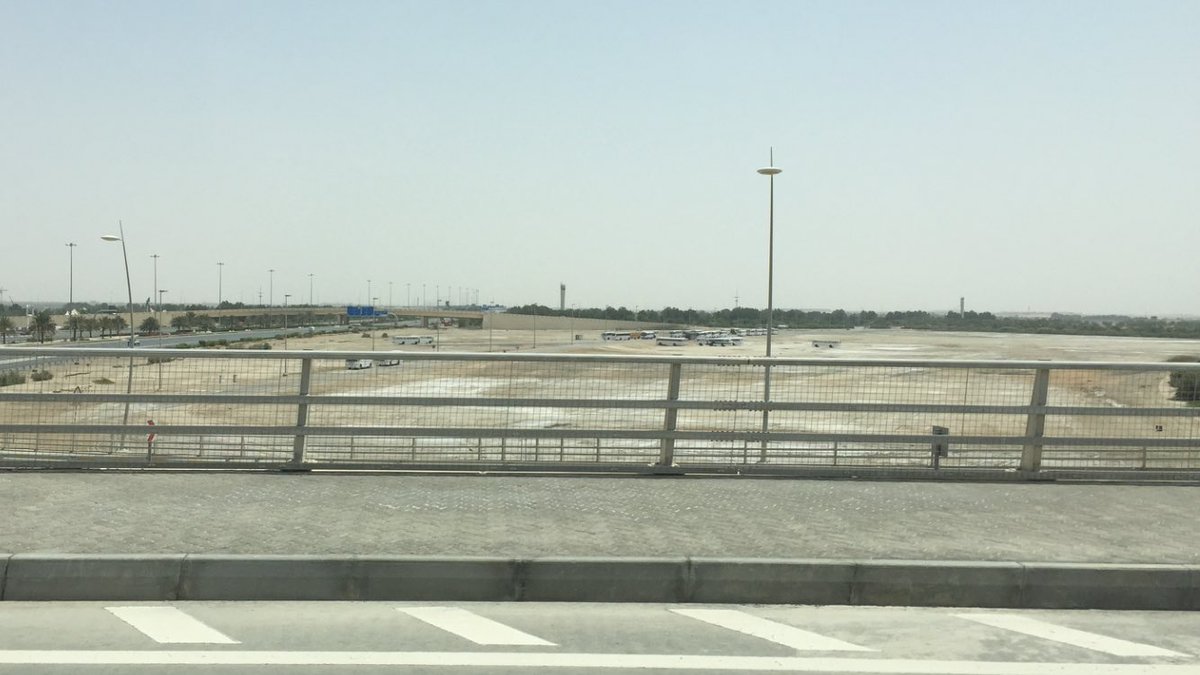