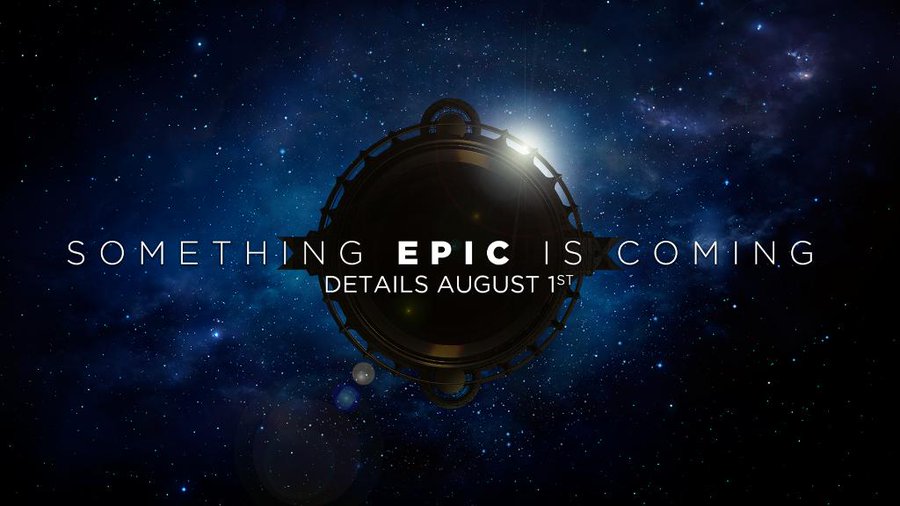 OOOOOoooooo, what's going on here then?

I hope its going to show a fantastic world or two...

There seems to be some interesting rumours flying around for Park 4.

Currently the name seems to be leaning toward “Universal’s Fantastic Worlds” or “Universal’s Epic Universe”. The park will feature a central icon within the park, which will be the first time that the park icon has been featured inside a dry universal park, with the Globe and Lighthouse situated outside the other parks.

The overarching theme is rumoured to be astrology and have a possible steampunk feel with said icon being a kind of astrolabe. Utilising a hub and spoke design (similar to Disney) each ‘World’ will split from the astrology based hub and within each there would be lands for different sections (think Donkey Kong and Mushroom Kingdom being the lands of Super Nintendo ‘World’). Current expectations seems to be that there will be Worlds such as Super Nintendo World, Fantastic Beasts World/HP Phase 4, Universal Monsters World and Dreamworks World. There’s also rumours of the long rumoured and anticipated introduction of Lord of The Rings and Middle-earth to finally get it’s own world inside the park. Meanwhile Jurassic World is very unlikely to have any presence within the park.

Another interesting rumour is that the main hub won’t require a ticket to enter, and would be open to the public much like Citywalk. You would then have a ticket to gain access into each world which can be accessed from the hub area.

Of course none of this confirmed and is rumour (besides Super Nintendo World and the two park names having been trademarked). The announcement on Thursday is currently surrounded in a lot of mystery with nobody having any idea on how much will be announced, however I wouldn’t expect tonnes at this point!


In other news, the Jurassic World rollercoaster has had a name trademarked for it, “VELOCICOASTER”.

I can see them trying to isolate the worlds but having turnstyles for each section seems like it'd be a poor decision.

It discourages crowds from spreading around the park evenly. Families where some want kids rides, some want white knuckle are less likely to split up so you'll get more boring waiting. Universal would have to hire many times more people to man the turnstyles. Imagine if they get another Hagrids situation and everyone wants to go to the Wizarding World. People will be crammed in the area. Suppose it hits capacity? The turnstyles will get mobbed whilst they wait for them to re-open again.

That aside this looks like Islands of Adventure taken to the next level and I'm seriously excited about it. Hoping for an explosion of info on the first showing everything at once, rather than just a dripfeed. If it's just a name and logo, it'll probably be the case that the rides will all get completely leaked before official announcement (as happens with every Universal ride). I remember a while before Islands of Adventure opened, they had this walk in preview of Islands of Adventure where each room was themed to each island and they had models and details of every attraction. Made me really excited to come back once it had opened for real.
Top

There are now rumours that the Thursday conference will also feature announcements for both existing parks too.

Universal have recently posted an image of eggs claiming that something is hatching soon, with the location being the Jurassic Park Discovery Centre. This has people wondering if the “VELOCICOASTER” could be announced on Thursday.

There is also speculation of a ‘Hobbs & Shaw’ refresh of “Fast & Furious: Supercharged” due to a trademark for “Fast & Furious Presents: Hobbs & Shaw” being filed for use for entertainment and theme park use. Personally I’d only anticipate a similar situation to previous ‘Fast’ releases where cars from the film are shown off in the park over its release. 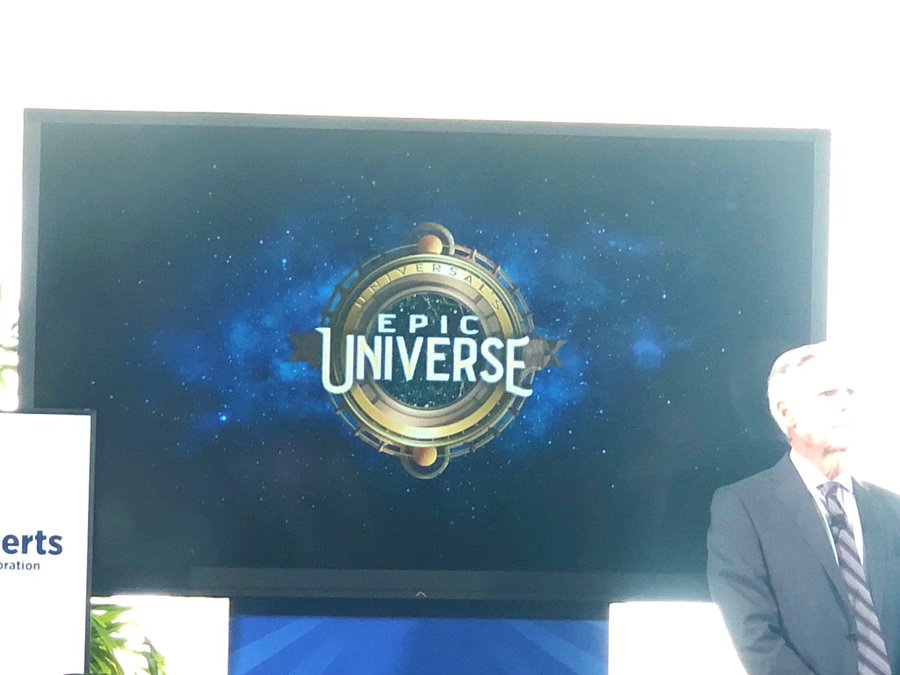 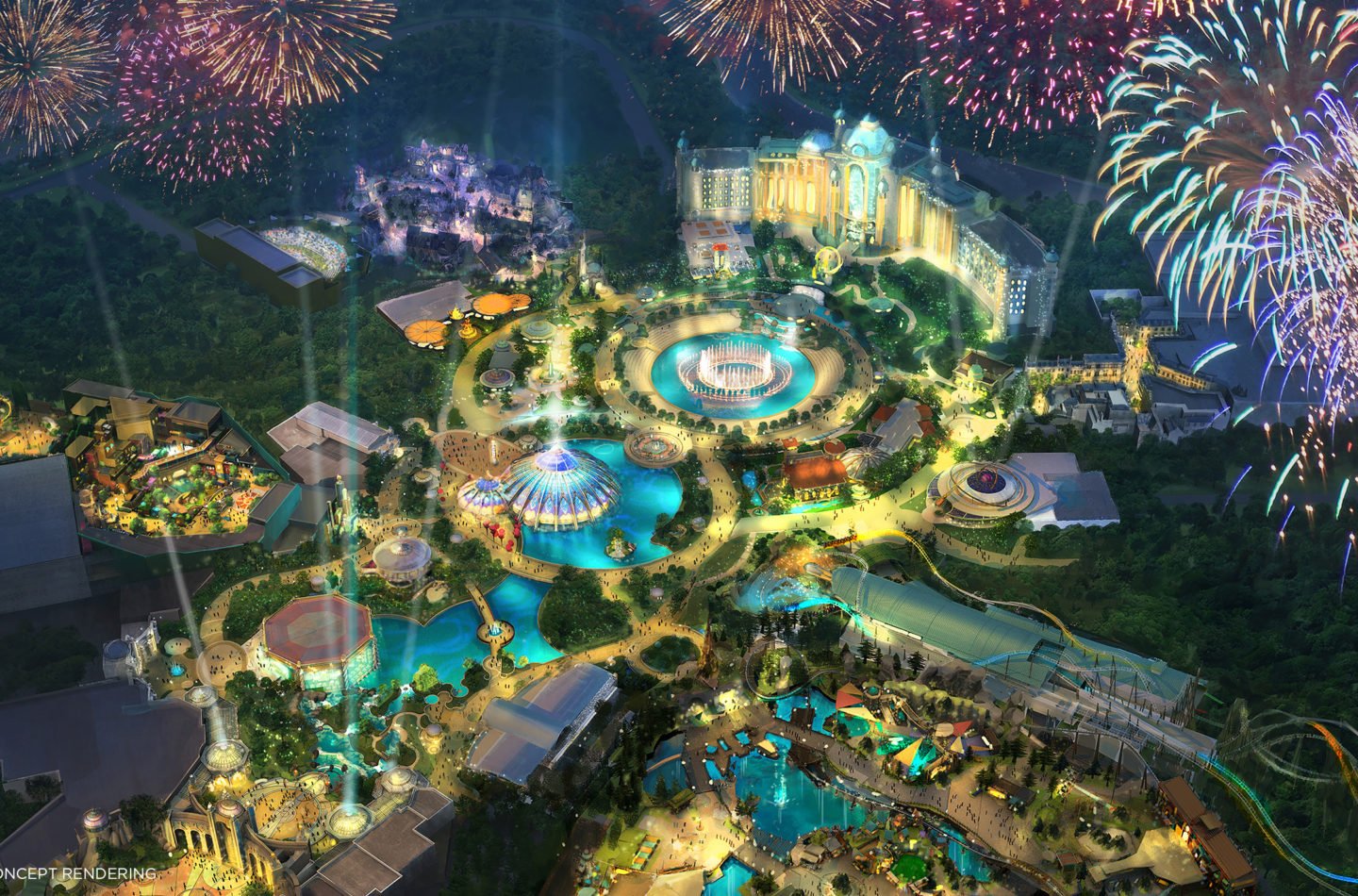 After what feels like years of waiing NBCUniversal have officially announced their 4th theme park at the Orlando Resort... 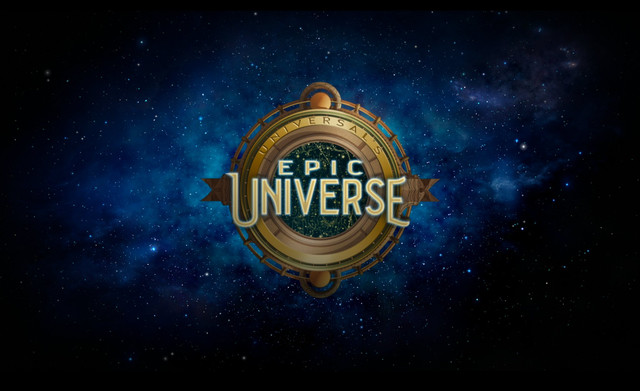 This park marks a new chapter in Universal Orlando Resort's history, and the theme park industry as a whole. According to Tom Williams, CEO of Universal Parks and Resorts, Epic Universe will be the biggest and best parkl Universal have created. The park, along with it's hotels and shops, will add approxiumately 14,000 jobs at a base pay of $15 an hour.


Where is Epic Universe?

Epic Universe is supposedly 12 minutes from the current property, with Universal pushing for the new train from South Florida to stop outside the Orange County Convention Centre, which is next door to Epic Universe. 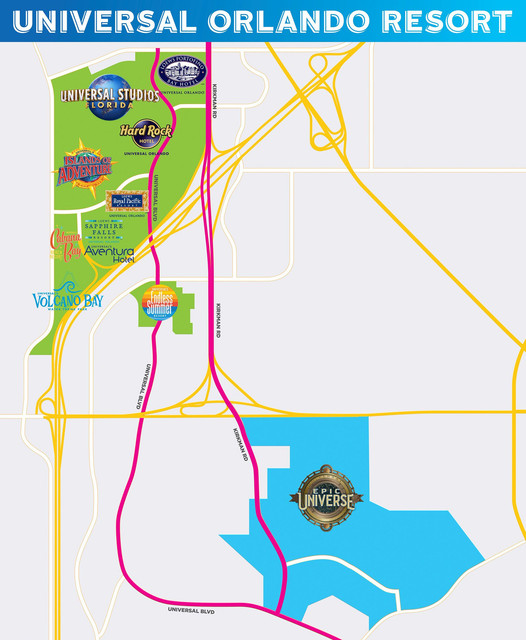 Excitingly, Tom Williams commented that the blend of physical and digtal technology seen in Hagrid's Magical Creatures Mototbike Adventure will be adopted for Epic Universe.

We aren't expected to recieve many more details today, howver, speculation has already erupted after seeing the concept art below. 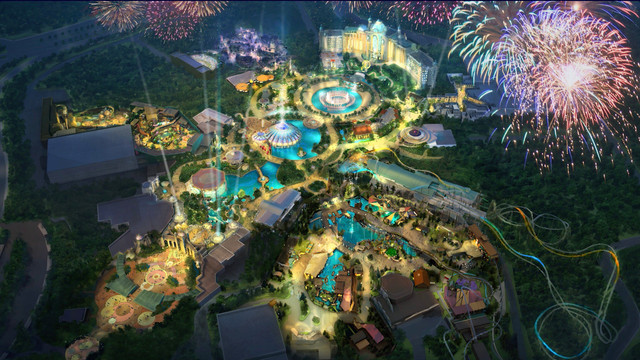 Worlds that are seemingly confirmed in the concept are...

Super Nintendo World (Bottom Left)
Universal Monsters (Top Left
Fantastic Beasts (Top Right)
How to Train Your Dragon (Bottom Right)
The Hub Area including a Dueling Launch Coaster
The large building at the back of the park is expected to bew a hotel overalooking the park.

Check out the full announcement filmed by Attractions Magazine below!

Looking closely at the park image they seem to have gone to great trouble to remove identifiable themeing. Super Mario Land is only obvious because the layout is known, the rest are more a process of elimination.

It seems as though the ride system testing for Donkey Kong has been spotted. A Reddit user spotted the ‘over the top’ coaster prototype from ‘Setpoint Inc’ testing, which is widely believed to be the model of the Donkey Kong coaster. Check out the video below!

Reminds me massively of Steeplechase, both in terms of track and the mild acceleration. Given that ride relies on how vulnerable you feel for thrills, its probably going to be a fairly tame coaster that competes with big thunder mountain.
Top

abigsmurf wrote:
Reminds me massively of Steeplechase, both in terms of track and the mild acceleration. Given that ride relies on how vulnerable you feel for thrills, its probably going to be a fairly tame coaster that competes with big thunder mountain.

It should be noted that this is only a prototype model, and the manufacturer does claim to produce a version that can invert and such. This could mean the coaster itself may feature some far more thrilling sections. I believe based on the concept we could see a launch!

That being said, I’m personally expecting the ride to be a mix of airtime and tight turns and so Thunder would be a good comparison. I’d expect Universal would want this to be a stepping stone before the rollercoaster seen in the alleged How To Train Your Dragon world and the rumoured to be “insane” duelling coaster.

Some good digging by Orlando Parkstop as to what we can expect for the How to Train your Dragon area. Looks like it's has the first non-nintendo ride where we know 100% what it is (Sky Fly flat ride).

The coaster looks interesting, doesn't look like there are any notable drops and the supports in the art suggest it's not an inverted coaster. Extremely large footprint, looks to be fast and smooth whilst being fairly high up most of the time. Given the height is likely to be a key feature I wonder if the ride vehicles would take advantage (riding on backs of dragons maybe even a family wing coaster?).
Top
Post Reply