Heard a great comment from a kid on Friday, we were heading out of X sector and he was going the opposite way with his parents when he made this observation with that earnest way kids do so well:

Pointing at the Smiler: " why would ANYONE smile on the Smiler?"

I dunno it just got me giggling like a loon
Top

Heard this at Thorpe park, in the queue for Rush:

"The Hulk is the roughest ride I've ever been on"

Heard in the queue for Vampire.

I paid almost 30 quid for us to get in and stand around in queues all day! I won't be returning.

You're at a popular theme park on a reasonably quiet day with low queues. You're in a 15 minute queue for The Smiler, and a 15 minute queue for a brand new ride. I saw you walk round nemesis 3 times. The only rides which had excessively large queues were Galactica before 4 and Spinball...

I'd get it if all the rides had hour long queues. They weren't very nice to listen to with the stuff they were saying let's say.

On a more light hearted note. "What, yeve already been on the sea world without us. I only came to go on the ice age and sea world. What even is the sea world anyway? They then headed over to cloud cuckoo land on the skyride and missed out on ice age 4D by maybe a couple of minutes

Was queuing for Rita on Friday when a family in front said "Remember that ride we rode on holiday, it was life-threatening. You got to the top and went straight off the edge of the track"

lf2001 wrote:
Was queuing for Rita on Friday when a family in front said "Remember that ride we rode on holiday, it was life-threatening. You got to the top and went straight off the edge of the track"

Maybe x scream I think it is

Other week queueing for Galactica a kid in front of me said "guys this used to be Nemesis, and they rethemed it to this and it now includes AR"

Made it worse when his mates asked how he knew it and he said he was the worlds biggest Alton Towers fan and knew everything about the park... 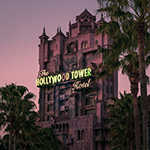 It's not something I overheard but rather read in the comments on a youtube video. This guy said:

I don't think I could face palm harder

Not at a park, but about one. At the Toby Carvery today:

Also, I'm pretty sure that carver got through more people per hour than Vampire does

-going past Nemesis on the monorail-

Boy (pointing at nemesis): Is that Galactica?
Mum: No it's the corkscrew.


-Talking to some worker just outside the smiler-

Worker: Yeah, this has 18 twists and the one at chessington has 10 twists.

According to him the RCR is also the world's first RCR.


My dad: Yeah, let's go on the nemesis


My dad (pointing at the smiler): Yeah, this one is just like the nemesis, you just go upside down more.


-in the galactica station-
The headsets go black just before dispatch, and some woman takes her headset off and said that the headset wasn't working.
The train then dispatched...
Top

I was just getting off Runaway Mine Train:
- Really bored looking kid in his early teens waiting for his mates to get off: "Come on, we've been on this 4 times now and its for kids, I want to go on something scary"
- One of his friends: "no, we're going on Rapids again"

Getting off Rita (the double-sided shelves where you collect your bags from the opposite side you put them in)
- Man to his wife: "Oh wow look, the bags have moved to the other side. Isn't that clever?!".

On Skyride:
- Infant kid to her dad: "Wow look at the ducks down there". Then in a really concerned voice: "Daddy, what would happen if this fell off and we landed on the ducks?!".

Best one of all: I was out front by the Corkscrew waiting for my other half to go to the toilet before we left.
- Little kid: WOW DAD, LOOK AT THAT!
- Dad: That's the Corkscrew. Did you know I've been on that when it was a ride? It used to be in the park
- Little kid: WOW REALLY!?
A monument to greatness. I hope many other future coaster kids react like that to the old legend

To the confused shoutbox people, I heard someone say "have you been on the infernus yet" I asked them if they meant nemesis inferno.. "no the infernus, the alton towers copy" they also said the oblivion.

On a smarter note, my little cousin was complaining about the Galactica promo image, I asked him what was wrong with it...
he replied "That's vekoma track I think, why don't they use B&M track?" I trained him well

What does everyone think to these changes?

What does everyone think to these changes?

Since then they've also updated The Smiler to 'Smiler' 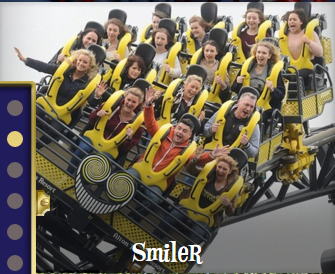 Users browsing this forum: No registered users and 5 guests
×