I noticed that people have started to talk about Coaster Corner being used for SW7 in the 2013 topic. It's extremely unlikely that this will happen as anything too high, loud or something that will make people scream can't be built there due to how close it is to Alton village.


However, something may go there in the future; probably something related to Cloud Cukoo Land. What would you like to see in Coaster Corner? How would you like it to be themed and set out?

I'd like to see some kind of talking animatronic creature to act as a draw into that area on this kind of scale:
http://www.youtube.com/watch?v=zJ39VppTIQk&feature=related

As for a ride, I thought something gentle with a high capacity that looks good when it's in action. Something like Gerstlauer's Dancing Pavillion but themed to some sort of moving tree house.
http://www.gerstlauer-rides.de/products/flat-rides/dancing-pavilion-en-US/

It's quite similar to the Carousel though, so another option could be a Chance Wipeout. This would be the most intense ride in Cloud Cukoo Land but would still be suitable for kids. I'm not too sure how loud they are but they look fun and can have theming placed in the centre and around them to match Cloud Cukoo Land's theme.

So what would you like to see/think we could see?

how big is the space???
Top

Bottom left of the picture :)

Here are a few pics I found on the TT and the web:

As you can see, it's a fairly significant amount of space that could be home to some small kids rides that won't cause too much noise or fuss for the neighbours. :P

"BigAl" wrote:
Here are a few pics I found on the TT and the web:

As you can see, it's a fairly significant amount of space that could be home to some small kids rides that won't cause too much noise or fuss for the neighbours. :P

Do you take Early Learning Centre or Monopoly money? :P

A reasonable sized area that could fit dectent rides in.

What about noise restrictions though?
Top

I do as it happens :P
Top


Also, what about a dark ride or something mostly enclosed to help reduce the noise?

All 3 of the above would fit.

What about a really spectacularly themed outdoor play area? Something like these: 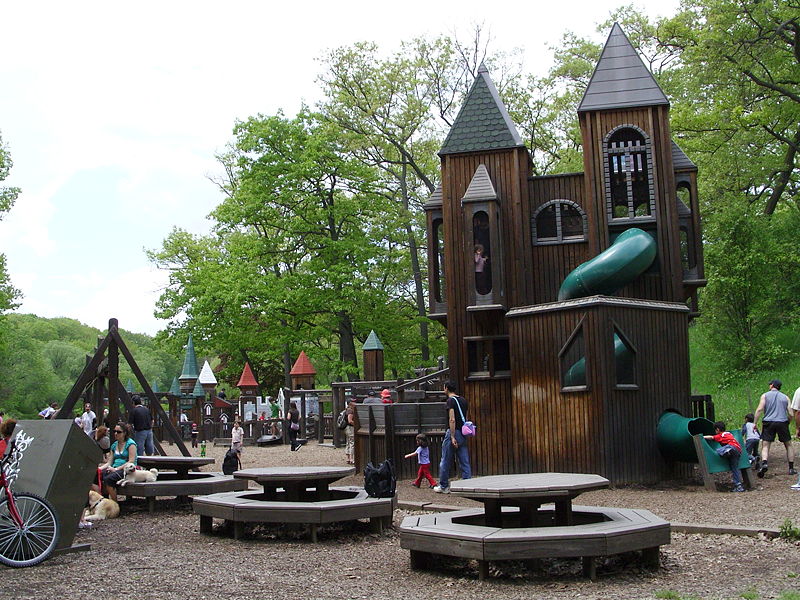 A colourful play ground with a few static creatures wouldn't cost as much as a new ride and it would have a much larger capacity and allow children to wear themselves out quicker! :P

The indoor play area is naff (and it was when I was little as well) and nothing beats a great big out door adventure playground! :D The Dung Heap isn't on the same sort of scale and is at the other end of the park.

Weren't there plans for an adventure playground in Katanga Canyon once?

I'm not entirely sure if it's Katanga, but it looks that way "Mystic Temple".
Top

"BigAl" wrote:
What about a really spectacularly themed outdoor play area? Something like these:

A colourful play ground with a few static creatures wouldn't cost as much as a new ride and it would have a much larger capacity and allow children to wear themselves out quicker! :P

The indoor play area is naff (and it was when I was little as well) and nothing beats a great big out door adventure playground! :D The Dung Heap isn't on the same sort of scale and is at the other end of the park.

TBH when they finally get round to moving/selling spinball and restructure the farm/storybookland/Adventure land (I can see them getting rid of spinball, and the big top thing, planting trees about 40m behind it, next to the road there and merging all three areas into an area similar to Nickland, but a bit bigger and have it like a massive all for the young families area with perhaps a large family coaster ( similar scale to Spinball, but better thought out, perhaps a starter looper the niche corkie filled in its final 8-10 years, perhaps like Indiana jones ride at DLP) whilst also encroaching into the woodland behind spinball, a small family coaster (ala Wooden Warrior, but more compact, even if it's just out and back instead of T shaped) and a small junior coaster ala vekoma 207m. Then have all the farm stuff, a better playarea like you said and perhaps one or two more family flats and it would be a really solid family area then.

Regarding CC, the ten year plan said it was a possible coaster site, so it's clear it will get built upon eventually, and it is a good size about 140m by 80m if you don't include all of the staff stuff, but that could be moved/condensed, giving an area shaped triangle of about 140m each side, more than enough room for a solid area. The trees there are of fairly good size with them being about 60ft, however there isn't great depth the trees like there is in Dark Forest which is the only major difference, as the distance from the village is about the same. The land is no less undulating than Dark Forrest's land. This could perhaps be a possible re-location of Spinball. Then I'd like some dark rides there TBH, there's enough room, if you're only entering from one direction you don't want the area to be massive due to bottlenecks and there is good space for a dark ride. If there is only one entrence (logic would say from CCL) to the area then it has to be young family stuff, but if there's a route from X-sector too I think that you could have a higher thrill coaster and one that's not as thrilling to get good balance, but then you'd loose room for a dark ride if you weren't moving the staff portacabins and whatnot.

Will be the next bit of clear land to be built upon IMO if SW7 isn't on the air car park, which I don't think it will.
Top

What if Magic HQ and some of the Offices where move up here?

It's a shame the SkyRide storage is at the outer side of the park.
As it would open up a vast area for attractions.
Top

hmm, loks big enough for another wharehouse to go there for another dark ride perhaps?
Top

Coaster Corner would ideally need to be themed to CCL, which I know is a childrens area, but would that stop them from adding one of these? :P

The great thing about the Gerstlauer Sky Roller is that it's unique (only 1 in operation), it's a step up from the Twirling Toadstool and it can be themed to the colourful CCL. It's also quiet and is suitable for children who want to glide around but is also great fun for accompanying parents or more daring youngsters who might want to spin upside-down a few times (Flight of the Gods restrictions: without an accompanying adult as of 7 years and 1.25m).

Alton Towers like unique and it doesn't really get much better than this for a flat ride. They can also do a 24 seat version too which would be better suited for them and it would be the first of its kind in the world! :D

Okay, it might just be me being greedy and wanting one of these in a kids area! :P

This is very interesting.....

Nice to have a good bit of speculation that we don't have any idea about....

I agree with somebody's comment about a dark ride. As we all know, Alton Towers have a history of creating really good dark rides. (Let's just forget about Charlie, for now, and as for Duel, what was once the Haunted House was amazing). The Towers need to get back into the dark ride game. They are what made the park special, I find. Anyone can do rollercoasters, but not everyone can do dark rides like Alton Towers. If only we got an amazingly themed (probably children's) dark ride in Coaster Corner, it would be an amazing addition to the park, and it would add so much to the themeing of Cloud Cuckoo Land.

And if there was one, I'd love it to be the home of that Snorlix thing. :)
Gaga ist Kunst
Top

Why dont Alton replace spinball into the location of Coaster corner, this deffinitly summs up some space for Old Macdonalds Farmyard to be extended into Adventureland which gets rid of the out of place area.
The Spinball in coaster corner could maybe re themed into a completedly different theme. A few flat rides could be added in the area, including eating places and games, but what does everyone think the theme maybe could be. I personally wouldnt want another childrens theme.

Users browsing this forum: No registered users and 54 guests
×