Surprised that there isn't already a topic for this! (Unless it somehow didn't get spotted).

There's no doubt that The Towers Ruins, Gardens and Estate is incredibly important to Alton Towers, but it is often overlooked by many guests and sometimes even the community. The Estate may be beyond it's prime but there's still many stories and interesting little bits to explore. And with the recent application for the restoration of the Banqueting Hall's signature window, what better time to start the discussion. 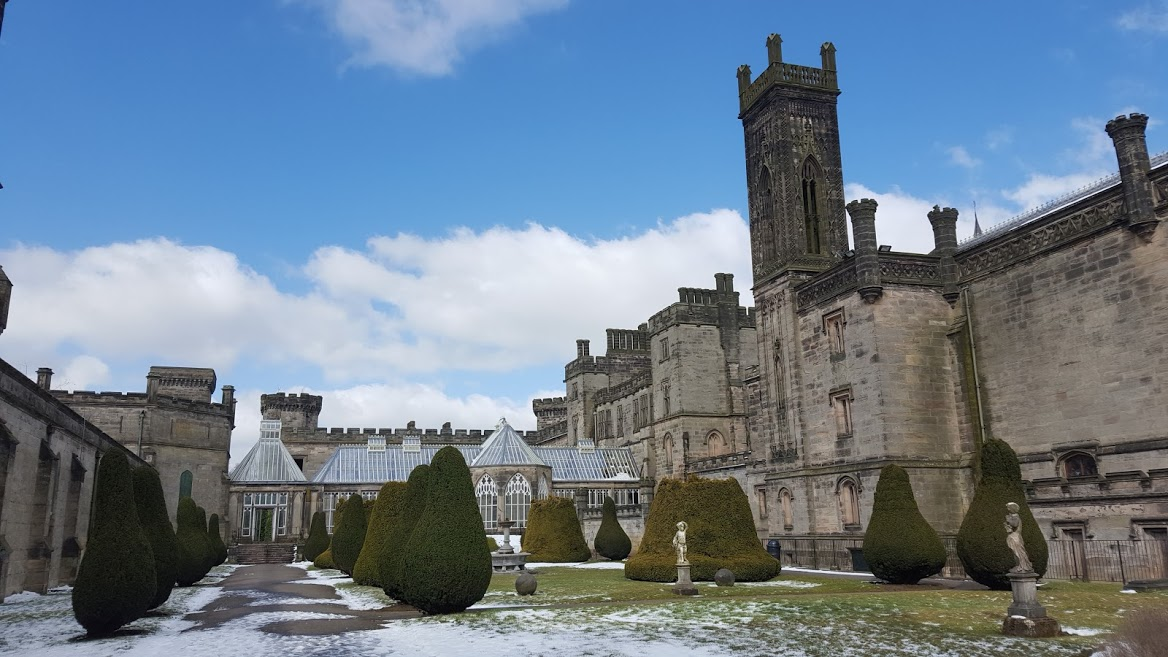 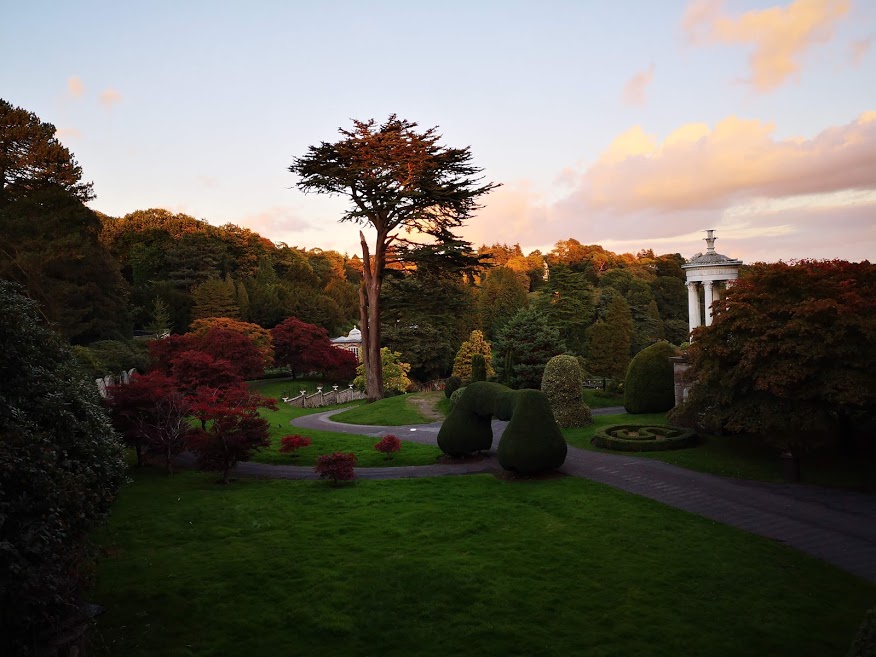 There's so much to see and it's more than certainly worth your time when you're at the Resort! Happy discussing.
Top

My favourite part of the resort is the heritage to be honest, particularly now that I'm old and grumpy to actually go on the rides. I love going for a wander around the Towers and the gardens, there's so much to see!

For those interested in Towers heritage, the various iterations of Michael J Fisher's books are excellent resources.

There are plenty of random things that I can contribute to this topic, so I will endeavour to do so in the near future.

I really like the Towers and the Gardens. They are historic and without them, the theme park would have never been built!
The Gardens are a great place to relax during a busy day, too.
https://gallifreybase.com/gb/members/derpyquark.88792/
Top

Believe the bit you're on about is the Ice House? Haven't been in there yet- first time there was some weird smoke coming out from it so we'd thought we'd leave whoever was there to their own buisness; went a few weeks back to see it boarded up!

My Favourite bit? Probably the little bank in front of the Conservatory. The view across the valley with the millions of colours is breathtaking. 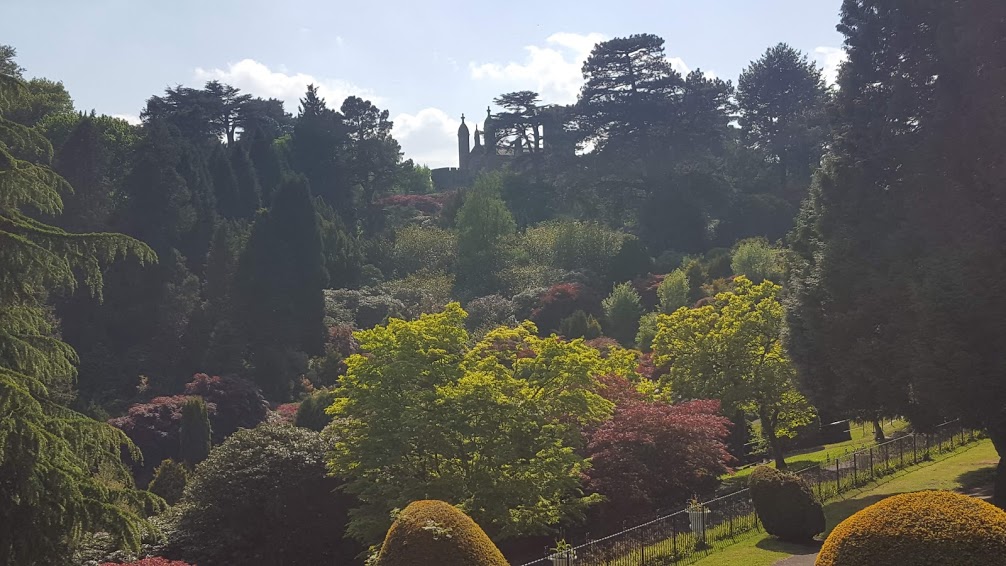 Walking through it is pure joy too. 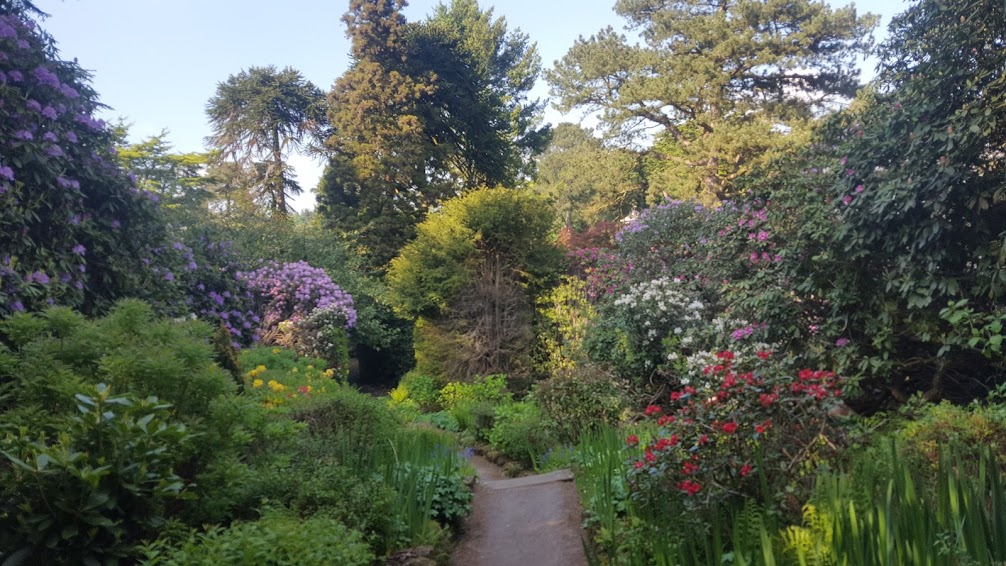 And it's even more gorgeous in Autumn. 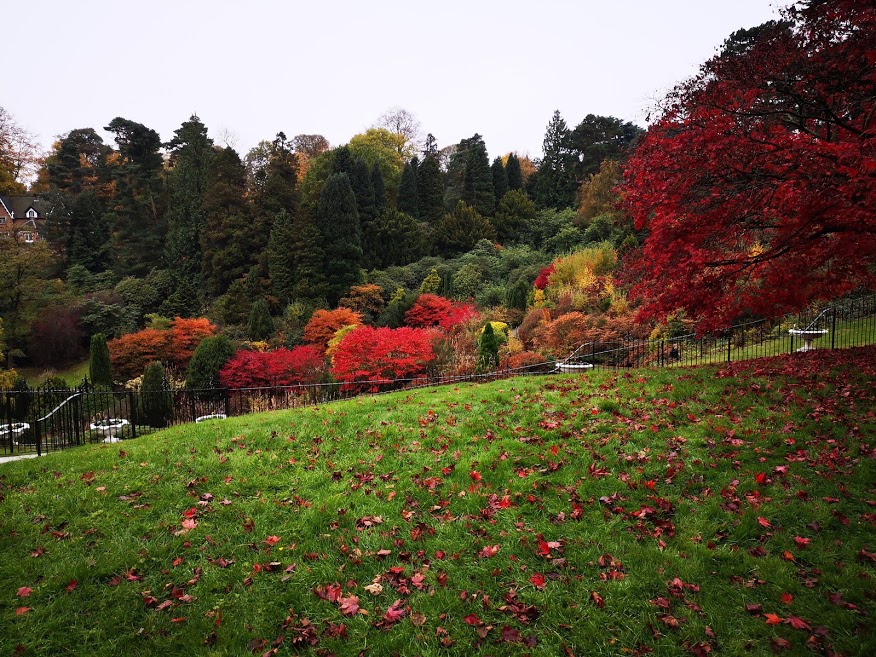 My favourite part of the gardens has to be the pagoda fountain. I haven’t seen it on for a while but I’ve always been impressed with the huge plume of water and how enclosed and special the area feels.
Top

"The Golden Gates lead from the gardens into the Rock Walk, which winds on the face of the cliffs for more than a mile, through the plantations to a huge projecting rock, called Ina's Rock, in memory of the Saxon King, who held his parliament under it after his victory, mentioned in the earlier portion of the guide."
Excerpt from an Alton Towers Guidebook, circa 1930

King Ina's Rock is one of the more obscure Heritage sites around Alton Towers.The story goes that King Ina sheltered under the rock and held councils there during The Battle of Slain Hollow, and is where the area gets it's name. Although it hasn't been referenced on any park map since 1988 and is indeed no longer part of the Estate, the rock is far easier to find than you'd expect, and offers beautiful views across the rolling hills.

If you're planning on heading down to see the rock, it's worth noting that as it follows dirt tracks, steep hills and the route takes you through tight nettle beds, it's not something you'd be comfortably able to get a wheelchair or buggy user through. I would also recommend wearing a jacket and long trousers to protect yourself from any stingy bits. There's likely a more direct route that probably avoids these though!

You'll need to start by using a cheeky little public footpath that runs through the car parks of Alton Towers- more specifically, the path right on the edge of the Enchanted Village. Head down here and take a right. 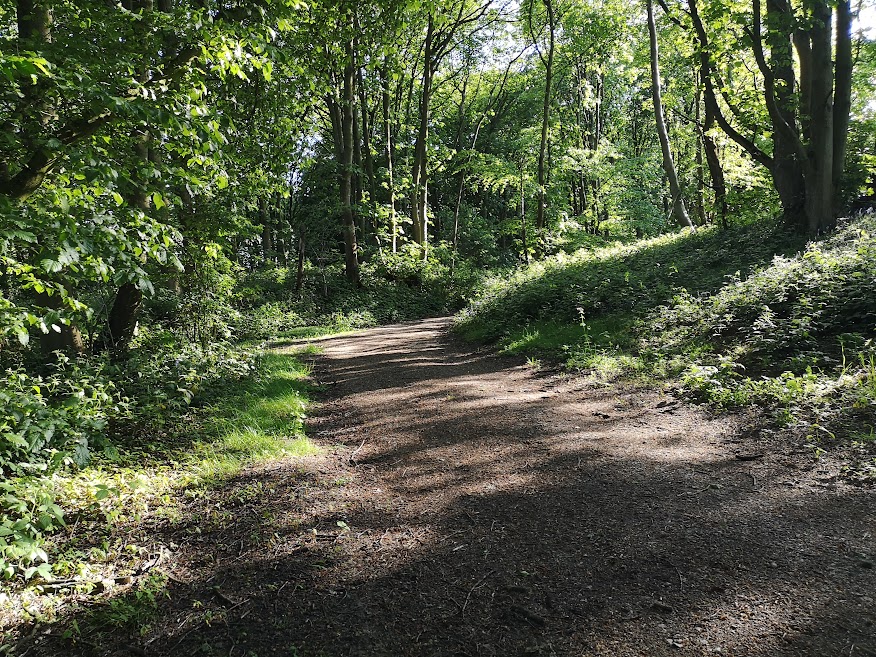 Follow this path as close to the Resort as possible, before you are roughly behind the Treehouses. On the left there'll be a gate- pass through, head down the hill, and carry on right. After you've dodged several nettles and fallen trees, you'll find yourself here- just don't mistake this for King Ina's Rock, as beautiful as it is, although it is worth climbing up. 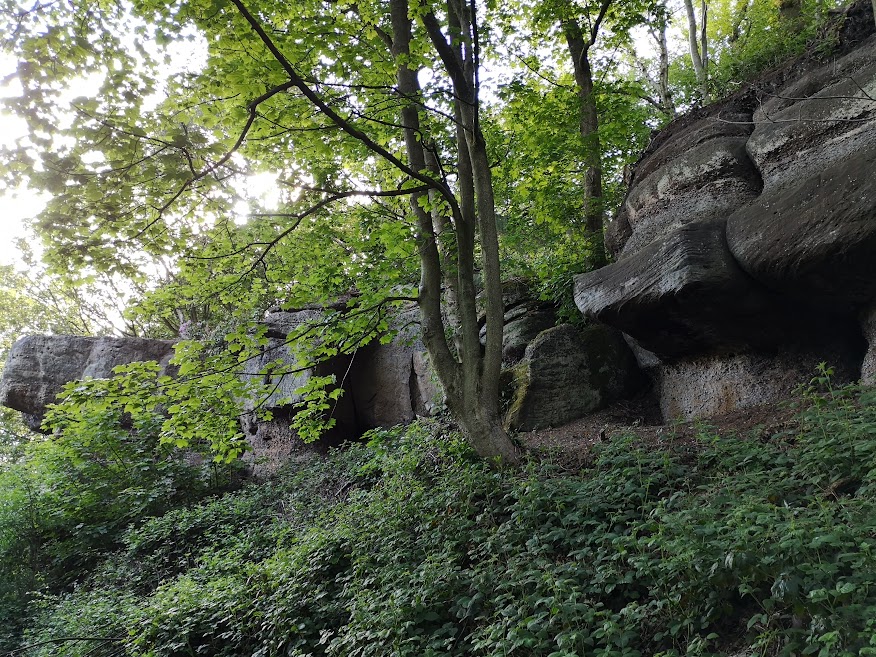 Continuing on the path for another few minutes with even more obstructions for good measure, and you'll arrive at the rock itself. It's quite a sight! 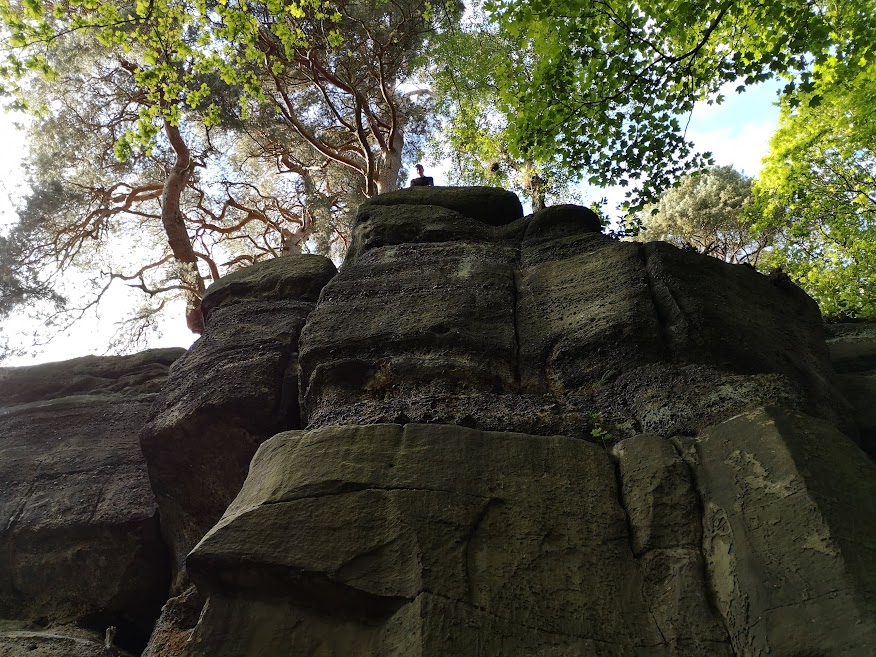 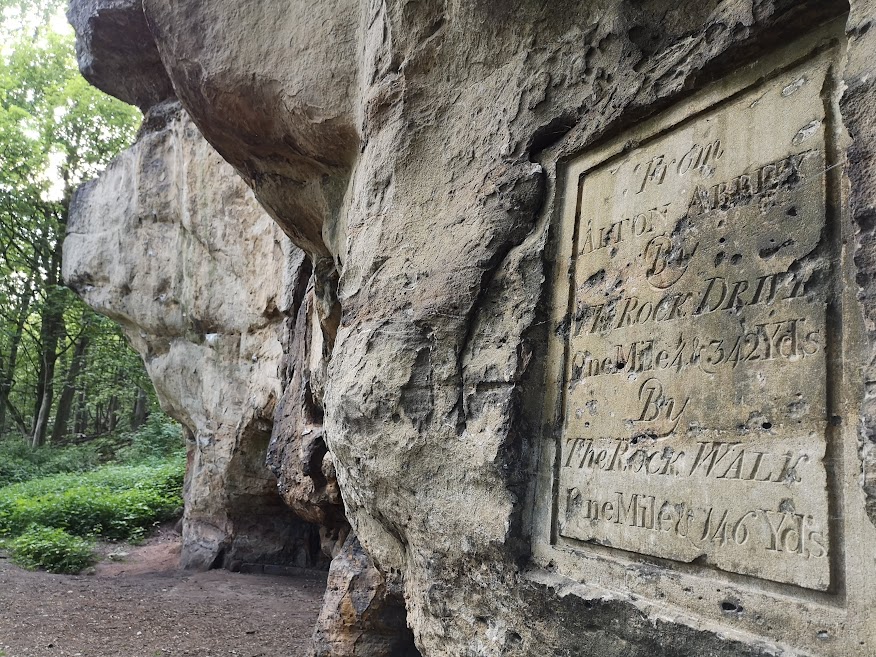 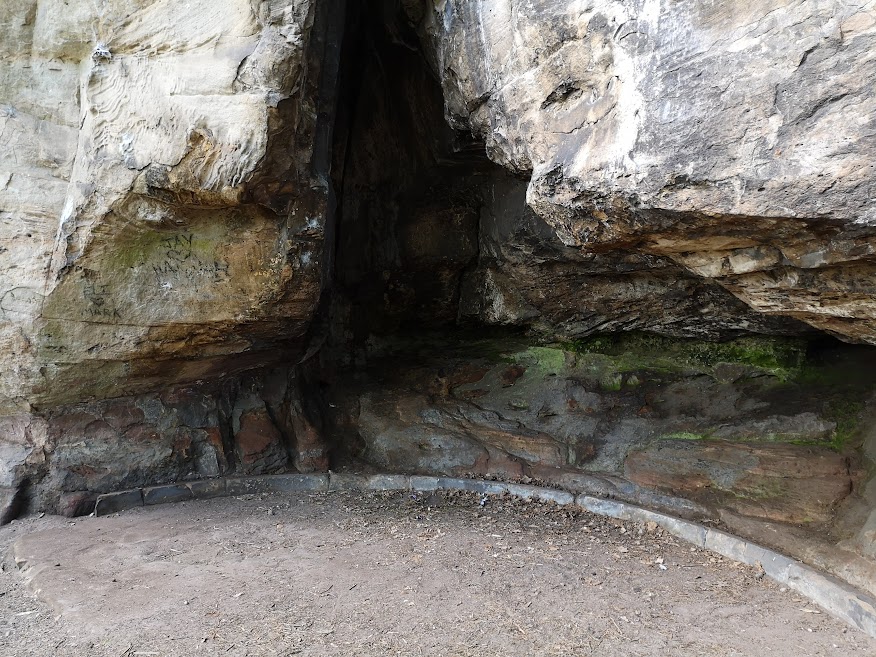 One of the more fascinating bits of the rock is where it seems a carving of a face was once started- presumably of King Ina himself- however this could just be pareidolia!

If you've ever got a spare bit of time whilst at the Resort it's well worth your time to go see the rock. Whilst it may sound boring, it's a lovely area to visit.
Top

Very nicely covered Morgan, I'm glad that i'm not the only person who enjoys meandering around the various tucked away bits of Towers!

Thanks Tom! We had a spare hour before dinner a few weeks back so we went to go see it. Next stop is the old Station, although we didn't get that far as we didn't want to get run over

If you carry on down the hill from the gate, you'll find yourself on the old track bed for the North Staffordshire Railway, where you can turn right for the old station (which is now a self catering holiday let), or my favourite thing to do is turn left and walk to Denstone Hall, where there's a restaurant and lovely shop selling local produce. There is no traffic, and there may be a way of walking past the station, and cutting back via the Chained Oak (might mean walking on the road though back to Towers).
Top

OS extract to help if anyone fancies this

In addition to belpertramps post, here's a high resolution thingamajig that I put together a number of years ago, may be of use to some! Speaking of local abandoned stations, you can also pop a little further along to the old Oakamoor station.

To get to it, you go down a little road called Mill Rd, off the B5417 in Oakamoor (google maps will help!!). Keep heading down slowly and things will eventually be self-explanatory. You'll get to a small, attractive cottage on the right, with a wooden fence and a public footpath sign. At this point, stop and look back at what's behind the fence (but don't try to go that way!)

If you then turn 180 degrees, you can follow the rail line (now just a road lane) down to the station itself. There is a nice, juicy information board there(for the nerds along us), along with other interesting finds, if you have a good nose around. Much less of a thing than Alton station, but still a nice little trip.

Enjoy, and hopefully if you have time you can explore a little further from there and report back!