So this would be my second visit to the park this season and it was a great day indeed, the weather, the rides and the general crowd vibe was great.

Got to the park for 9:45. Went thru to The Smiler for a change, joined the queue and got on the ride around 10:10. I've missed this ride a lot. Such a rush and more speed than i can remember. Next was Oblivion, no change here and was virtually walk on.

Next, We made our way to Rita & Th13teen. Rita had a 15 minute queue so we took the chance since later on in the day it would reach 80 minutes. Such a great ride and i'm starting to enjoy ride of it even more. The paint jobs on the trains are fantastic. After this, we embarked on the longest wait of the day for our group which would be Th13teen at a 35/40 minute wait which on a day like today was lucky. Not much difference but got to ride this on row 9 and such a great experience. 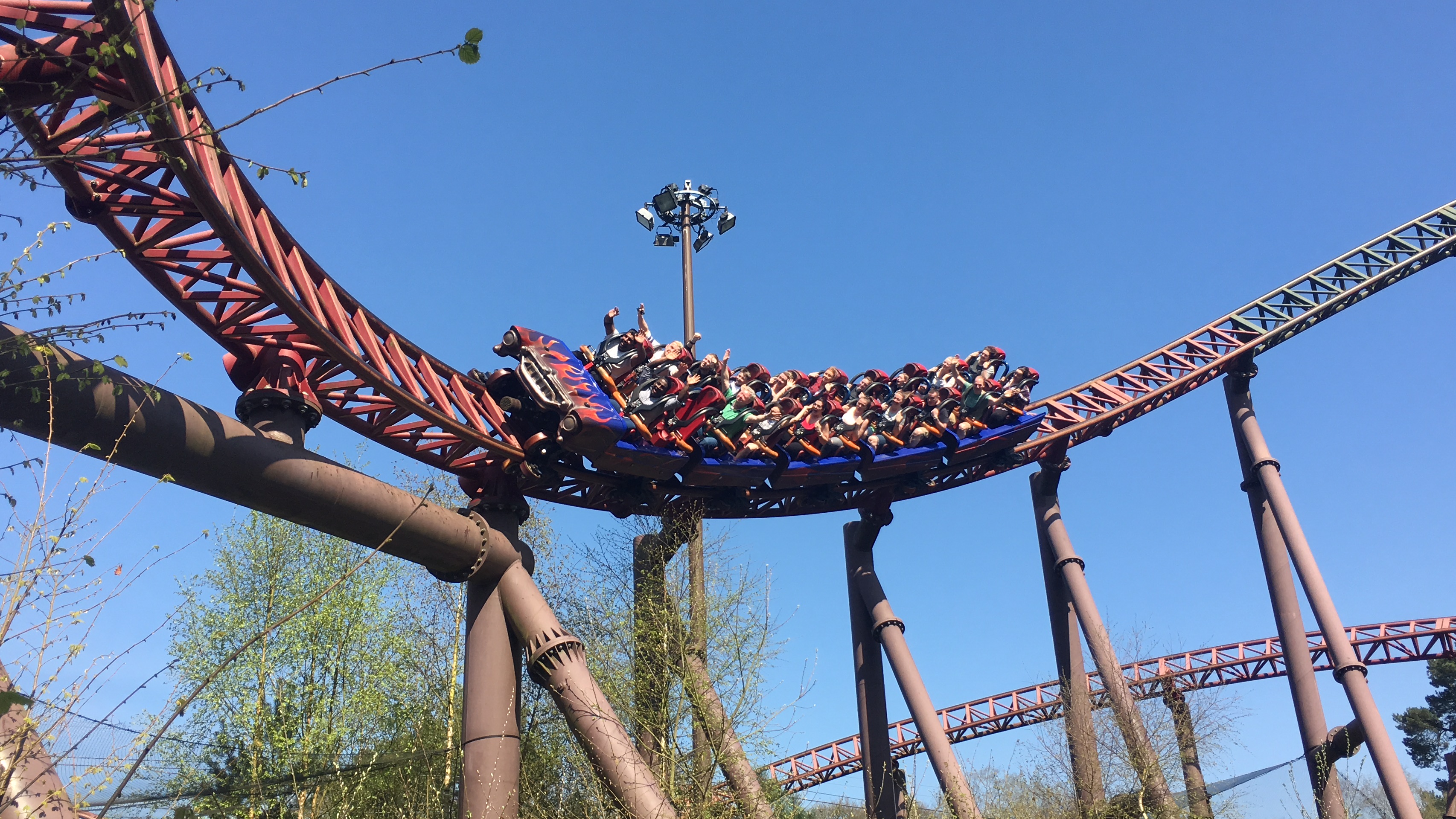 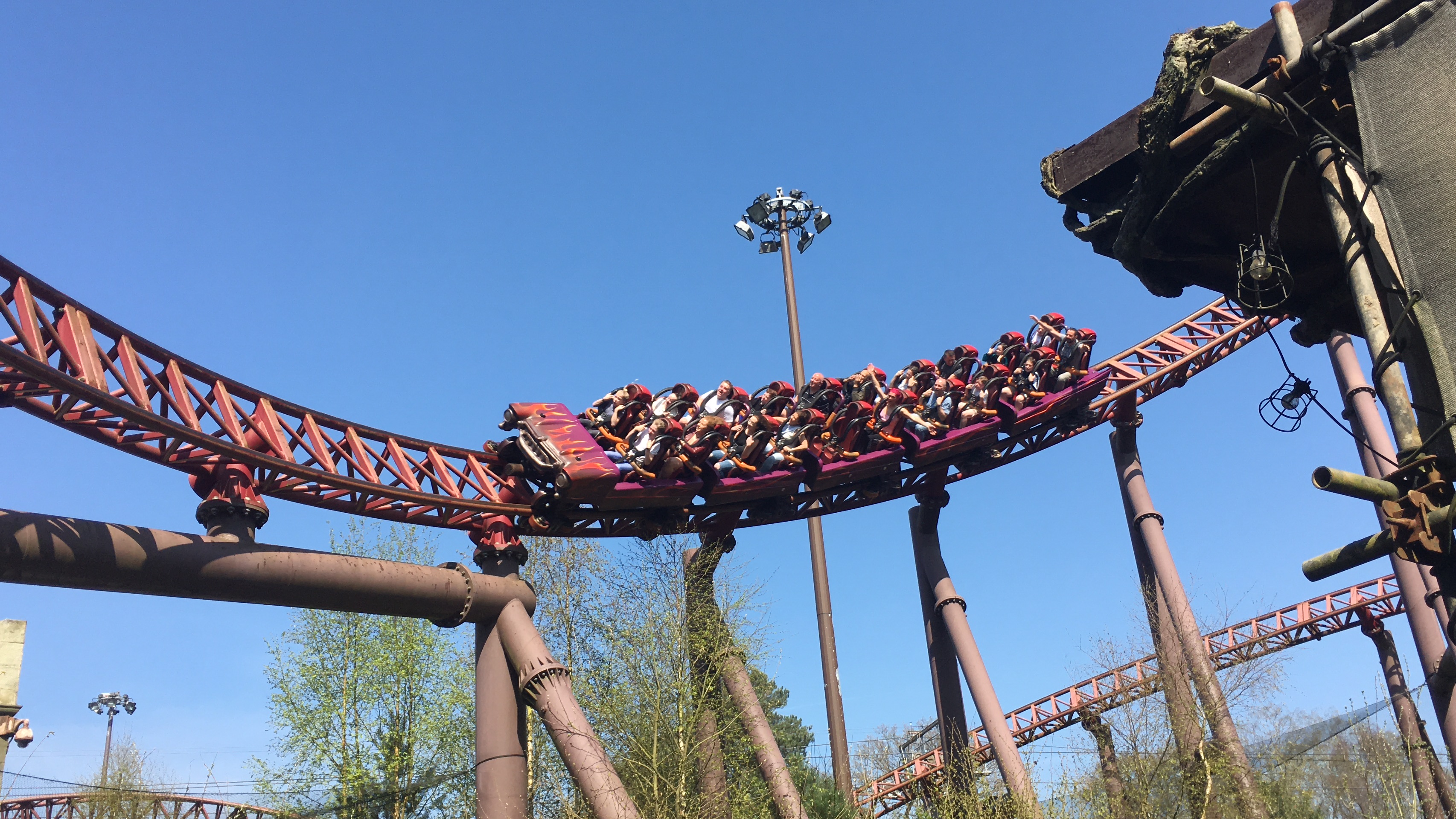 Next we had lunch and then proceeded to Forbidden Valley. Galatica was walk on for most of the day so we had a couple of rides on this. I noticed the VR headset pouches have now changed to a clip lock as opposed to the Velcro ones, i didn't check to see if the new headsets were insides but there was something inside. Is this a sign that it will be returning soon? Who knows. After this it was Fright Time and Nemesis was just as great as ever. 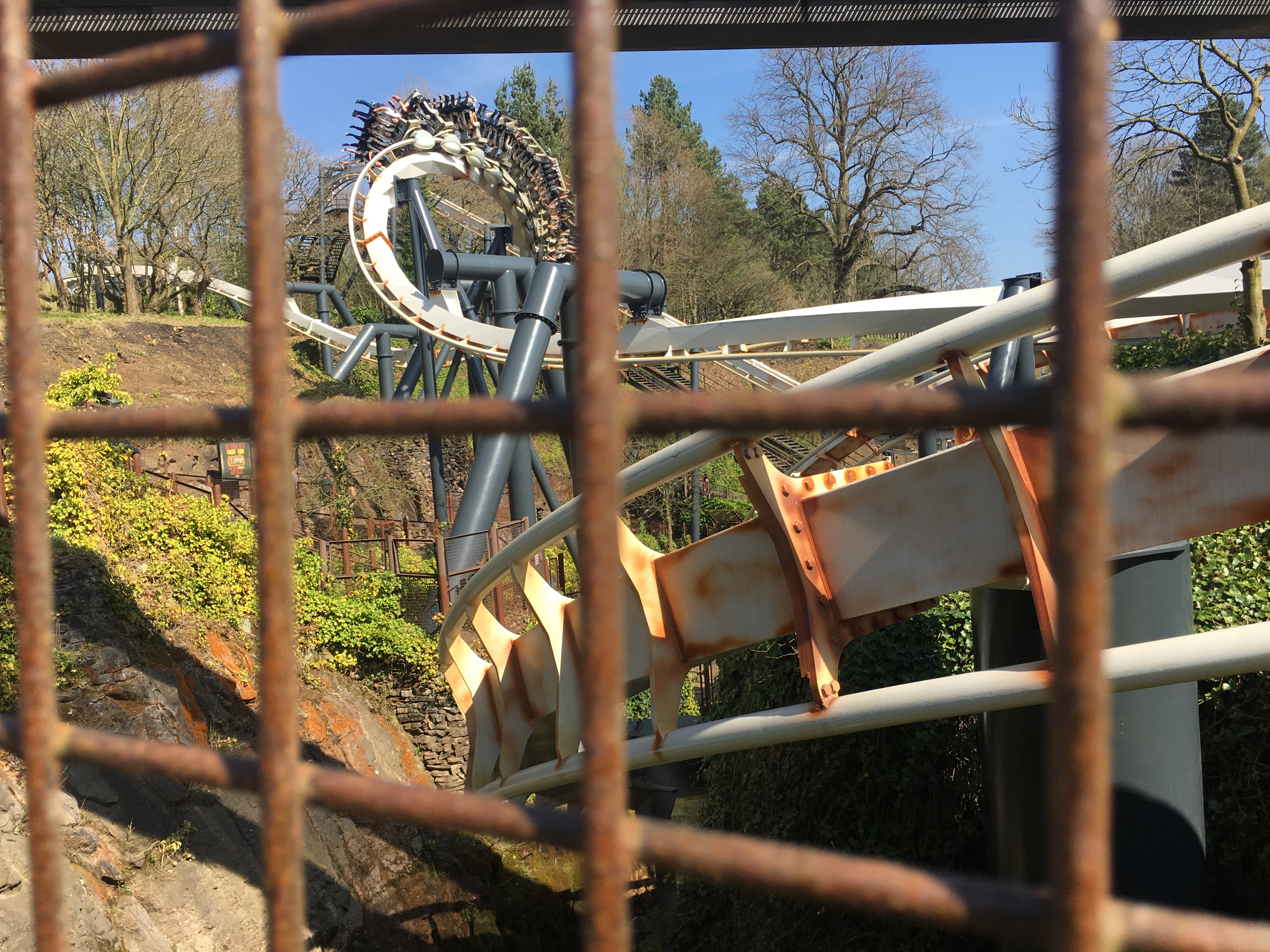 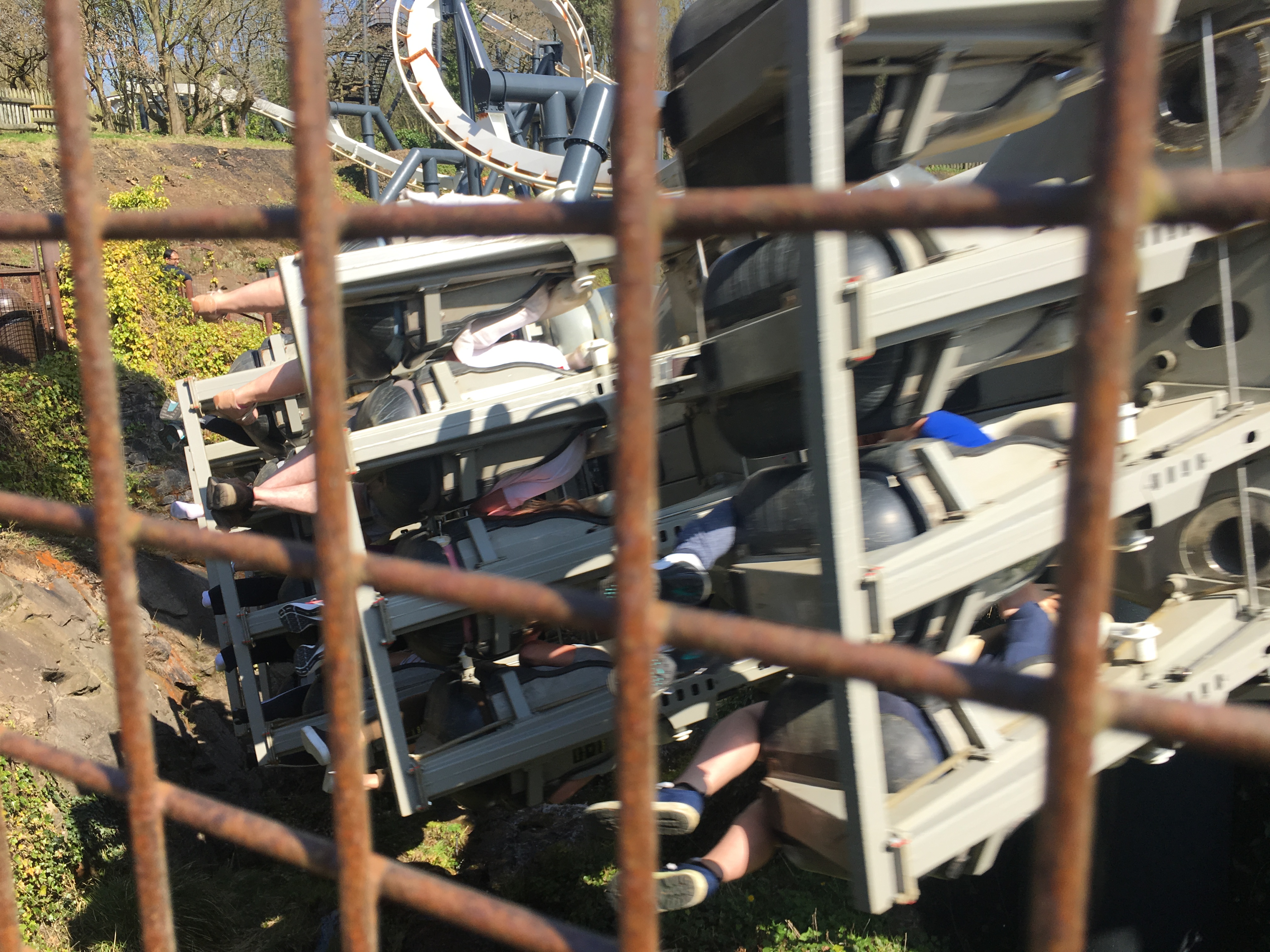 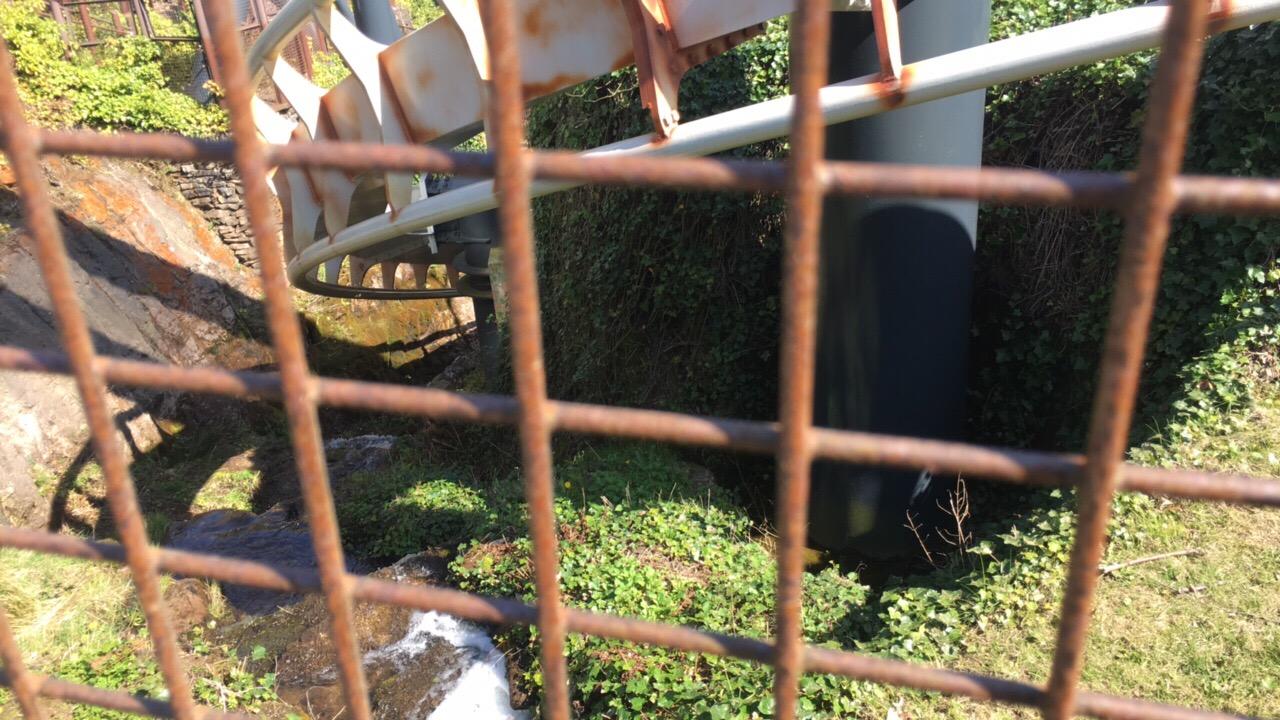 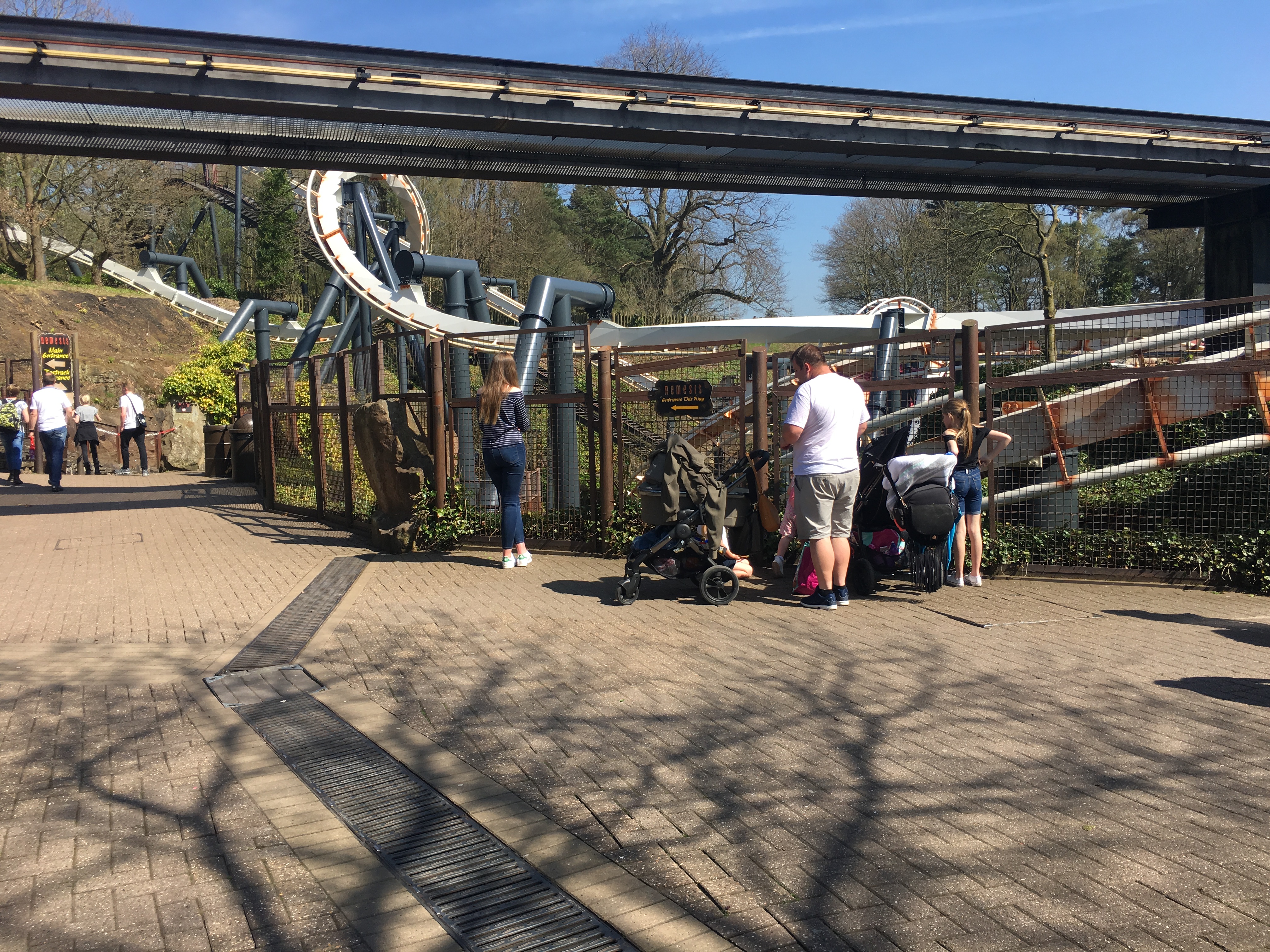 After this we made a steady stroll back to X Sector to try and get a ride on the front row, before this, we checked out the viewing walkway for SW8. Such a good ide aby Alton Towers to add these windows for us to peak and watch the progress! I imagine but Scarefest a better idea of what the ride will look will be there and i can't personally wait. 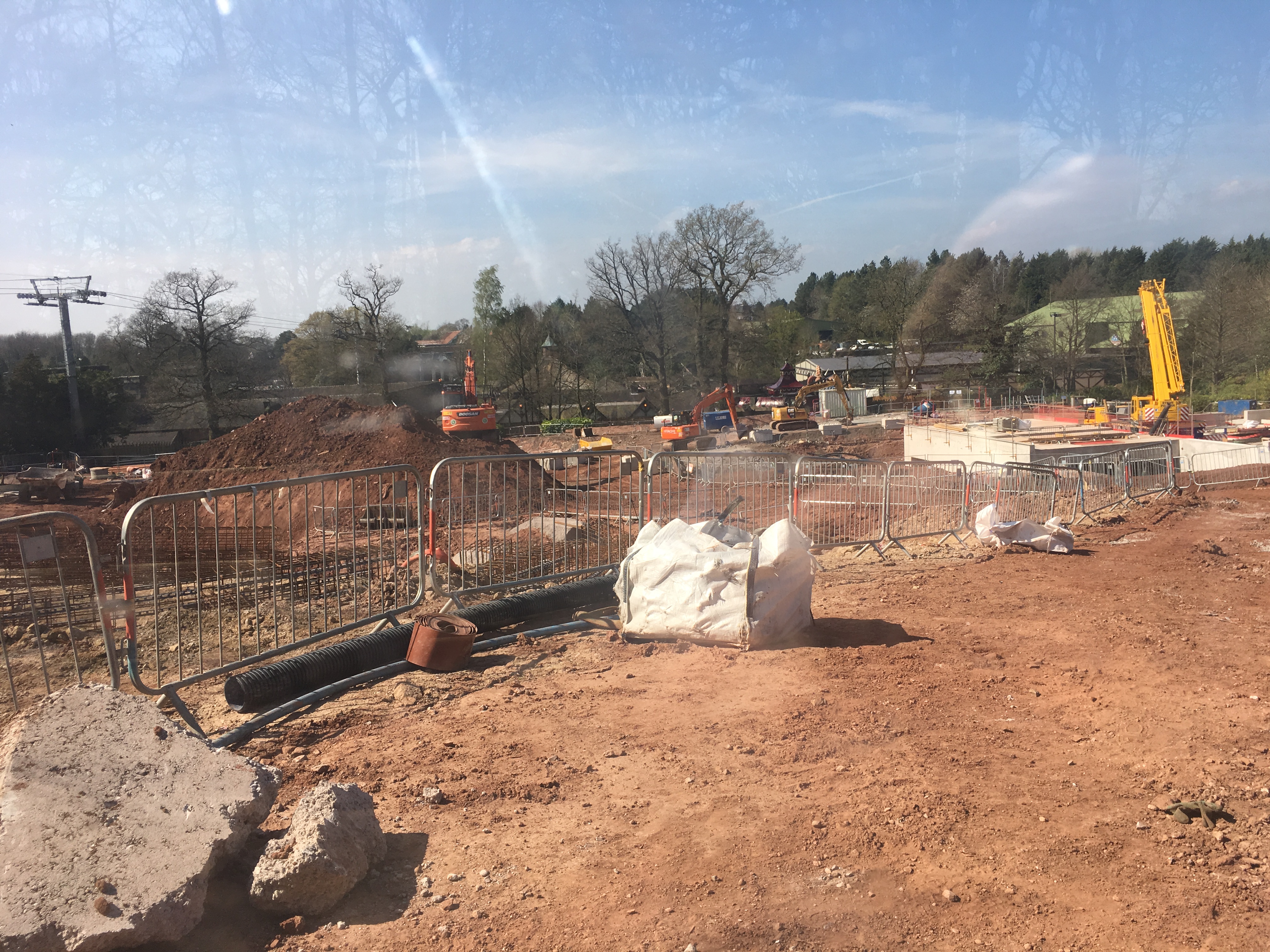 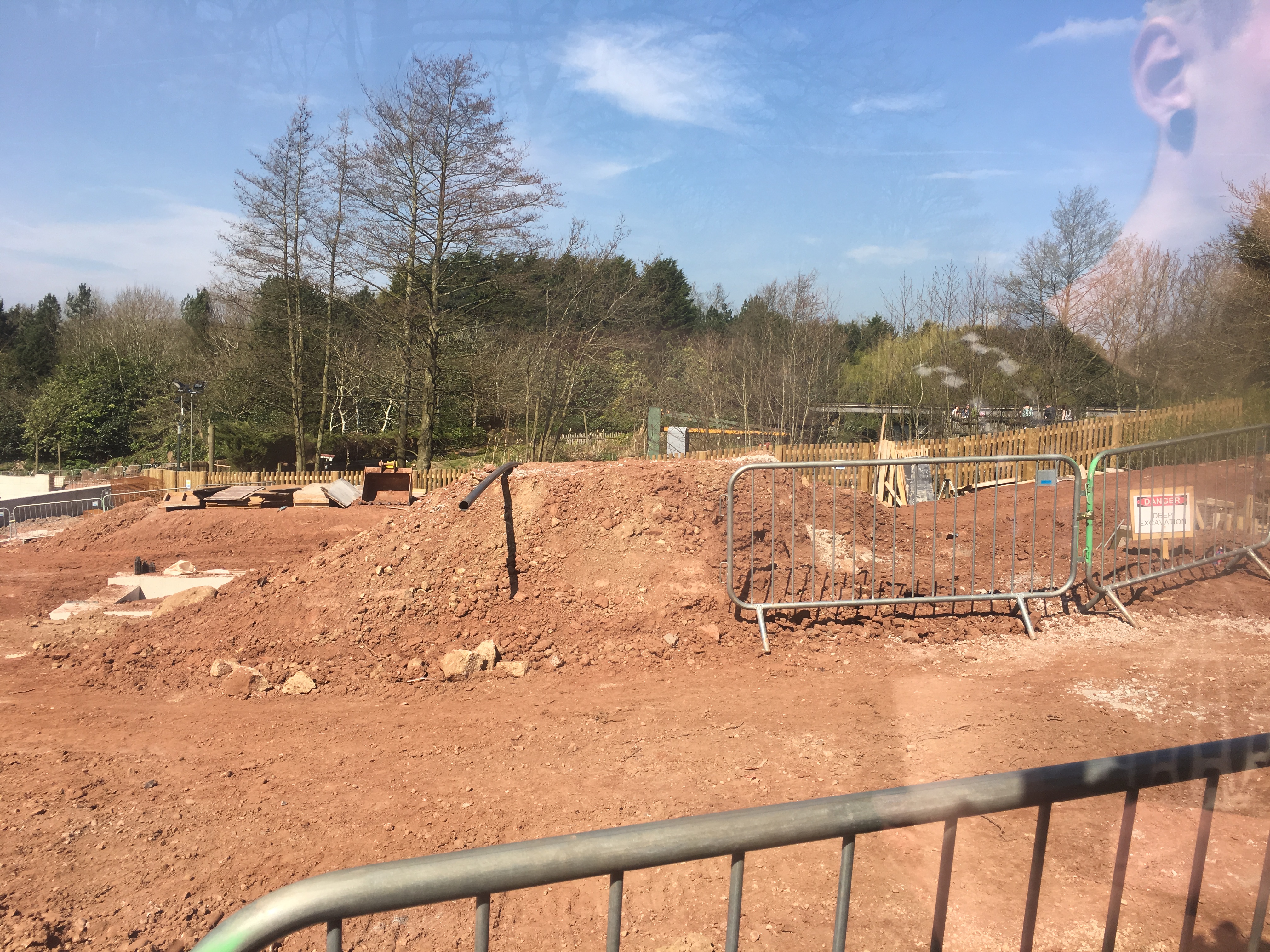 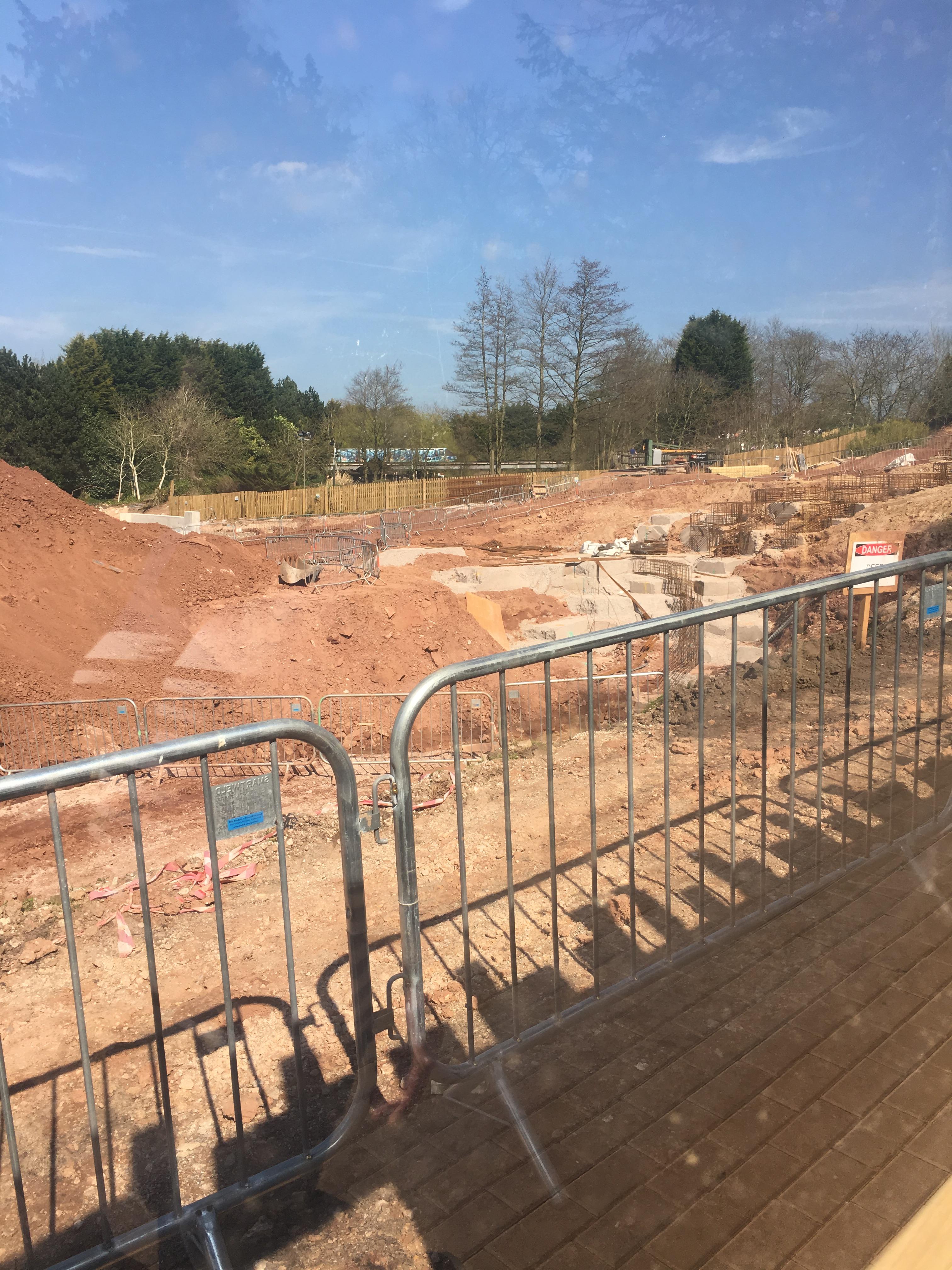 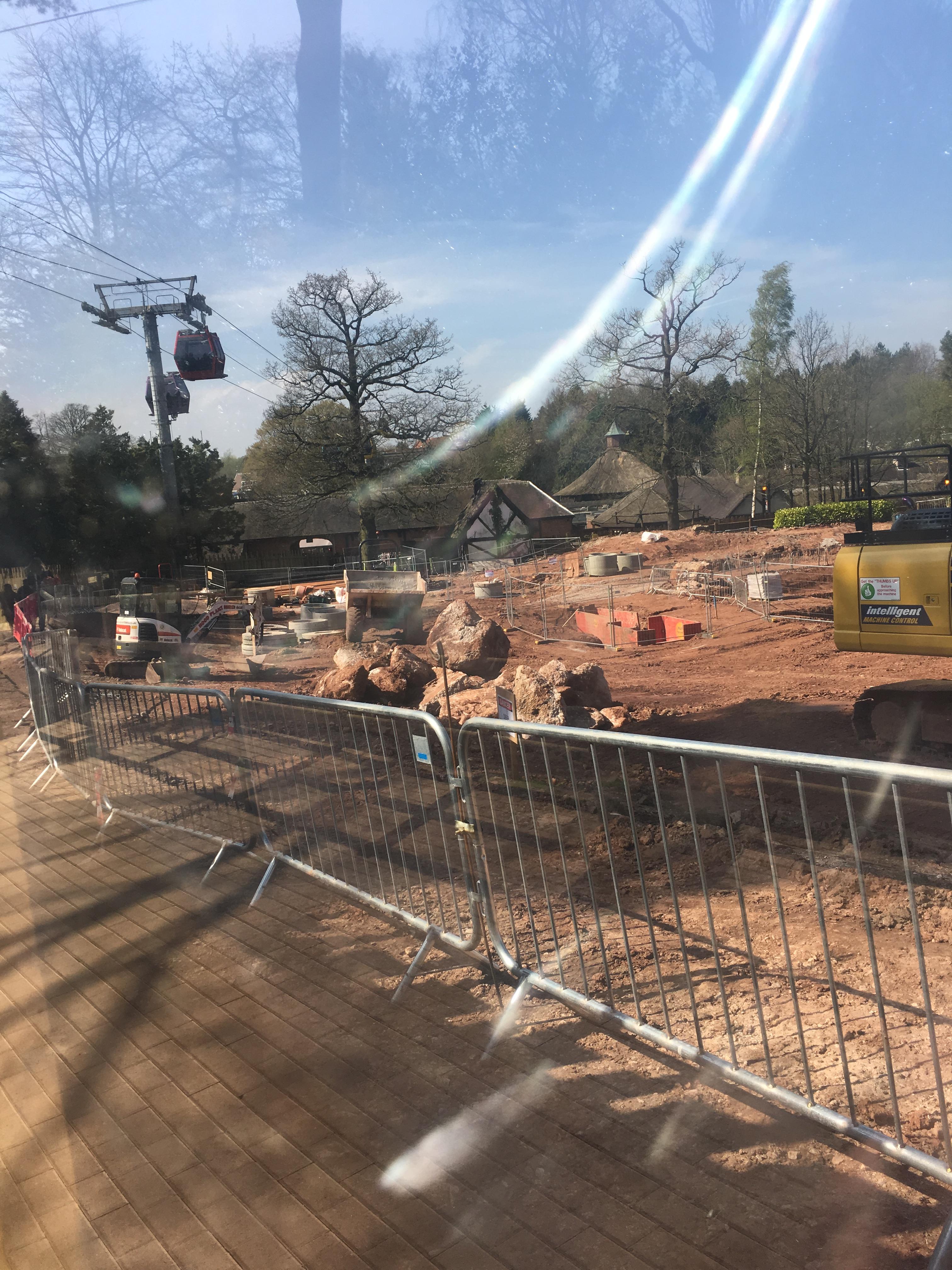 Back at X-Sector, we rode The Smiler again without front row (again), i went and did The Smiler again another 2 times single rider style to see if i could get front row to which i couldn't. By this time, i gave up and went on Oblivion once again . After this, it was 4:10 pm and decided to try and get one last ride on The Smiler to see if i could get the front row i had been hoping for. When we got to the entrance, the music turned down and no carts were moving, a cart was on the final brake run with passengers on, the ride op was saying it was shortly down with no time frame on an opening. I then moved to the toilet area to see if i could see any carts on track, the only cart that was on track was in the lift hill 1 indoor section waiting to go up the hill. It was like this for 10 minutes. Over the PA system, code zero was announced and in operation (With help from Dan, we believe it was an evacuation code.) The cart that was then inside started to go up the hill and continue through the section with the passengers on board. I wasn't around long enough to see if they finished the complete circuit with passengers on or with they were evacuated off before the 2nd lift hill (I know there was a few TT Members onsite so someone might know). After this we headed home. 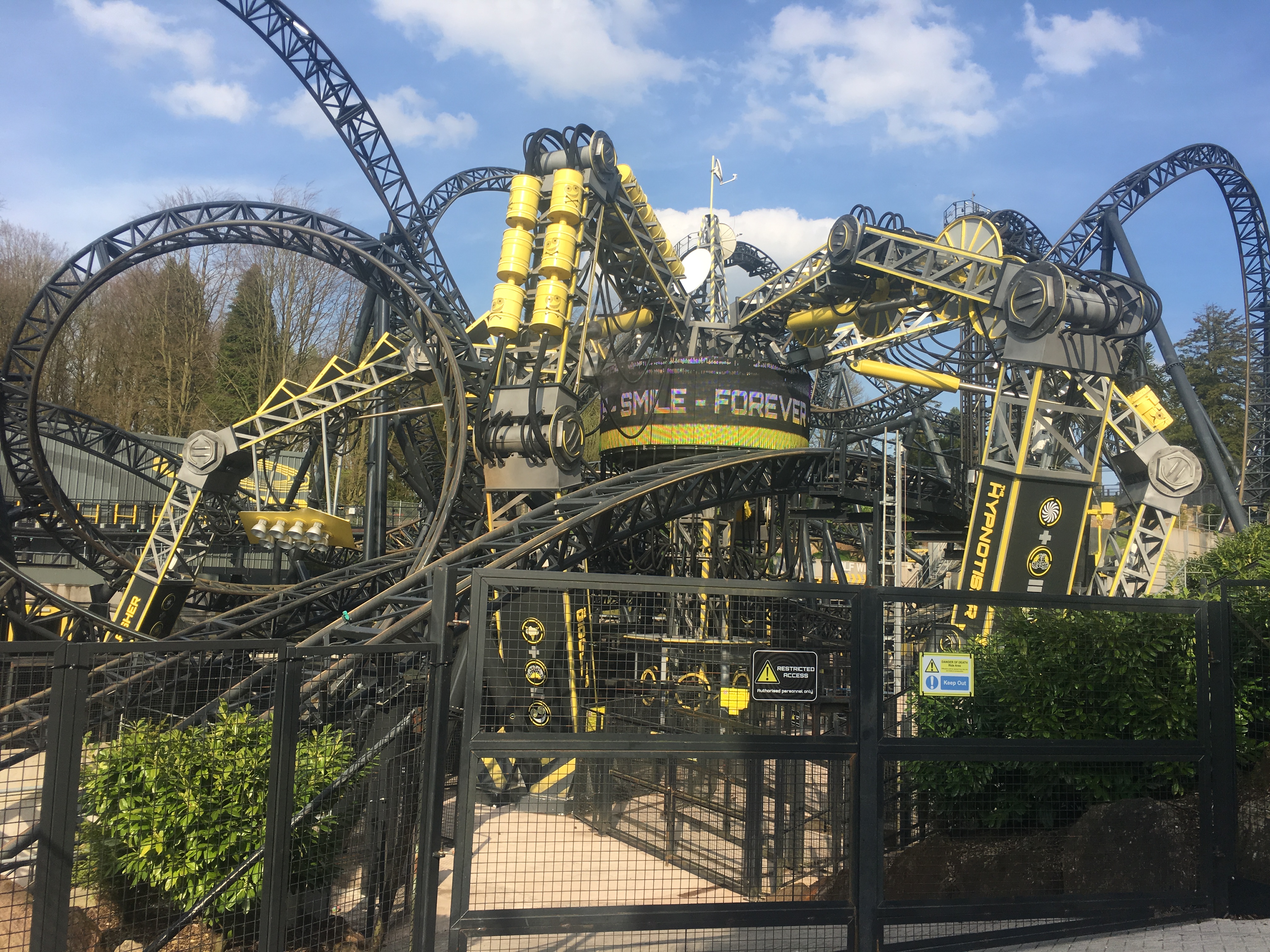 On the way back to the car park, i found the log flumes boats in a pile next to a car park! I have not heard anyone mention this but as you drive out of the car parks by the monorail station/golf. before you get to the lights, they are on the right hand side if you want to check it out! 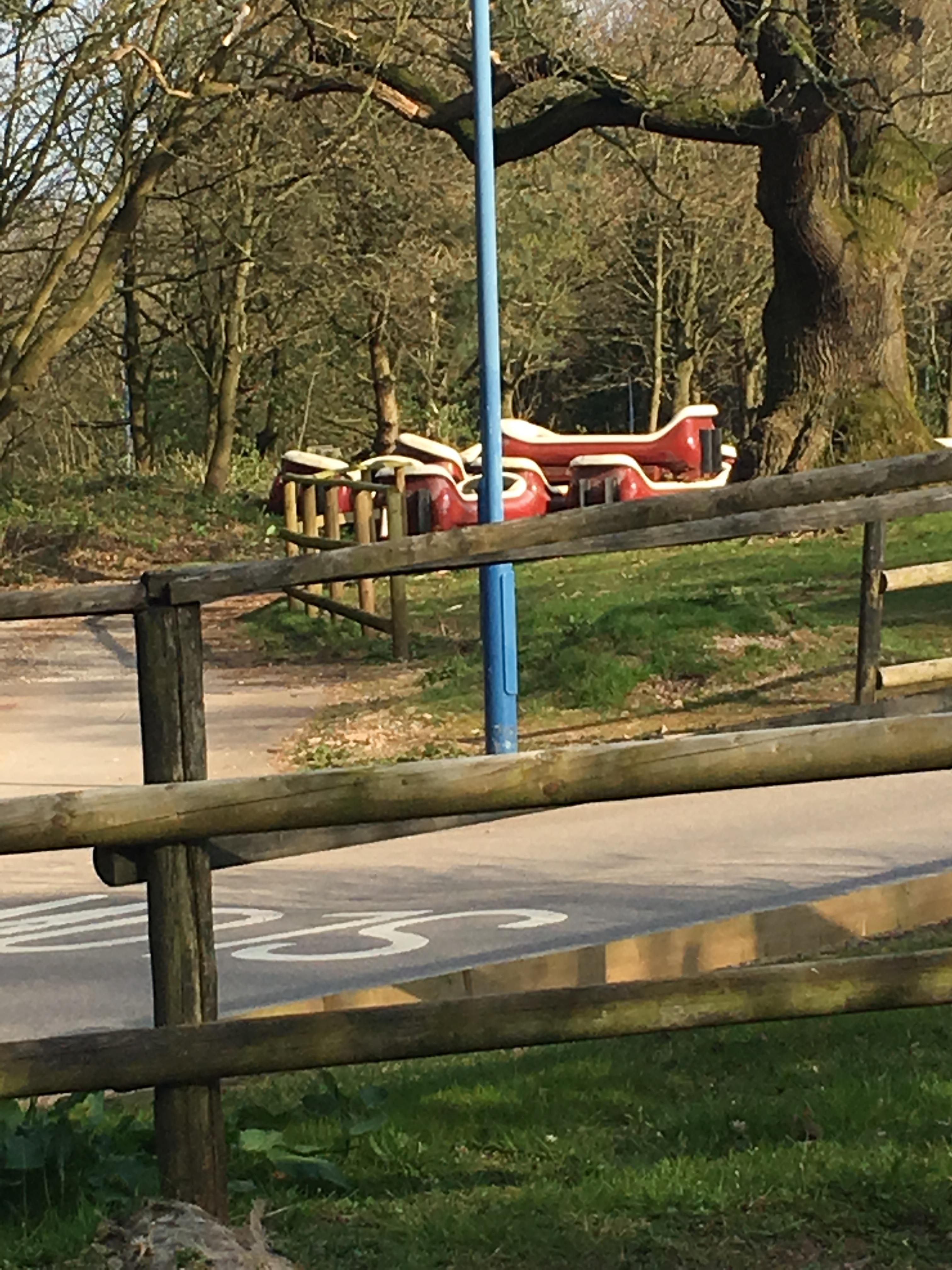 Overall a great day in the blazing sun, queues weren't too bad with the occasional ride going over 1 hour and not much downtime (besides the late opening of Rita & Galatica and The Smiler as mentioned earlier). My next visit isn't planned yet but hopefully will be in the next few weeks (I won't be able to attend [email protected] unfortunately)
Top
Post Reply