Basically I thought it would be cool to create a topic where you list what you want to achieve at theme parks this year, this can be anything from e.g. Do (insert ride) 20 times in a day, parks you are planning to visit, trying something new or something random!

Here are my goals:
- Finally ride a woodie
- Do a big mega trip after my exams
- Go to Blackpool Pleasure Beach
- Get as many pins as possible
- Visit a few smaller parks
- Tick off at least one bucket list coaster

My aims are turning into realities, but here is the plan...

I have a few stuff I'd like to do theme park wise this year!

- Be on one of the first 10 trains of Wickerman
- Vist Alton Towers on Opening Day
- Make Wickerman be my 100th coaster (On 99 at the minute!)
- Do fright nights
- Do a smaller halloween attraction like York Maze Halloween (Or whatever it is called)
- Ride Shambhala, Furius Baco, and Stampida 100 times each (I’m in Portaventura for 5 days in April, and 14 in July)
- Be on the first train of the day on Red Force, 2 times
- Visit Thorpe Park 2 times
Top

I have fairly modest plans as I'm a pauper at the moment.

- Spend a week at Alton Towers [did it last week]
- 4 or 5 trips to Thorpe Park [going next week for the first time this year]
- 1 or 2 trips to Paultons Park to check out the new Peppa Pig World rides, haha
- Chessington once or twice
- Disneyland Paris in September/October if I've managed to save enough!
Top

Due to being sensible grown ups this year my plans are somewhat less fancy than I would like them to be , however-

Disneyland Paris one final time with our APs (done in Feb)
Ride Wickerman (done)
Decide which Wickerman merch to purchase.
Buy the new monopoly!
Day trips to Chessington, Thorpe and Legoland.
Visit Blackpool to ride Icon.
Try not to book a ridiculous last minute trip to a foreign park in August when I have a week off

Decide which Wickerman merch to purchase. 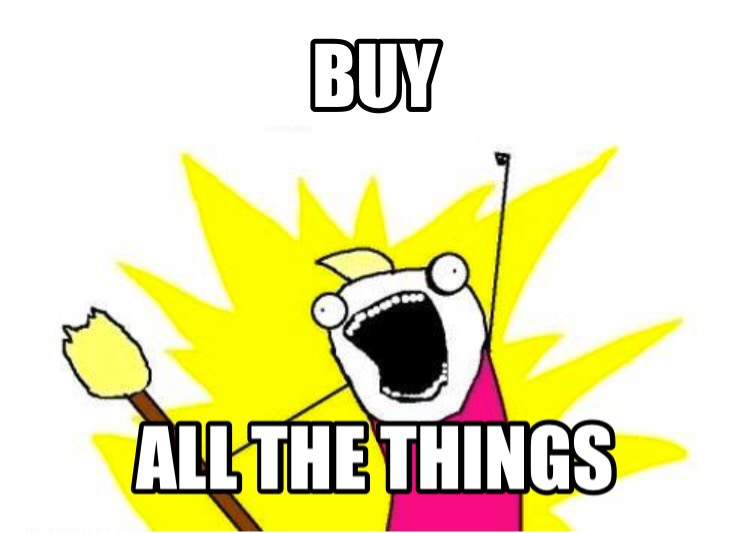 Getting back on topic....

Been meaning to post in here for a while but kept getting sidetracked! Anyway, here is my list of aims this year, some of which I've been fortunate enough to have already done and others are already in the pipeline

Well 2018 is virtually over and for most of us we'll have finished off our trips for the year. So, with that in mind it's time to see what goals we've met!

-Explore as much of the Gardens and Towers ruins as possible (partially done- I think I did what was open of the ruins but there are so many nooks and crannies of the Gardens that I just didn't have time to see. Certainly one to attempt again next year)
-Visit more independent parks (I guess Blackpool and Drayton are independent, but I don't think I did enough solo parks to validate this goal complete)
-Get out to the Netherlands for Efteling and Toverland
-Not ride Rita
-Do the Towers Waterpark  (plans in place to get it done next year)
-Attend Scarefest and Fireworks
-Have a chat with some of the ents team
Top

- Be on one of the first 10 trains of Wickerman
- Vist Alton Towers on Opening Day
- Make Wickerman be my 100th coaster (On 99 at the minute!)
- Do fright nights
- Do a smaller halloween attraction like York Maze Halloween (Or whatever it is called)
- Ride Shambhala, Furius Baco, and Stampida 100 times each (I’m in Portaventura for 5 days in April, and 14 in July)
- Be on the first train of the day on Red Force, 2 times
- Visit Thorpe Park 2 times

Pretty sure it’s safe to say I failed,

Be on one of the first 10 public trains of wicker man: gonna say I did this, because i did, excluding soft openings
Visited alton towers on opening day: didn’t do because of snow, and couldn’t go on the Monday
Make Wicker Man my 100th coaster: It was my 100th, so I did this
Do fright nights: didn’t even go to Thorpe this year, so didn’t do this
Do a smaller halloween event: Did York maze Hallowscream so I did this
Ride Shambhala, Furius Baco, and Stampida 100 times each: No, not even close
Be on the first train of the day on red force twice: Did once, but not a second time because I couldn’t be bothered doing the run down
Visit Thorpe Park twice: didn’t even go once

3/8, most goals were too ambitious, definitely setting easier ones next year
Top

Well, I failed miserably. Only rode Nemesis and Smiler once and didn’t go to Fantasy Island or Thorpe at all. However, Thorpe next year! Can’t wait.

I didn't get to ride Wicker Man last year due to commitments and Alton Towers' opening days/hours not really working for me. I'm going for 2 days next weekend though, so that will be ticked off the list!

Just about every year my plan is to visit as many new parks as possible. I've already managed Ferrari World, Motiongate and IMG so far this year, but hope to add a few European parks too. Just got to persuade the missus...

Users browsing this forum: No registered users and 87 guests
×