So, this is my thread for my park visits and reviews of attractions. Before we get into things, I'd just like to say that, excluding Disneyland Paris, I've never been outside the UK and I probabaly won't in 2019. Also, I don't currently ride anything bigger than say Grand National. But, basicially, this is where I post trip reports and reviews of parks and rides. I'm going to Hyde Park Winter Wonderland in the next few weeks and I hope to start the reviews soon. Let's look to the future!
I can see why the beornen worship Wicker Man
Top

Re: Sozzy40's Park trips and Reviews

MEGAFOBIA
I thought that, for my first coaster review, I'd do my first 'favourite' coaster, my first wooden coaster and I think it was also my first ride designed by John Wardley.

Getting into it, this ride is by far the most picturesque attraction I've ridden. It isn't themed, or even 'stylised', but it is just beautiful. It's located just behind a lake, making it even prettier.

The ride's entrance isn't anything amazing. However, it is nice with a mock ride car just outside. Neither is the queue, which is sort-of a cattle pen but not. So it's pretty boring when you're standing in a hour long queue (like I was a few years ago. However, I've also ridden it on walk-on).  The station is also basic, and I can't comment on the trains as I've heard that they're getting refurbished, so yeah. Nothing special so far, but then it's the lift, still nothing. Then the turnaround ant the first drop. Epic. Also a bit rough. After that a airtime hill, turnaround at a good speed, then the highlight of the ride. The most insane airtime moment I've ever experienced (tied with Grand National's double down), which is also where the on-ride photo camera is. The rest of the ride is a mixture of turns and drops, with some more airtime. The ride ends bang on when you want it to, when it's just starting to get a bit too rough. Brakes are pretty sharp, and some great views of the queue as you head back into the station.

Re: Sozzy40's Park trips and Reviews

CLARENCE PIER
A few weeks ago I visited Clarence Pier in Southsea, Hampshire. The park is one of those 'small pier parks' on the south coast.
As soon as you enter you are greeted with a large Ferris wheel. Our ticket type meant we weren't able to go on this, however: 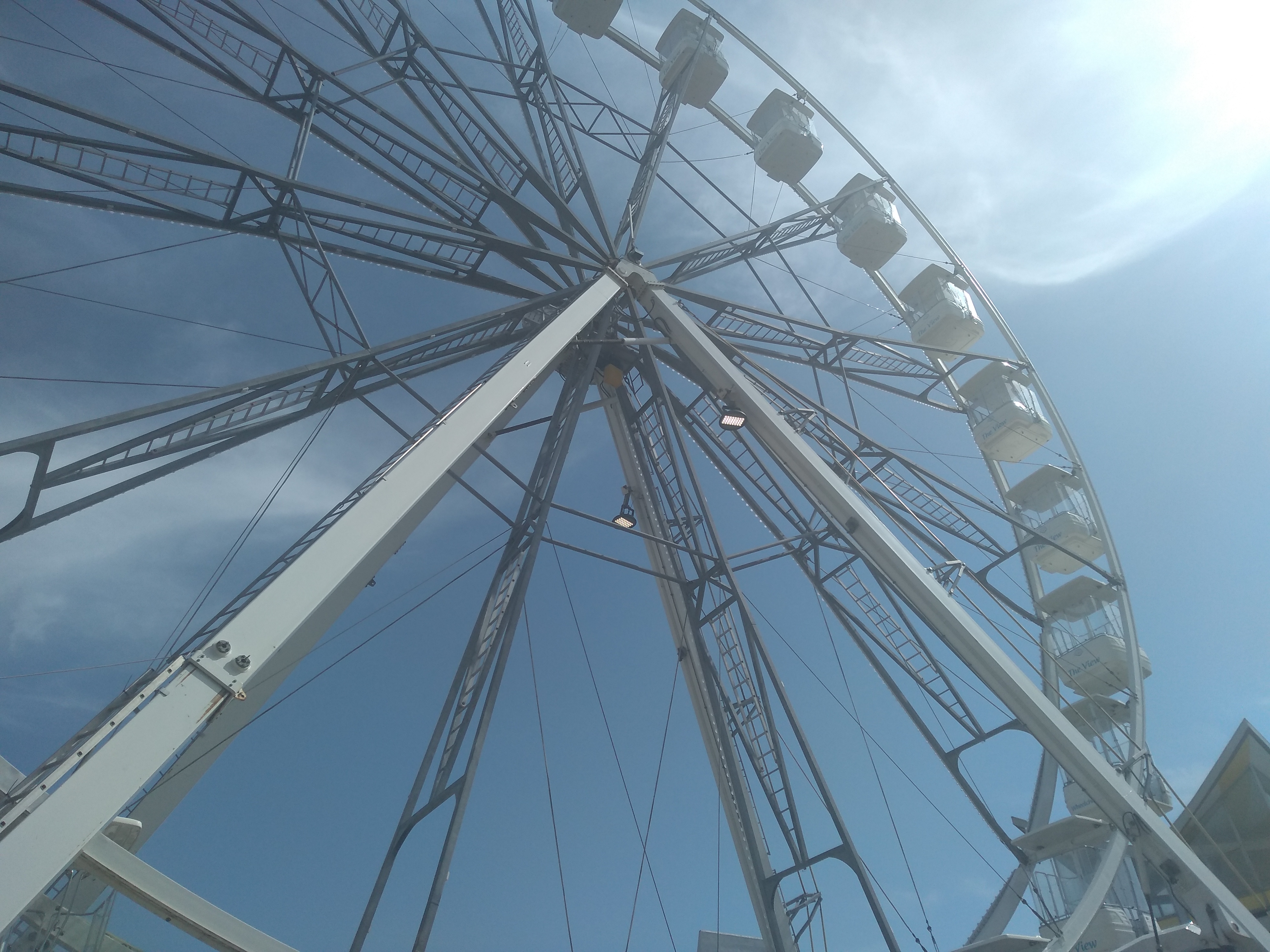 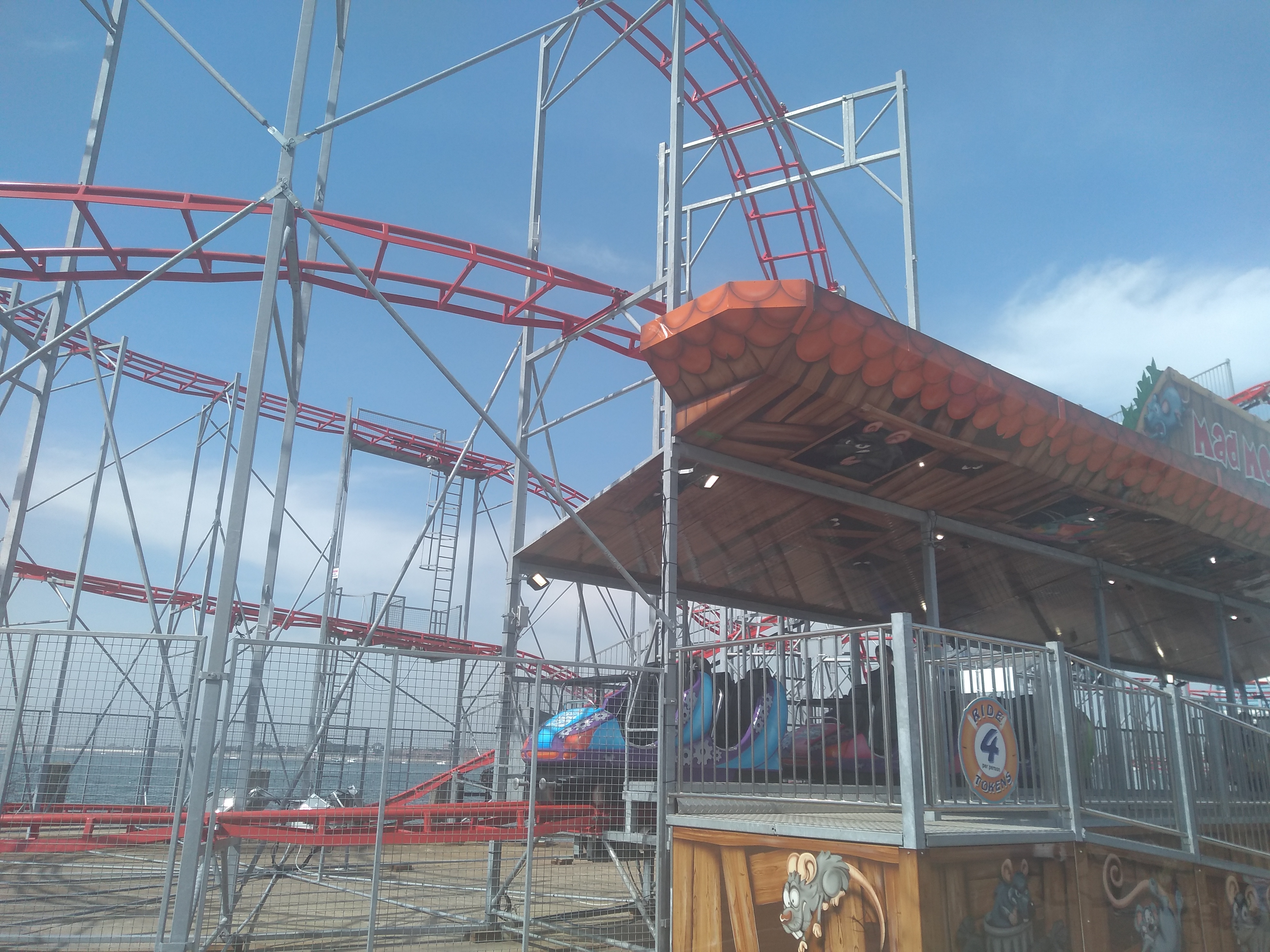 The park also has a SBF spinning coaster, Tidal Wave: 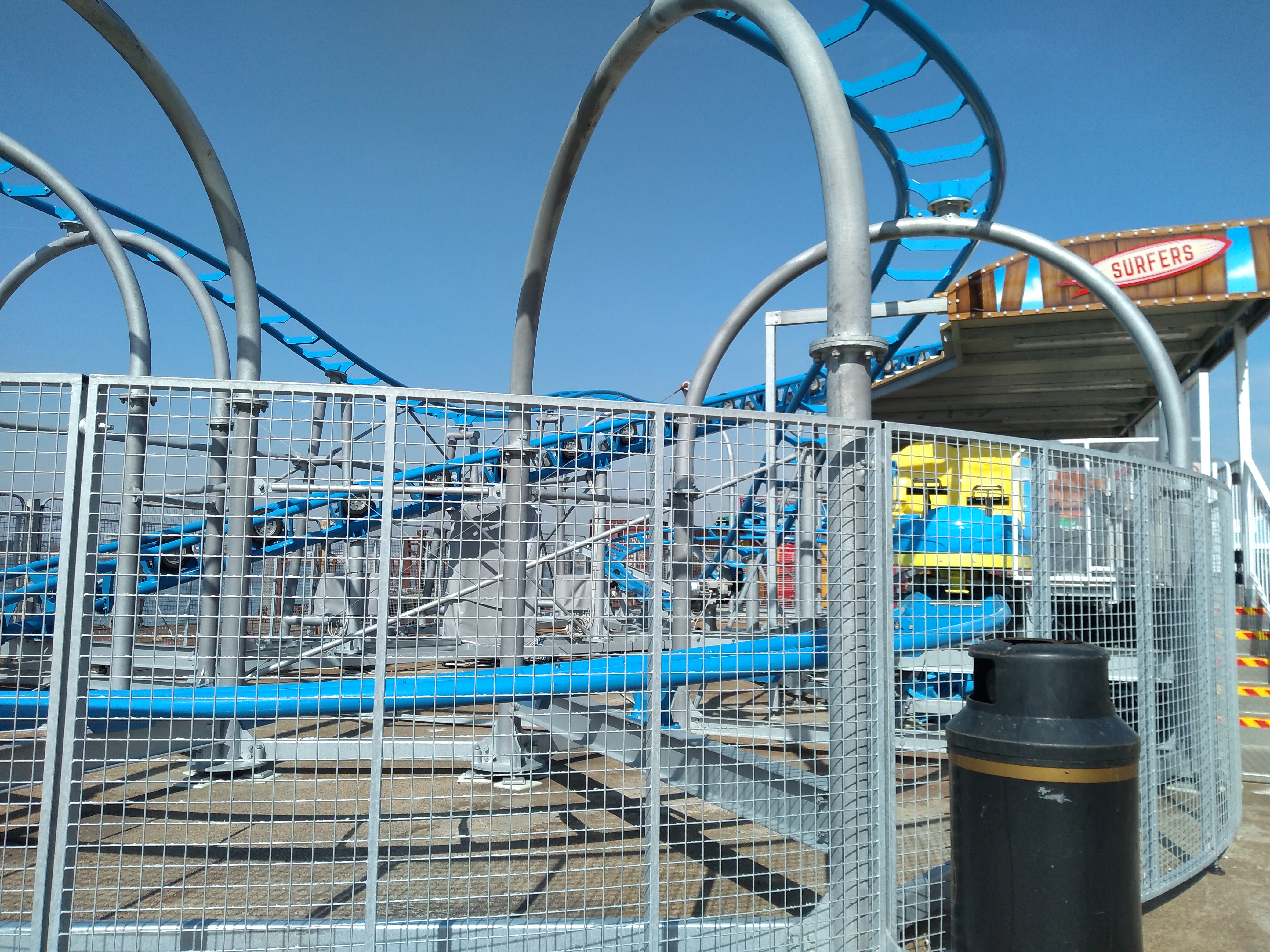 There are also several small flats, including a Waltzer and a Dumbo rip-off, but that's all for the main pier, so after lunch we headed along the coast to some other attractions. Does this remind anyone of ToT? 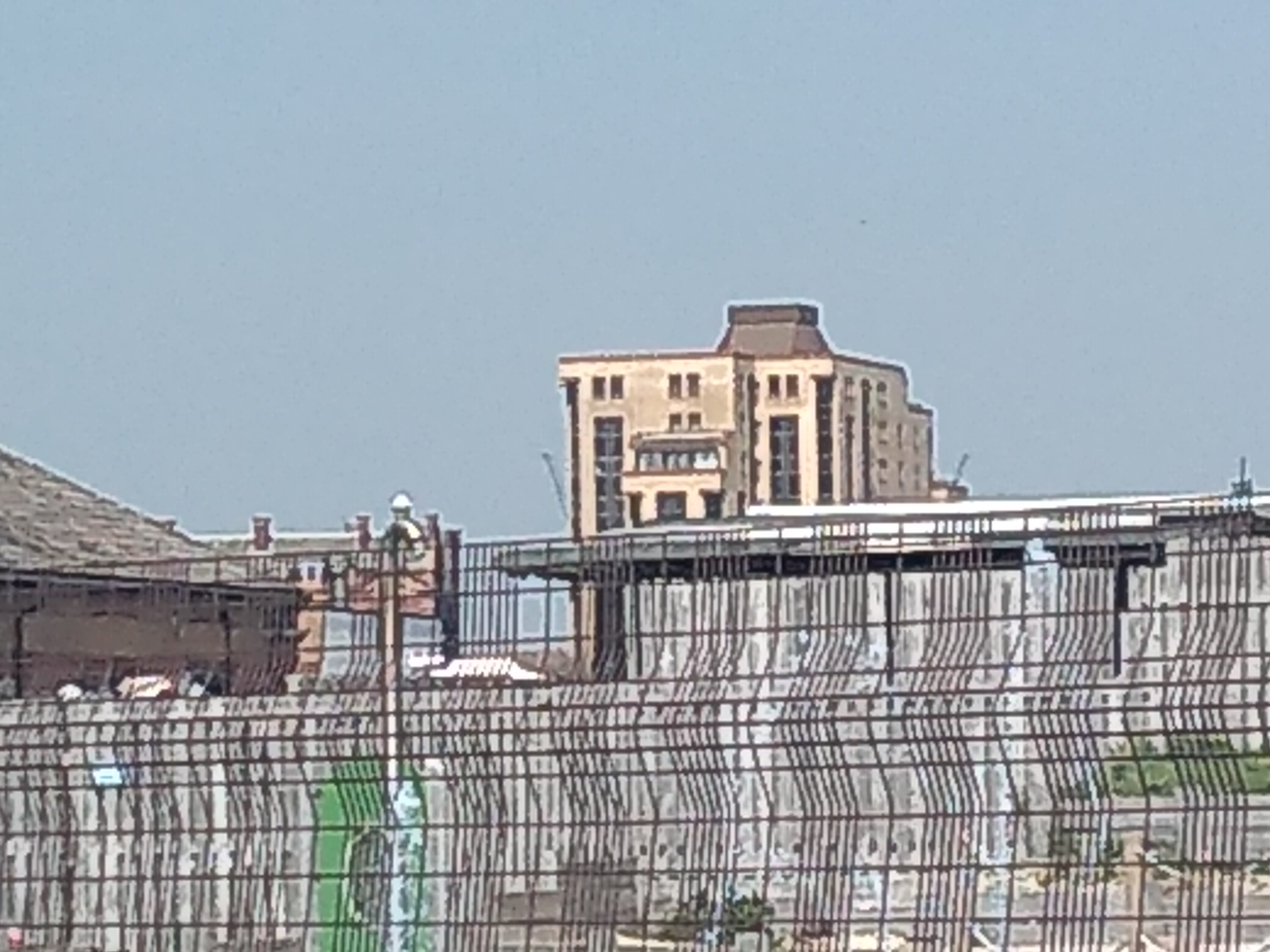 There's a D-Day museum in Southsea: 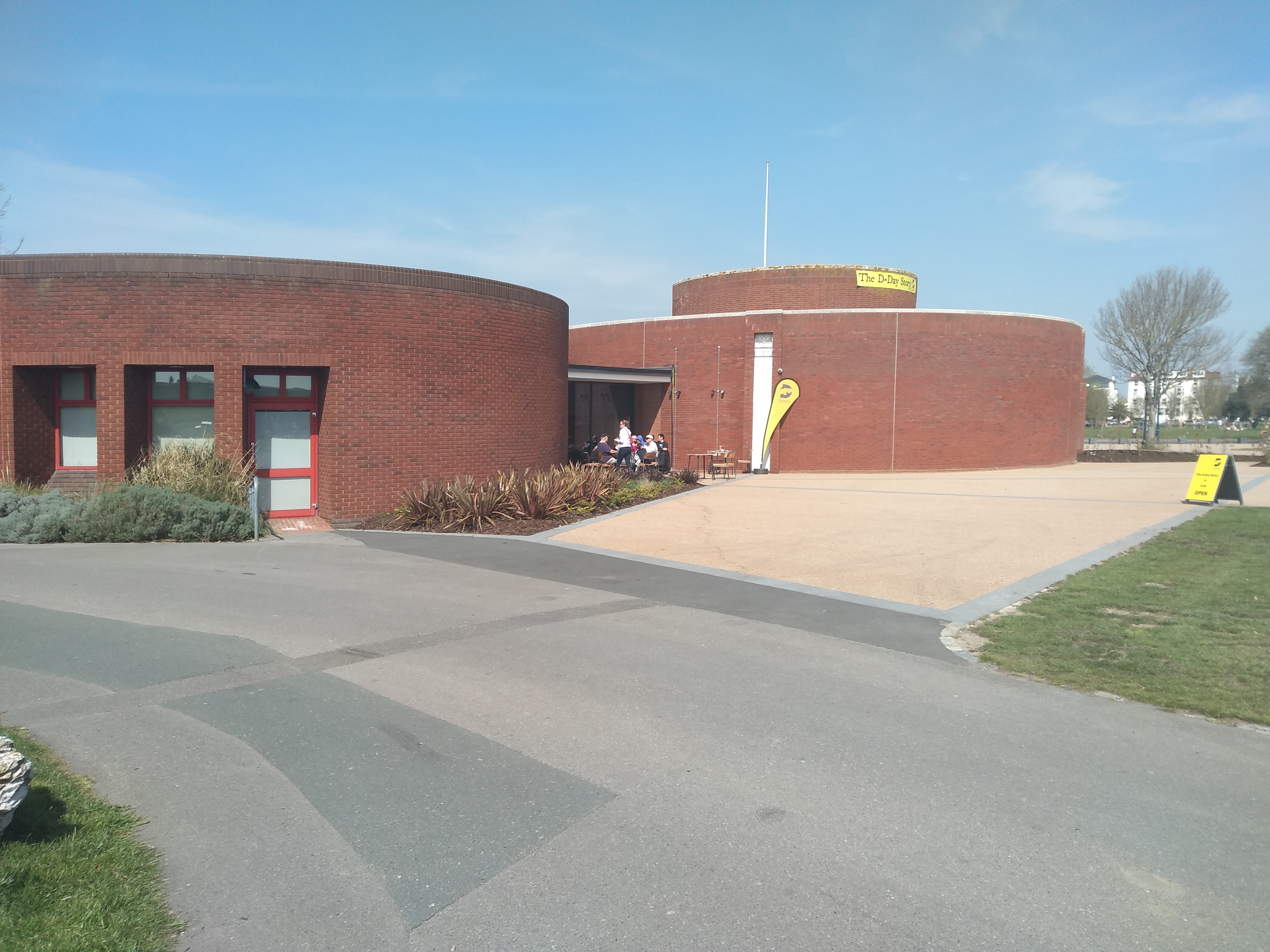 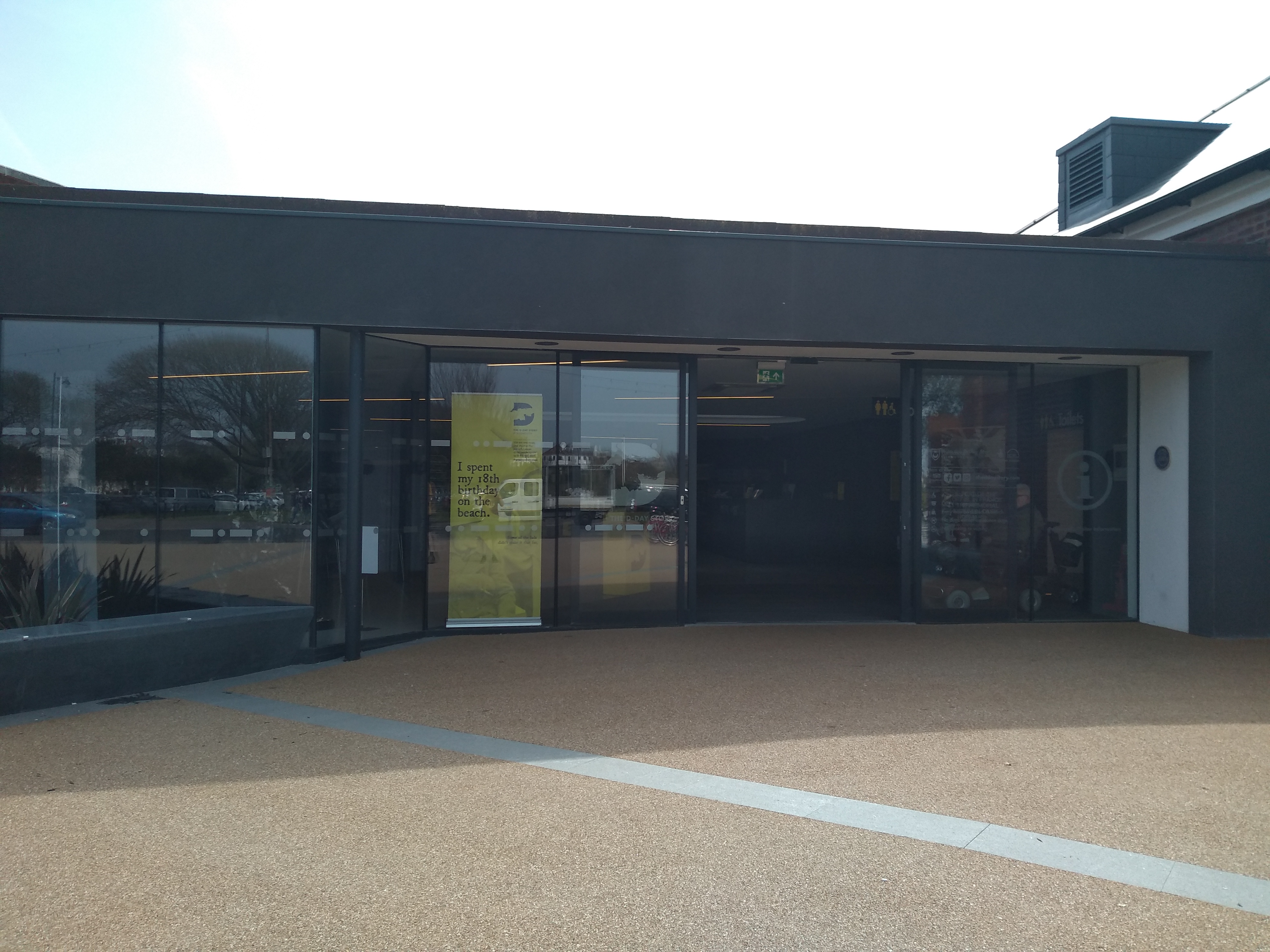 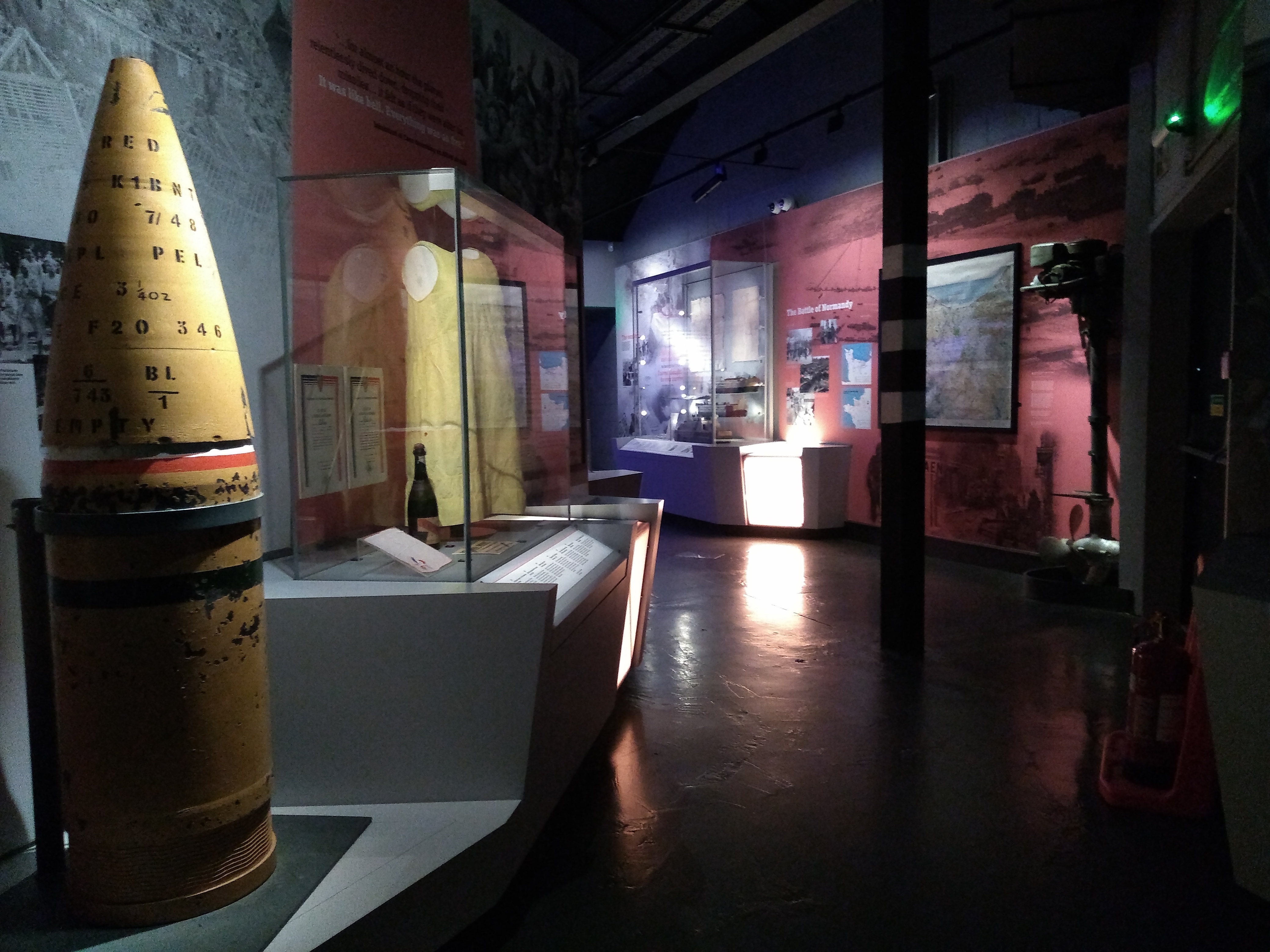 Next up was Southsea Castle, which you can see to the right of this picture: 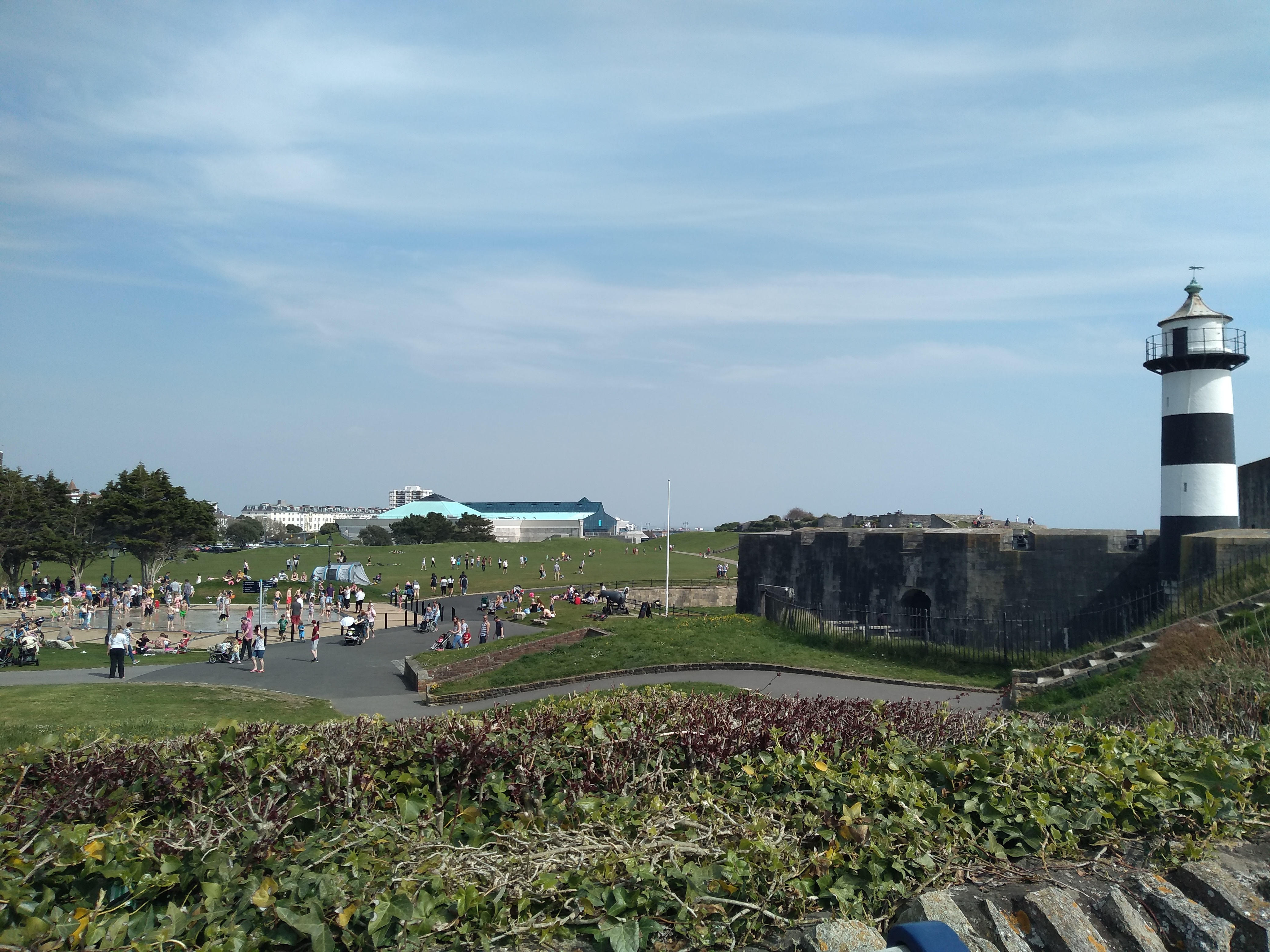 The interior of the castle: 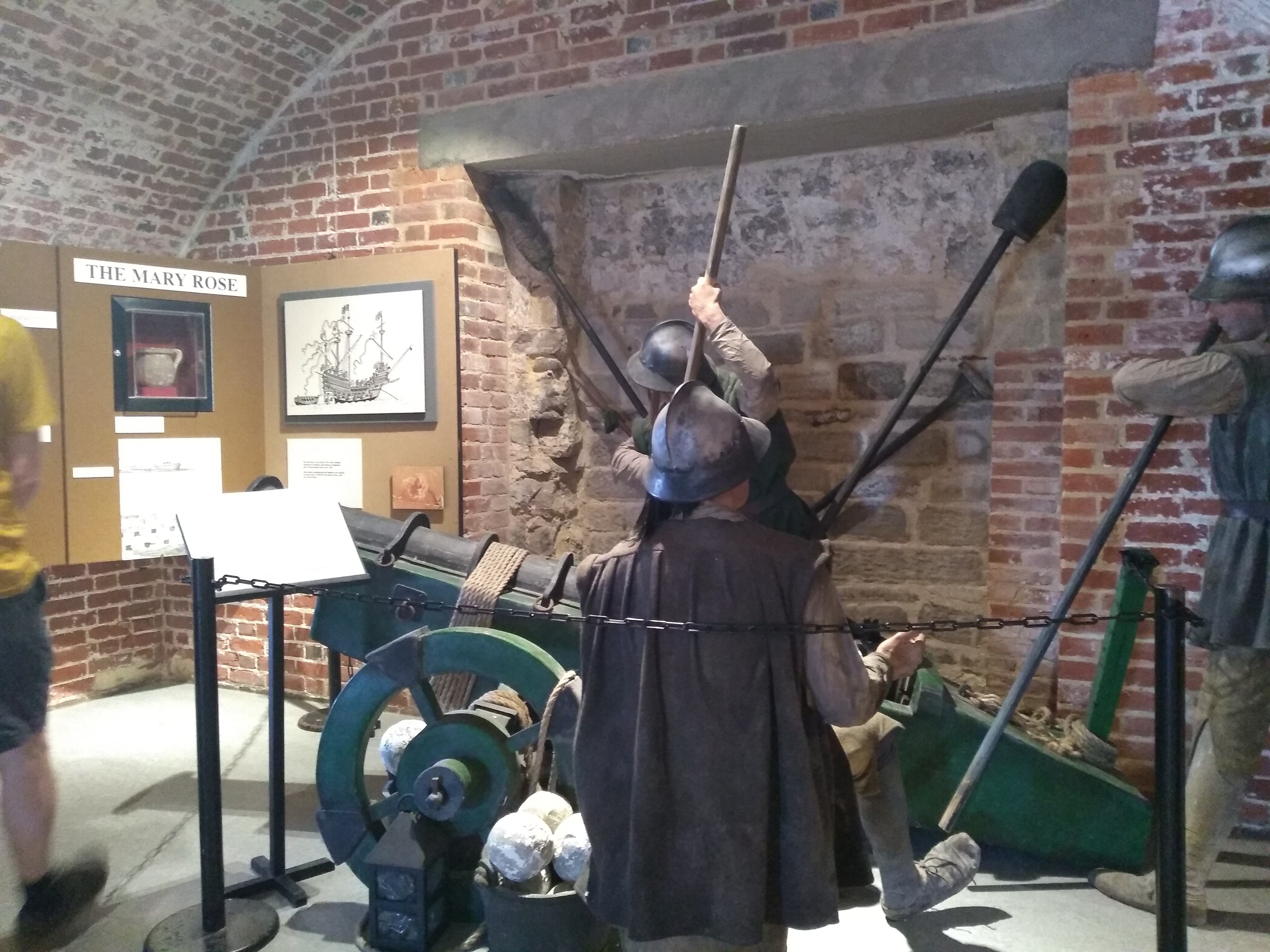 A few final pictures of the area: 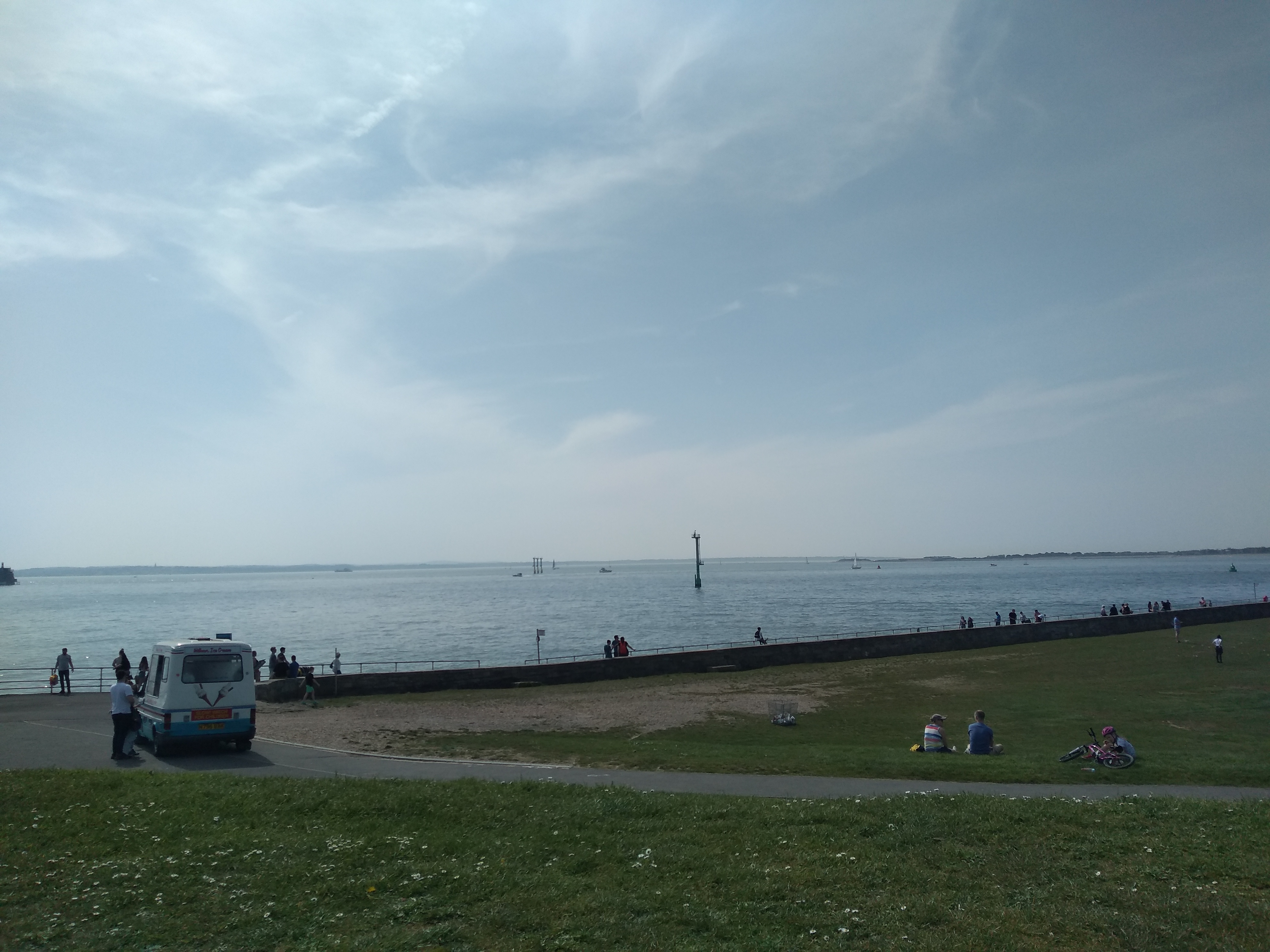 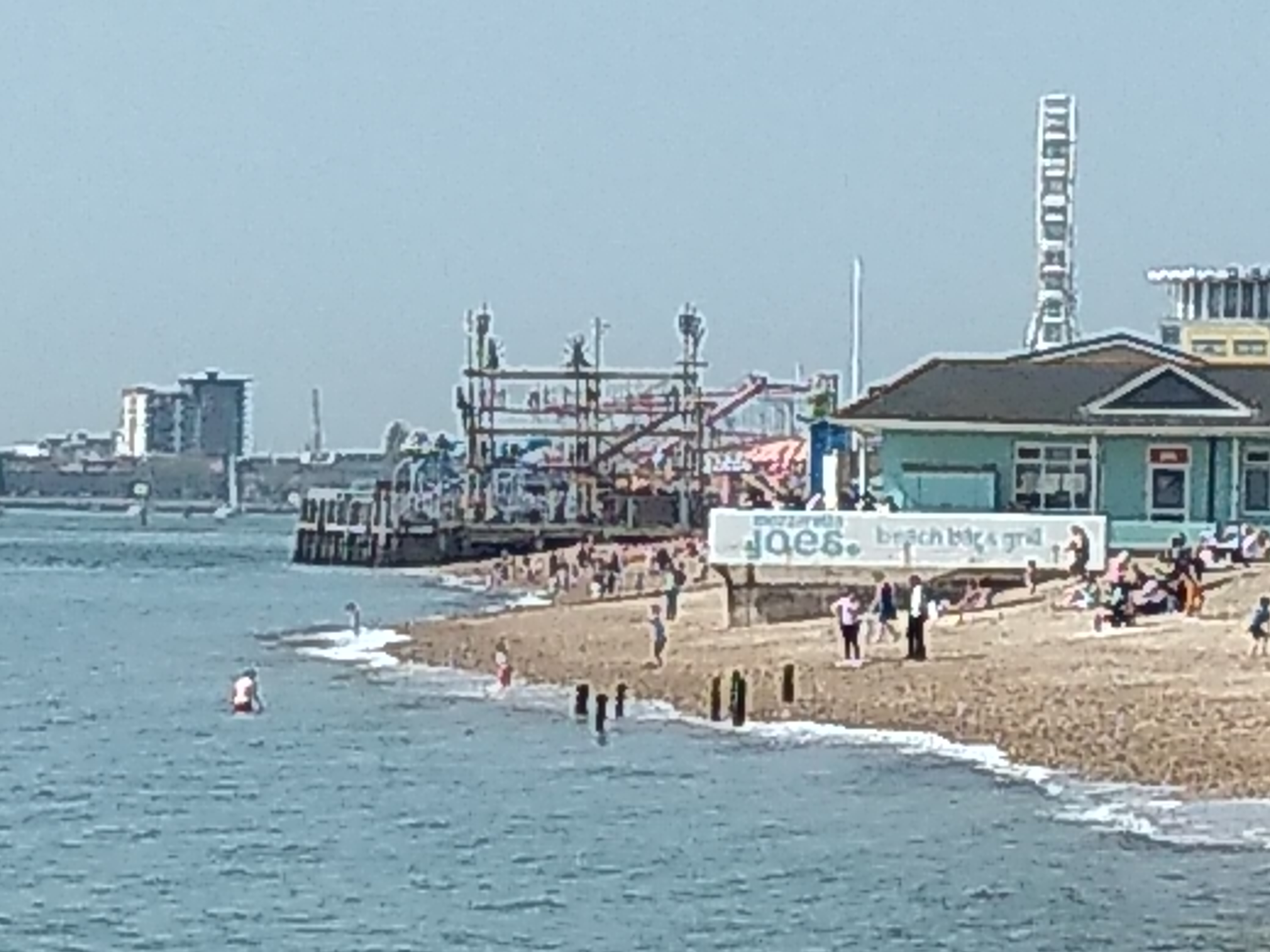 Users browsing this forum: No registered users and 58 guests
×