Will the doors open and close in the stations?
Top

They certainly will! What you see here isn't even the finished article, the cabins will also have all the mechanical clamps on top, as well as the signs and cabin numbers

This project looks absolutely amazing. Please keep up the good work. I cant wait for it to be finished
Top

Surprise! The skyride cabs detailing has progressed even further over the past two days, with the POMA loga being incorporated, and the internal details being added too! Here's a first look at the cabs in NoLimits 2. Enjoy! 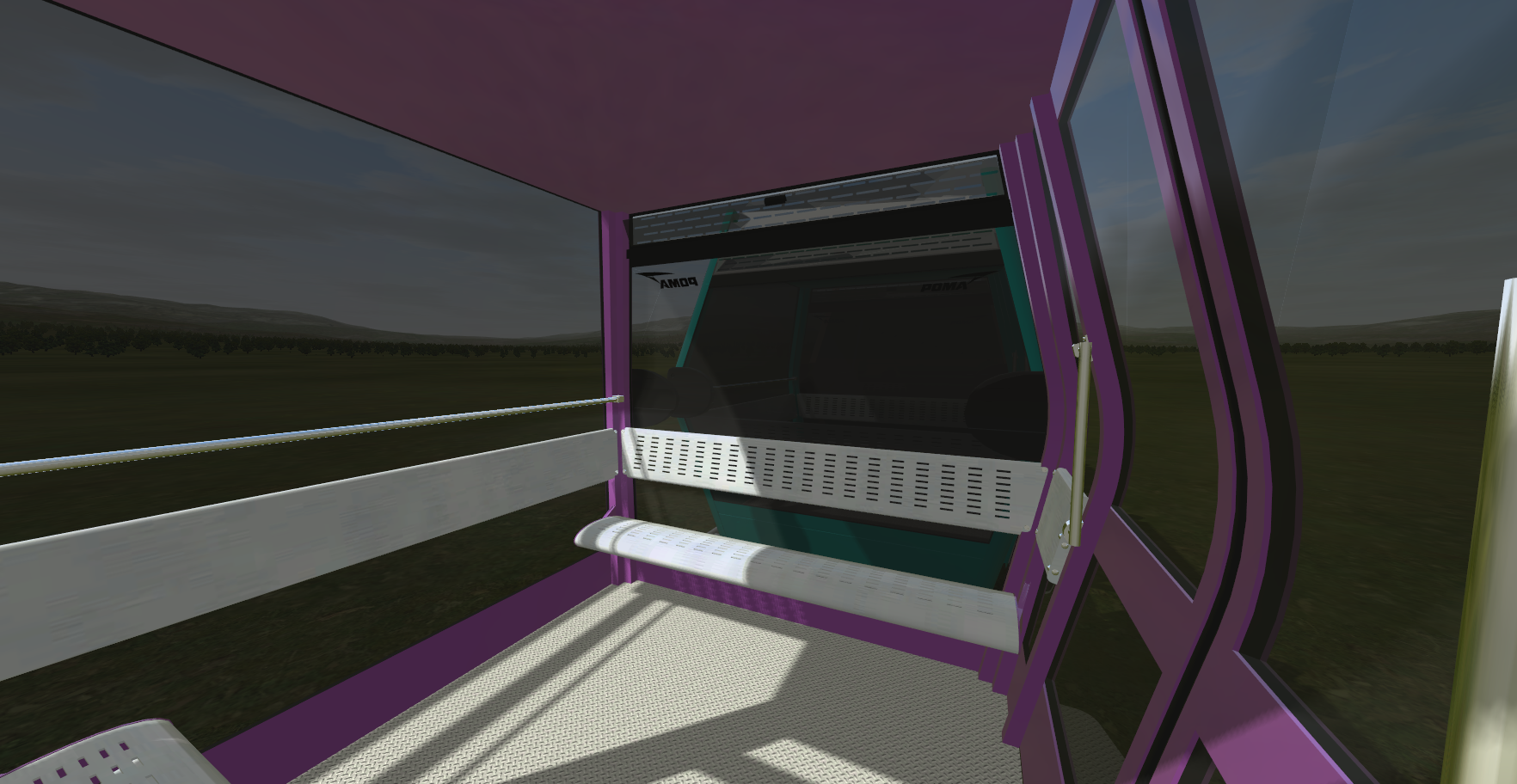 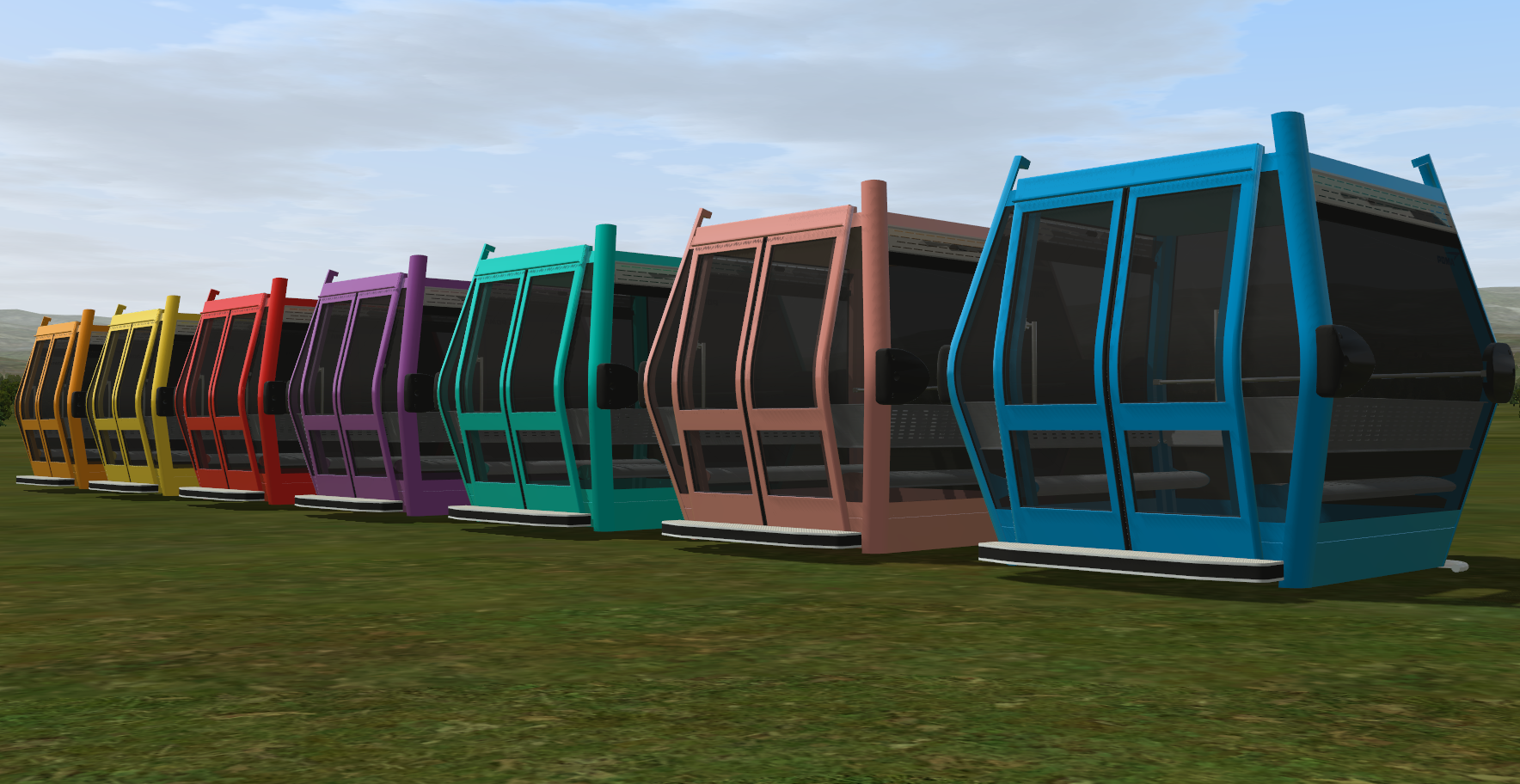 After being pointed in the direction of plans on TTSP, I've made something new for the project, some enchanted village lodges! 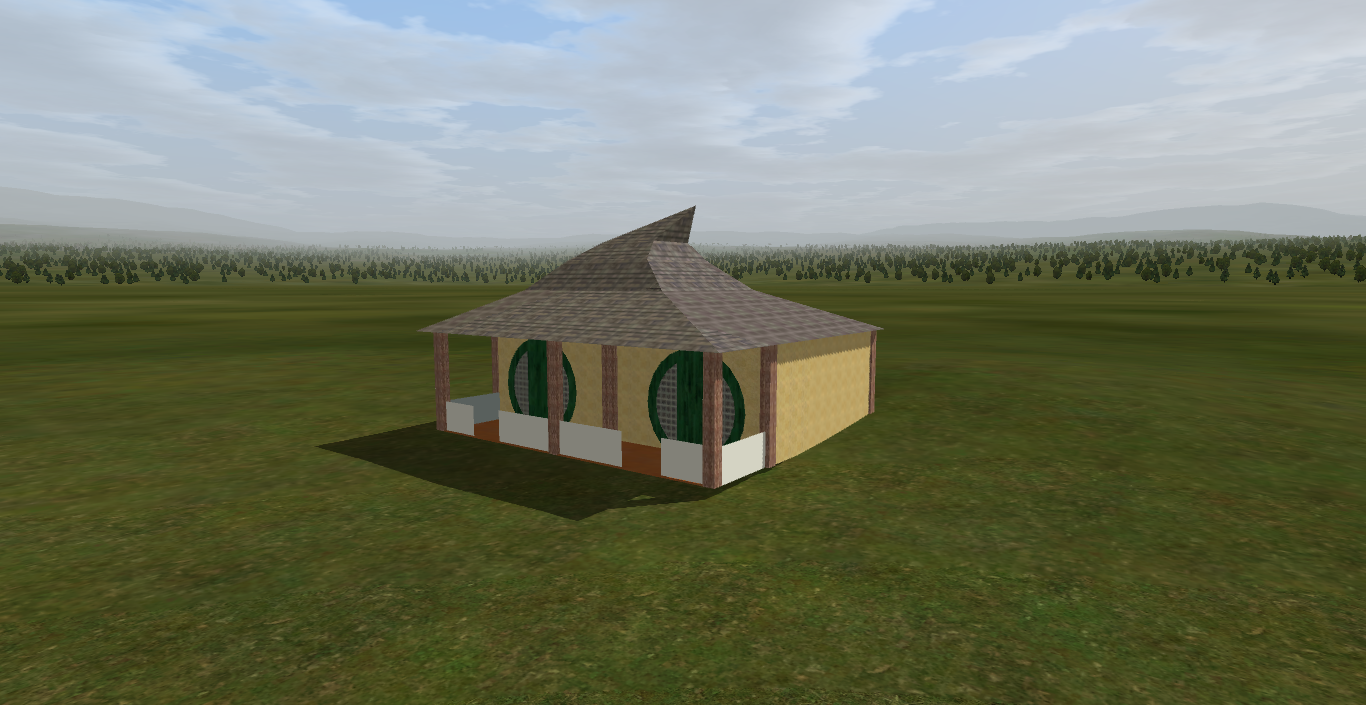 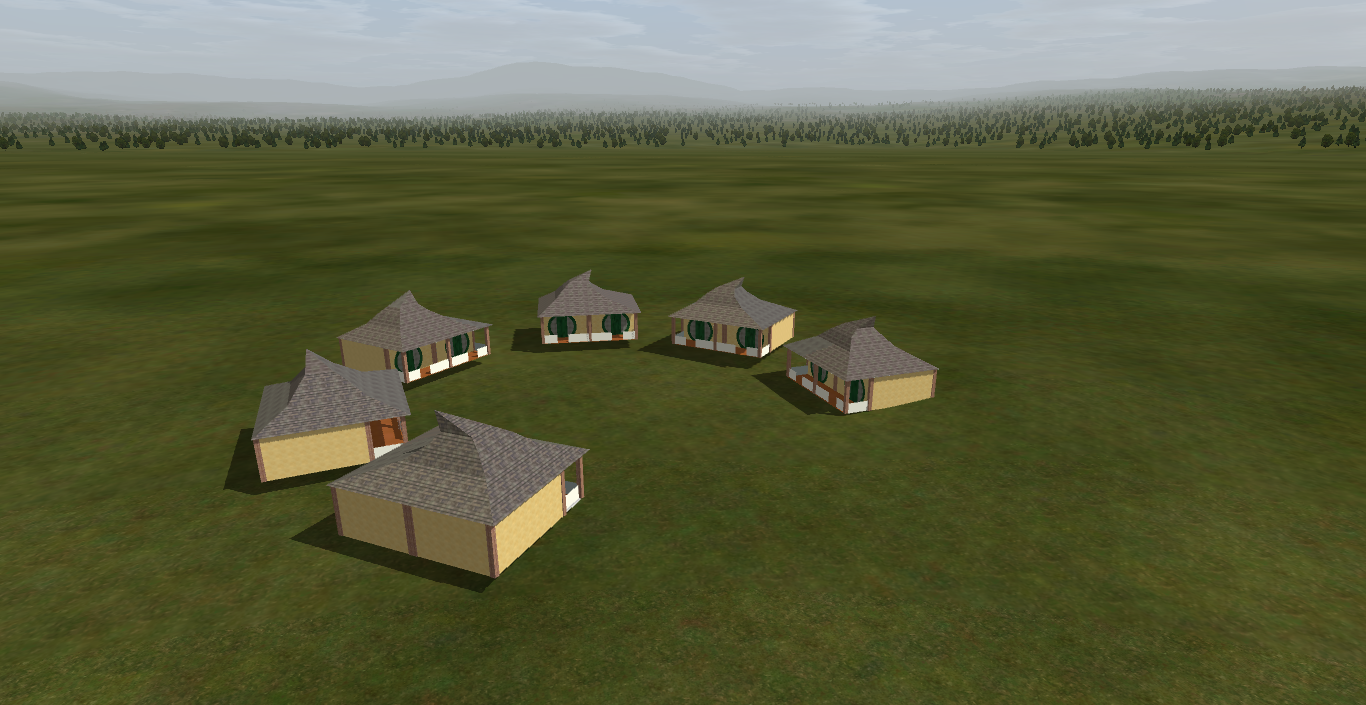 An Oblivion focused update this time. With TheCodeMaster spending his first ever trip to Alton Towers yesterday, he's spent a lot of time working on Oblivion's station. This is what he's produced for it so far! 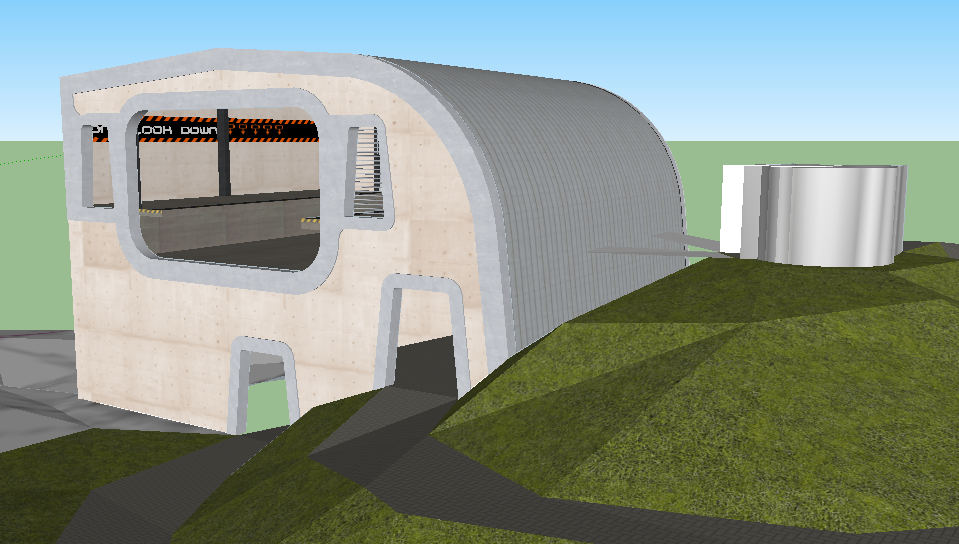 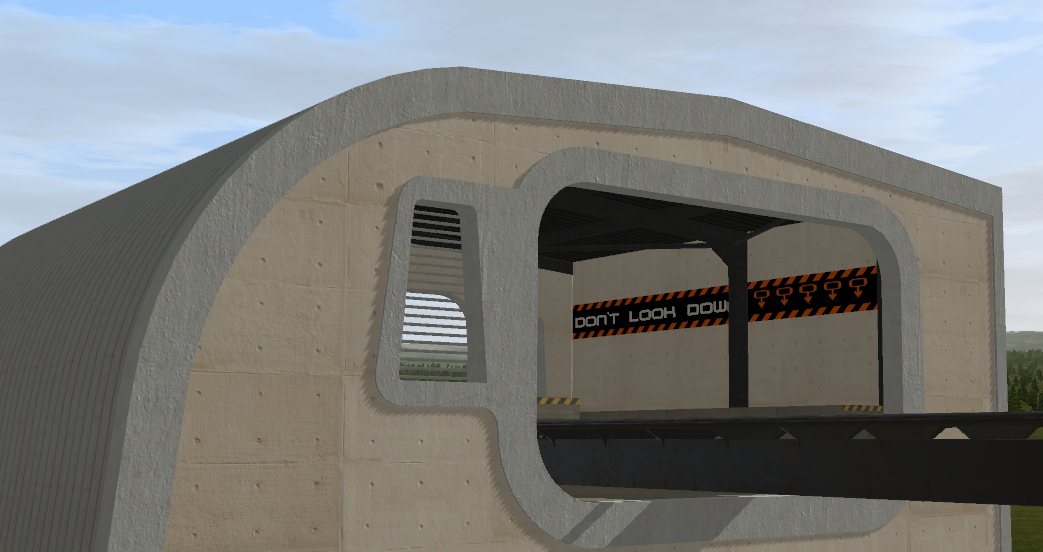 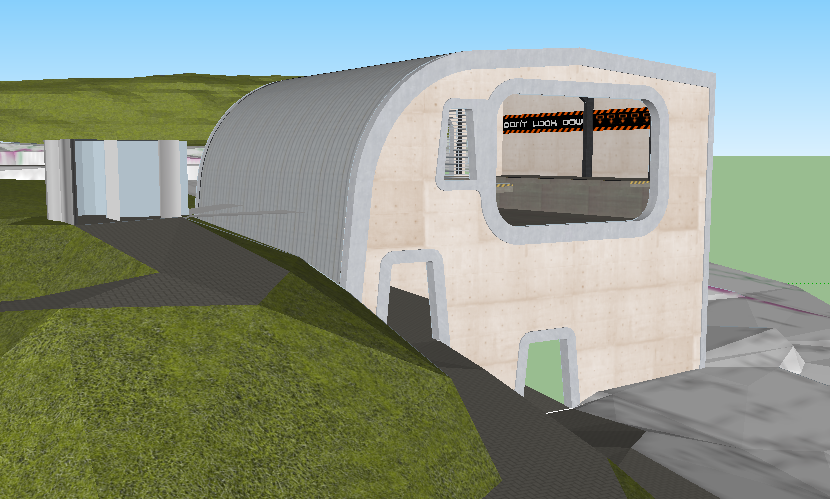 Things are really getting back into swing now, Boz has now finished the Skyride cars, with the clamp to attach to the cable painstakingly modeled, these cabs will have a slight swing in them, completely realistic to the real skyride

On top of that, we've got TheCodeMaster working hard on redoing The Smiler's trains, as well as continuing to work on Oblivion. 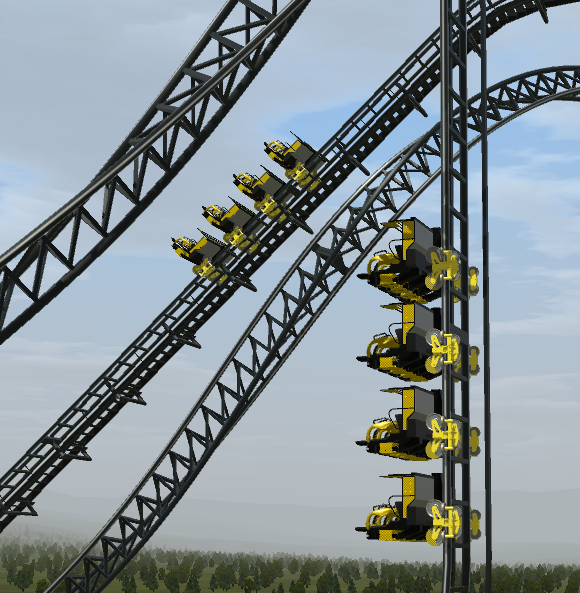 To follow on from Boz finishing the Skyride, Dave has put a short video together showing the new cabs in action, with help from Code, who's scripted a slight swing into the cabs. This ride will be done with effort from all the team, with myself producing the wireframe path the cabs will follow, Dave recording the audio to get played in the cabs, Boz having made the cabs themselves, Coaster-inc for making sure it all runs in the simulator smoothly, and Code for scripting the attachment and swing and effects. Enjoy the video!

I'm loving how this project is progressing! Keep it up

An unexpected turn, as we weren't aware we were ready to post this yet, but here's a big update from Forbidden Valley!

Air: Dave and Coaster-inc have been spending loads of time working on the small details of Air, particularly around the lift hill. Lots of pictures here, showing the amazing trackwork that Dave's produced, the level of detail both of them have gone to on the tiny details of the lift hill track and catwalks, painstakingly modeled right down to the cable ties, and some cosmetic shots where we've put in some grassy textures to show how the area is shaping up! 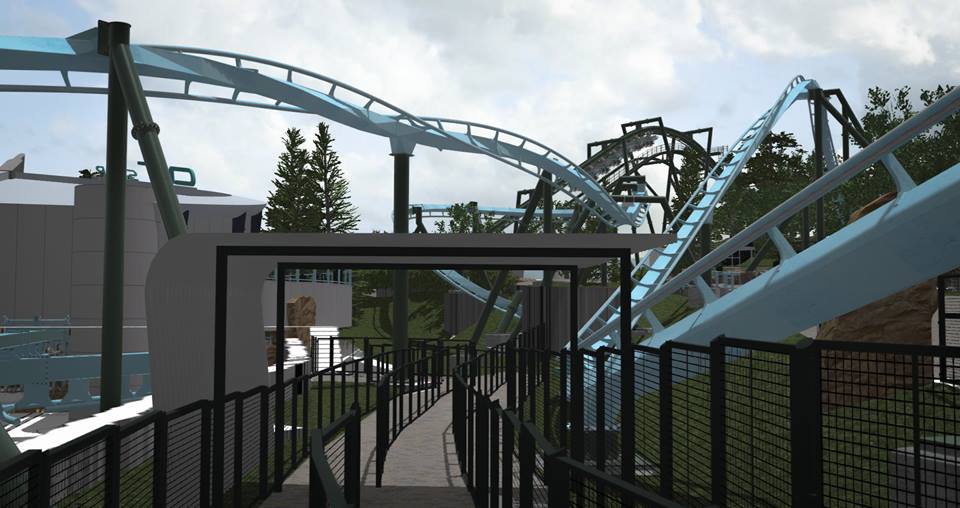 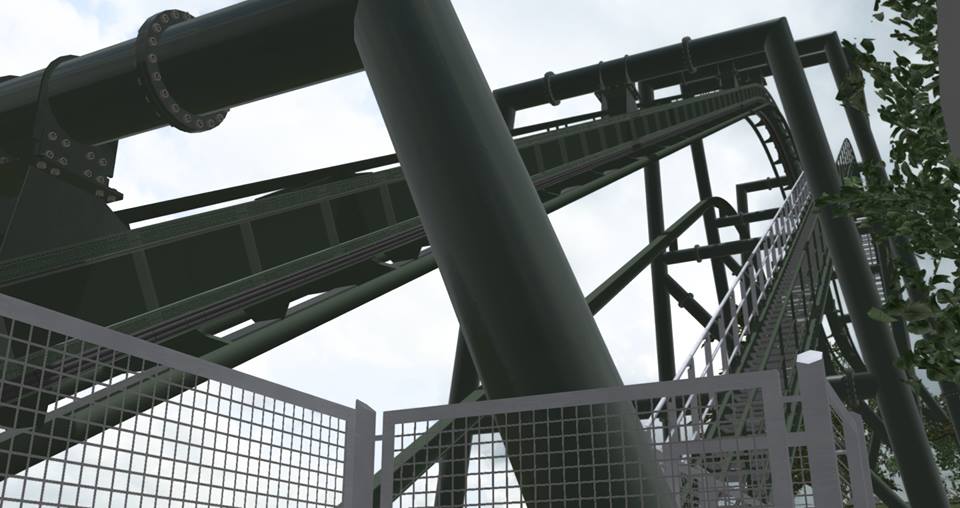 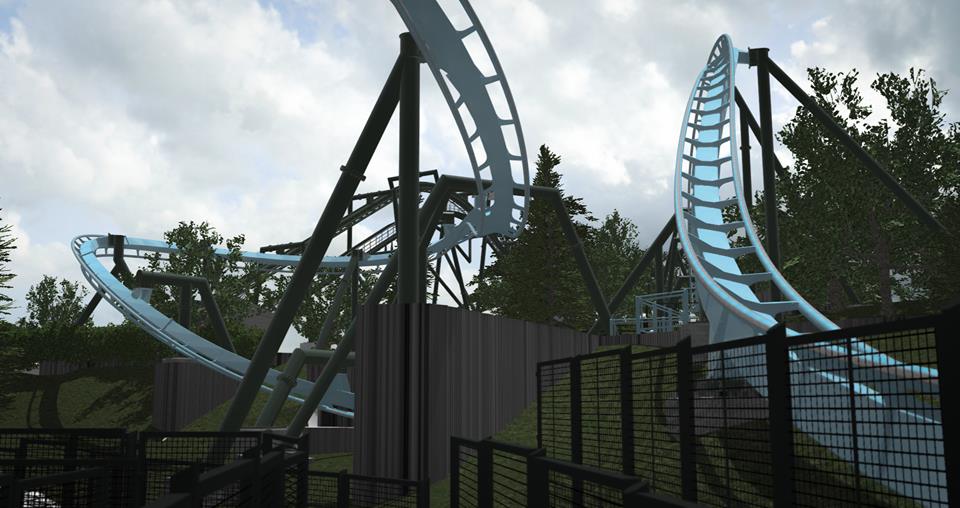 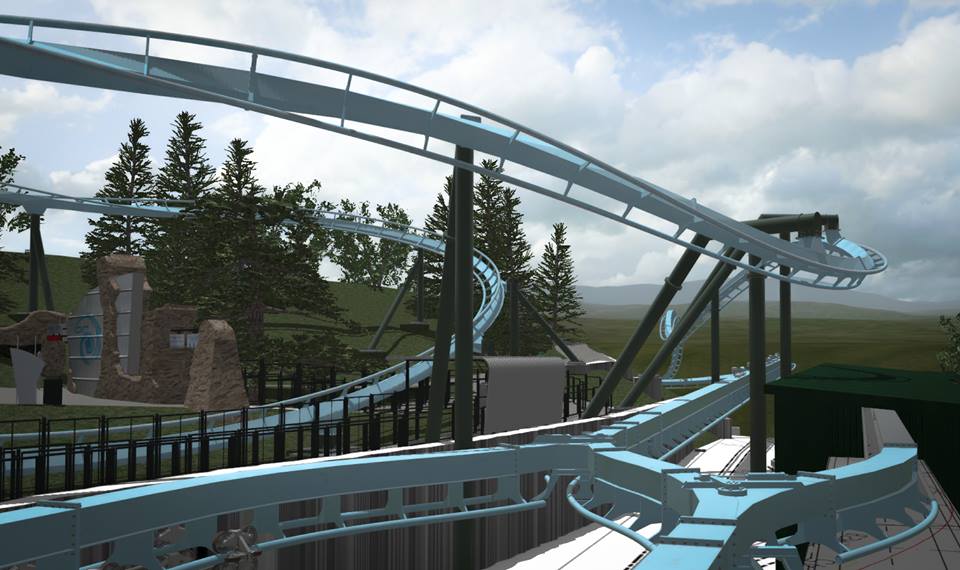 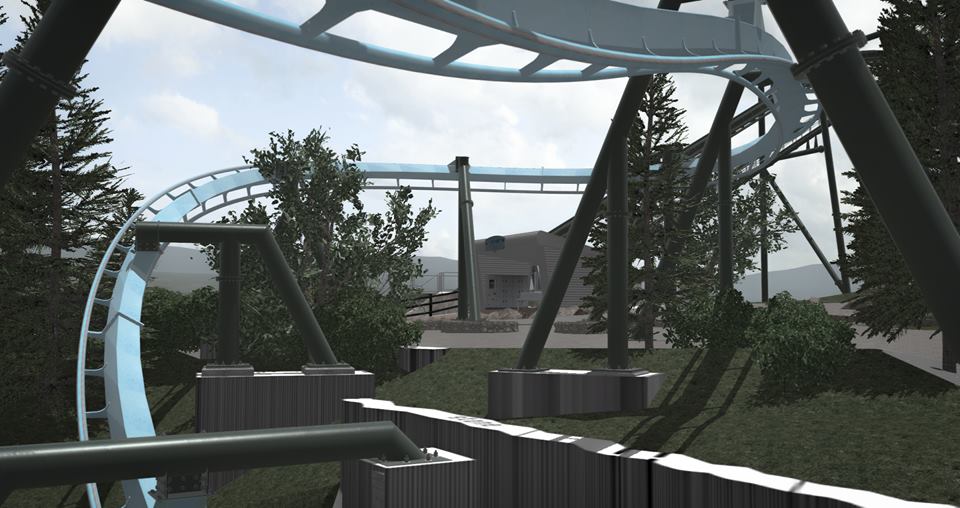 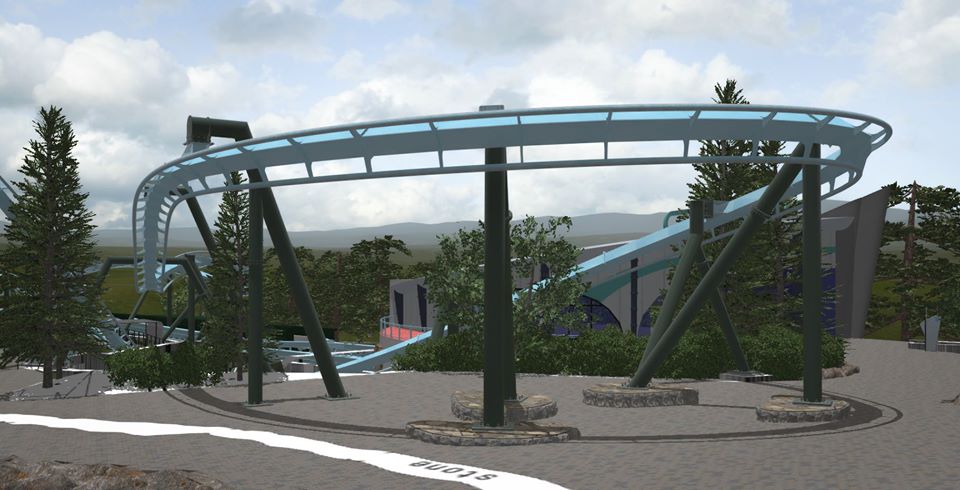 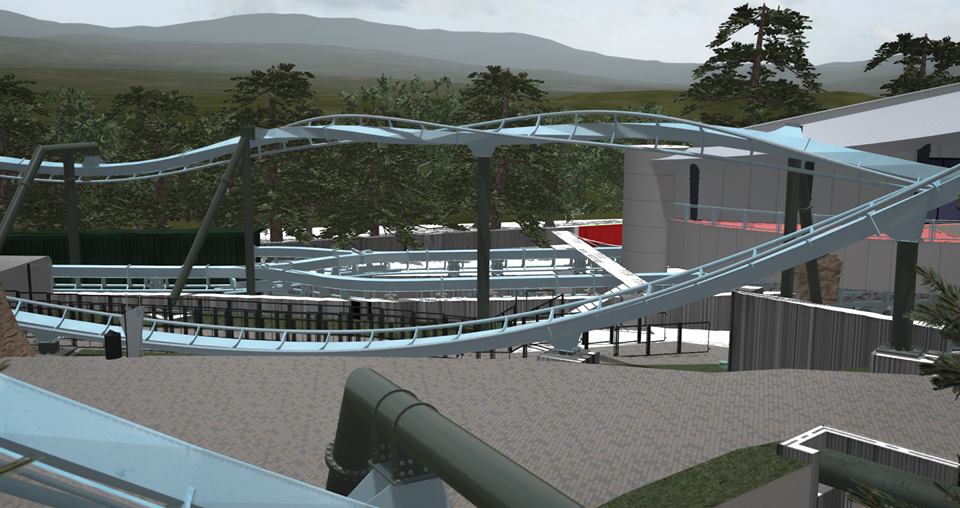 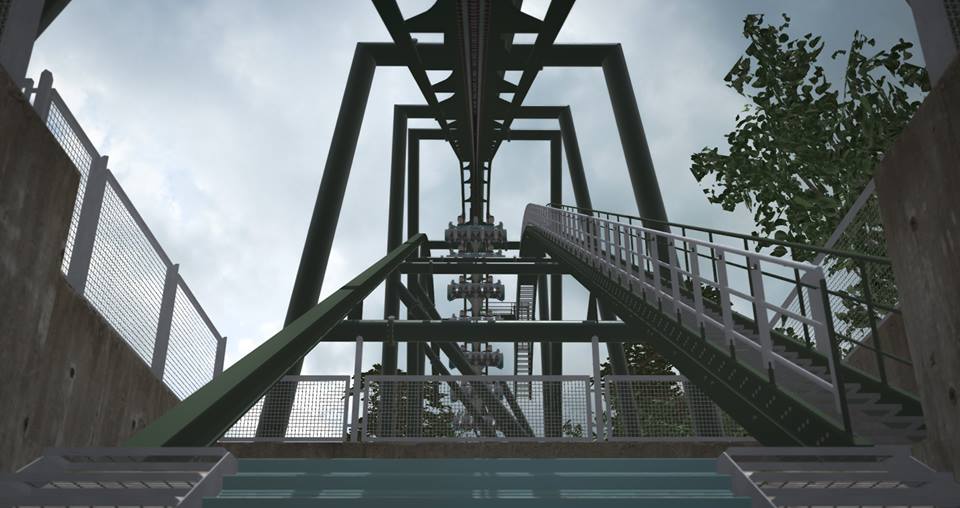 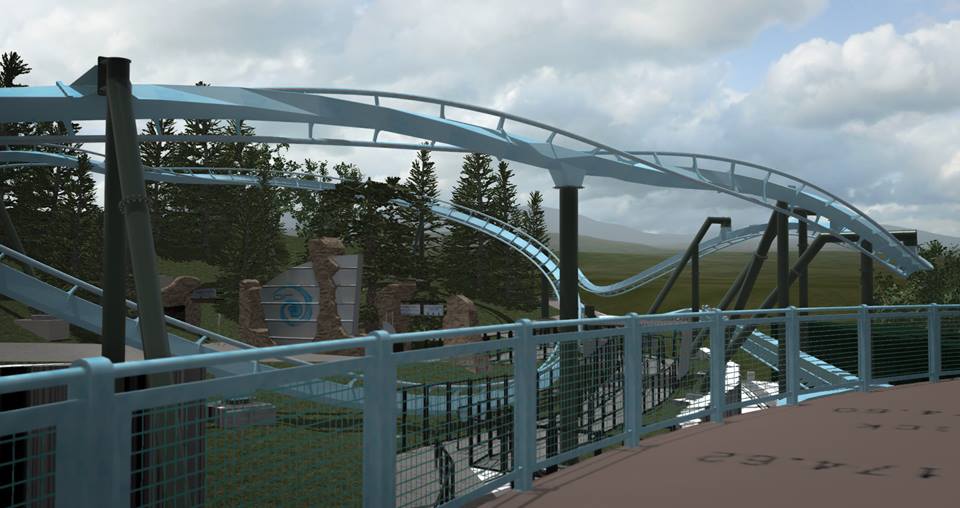 Wow! That is just amazing! There's a few photos there (where everything looks finished) that you could easily mistake for real ones, especially with the skybox. Well done!

Is the monorail being included in this so you could actully get on it to the park from the car park! It would be pretty amazing as well as soundeffects! @Sam: Thanks for the positive feedback, it's always appreciated! The skybox is just one of many that Dave has a talent for making, he ended up releasing a pack of really good ones on NoLimits Exchange, but there aren't many of them.

@Th13teenloverboy: We as a team decided when Boz's Project Towers and Coaster-inc's Project Nemesis 20 merged and we became a full fledged team that we'd expand to not just only the entire park, but the whole of the Alton Towers Resort. So to answer your question, yes, the Alton Towers monorail will be included, fully rideable, and we're even considering the default 'spawn' place to be outside the front of the Splash Landings monorail station. But there's nothing definitely confirmed yet

How will the Waterpark work? Just water effects down some scenery? Or a custom ride type or something?
Top

At the current moment, we don't have any plans to make the water park interactive, as NoLimits 2 is unlikely to support it. But to be honest, we have our secrets, so if we found a way to do it, we wouldn't announce it, there's got to be an essence of mystery, of not knowing about EVERY little thing we've included. So all I can say regarding the water park is you'll have to find out for yourself when the day comes that we release the park

The NoLimits Coaster Facebook and Twitter pages hold a weekly 'Screenshot Saturday Madness!' contest, and we believe we're ready to enter this week's round! Here's our entry, If you think we should win be sure to like the screenshot!

Personally I think it's too busy, you've chosen a slightly odd angle considering the amount of track there is in the photo and the lack of particular scenery. Air has a very light and spacious area and in this picture it looks quite busy. Maybe if you chose a slightly different angle, with less track sections and more of your own scenery involved, it would make a better picture?

The second part of our teaser for what's coming next, courtesy of TheCodeMaster! A new development is in the works... 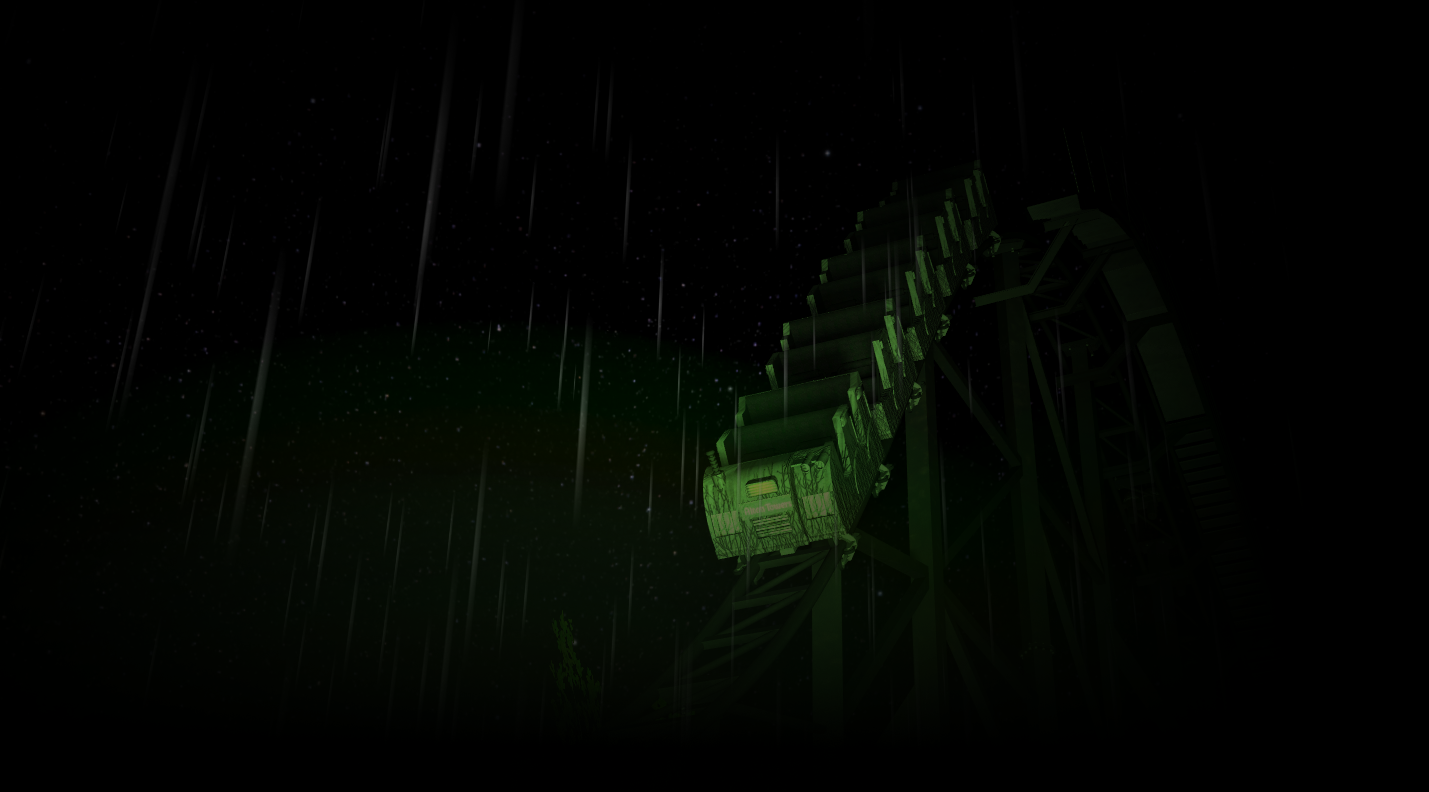