After 8 long months of work, the Hex pre-alpha demo is here and ready to play! The link to the download is on our Facebook page! We hope you enjoy playing the very first look at what we're going for here, and also that you stay with us throughout the future, as we move on to Phase 1 soon, which will consist of a completed Hex, The Towers and lawns, and X-Sector!

Of course this is pre-alpha so it won't be perfect, there may be bugs, but it's all a work in progress and we'll be constantly working and improving!

Thank you all for your continued support up to now!

Just tried it out, you've definitely managed to capture some of the rides atmosphere. Seeing the initial starting area outside it certainly looks pre-alpha but as soon as you step through the doors I could tell how much effort has been put into Hex. The build up, detail, sound and especially the lighting is top notch.

In the actual ride portion as soon as it began to move I started getting sporadic jittering of the camera flashing back and forwards, though it says a lot that even through that I felt a little tinge of the disorientation I feel when the chamber is spinning in real life.

Definitely can't wait to see more down the line.

What an I say? its fantastic! apart from the bug with looking around outside (managed to get my head stuck looking down

) and issues with jittering audio in the ride portion (likely problem on my end) it did a brilliant job of capturing the atmosphere of hex! I managed to somehow miss the cinema preshow (Audio was there but I mustn't of reached the end of the room with the screen, not entirely sure how)

overall, I would give it a 9.9/10! For pre alpha it's close to perfect, well done to everyone involved!
Top

Now, we've been out for nearly a week and to my understanding, some people have had some trouble running the demo at high frame rates or even launching the application. To guarantee everyone a chance to see Hex in all it's glory, we've put together a video walkthrough of the demo on ultra graphics settings! Enjoy

I shall never grow tired of that powerful Smugface.
Top

Don't look down! Whilst everyone's enjoying Hex: The Legend of The Towers, we're moving forward with Phase 1 of the official release, confirmed to be X-Sector! Here's a picture of TheCodeMaster's amazing work on an Oblivion shuttle! 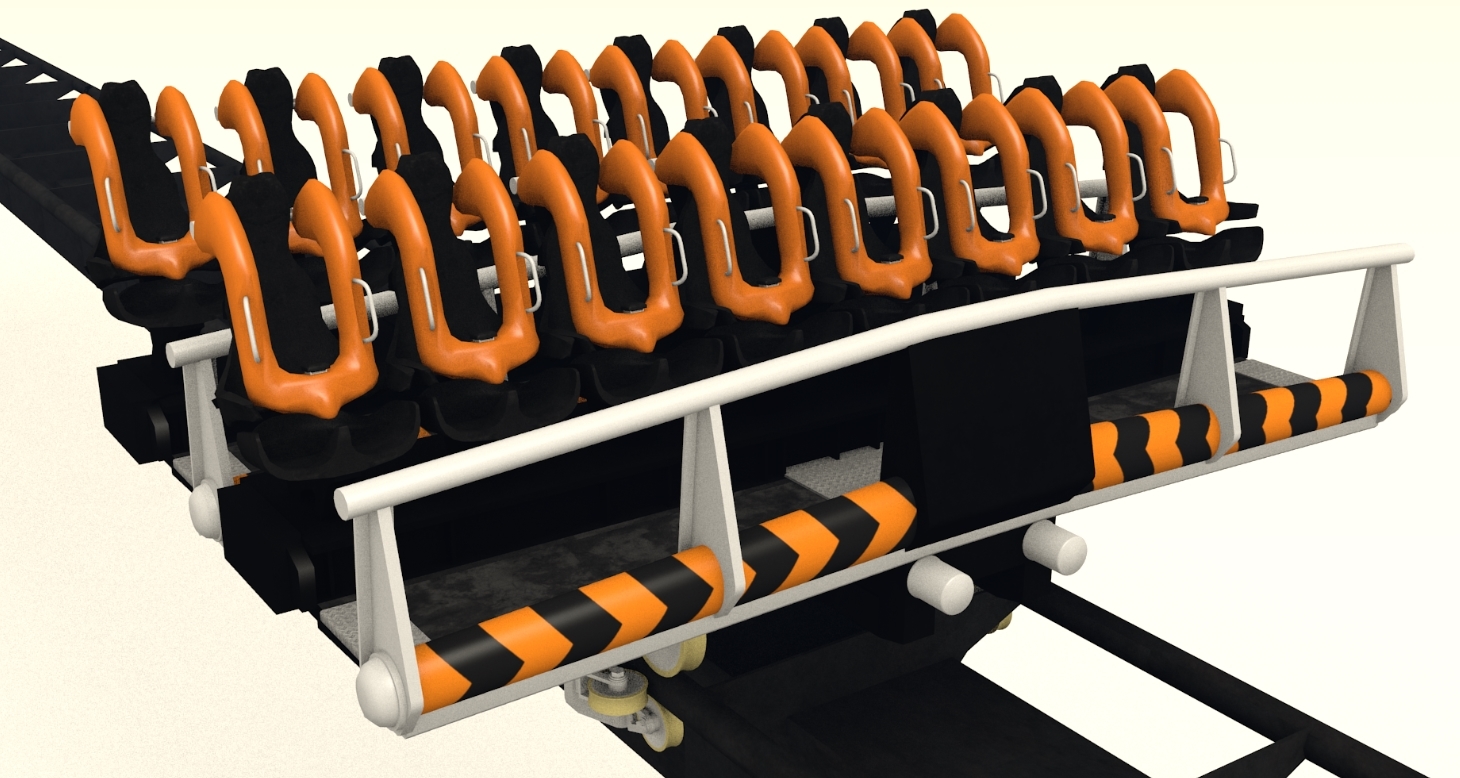 Boom! We hit 1000 likes tonight! Thanks to everyone that's got us this far! From now on, it's big things, working in Unreal to bring out some of the most complex parts of the game yet, getting the titan roller coasters of Alton Towers themselves working in this game engine!

Here's a bunch of screenshots of X-Sector in the Unreal Engine, complete with some pics of the recently modelled Oblivion shuttles! Enjoy, and here's to the next 1000! 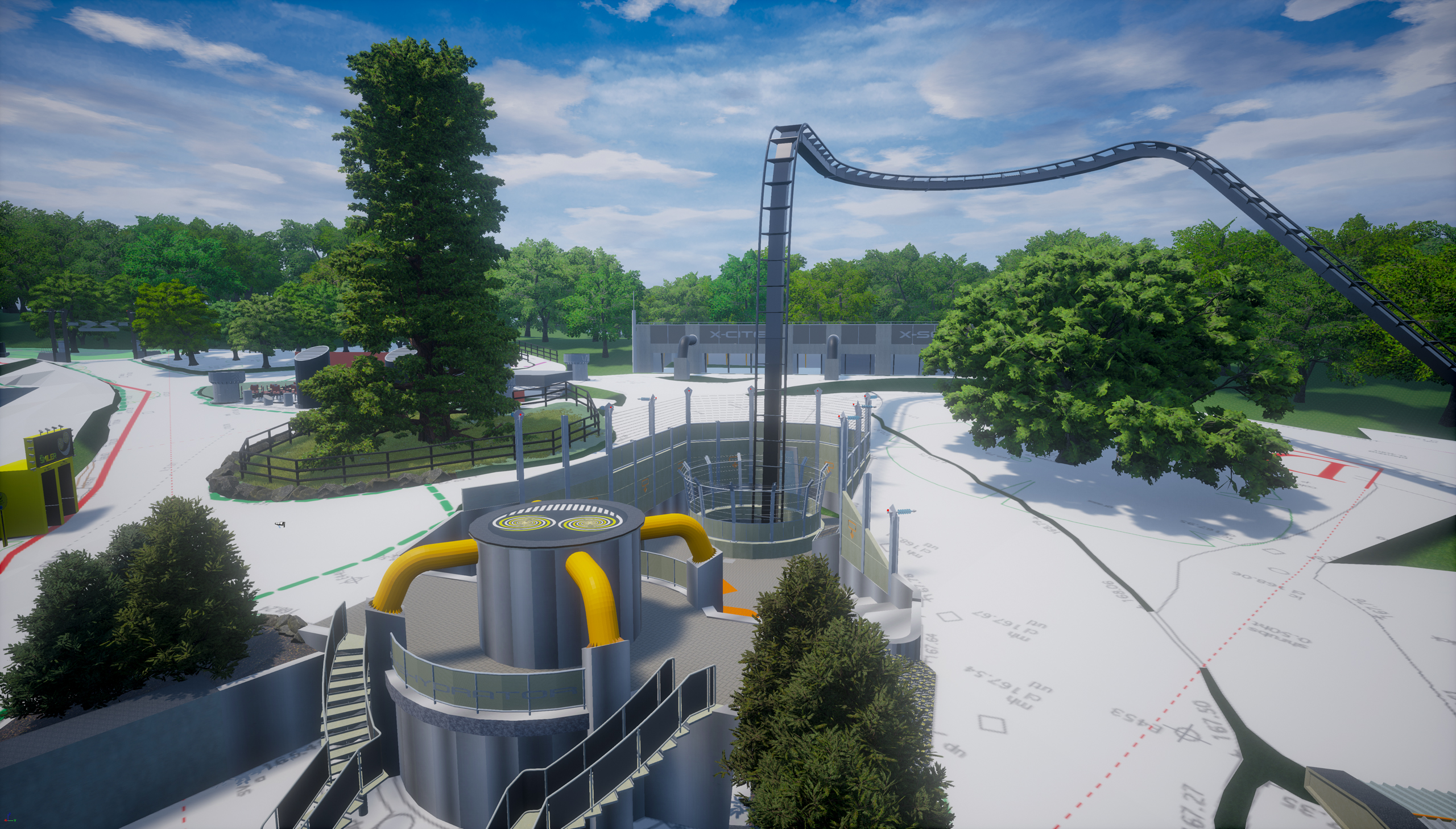 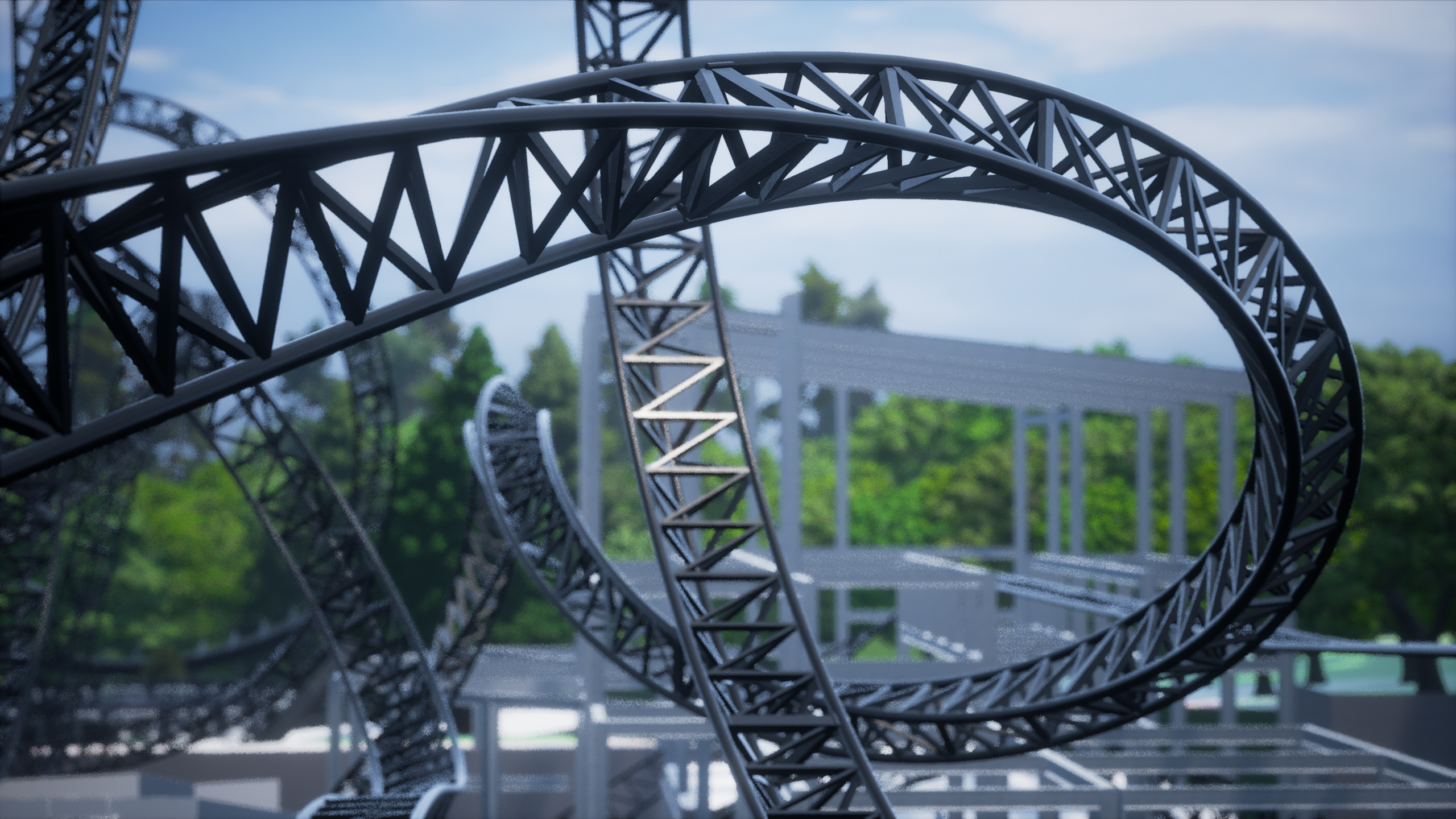 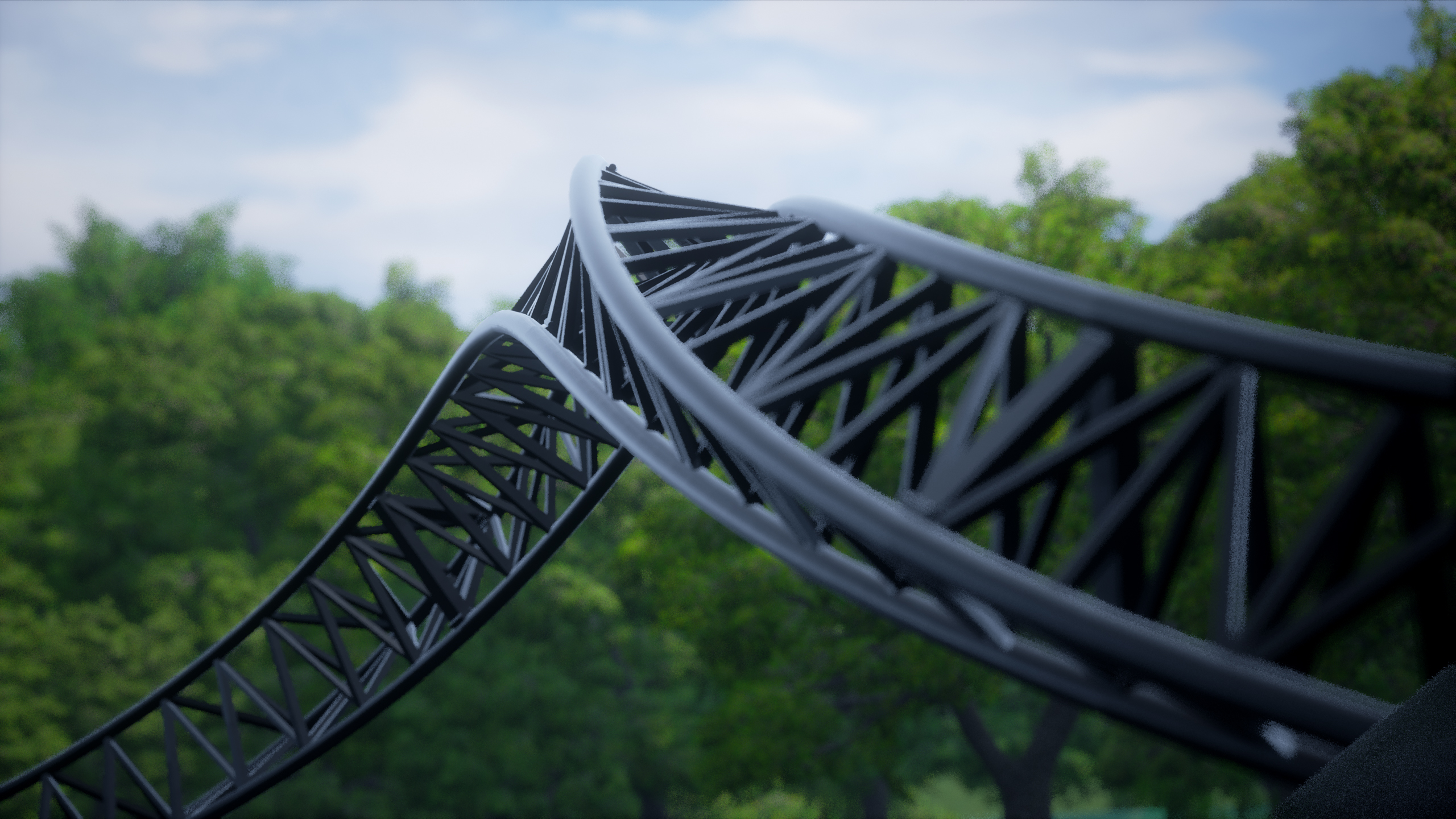 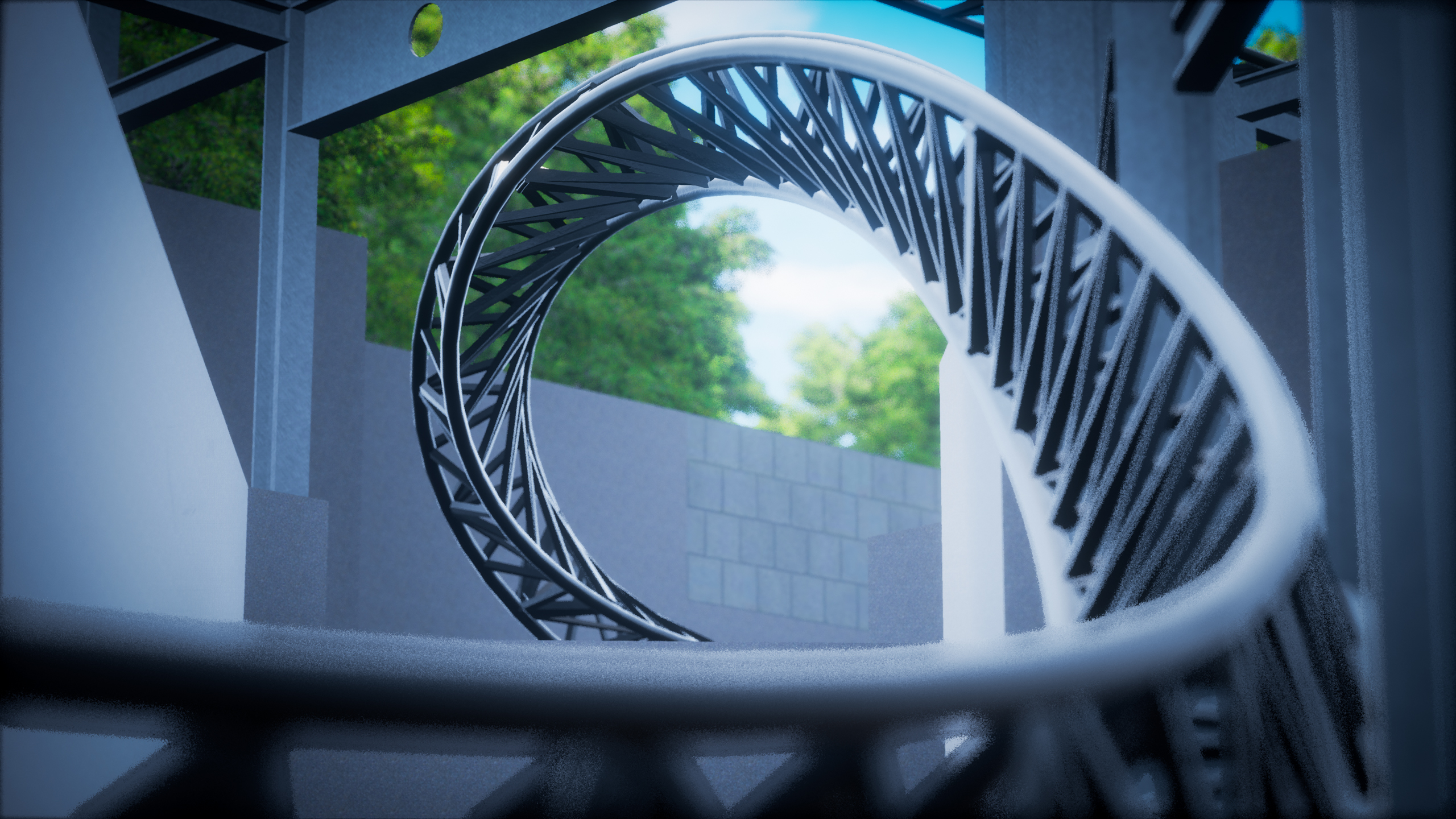 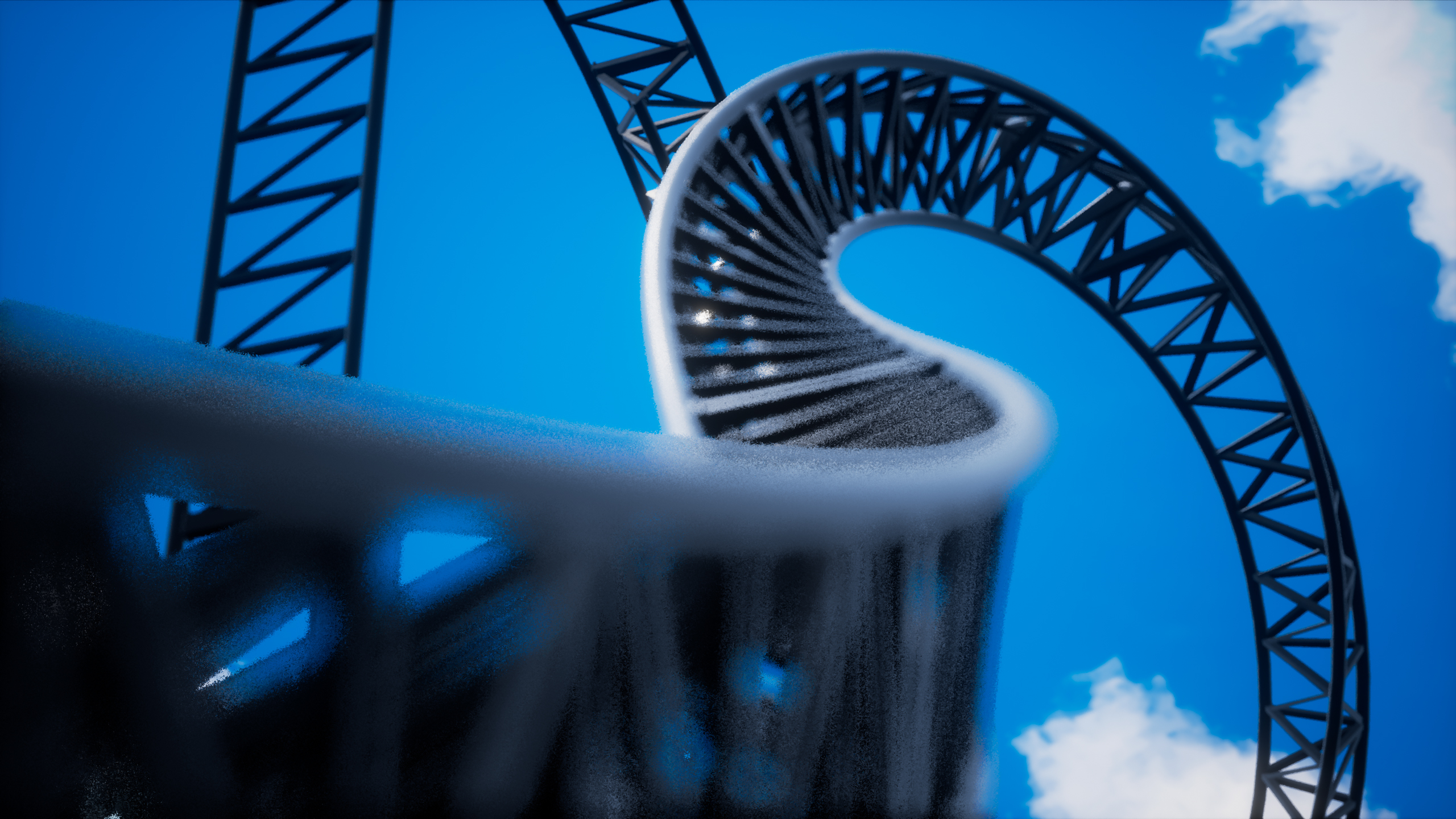 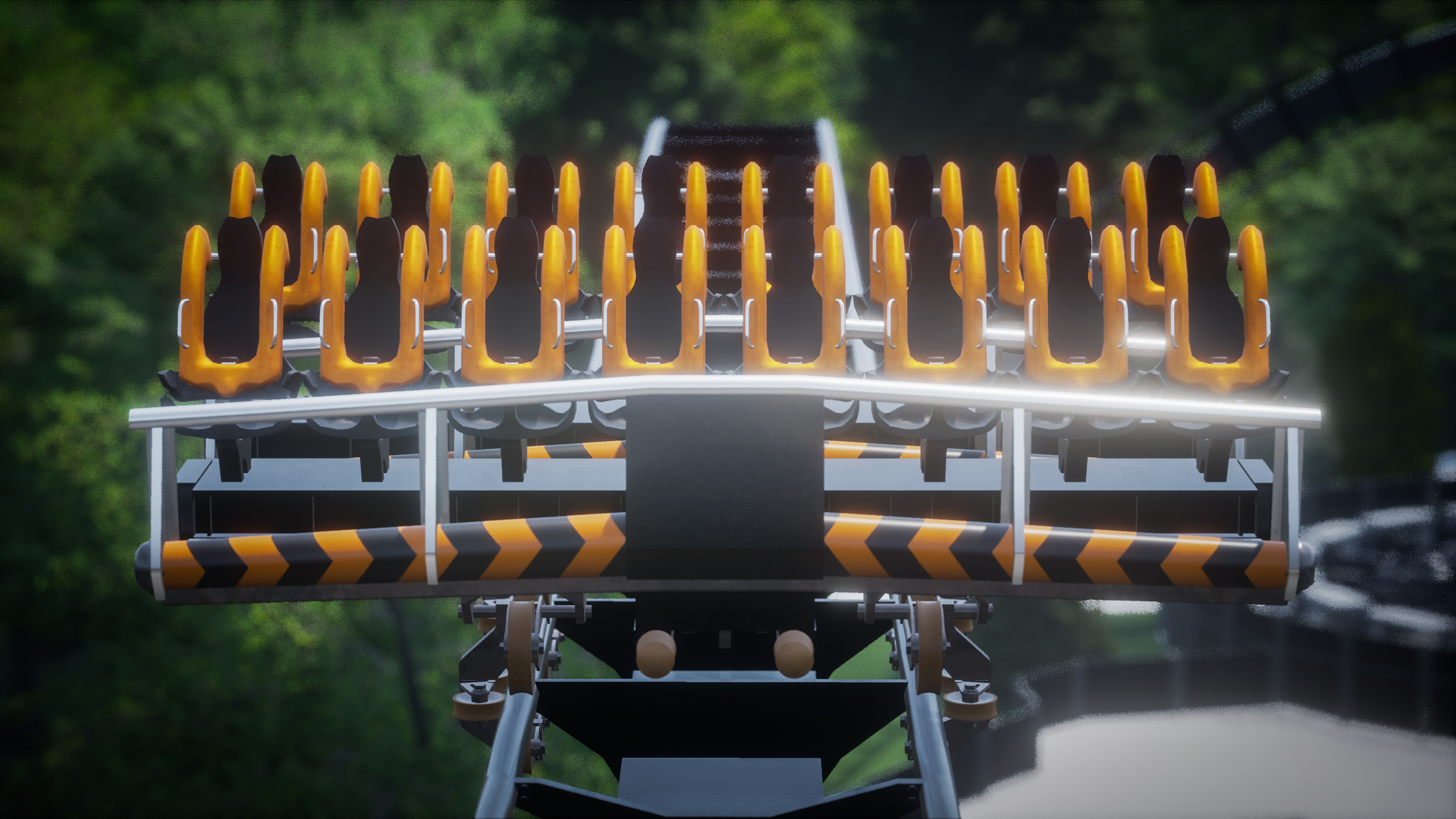 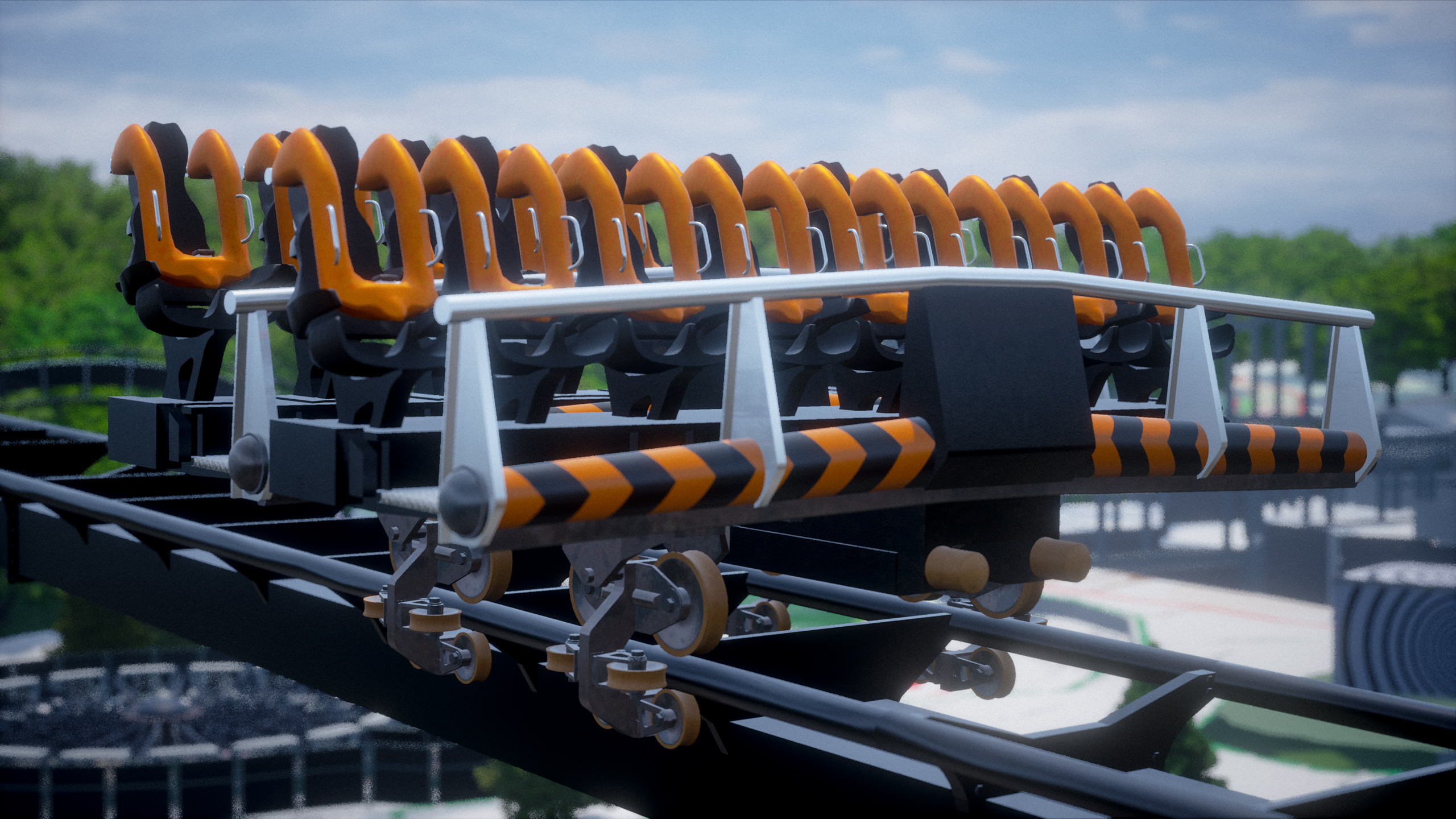 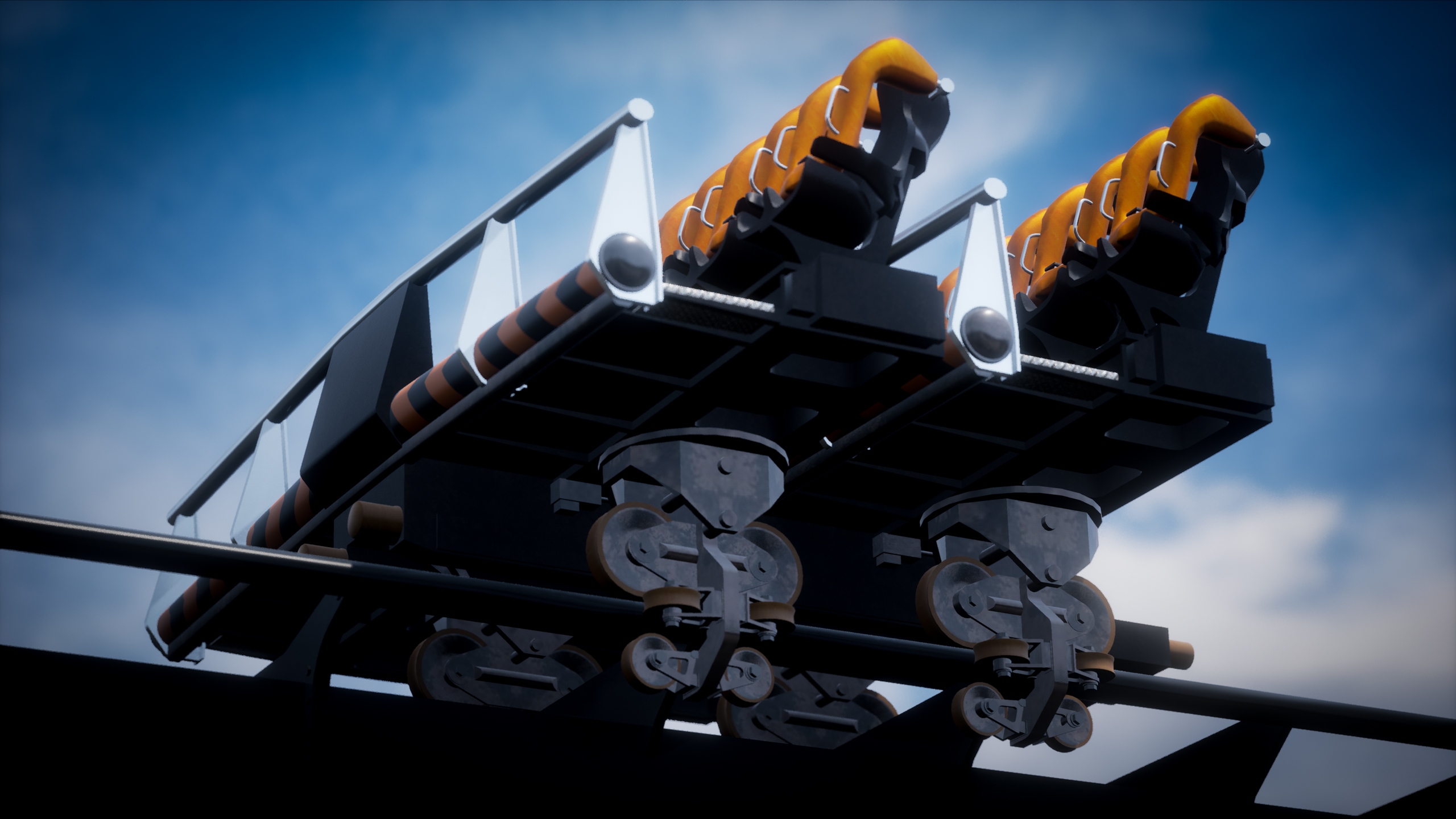 Each update just shows how quickly this project is expanding and with such fine attention to detail. Very impressed, keep up the good work!

Wow, this is looking incredible! I just wish everything was as shiny and new looking in reality!!
Life is a roller coaster. You can either scream every time you hit a bump or you can throw your hands up in the air and enjoy it.
Top

Unreal is a cracking engine, and you guys are doing such an awesome job with this. Well done!

Thanks for the great feedback everyone! Now, I recently handed over the work on Oblivion's track entirely to Dave, as I've taken over landscape modelling, on top of my extensive work on The Smiler. As you can imagine, all this on top of a job has me quite tired and unable to keep up on everything at once. So Dave's now responsible for Oblivion, and has spent the past couple of weeks working on the track. We now have it looking incredible, and he's made a short preview video to show! Enjoy

Wow! Fantastic video showing Oblivion there. Yes, I had noticed that the On Ride Photo sleeve had the dimensions too! (After looking carefully!) You and your VTO Team are very talented at CAD design, cinematography and coding. Hopefully, Merlin know about this and recognise you and the Team as fantastic people, and I think that when the full park is uploaded, get it out there and get as many people to play it as they will understand the realism and the dedication you have put in to this! (Sorry for it being overly cheesy but I can not thank you enough for making a game for people to roam a 'real' Alton Towers!) Cannot wait for Phase 1!

Well soon enough, we've already posted an update on our page, and we've officially decided and defined the extend of the landscape for Phase 1. This will include:

This opens up plenty of opportunity and ability to see various concepts realised across the landscape, like natural environments on the front lawns, and complex architecture in the Towers! Here's a work in progress screenshot of the landscape as it's currently standing!

Just tried this out, incredible stuff - glitched a bit and ended up sitting backwards on Hex which was an experience! No idea how on earth you got all the audio, but really good work. If it had Vive support I'd probably have lost a day in it.

I was in the process of trying to re-create bubbleworks (since it's closing down) but completely underestimated how much time is involved in hunting down plans and nice high quality photography to base the models and texture work off, spent days just on the station room!

Are you still using Sketchup? and do you mind me asking how you do queue-lines? At first I was creating individual elements then placing them individually in UE4 - which makes sense, but worried about locking myself into UE so started making entire rooms as single objects which seems to speed up the 3dsmax > unreal engine process somewhat, Any advice you can share?

Don't suppose you need any help do you? Would much rather work on a team project than solo if you need anybody to create models etc. Massive fan of the haunted house so would love a chance of modeling some of the interiors. I notice you have a mock up for Galactica, so curious if you have decided on a 'cannon' season to base the park on, or if it'll be a mix and match of old and new.

Thanks for the hard work!
Top

Hi there, apologies for the massively delayed response! It's been a while since we've had enough for a major update as almost the entire team have been burdened with a heavy workload. Working full time on top of this means that sometimes we'll slow down with producing work. However, there's plenty to show off now!

Regarding your query of a 'canon' season for the Resort to be based on, we plan to continuously update the game as the park evolves. So by the time we're creating Mutiny Bay and Katanga Canyon, SW8 will likely already have been built and opened. As for the retro version, whilst we won't include these rides in the entire park, there will be plenty of easter eggs to learn about the history of the Resort, the ruins, and the rides themselves!

Now for the updates! Unfortunately due to increasing responsibilities in personal life, Ben has departed from our team for now, but his position remains open, in the hope that he can eventually rejoin us. As a thank you for his work this plaque will sit in Hex's armory!

Meanwhile, work is progressing on building the 3D models for Oblivion, including the queue line buildings, the track itself, and most recently, the old planetarium projector that sits in one of the buildings!

All the while, the team's continued to visit the park, including what unfortunately was the most incomplete team meet yet, but in September several of us returned together for a few days. Two videos have been produced since then, one is the meet vlog, the other is the 'sequel' to last years cinematic 'Alton Towers Resort 2015' video!

As always many thanks to everyone for your continued support and I look forward to bringing the next major update!

What's that? You want a sneak peek of Phase 1? Here you go!