My next ride should be coming soon!, It's quite an exciting ride, utilising a few never seen on this ride type before elements!

I will be bringing you Project MSX! Anyone want to guess the coaster type?

by Max
X-Car by any chance?

by Ryan.B
Nemesis Nosh got it!

by Ryan.B
I've completed 2 coasters over the last two days, and put a video on YouTube, I'm having major problems with the exchange and I don't know how to sort them so if anyone knows how to get a password reset without error 500 that would be great!

I bring you all.. Purple Flash! 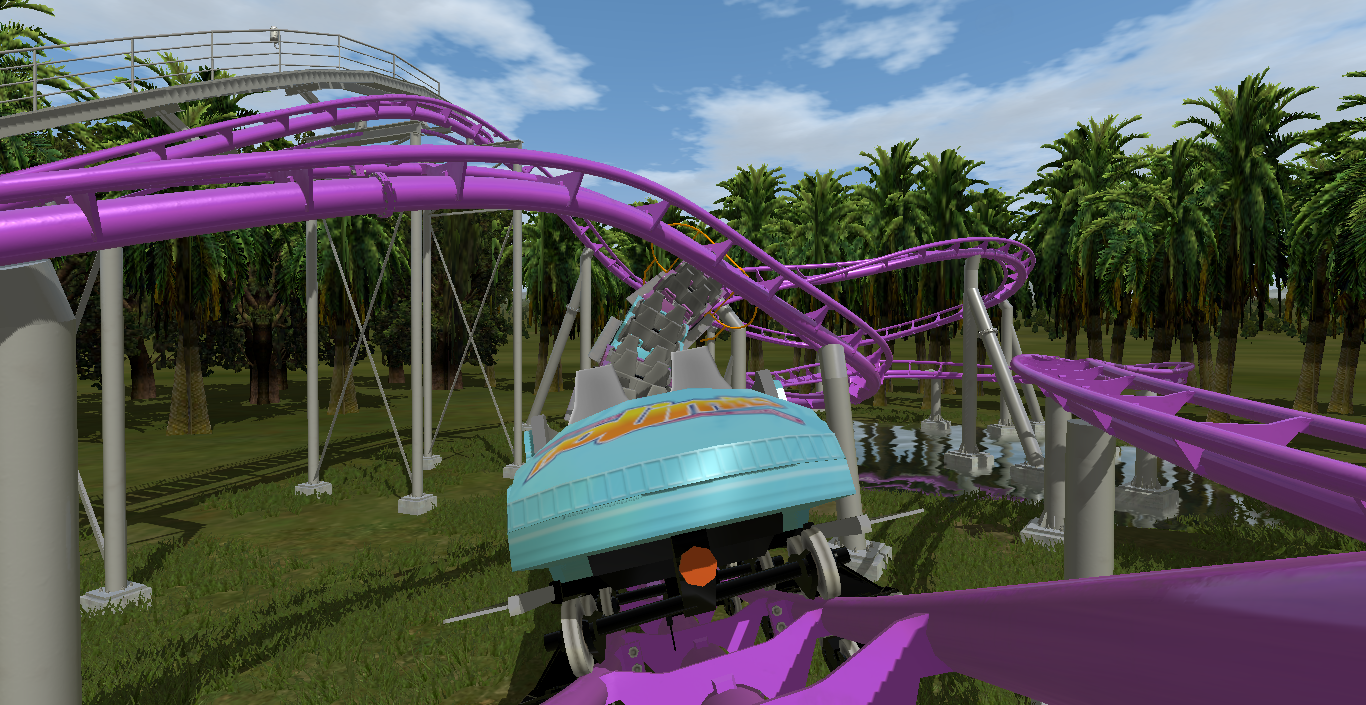 by Ryan.B
Been a long time since I updated this topic, but I am bringing which is possibly my favourite ride I've built yet, I do have a few more, but this is reasonably smooth and realistic. I bring you all The Joker! https://www.youtube.com/watch?v=NtTCNJB-2bw

by Cobby
I love how smooth the track is and I think it is very good layout. However my only advice would be to top the it with codes RMC track and I'd turn off the catwalks as RMC's don't have any catwalks on them, other than the lift hill and the brake run. Other than that I think it's a good ride.

I will try and improve new RMC's when I next make one, but my current projects are a Schwarzkopf and a Gerstlauer Bobsled with a custom layout!

by Cobby
Interesting! I can't wait to see them as it is a coaster type that not many people use

by Ryan.B
BUMP!
I've got back into NL2, and I'm currently creating a Mine Train coaster, but can't quite think of a name for it! Has anyone got any ideas? (also mind the excessive trees, and anyone ITK with terrain in No Limits 2, any ideas how to make it look better?)
I've tried 'theming' it with some supports, which I think look half decent as well, not a sketch up pro myself, so just the actual graphics and terrain I need criticism on.

Anyways, see it below. Can't really do much more with the layout I don't think (unless anyone has some ideas) by Ryan.B
OK, since yesterday I've decided to start to design a park, and at the moment I have 4 rides. What I need help with is the naming and ideas, and if anyone knows of any downloadable flats then that would be good, because the coasters are going to outnumber everything.

The first area I've built is a wild west area that needs a name, and the majority of rides need naming too. Was planning to add one more coaster to this area, so has anyone got any ideas for attraction 5? At the moment I have:

by Ryan.B
So, over the past couple of days I've been working on an Intamin prefab. All I need now is honest opinions on the shaping and for me to create the finale. (was thinking a 180 turnaround before a helix and some bunny hills. 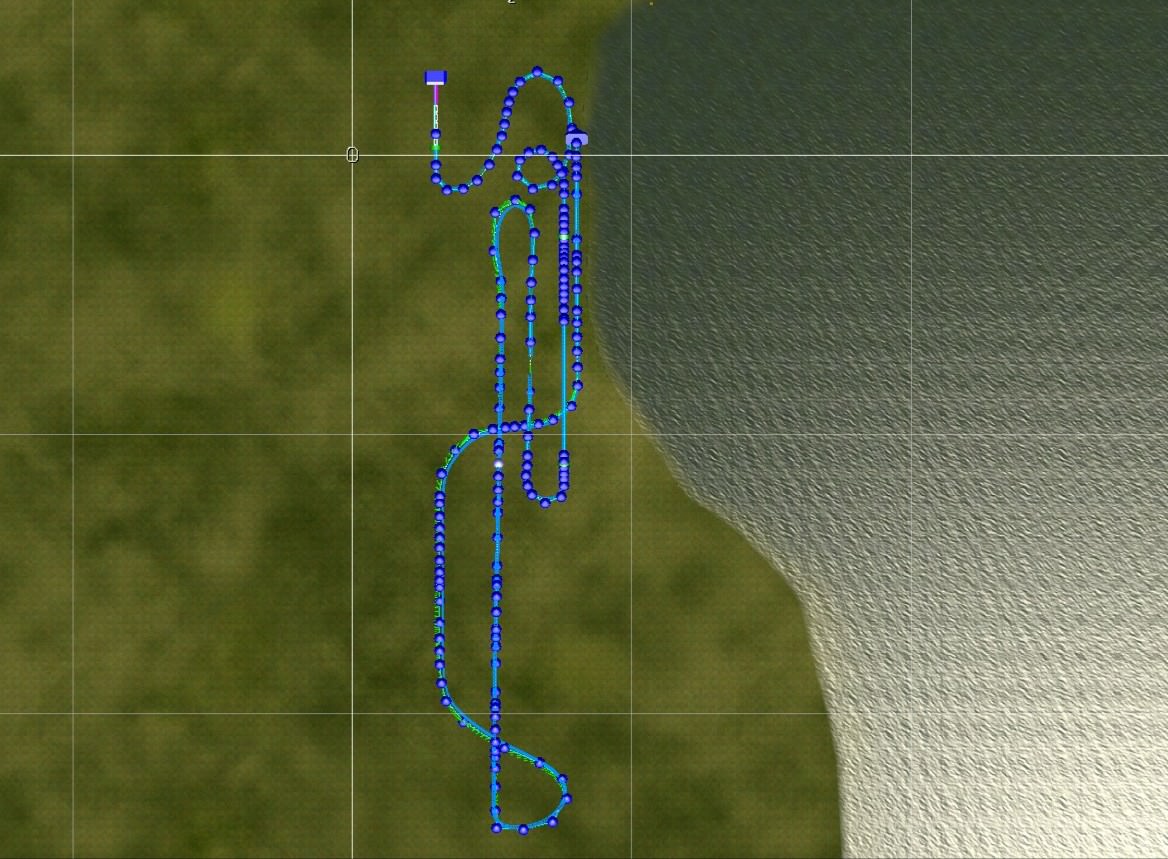 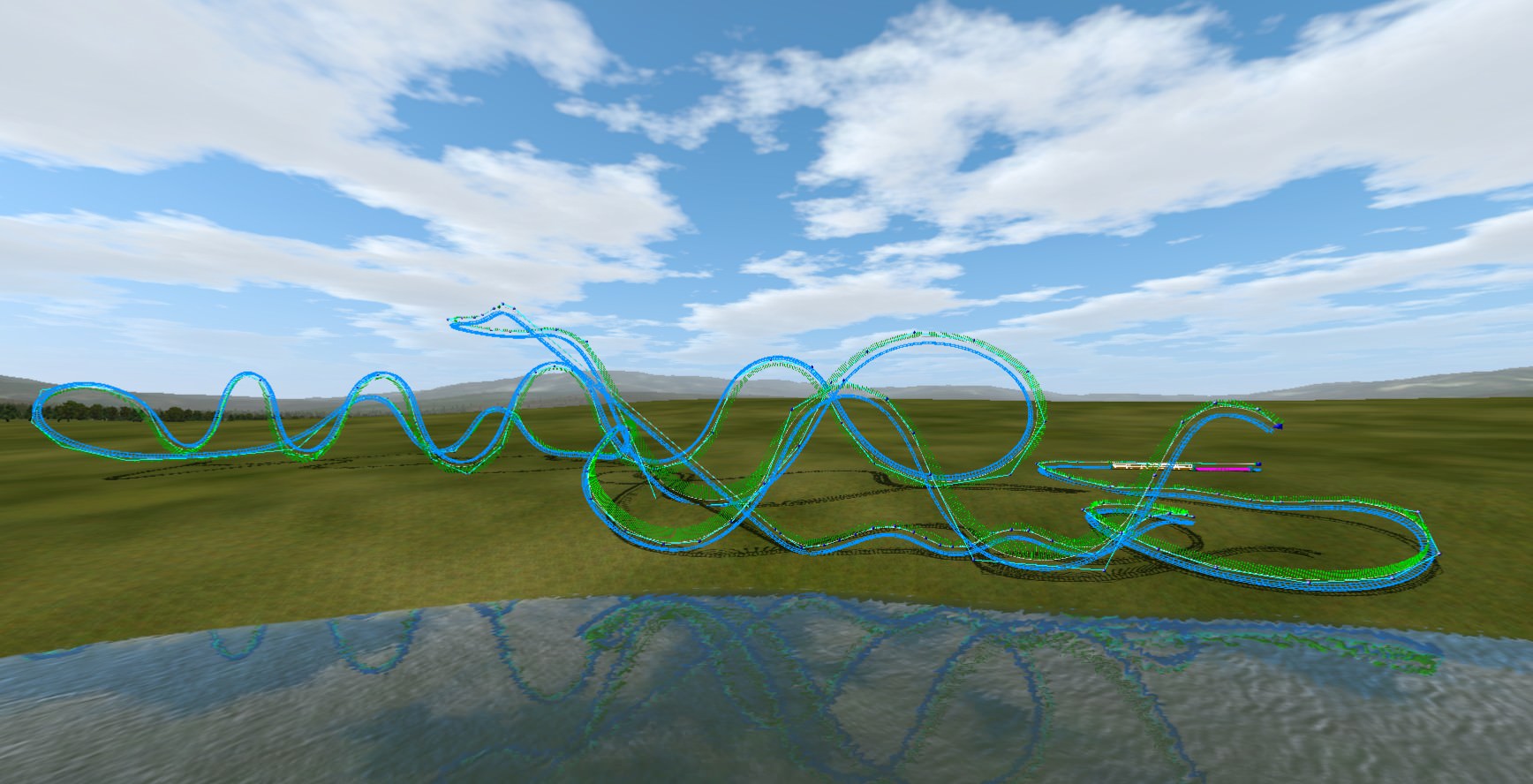 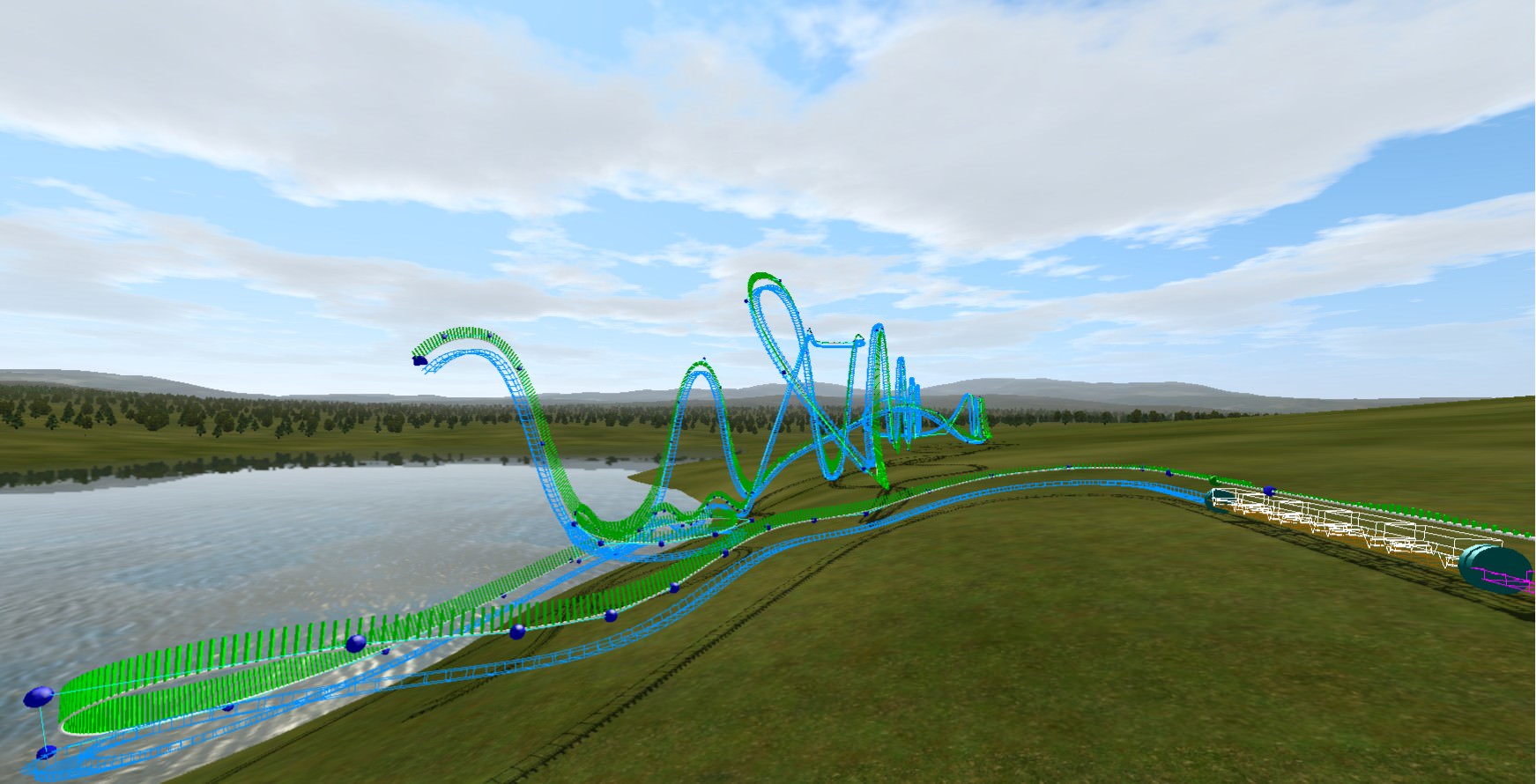 by Ryan.B
I've now completed the ride, supports are generated and it has can run 4 trains, with 13 airtime hills, and maximum G-Force of 5.05 and a maximum negative G-Force of -1.75, and lateral Gs all under 0.75 comes the first new Intamin prefab in this decade..

Bronco - The wildest coaster in the west!